With exceptions such as Jordan Peele’s Us, in recent years big-budget, mainstream horror seems largely disinterested in the political and social commentary that runs through the genre’s history, instead retreading the same tropes and stories that have proven success at the box office (see: the jump-scare laden 2017 IT remake).

Similarly, horror video games and film adaptations have been caught in a loop of reboots and rehashes. The Evil Within series aside, most mid-to-large scale horror games seem to be either another Resident Evil remake or based on existing film properties, such as Blair Witch or Alien. Meanwhile, it is difficult to deny that video game film adaptations (of which there exists a negative stigma) are also betting on nostalgia to draw in audiences, playing it safe with their on-screen portrayals of well-known franchises like Tomb Raider and Sonic the Hedgehog.

At times, John Hsu’s Detention feels like it could buckle both these trends.  A Warner Bros. distributed adaptation of the 2017 horror game of the same name, Detention is not scared to dive headfirst into the potentially audience-alienating surrealism and political activism of its source material, truly caring about the story and message of its predecessor while willing to take its own artistic liberties. Yet, unfortunately, it too ultimately falls victim to the trappings of genre expectations and cliches which, when combined with fundamental structural issues, makes Detention’s moments of greatness all the more frustrating.

Set in 1962 during Taiwan’s White Terror period of marital law (and drawing considerable likeness to the real-life events of the Keelung High School Incident), students at Greenwood High School live in fear. Beneath a facade of obedience to government propaganda, students and teachers are secretly disseminating illegal writings through an underground ‘book club’. After nearly being caught with banned materials during a routine search, student Wei Chong-Ting (Tseng Chin-Hua) finds his fellow book club members and peers missing. The only other student at the seemingly deserted school is Fang Ray-Shin (Gingle Wang), who has a (problematically romanticised) relationship with the teacher who founded the book club, Mr Zhang (Fu Meng-po). While Wei and Fang search for an escape and answers, they must not only confront supernatural monsters and horrifying truths, but their own guilt and skeletons in the closet. 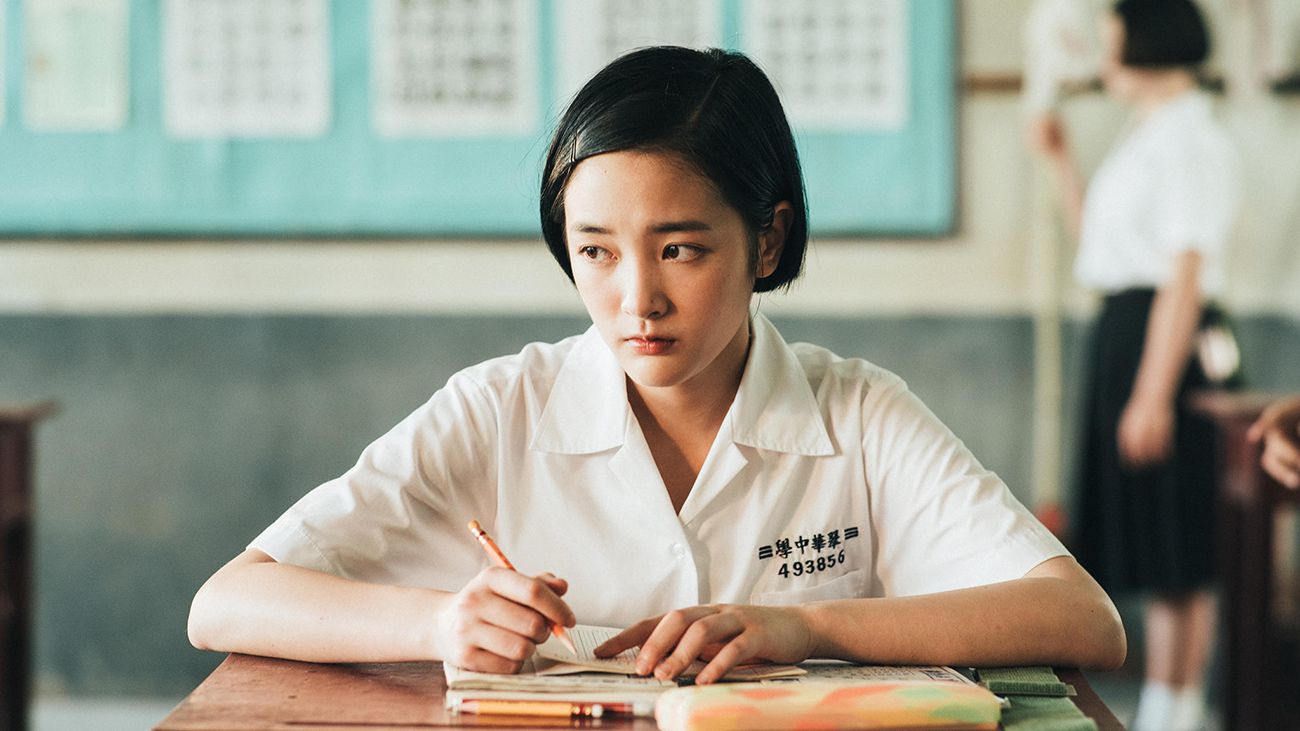 The above synopsis may sound straight-forward, but let me be clear that my ability to keep track of the film’s story, its many dream sequences, and jumbled timeline was completely dependent on playing the game beforehand. Without that knowledge, newcomers experiencing Detention for the first time via Hsu’s interpretation will likely feel left adrift when it comes to the scene-to-scene narrative. The intersection between dream, past and present is especially confusing in the first act, where major structural and story issues are at their most palpable. Skipping all around the overarching timeline, there is no explanation of why the school is abandoned and cursed, dropping its blank characters into the middle of the setting with no warning. The first 30 minutes are akin to a haunted house ride, shuffling viewers through set pieces at a breakneck page with no context or downtime and gives us little to care about when our leads are being hunted by monsters in tense action sequences only moments in.

Worse yet, Detention reveals its major twist only a third of the way through. While not a terrible idea, especially given the film’s focus on the past and memory, constant attempts to restate the magnitude of the moment throughout fall flat. Relying heavily on overly-telegraphed flashbacks, audiences are retold the same information in scenes sometimes back-to-back, feeling both repetitive and condescending. You could cut the entire first act and not comprise any understanding — in fact, what it would gain in a more linear, traditional structure and consistent tone would probably be of great benefit.

Once the film does get past its confusing, largely pointless first half-hour, director Hsu and editor Shieh Meng-Ju hit their stride and finally start to deliver on their surrealistic, reflective promises. Digging more into Fang’s home life, her relationship with Mr Zhang and past, the film slows down and provides the connective tissue sorely missing previously. In these moments, Detention is at its most creative and daring (albeit, still confusing narratively). Small call backs to the game, such as utilising its side-scrolling perspective or the re-purposing of a frustrating piano puzzle into a moment of bonding between Mr Zhang and Fang, are sure to delight fans of the source material. Meanwhile, a whirlwind exploration of Fang’s guilt through a relentless series of nightmare sequences should be impressive to any audience member — the fluidity of the camera movement working in perfect harmony with the cinematographer Chou Yi-hsien’s slick style, inventive staging, and grim images of oppression and violence. While to reveal the details of the sequence would mean spoilers (and it really is best to experience for yourself), with this one scene Hsu and his team show they have the ability to unify all the individual parts of Detention into a thrilling whole. 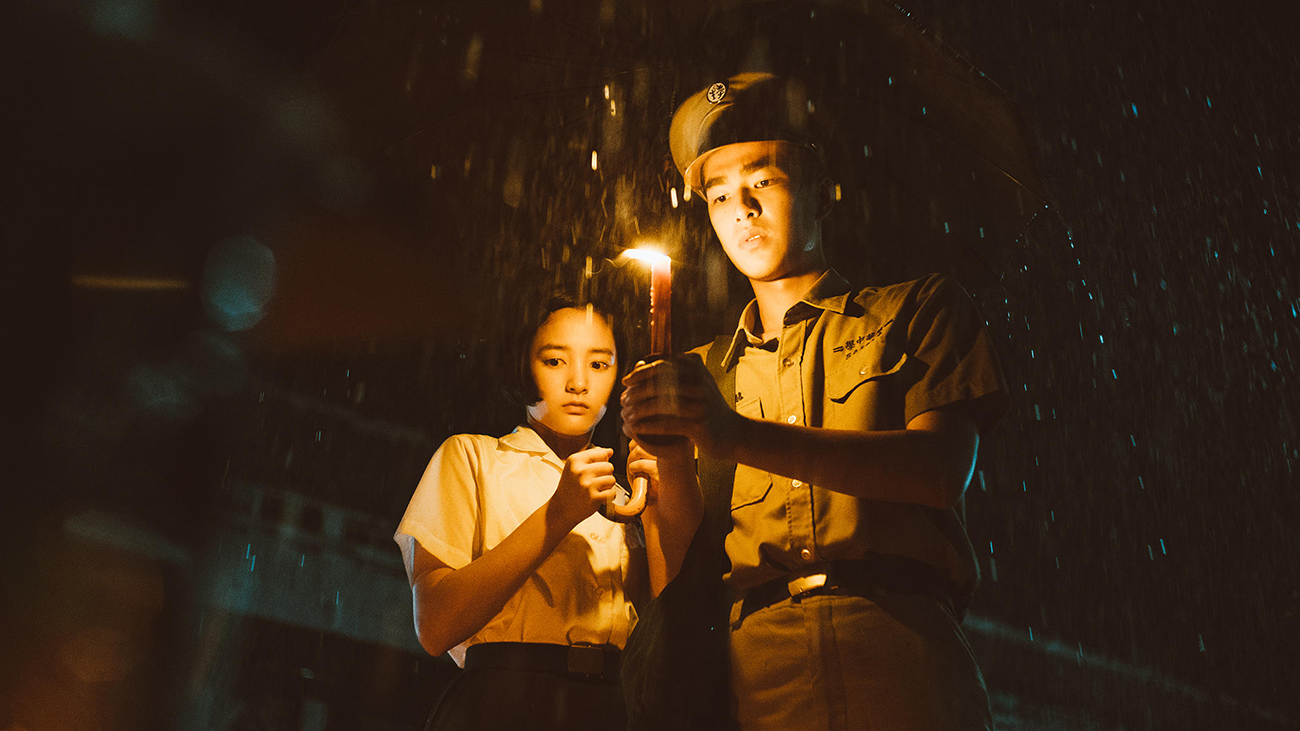 It is a shame, then, that the film soon reverts back to playing into expectations around big-budget horror. The film’s previous smaller moments of atmospheric dread played on how humans can become driven to extremes by distrust and oppression. This communicated the film’s pro-freedom messaging while giving us some delightfully creepy moments, such as student Sheng’s violent puppet show after he is wrongfully accused and beaten for snitching. Instead of doubling down on such an approach for its climax, the film relies upon CG set pieces and monsters that feel comparatively hollow and uninteresting. While credit should be given to the reconceptualisation of the lantern monster, whose military-garb style and literal reflective surface for a face is more inline with Detention’s setting than the game’s traditional mythological inspirations, its inclusion and shoddycheap-looking execution still feels unnecessary. That isn’t to say the supernatural has no place in telling the story of Detention — the use of ghosts as a symbol of reflection is especially effective in the game — but as it is implemented here, the relegation of ghosts and ghouls to run-of-the-mill jump-scares leaves much to be desired.

Also painfully under-realised are the dual protagonists, Fang and Wei. While Fang gets a decent amount of backstory, the headstrong edge of her game counterpart is nowhere to be found, with rookie actress Wang’s consistently blank or forlorn expressions doing little to fill in the gaps. Conversely, Wei’s character is abandoned for large stretches of time, his few moments to shine tarnished by a lack of background and a forced performance by Tseng.

Yet for all its many weaknesses I can’t help but still come out liking it. Undeniably, this is in part due to a gamer bias in finally seeing a property adapted with such genuine care and attention-to-detail. But moreso, when Detention eventually enters a state of stylistic flow half-way through, there is little like it. Bringing a piece of an under-represented period of history to the forefront, the mid-section of Detention feels like the ‘important’ horror film I have always wanted – a slow burning, atmospheric horror unafraid to fully-indulge in surrealism and pro-freedom messaging. Glaring issues aside, with what Detention does deliver and its critical and financial success, hopefully more Taiwanese genre filmmakers will be inspired to openly engage with their own history without fear.