Across vast oceans and continental divides, we all share the common terrain of time. Our memories pile up in the company of doubts, regrets of the past, and uncertainty of the future. While we experience everything from our own perspectives, those moments are shared with others. In the same way that time is a communal space where people come and go, so are memories. This idea has been brought to life, albeit with mixed results, in Hsiao Ya-Chuan’s newest film: Father to Son.

The 115-minute film mainly focuses on Van Pao-Te (Michael JQ Huang), a 60 year-old handyman and inventor abandoned by his father at a young age and diagnosed with a pancreatic disease. Facing lingering unease about his past and future, Pao-Te finds himself following in the footsteps of his own father with his relationship with his son Van Ta-Chi (Hu Meng-Po). Plot takes a step back in favour of the mood and emotion as the film constantly shifts focus to intersperse vignettes of other characters that share the street, such as Pao-Te’s free-spirited friend A-Kao (Lung Shao-Hua) or hotel owner Kuo Yu-Chin (Aria Wang).

Father to Son’s entire cast deliver excellent performances, but Michael JQ Huang is the true standout of the film. His quiet presence carries great weight as a respectable, smart man, but beneath his aging exterior is nuance and deep-seated emotional turmoil questioning many of his life’s choices. Van Pao-Te’s interactions with his son, whom he had momentarily abandoned at a younger age, subtly speak to a sense of love and duty that he himself lacked in his youth. Conversations between them speak volumes with few words, conveying their complicated relationship with equal parts respect and hidden resentment as they wonder how their lives may have turned out differently. The people of Pao-Te’s world have started and ended their lives on this street, sometimes venturing off but always returning; all except his own father. He is silently working through both physical and emotional problems and shares more with the audience than other characters. The only shortcoming in his characterisation is learning about his inventing/coding side, an unexpected but important element of his life that is more told to us than shown. 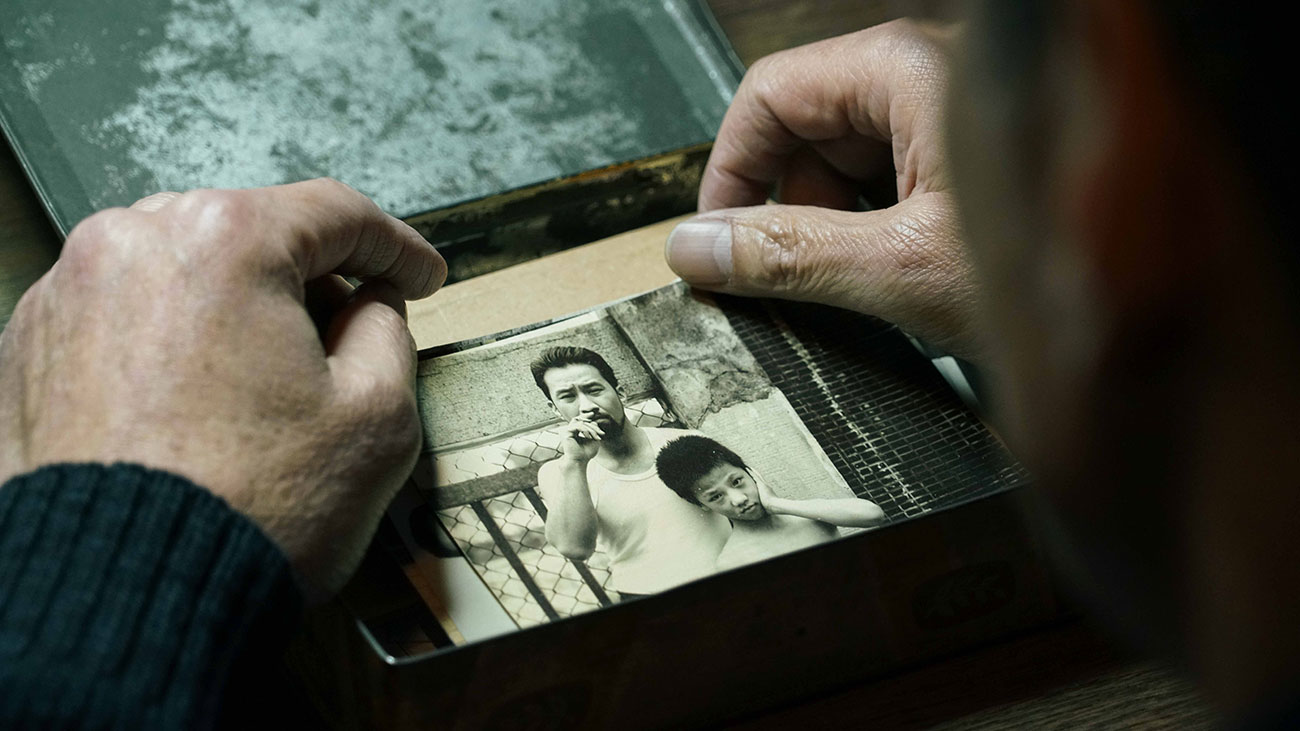 Like Hsiao’s past two films Mirror Image and Taipei Exchanges, Father to Son is produced by Hou Hsiao-Hsien, whose influence continues to shine clearly through the director’s oeuvre as silence permeates scenes and characters reflect echoes of Taiwan’s past as a nation. The traumas of history are felt across different generations, rarely more so than within Taiwan’s populace. Each group has been saddled with unique hardships – from foreign wartime occupation to the White Terror to modern tensions with mainland China. Writer-director Hsiao has crafted an apt reflection of many Taiwanese father and son relationships from this framework by inextricably linking the country’s own history to the lives of his characters. Van Pao-Te’s father took his chance connecting with Japanese businessmen in Taiwan and heading to their country to reap the benefits of their postwar economic boom at the expense of his family. Pao-Te himself has adopted a cynical and widely shared mantra of “it is what it is,” surrendering his own responsibility for his fate to powers beyond him, reflecting the period of time he grew up in. As a result, he refuses to actually seek proper treatment for his painful pancreatic ailment and take the reins himself. His son Ta-Chi grapples with having an arms-length relationship with his father while trying to parse out his own unique identity, like Taiwan itself.

Diverting from the smaller scale of his earlier works, Hsiao has ramped up everything about his production with more characters, locations, runtime, and camera tricks. His frequent collaborator Lin Tse-Chung has shot the film with a crisp, slick look that simultaneously feels realistic and stylish. The cinematography is ripe with smooth movement and meditative still shots set to a great soundtrack by Summer Lei and Chris Hou. The constant shift to black-and-white for flashbacks, however, feels more cliched. A majority of the film takes place in various shops and buildings on one street, allowing Hsiao to continue his fascination with studying one place across time while allowing for diverse locations within itself. Another portion set in Japan makes for a nice change of scenery as well.

The non-linear structure of Father to Son will likely be the make-or-break point for many viewers. The film’s constant shift between past and present is driven primarily by Van Pao-Te’s experiences and interactions throughout the film, peeling back layers on a complicated man’s history. Some of these moments, such as his interactions with Kuo Yu-Chin, even lead to shared memories where both inhabit the same space in two very different times. Both sought freedom only to end up right back where they are years later. While the editing can be effective in moments like this, it also creates a very confusing viewing experience where characters are constantly being introduced with sometimes unclear purpose or motivations. 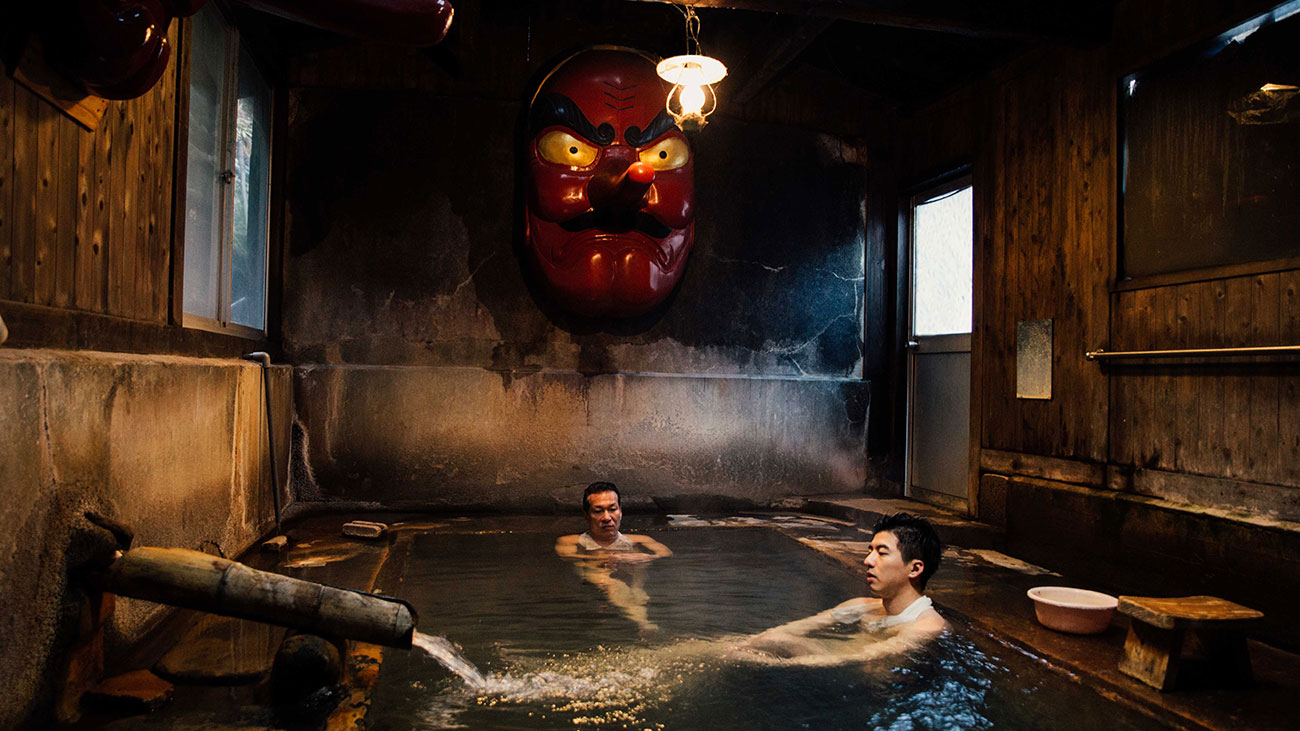 Irrespective of one’s preferences between atmosphere-driven or plot-driven storytelling, there are many detours throughout Father to Son that do not amount to much by its conclusion. Early scenes revolving around an unspecified local election involving Pao-Te’s wife Chaung Su-Ju (Lü Hsueh-Feng) prove unnecessary, as if the entire subplot’s resolution was left on the cutting room floor. Many character vignettes are sprinkled throughout the story with little relationship to Pao-Te. A major character from Hong Kong, Newman (Samuel K), is introduced in the last act of the film through Kuo Yu-Chin and it is difficult to discern exactly why his inclusion is necessary. These add flavour to Hsiao’s world, but Pao-Te is such a captivating character that the movie feels less interesting, even frustrating, when it is not focused on him. The film can be read as a visualisation of his conscious and unconscious train of thought, but constant diversions without Pao-Te complicate that storytelling device. The film is too much about him to justify all of its narrative deviations.

Hsiao Ya-Chuan’s slow-burning film closes with perhaps its most poignant union of past and present, one that leaves us appropriately pondering the echoes of time that ring throughout the spaces we share with one another. Still, there is much left unsaid. As his first film in nearly a decade, Father to Son has afforded Hsiao an expansive environment to expand on his own directorial style with experimentation in nonlinear storytelling, but the final product is one full of good parts that feels overly long and unfocused. Still, the future is bright for this important voice in modern Taiwanese cinema, who surely will have more musings on fate, memory, and relationships to share with audiences around the world in the years ahead.