What defines the self and what truly enriches that self? This is the question at the heart of Taiwanese film Heavy Craving. Hsieh Pei-ju’s debut feature follows Ying-juan, a 30-year-old chef who is constantly belittled about her weight by her mother and surrounding community.  The quote above is the motto of a weight-loss centre Ying-juan attends only to placate her mother’s demands that she lose weight.

The story of a woman confronting society’s standards around ideal weight has been covered in films such as I Feel Pretty and Dumplin’ from the U.S. and 200 Pounds Beauty from South Korea ––  usually to comedic effect. However, Heavy Craving has its own flavour, providing a dramatisation of the real-world discrimination women encounter and the impact that has on their quality of life. I spoke with Hsieh to learn more about her inspiration for the film and how it came together.

“I was a chubby teenager. So when I saw big girls on film and TV, I’d pay extra attention,” Hsieh said. “I wanted to know their stories, and how they deal with a world that’s not always friendly to them. However, in our culture, a plus-size woman is rarely seen on-screen without being stereotyped for comedic beats or minor supporting roles. I guess this is what motivated me to tell this story. I wrote the script without having any firm plan in mind. I showed the first draft to my friend and producer Jing Wang. She encouraged me to further develop the project. That’s when we really started to make a plan for it.”

When the film begins, Ying-juan’s life is at a standstill. She lives with her mother, has no friends, and works as a chef at the private school her mother operates. Despite always being together, there’s an emotional gulf between Ying-juan and her mother, who dotes on her students more than her daughter. We’re meant to infer that Ying-juan’s hardships, personally and professionally, are due to her weight.

I asked Hsieh how attitudes about weight impacted her personally and she said: “When I was young, my family and friends would sometimes tease me about my figure. It makes me feel insecure about my body to this day. In order to lose weight, I went on an unhealthy diet by skipping meals and constantly counting calories. It wasn’t a pleasant experience. In Taiwan, it’s strangely natural for us to comment on one’s appearance. People use words like ‘You’re getting bigger/thinner’ to greet each other when we meet. We’re led to think it’s a harmless gesture of loving and caring. But it makes us constantly aware of and worried about how we look. It’s as if your look doesn’t meet a certain standard, there’s something wrong with you.” 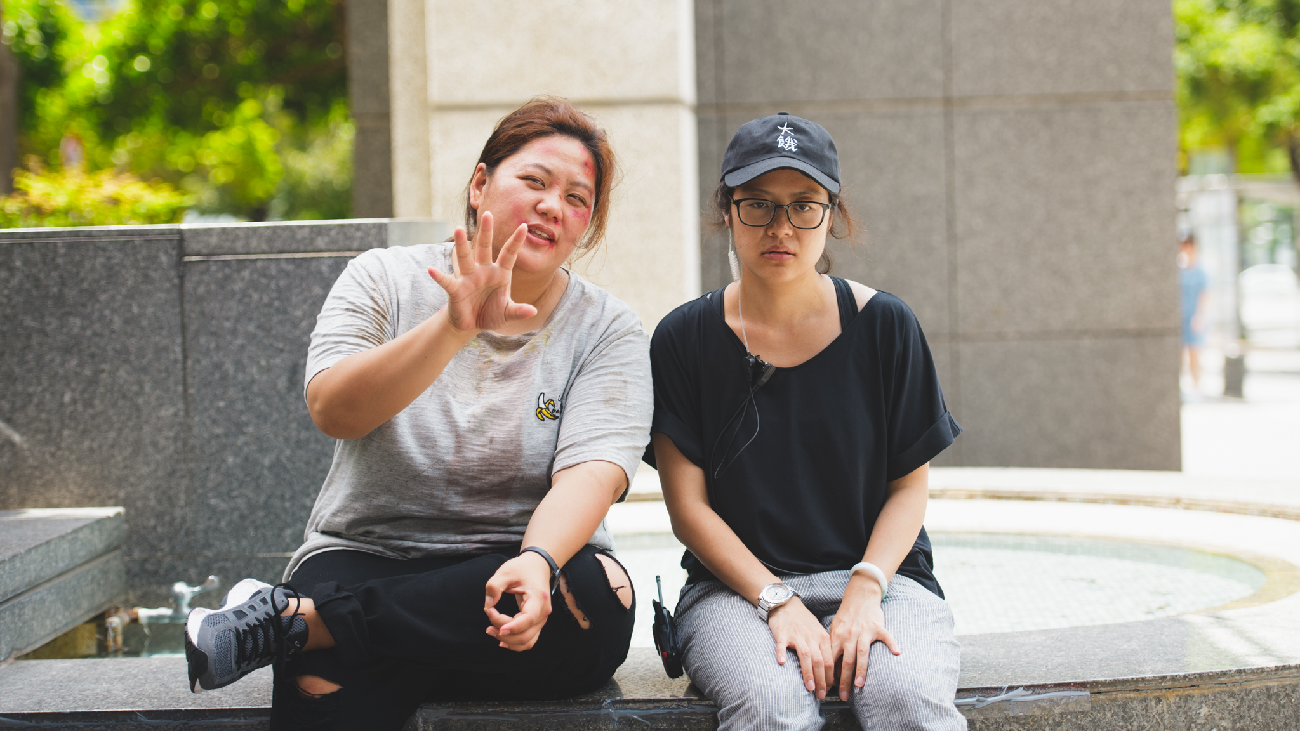 Director Hsieh Pei-ju and actress Tsai Jia-yin visualising the scene ahead in a behind-the-scenes photo from the film’s production.

Further into the film, friendship does enter Ying-juan’s life. First with Wu, a happy-go-lucky delivery man who struggled with his weight in the past and then with Xiao-yu, a young student at her mother’s school who secretly enjoys wearing women’s clothing.

Wu’s positive attitude is intoxicating; he assures Ying-juan she can lose weight because, after all, he did. “It’s too hard to change the world,” Wu says. “It’s easier to change yourself.” So, Ying-juan commits wholeheartedly to a strict diet of consuming only green smoothies and begins exercising regularly. And while she is in the process of changing herself, she encourages Xiao-yu not to change at all. The young boy reveals, although he wants to, he tries not to dress up as a girl because it troubles his mother. But Ying-juan accepts him, even giving him her childhood outfits. With her support, Xiao-yu grows more confident about dressing as he likes.

The performances in the film are strong all-around, with the actors embodying their roles comfortably even during uncomfortable moments. For while the film focuses on Ying-juan, the other characters have their own moments of growth and feel just as known to us as Ying-juan does. Notably, Ying-juan is played by Tsai Jia-yin –– an actress and acting coach with a few film credits to her name. She brings spirit and nuance to the role, which must have felt quite close to her as Hsieh amended the script after meeting her.

“Jia-yin helped me a lot,” Hseih said. “The role was a lot darker and angrier in my original script. Because I thought the film should be more shocking in order to make a point. But it makes the role very hard to relate [to]. I was revising the script when I reached out to Jia-yin. We met from time to time and talked about anything that came to mind. We spent more than a year getting to know each other before the film was ready to go into production. She shared many of her own experiences and I ended up bringing lots of Jia-yin’s personal qualities into the role.” 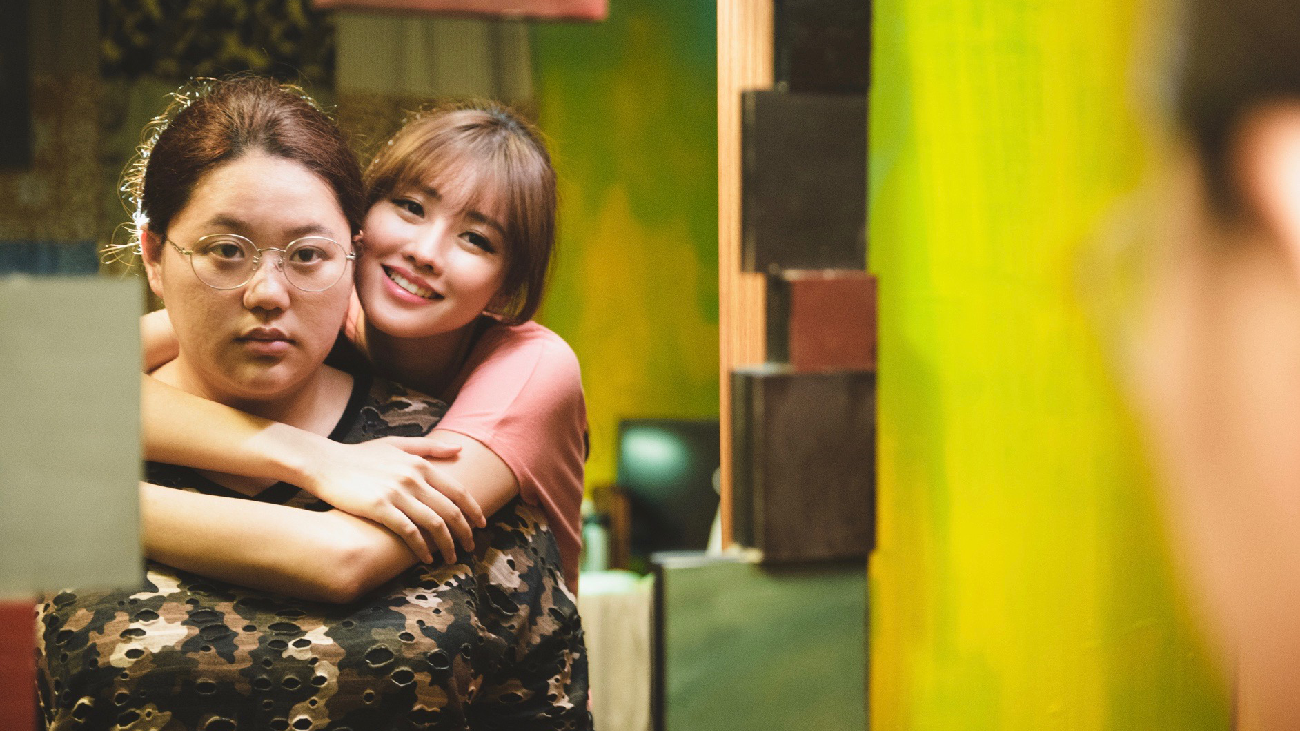 At the start of the film, Ying-juan is a funny and feisty woman unbothered by her weight. But she is justifiably bothered by how people treat her because of it.

“Ying-juan was fine with herself before everyone tells her she’s not [fine]. She craves [other people’s] acceptance, so she tries to change herself,” Hsieh said.

The more Ying-juan commits to her new diet regime, the more she becomes less of herself. She is also disillusioned by the process when she learns that Wu is bulimic and that’s how he has been keeping the weight off.

I described this as a major turning point in the film to Hsieh and asked how she went about writing this sudden reveal. “It’s so common for us to judge a person by his/her look. When we see people like Ying-juan and Wu walking together, we tend to assume that Wu is the healthy one and Ying-juan needs to improve herself. But what if Wu is using an extreme method to maintain his look? Do we still feel the same? How do we really get a say about anybody before we learn what he/she has gone through?”

Ying-juan’s diet and exercise regime has middling results, so she undergoes gastric bypass surgery. Her anger over her situation climaxes in a scene where she breaks into the fitness centre and fights an imaginary figure who looks like the model in all the centre’s advertisements. Regarding this scene, Hsieh said: “Ying-Juan’s enemy is not a single person, but the narrow beauty standard in the society. So I created this scene where she fights the imaginary character to visualise the struggle, and to show that she’s had enough of the crap everyone has been feeding her.”

Director Hsieh gathers her cast and crew to rehearse a scene from the film.

This frustration towards society also extends to the people in our life who are supposed to love us, but feel their own pressure to push us along a path deemed the ‘right’ one. Their actions may stem from love and concern, but it feels like rejection. Ying-juan wants her mother’s love and respect, but those feelings are withheld because of her weight. What is that love and respect worth if it is contingent on somebody contradicting their true self?

The film plays with this idea of the ‘self’ in subtle ways. At a school event, Xiao-yu performs in a blue wig, make-up, and glittery attire, lip-syncing to Liu Weiren’s The Soul Away from the Body. His mother uncomfortably watches from the crowd as these lyrics are heard:

My soul departed, a departed soul

As to where it floats, it’s all up to you

I betrayed myself, leaving myself no choice

I asked Hsieh about choosing this song, as it fit so well with Xiao-yu’s story and the film overall. She said, “It was a happy accident. Originally I had other more popular songs in mind but we didn’t have the budget for them. I was browsing the internet looking for inspiration. And this song came up. I was very touched by the lyrics, and knew it was the perfect song for Xiao-yu.” 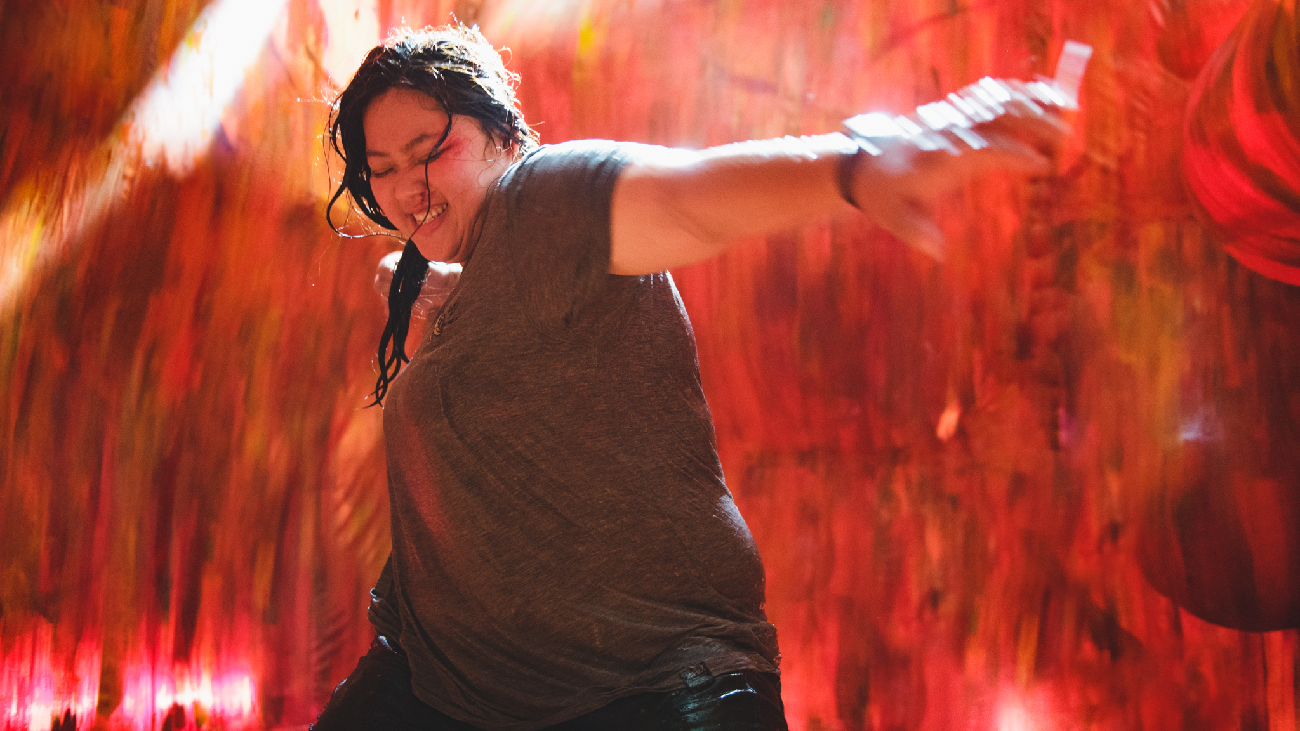 Our bodies are the vessels we are born with and die with. We experience our whole lives in them with some options for alterations. But do our bodies define the self? They certainly, as we see in the film, have an impact on our mental health. The way we see ourselves and the way other people treat us based on what they see, all have an impact. And this can cause a split within us; how we feel about ourselves and how others react to us. To become a ‘better self’ looks like mending this split and feeling whole, rather than changing ourselves to conform to people’s standards of what is right, beautiful, and valuable.

Discrimination against certain body types and features is amplified through media. As Hsieh said in another interview: “…in cinema, we do not see different types of bodies, especially for women we only see slim, with perfect bodies, but this is not real life. In real life, we have different kinds of people and I feel we should show them more on screen.” Lately, there are more diverse creators in T.V., film and commercial media than ever before and they’re challenging beauty standards. But the messaging continues to be the same old refrain: “Love and accept yourself.” It’s the message I’ve heard my entire life and it only made me feel guilty for not being kinder to myself, even though I battled incredible pressure to change myself every time I scrolled through Instagram and saw filtered faces and bodies nipped and tucked to perfection.

Heavy Craving posits we also need acceptance from others. After all, most of us do not live in isolation; we interact, socialise and build relationships with our surrounding community. While the world at large may never stop prioritising the images of thin bodies and Euro-centric features, we do need the people in our lives to accept us. How can we ask people to love and accept themselves without also giving them that same love and acceptance from our own hearts?