Does fate play a part in the way we live, or is it our actions that propel us forward? In today’s age, many rely on astrology as a guiding principle for their lives, looking to the stars to help with inner peace and the future. Others place their trust in work ethic, the daily grind, and more concrete action when it comes to their lives, dealing with the day to day. Is one truly better than the other, or are they meant to co-exist? Hsiao Ya-chuan’s debut feature Mirror Image exists in a world that balances within these questions; a world of repetition, where relying on fate may or may not provide rewarding guidance. The reality of it may seem a bit of a bummer, and in some ways it is, but it’s also a liberating notion to not rely on fate; to chart a course without a guide, to live a life without knowing where you’re going, to not worry about the future.

It’s the story of young 20-somethings everywhere and Mirror Image captures that spirit in many insightful and amusing ways throughout its brief runtime. As we come to learn about our characters and the experience the daily goings of a pawnshop, we the audience begin to learn about the state of Taiwan at the start of the 21st century, and how its economy affects everyone.  It should come as no surprise that a film of this nature, one much more concerned with character interaction than plot has Hou Hsiao-hsien, one of the acclaimed fathers of the Taiwan New Wave serving as producer on this film. His influence is clear in many regards to this film; the minimalistic approach to storytelling, the observations on the economic impact of Taiwan, and quiet moments that fit in-between moments of introspection. Despite this, the film never feels like a copy or mere clone of Hou Hsiao-hsien’s work, instead feeling like the work that pays respect to the Taiwanese cinema of the past while braving forward into uncertainty, much like our protagonist Tung-ching who spends the majority of his time minding his father’s pawn shop while his father is in the hospital having suffered a stroke. 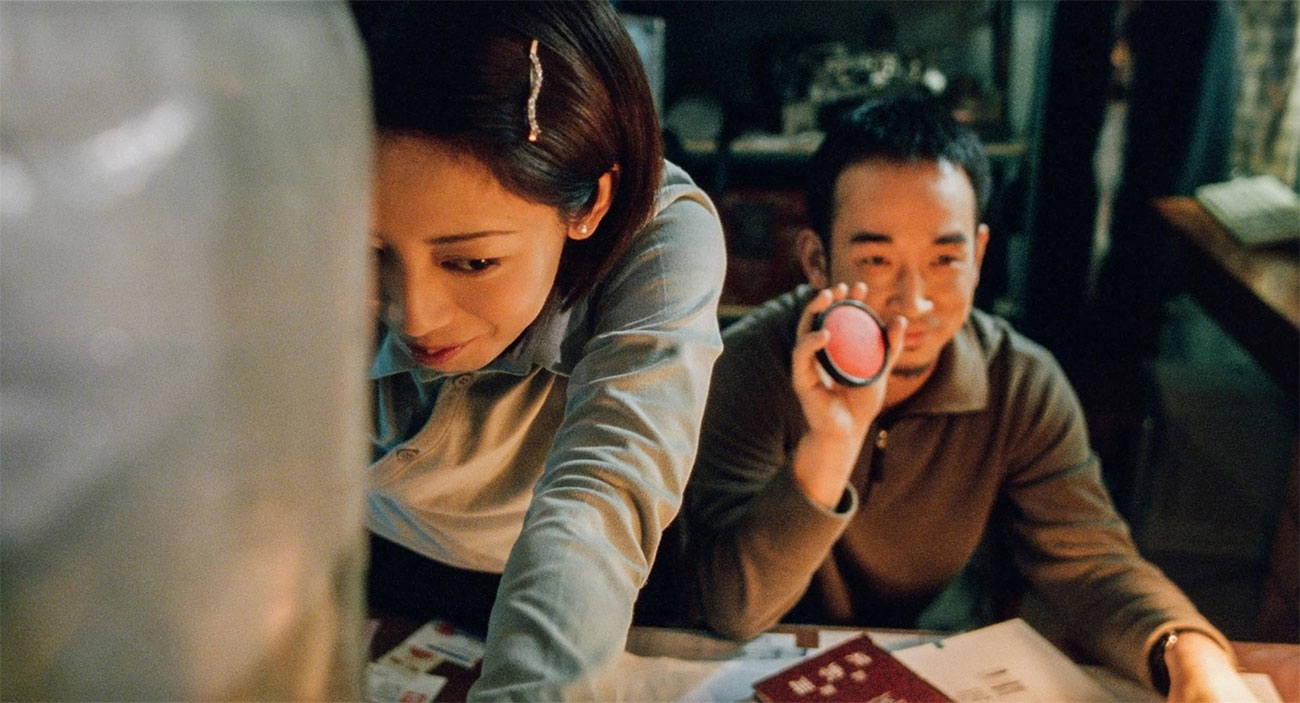 The story of Tung-ching is the story of many young people with no sense of direction, and yet this becomes quite literal for Tung-ching who after an accident doesn’t have a lifeline on his right palm. A nurse in the hospital informs him he’s “escaped his fate,” though what that fate may have been we never know. Whether it would have been better or worse than what he’s currently getting himself into, which isn’t much, we never know. “I’m about to come into an inheritance, but what will it be? The pawnshop or the stroke?” He and his girlfriend Eiko, a nurse with a bubbly personality that fills the pawn shop with a bit of life, do more hanging out than work, lazing around, and messing with unclaimed pawned items. Eiko and Tung-ching met through incredibly coincidental or fateful circumstances depending on your worldview; they met chatting over the internet and as it turns out she’s the nurse that patched Tung-ching up when hurt his hand, which adds an interesting dynamic to the themes of fate.

With the two of them running the pawnshop, they end up taking palm prints instead of IDs as a form of collateral so Eiko can practice her palm reading skills. Such an innocuous gesture, and yet it recalls memories from Tung-ching’s childhood when regulations by the police forced those to leave fingerprints when they pawned anything, resulting in business going down, connecting past with present. Simple scenes like these demonstrate the way that people’s lives and the memories they carry can intersect in ways no one can ever imagine.

Eventually he meets a woman, whom we only know as ‘Know All’, who serves as a foil to Eiko. Where Eiko is softer and falls in the fate camp, ‘Know All’ is much sharper; a subway seller who makes things happen for herself through her hustling. Despite the usual tropes of those looking to ascertain wealth through side hustles, her central motive is to go home for the holidays, provide for her family, and to send more money than her brother making her a deeply relatable and human character. She ropes in Tung-ching by using unclaimed pawned items to sell on the subway and it is here we get a glimpse of Taiwanese life outside of the pawn shop. Their relationship appears to be based more in business, with any form of attraction (and there is an attraction though that plotline feels very tacked on) placed second.  During these segments we see a mime performing gleefully to a crowded train; another instance ‘Know All’ is seen giving money to those helping her (sorry, their) enterprise by garnering more interest from the other passengers. 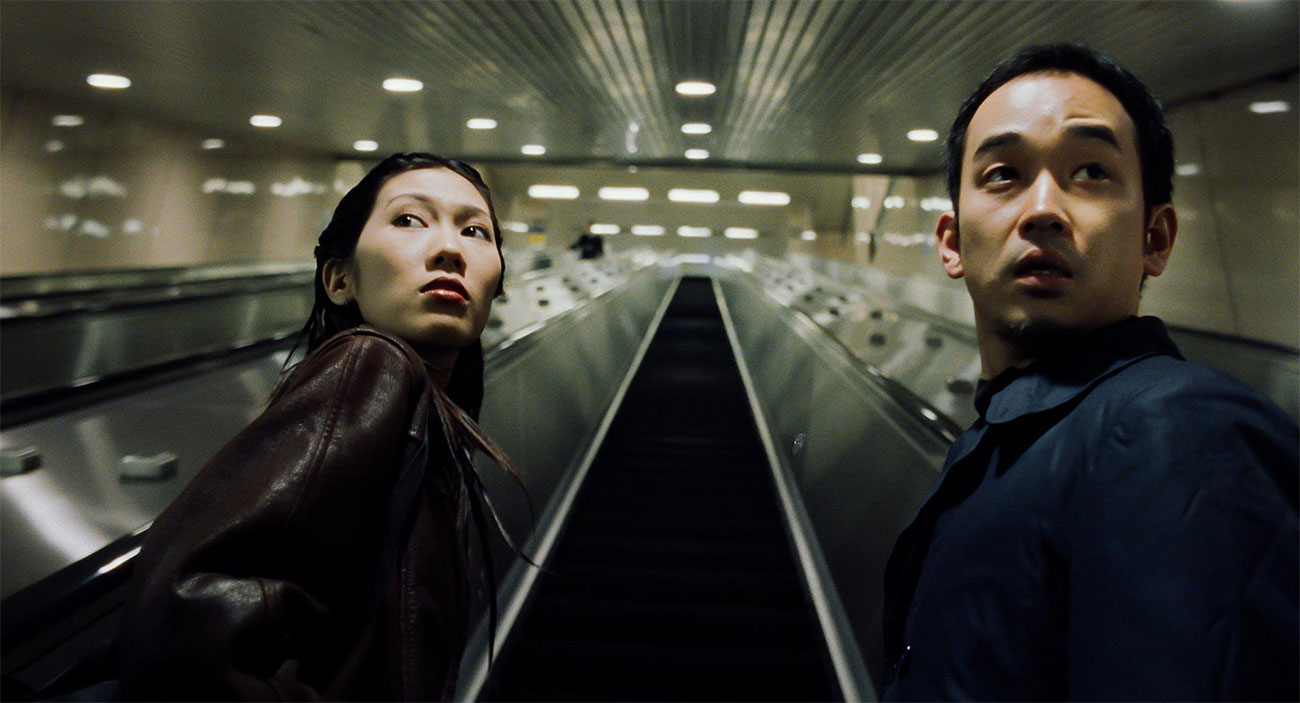 These tiny moments feel universal; anyone who’s ever ridden a subway train during rush hour in any country can attest to this. For all of its keen observations and humor, Mirror Image does feel slight. Due to the focus on characters as opposed to plot, the story tends to slip especially during the latter half; it never gets confusing mind you, just… lost. The film tends to step away from its central theme of fate in favour of focusing on its idiosyncratic characters dealing with the repetitious nature of a pawnshop, which is fine. One major misstep however, comes from its female characters, as Hsiao could have gone deeper with his examination on the supporting characters individually as opposed to how they relate to Tung-ching. We learn about Eiko and ‘Know All’, but only within the context of Tung-ching and his pawnshop. It’s not that these characters aren’t realised or one-dimensional, it’s just much of their own thoughts and characterisation come across through voice-overs in brief moments as opposed to scenes within their own lives.

Towards the end of the film, Tung-ching brings up an image that serves as a metaphor for the lives of people as a whole. In this image, he sees a line in the horizon and above the line is a tree, an image everyone has seen and isn’t all that special. “But I find myself thinking about what’s below the line. We don’t see the root system. And the shape of the roots… is a virtual mirror image of the tree.” Before the idea has time to linger and set, he’s called by his mother to help his father after setting the dinner table, the steam rising up from the freshly made food, warm and inviting. We watch him disappear into the pawn shop, as the camera pulls away to the night, another light shining on the top floor of the building. A quiet ending for a quiet movie, and for a debut feature, would serve as a good calling card for a new voice in Taiwanese cinema, one that’s still present today, thankfully so.