More than a tenth of the Filipino population lives and works abroad; that’s close to 10 million expats. The economic reality is that overseas work can bring in a much higher wage than found at home. For instance, domestic work attracts three times the wage if you work in Hong Kong but we are not talking backpackers going on an Au Pair working holiday. These are mothers, wives, university graduates and professionals who leave their lives behind in the hope of getting ahead.

The flip side to the comparatively high wage are the hours and conditions they endure as most are on call 24 hours a day for six days a week. Consider also they also may even have at least one child to mind. There are stories of Filipinos sleeping in kitchens or on the lounge room floor and they almost always eat alone. Some have employers who are very cruel, some get terminated because they break Sunday curfew. Everyone is homesick and for some, they have been working abroad for thirty plus years. When they lose a job, get terminated or, in one case, their employer dies, they have fourteen days to find new employment or face deportation. 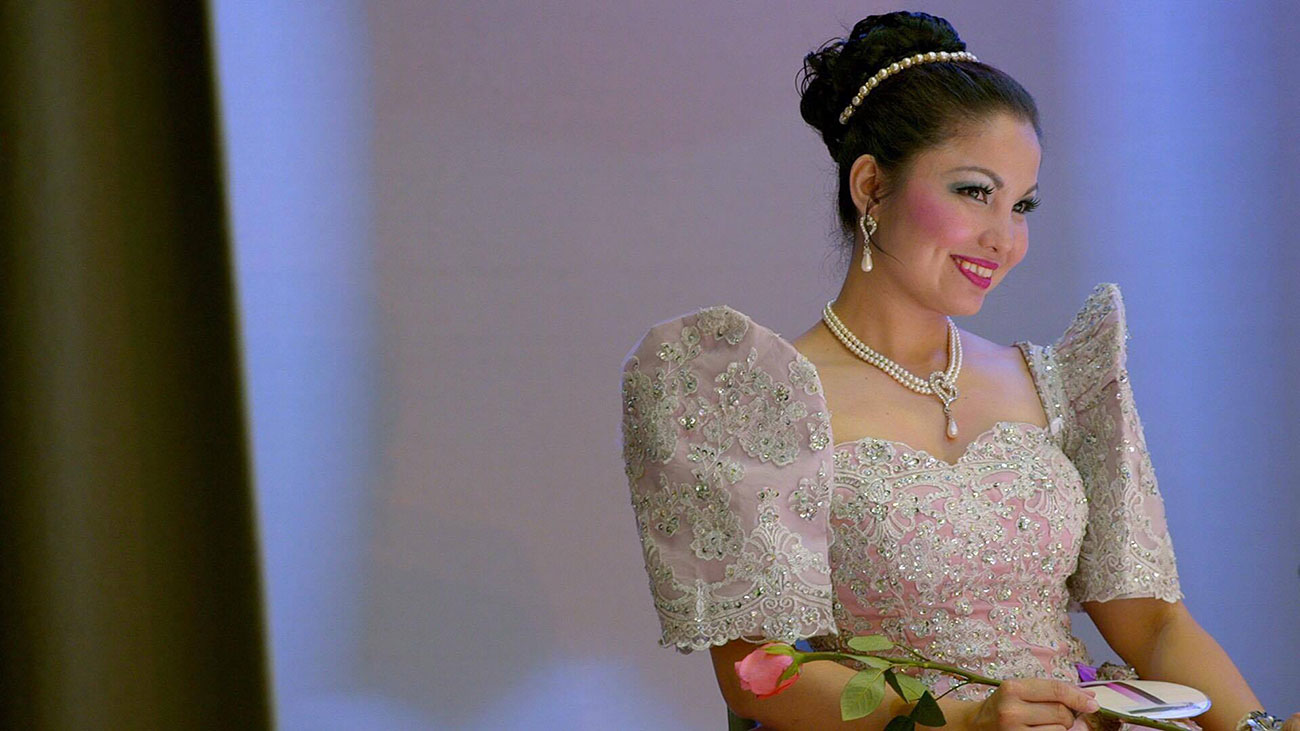 Sunday Beauty Queen, is a documentary that follows a group of such workers, predominantly young, as they toil in this bustling Asian metropolis. Sticking together on their one free day of the week, their social life centers on competing and supporting an ongoing annual calendar of beauty pageants. This is their outlet and this is the access to the story of Sunday Beauty Queen. The women here come from all sorts of backgrounds and different areas of the Philippines, with the common denominator being they are part of the army of domestic workers that support the families of Hong Kong.

One real cracker of a character called Leo is the organiser of beauty pageants and a real community leader for the Filipino workers. Leo seems to be the frontline support for a lot of the workers in this situation, providing, where possible, food, shelter, leads and advice. Worst case scenario, Leo will farewell them the day they get deported. But come Sunday he is in the thick of it, corralling the girls through wardrobe and make up, organising the staging and presenting the women as they vye for the crown of beauty queen.

Sunday Beauty Queen not only uses the pageant as access to a swarming diaspora of Pinays in Hong Kong but also as a counter point to the darker side of foreign domestic worker life. A massive army of women who are employed as live-in nannies, always at their employer’s beck and call, everyday except for their day of freedom on Sunday. The triumph of this documentary is that director Baby Ruth Villarama fully subverts the expectations of the beauty pageant, taking it from an event of disdain and exploitation to one of necessity, one of dire need; an event that is helping others to survive a pretty tough and lonely life. 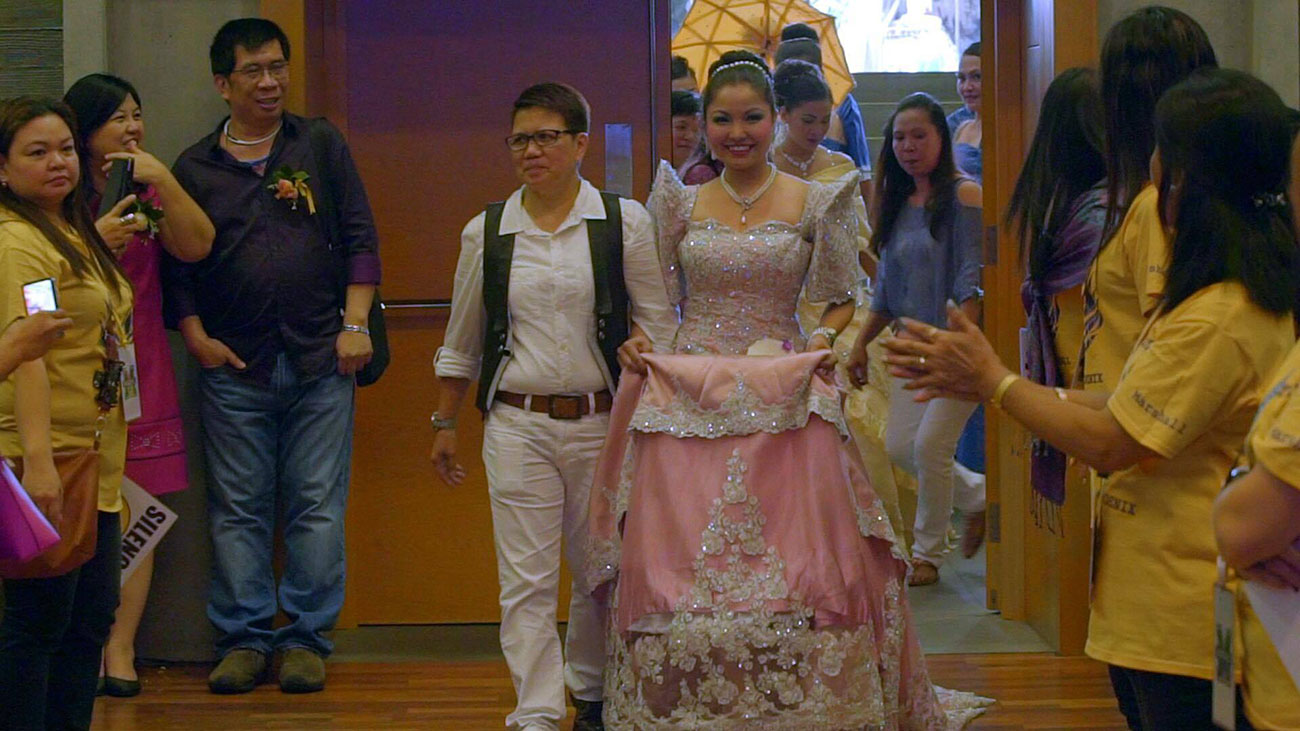 In between events we see the life of the domestic, the homesick, the overworked, the abused but then we see also the elation and pride of the community when they all get together on that one day of the week. It’s an event of celebration and they seem to be regular fixtures on the calendar. To participate, to support, and to volunteer as staff — all these roles have greater significance to the working Filipino domestics of Hong Kong. They become acts of survival that allow them to endure.

A lack of pity for the subjects also sets this film apart — these girls are loud and proud. We do not look down on them; we get involved with the razzmatazz and the pageantry of it all. We are getting empathy instead of sympathy. The one minor setback is that the bevvy of characters can lead to some confusion in its storyline. A second viewing puts this in place but sometimes a second viewing is not available. While a large cast of players lends to many variations of storylines within a shared experience, it also leads to a dilution of impact and as stated in this case, some confusion of the message on brand. This is not always the case and the experience of each person is definitely felt and deep, giving an insight into the lives of the individual workers but also of the collective diaspora.

Sunday Beauty Queen does not mark Villarama’s first documentary. All of her films have involved Filipinos living or dealing with issues outside of their country. Jazz in Love was a glimpse into a young Filipino’s attempt at true love with his German boyfriend, Little Azkals followed a band of junior footballers being trained up to represent the Philippines in the 2018 World Cup and now Sunday Beauty Queen and its insight into the life and travails of Filipino domestic workers in Hong Kong. 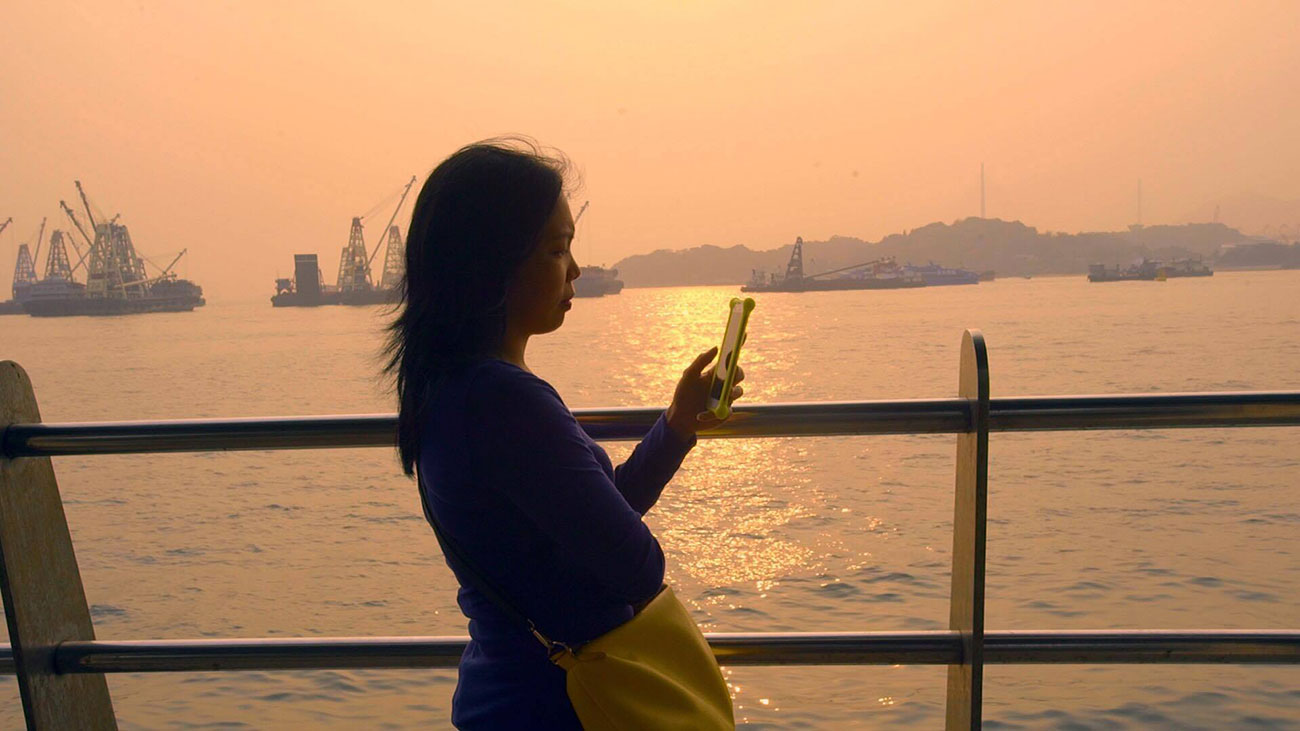 This is like a companion piece to two recent feature films that follow Pinay domestic workers. Transit by Hannah Espia features Mercedes Cabral as a domestic in Tel Aviv and Ilo Ilo by Anthony Chen features Angeli Bayani as the domestic worker in Singapore. Both of these films focus on individual workers and now Villarama’s documentary fleshes out these experiences and fills in the gaps by providing a more collective insight.

Shot over three years and edited by her husband and colleague of Voyager Studios, Chuck Gutierrez, this film has been a labour of love (in the last year alone, the filmmaker had been completing a Masters in Film Marketing and Distribution in the UK as a Chevening scholar). Recently screened at the Busan International Film Festival, Villarama’s documentary hits the mark in its portrayal of the delight and plight of the Pinay diaspora of Hong Kong.