What does it mean to be a Filipino outside of the Philippines?

There have have been some great films that have explored this theme: Sunday Beauty Queen (2016), Transit (2013), Ilo Ilo (2013) and Kita Kita (2017) are but just a few examples but they simply scratch the surface. These are all stories of the expat Filipino experience set in countries like Isreal, Japan, Hong Kong and Japan.

But Matthew Victor Pastor’s Melodrama/Random/Melbourne (2018) is a bit different. It addresses this theme from the perspective of an Australian Filipino and, as the title alludes to, it’s set in Melbourne, Australia.

This is feature number four for Pastor, who says he’ll have two more released this year. All deal with the Asian-Australian experience but lately he has been honing this specifically into the Filipino-Australian experience. This is his heritage and increasingly it is influencing his expression.

“I am a product of a cross cultural marriage and I have been aware of this and been reminded of this all my life,” expressed Pastor.

“It has only been recently in the last few years that through my filmmaking have I started to explore what this actually means to me, to my friends, to where I live, and to how I live. The Filipino immigration experience is very unique.” 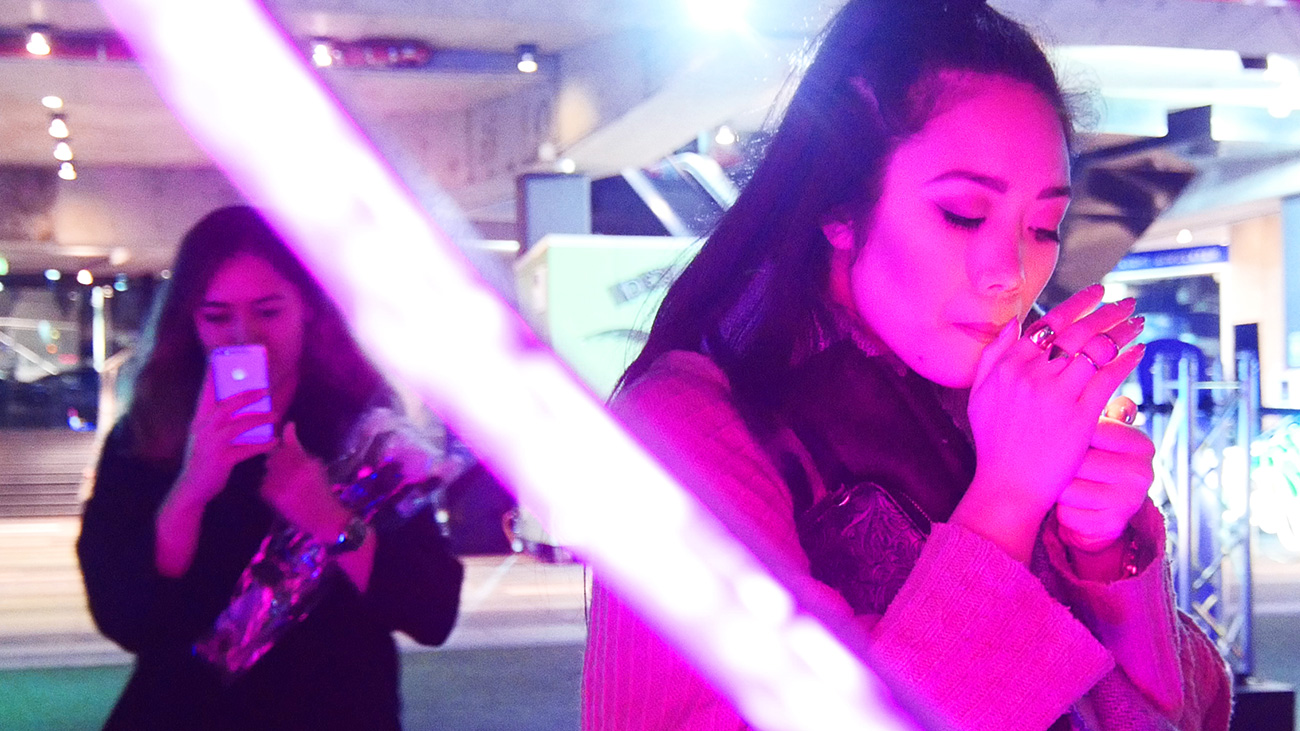 Melodrama/Random/Melbourne is set to premiere at Sinag Maynila Festival, the festival owned by Filipino legend Brillante Mendoza. Pastor’s inclusion in the festival represents a big step for the young filmmaker and he understands the significance of being seen under the umbrella of a recognisable name like Mendoza.

“To be represented in the Philippines is a real honour; it’s a big part of me even though I don’t live there,” he said.

“To be selected as one of five for main competition really blows me away and just the association with Brillante sort of overwhelms me. He has shown the world with his social realism the human condition of what it is to be Filipino and is so respected as a filmmaker.”

With the festival’s mission to inspire, enlighten and education Filipino movie audiences, whilst lending support to the local cinema scene, Pastor is curious as to how his film will be received by Filipino locals.

“The film deals with charged issues around gender, race and identity. We don’t make these films in Australia and I wonder how an international audience will receive this. Do they share my values? Will I be misunderstood? These are all fairly normal anxieties for any filmmaker but they are amplified when you get this chance to screen in your other country.”

Melodrama/Random/Melbourne, like its title, is constructed with three different interwoven segments. We see a young feminist filmmaker shoot a documentary exploring what it is to be a modern man. Her commentary forms the backbone of the narrative. Then we have a seduction coach whose tips and training will give his 30 year old virgin mentee his first conquest and many trophies after that. Lastly we have the elderly matriarch who is reflecting on her life journey. How and why did she come to this country? Where does she fit in with this life and within this film?

These three threads are loosely woven as the film progresses. What do I represent? Who am I? These are constant questions that are being asked by the characters underneath their spunk and bravado. 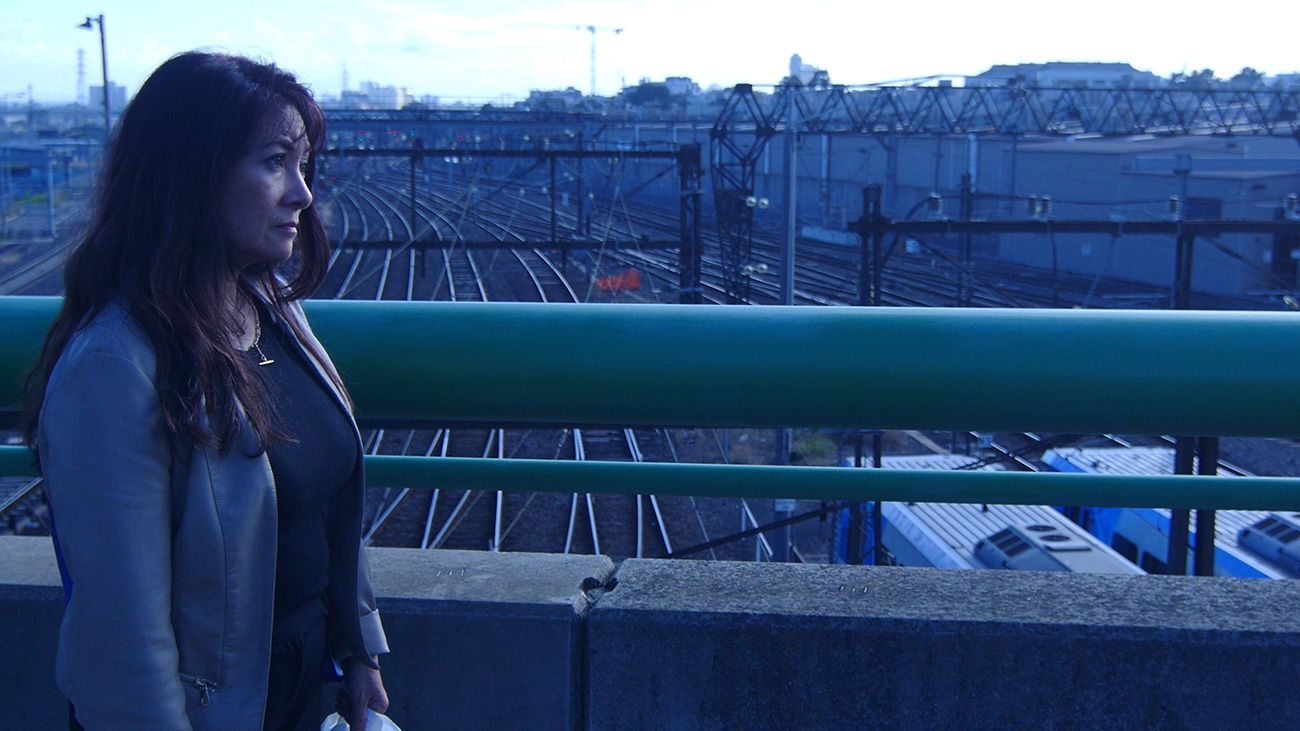 Rachel Javier playing the mother questioning her existence away from the motherland. | Film still supplied.

The self-hating Asian is a constant thematic but it’s in the context of existence within the diaspora. Asian masculinity in a western culture, exploitation of newly arrived ‘fresh off the boat’ Asians by their very own, racism in amongst the same minority — all these slowly ooze from the setting of the new inner city suburbia of high rise Melbourne living.

“Self denial of these issues is very common. Can this be understood by outsiders of this experience? Do these things even want to be addressed? I find it hard to articulate my ideas sometimes. I’d prefer the films to do the talking for me but I fear that sometimes they don’t speak so well. I don’t present solutions but I do want people to think about the issues.”

Working again in threes, this film is number two of Pastor’s Fil-Aus Trilogy. All three films make a stamp on the truth behind the Filipino/Australian experience.

“One film was not enough, but three could explore it. The Filipinos are Australia’s fourth largest migrant group and very underrepresented on the big screen. It makes sense to add a voice to this and at the same time explore my own identity. So I am writing from my own world but I’m trying to expand it to what is out there and beyond. They are self referential in the way of me as filmmaker and also me as Filipino/Australian. This is a unique experience but there are stories that will be common.”

The first film in the trilogy was the silent 2016 short I am Jupiter, I am the Biggest Planet. Exploring the post colonial silence of Manila’s red light district, it’s a riot of neon lit desperation drenching those servicing the sexual tourist from the west. Bleak and hopeless in its stylised excellence, there are no answers and no judgment.

Melodrama/Random/Melbourne is the second and it blurs the line of fact and fiction through its documentary backbone.

The third, Maganda! Pinoy Boy vs Milkman is a no holds barred, examination of pain from the past wrapped in a cloak of dark humour. It’s an exploitation film being made within a film and due for release in the middle of this year, according to Pastor.

The Filipino-Australian filmmaker also has another feature in post-production that’s slated for release later this year. Repent or Perish! will continue his exploration of these themes, this time set to the inner city suburban aesthetic.

It’s not often you get to write about a filmmaker so prolific, producing his own original stories in such original form. Hong Sang-soo and Sion Sono spring to mind and they are both strong influences on Pastor’s work. The sheer physical and mental effort required to write, direct and edit three films in a year is beyond most filmmakers, especially those most interested in producing fresh and original material at the same time.

But since graduating from the Victorian College of the Arts’ Masters program where he won Best Achievement in Direction, Pastor has continued to hone his shooting method of light and tight without compromising his production value. His time may well be arriving with more and more people becoming aware of this prodigious home grown talent, both here and overseas.

“I just want to grow my audience, let more people see my work and this is kinda happening but it’s funny cause it’s happening more overseas in the Philippines and the USA than it is here in Australia but I’m working on changing that.”

Pastor’s new film Melodrama/Random/Melbourne! will be screening at Sinag Maynila 2018 at various times during the festival from March 7 – 15.