Women of the Weeping River is a portrait of two families caught in a cycle of violence and revenge, while living in a remote Muslim community on the Filipino island of Jolo. Director Sheron Dayoc and his cast of non-actors guide us through a mediation on how family strife impacts women, who are the familial core but are powerless to make crucial decisions even when the consequences will weigh most heavily on them. Dayoc strips his film of any superfluous elements to tell a story with documentary-like realism, yet cinematic temperament. While this story is centred on a small community many people may not even realise exists, it has a universal message worth listening to.

The film opens with two women dragging a dead body up a hill. Later, we discover the corpse was the husband of our lead character, Satra (played by Laila Ulao). Newly widowed, with a son, Satra’s heart boils with the need for revenge against the family who murdered her husband over a land dispute. Satra and the patriarchal head of her family reject any attempts at mending the feud. Blood has been mercilessly spilled and that cannot easily be forgotten. A melancholic malaise settles over the film as Satra goes on with her life, gathering crops to sell in the city and caring for her young son as he fears his life will be the feud’s next sacrifice. Fire and blood punctuate the tensest moments of the film, as the families continue to taunt each other, with no end in sight. 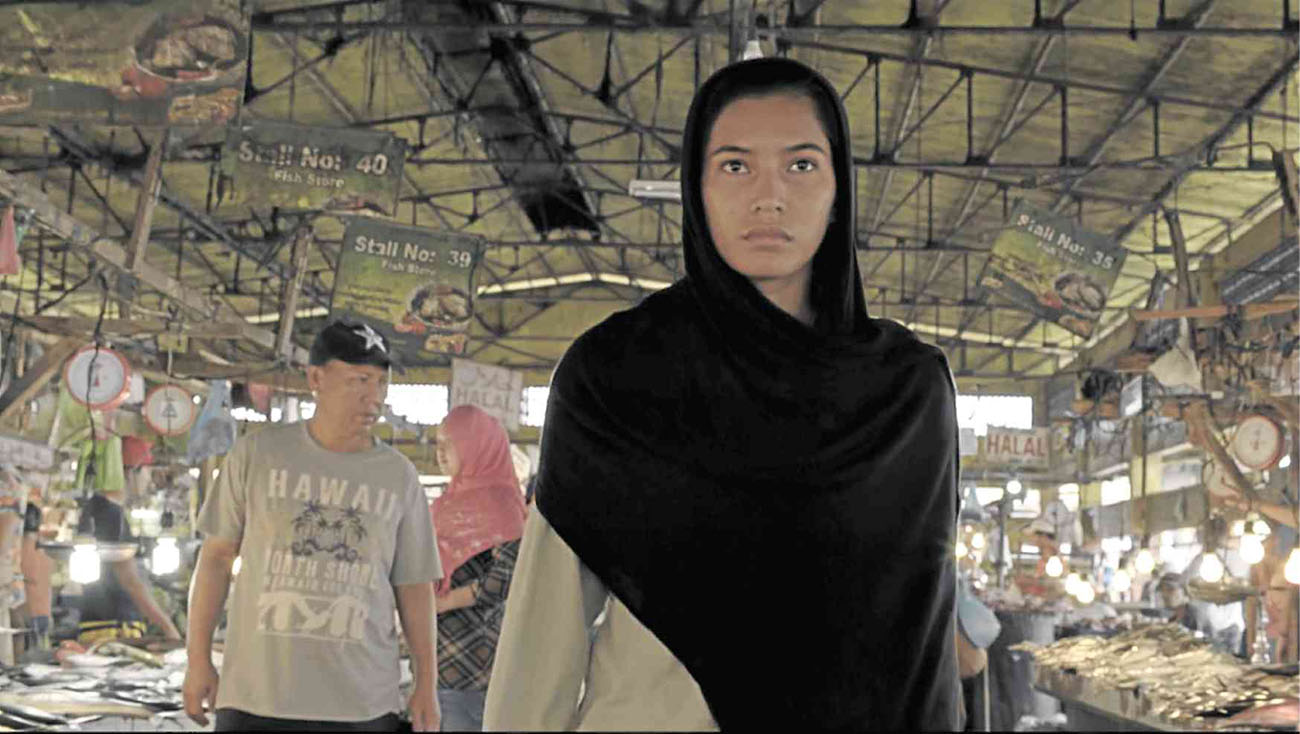 Dayoc’s deep dive into this rarely-seen world is a trip worth taking. The film straddles not only the discord between Muslim families on the island, but also the community’s opposition to a government that caters to its majority Christian population. There’s a real sense the Muslim community lives in a completely separate sphere from the nation of the Philippines, by choice and by adjudication. Dayoc subtly layers his films with these fraught tensions through intimate conversations and striking images. His camera patiently floats in and out of different homes, capturing snapshots of the families who live with uncertainty of what horrors the night may bring – which is when the violence among the clans erupts.

To truly enter the heart of family conflict, Dayoc focuses on the women in each affected family. The women cannot join the fighting and are the first to be hidden away during a shoot-out. The decision to reject and accept a truce isn’t left up to them either. While they will lose their family members, they will be unable to dictate the decisions that fuel or end these losses of life. They meander quietly across the screen, watching helplessly as their houses burn and sons are murdered, with as little ability to alter fate as the audience has.

The use of non-actors results in the spoken dialogue coming across with authenticity, rather than cinematic flourish. The actors are rooted in this language and culture, and are comfortable in the spaces in which they move. You can hardly believe Laila Ulao was a field nurse before she gave her first film performance. She was made for the screen, seizing your attention as she guides us through her day-to-day and breaking your heart as her life brutally unravels. As Satra’s circumstances become direr, she begins questioning everything she thought she knew. She questions if Allah has chosen to punish her and if revenge is truly the only answer to seal off her pain. Her rage has festered into a wound that is satisfying to scratch only for a moment, but every scratch only opens it further.

In one scene, the camera motionlessly captures a body face down in a river, the water running red. You cannot see who has lost their life, how it happened and who did it, because at the end of a life, those details are meaningless. A life has been lost and that is a tragedy that cannot be explained away. Dayoc’s story can be seen as a condemnation of the violence between clans in these small communities, that go unpunished and cycle through generations until everyone is left dead. But his look at this microscopic piece of the world can also be magnified to reflect upon the world at large. Revenge is the easy route to take, and few even judge the choice to take vindictive action against one’s enemies. It’s how we justify wars, and smaller conflicts among communities and families. Dayoc shows us that at the end of our quest for righteousness and revenge, we will be left with less than we had to begin with.