The New York Asian Film Festival’s ability to transition its entire 2020 lineup of films online is a great reminder of the uses and possibilities of the Internet. Paradoxically, one of the strongest films in its catalog is a haunting reminder of the inverse. Arden Rod Condez’s debut feature John Denver Trending is a gripping drama that presents a powerful critique of both Filipino and Internet culture. The film centres around 14-year old John Denver Cabungcal (Jansen Magpusao) and his mother Marites (Meryll Soriano) as they endure the fallout of a viral video of John repeatedly kicking fellow student Makoy Pascual (Vince Philip Alegre). The footage of the confrontation, posted by Carlos Samulde (Jofranz Ambubuyog) with the caption, “Let’s make this bastard famous,” only shows John hitting Makoy, leaving out Makoy accusing John of stealing his expensive iPad, running away with John’s backpack, and escalating the conflict with a shove. All of social media becomes flooded with hateful comments, memes, and additional stories about John’s past which develop into a source of inescapable torment for the young boy unwillingly cast into the spotlight.

The world Condez has crafted is one of persecution and punishment that lacks a desire for justice. It is surely no coincidence that a large photo of President Duterte hangs prominently in the principal’s office. Catholic school students exhibit none of their supposed teachings while they harass John into no longer attending classes. Private details about his life become publicly revealed only to fit the existing narrative the Internet has created. Misinformation is anonymously spread and deliberately created with malicious intent. While John and his mother repeatedly assert his innocence, school and law officials become intent on legitimising the national perception of him rather than actually learning who stole the iPad. Condez directly equates this with a minor subplot about an actual witch hunt happening concurrently in John’s neighborhood – a fascinating insight into how old and new have merged in the modern day Philippines. 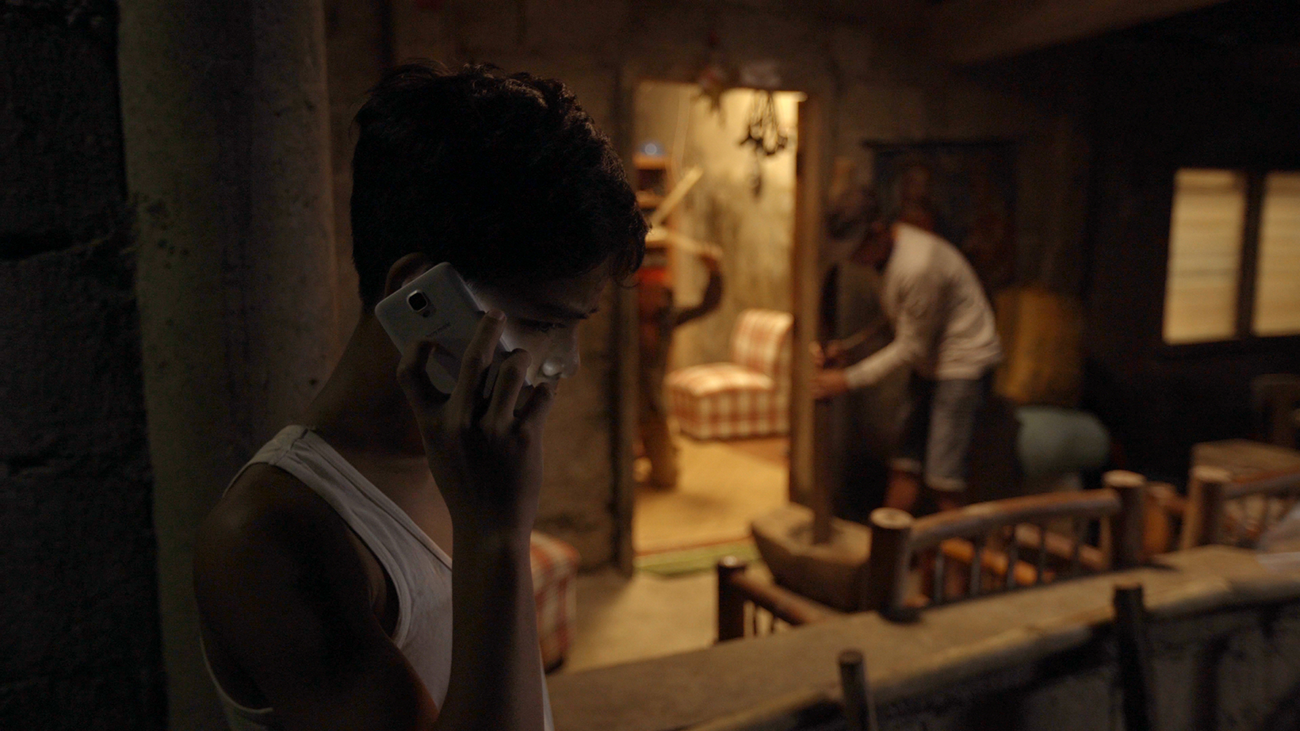 The story is all too familiar to anyone who dares peer into the cesspool of internet toxicity, but what makes John Denver Trending so effective is how it utilises its location to amplify its drama. John lives in a world with limited internet access as a citizen of Pandan, located in the Antique province. Characters frequently find themselves struggling to access wi-fi, spending money at internet cafés, or disconnected from data for long stretches of time. Due to his lack of an internet connection, John does not even discover that he is trending until hours after the irreversible process has begun. While the promise of the Internet was to connect the entire world at any and all times, practical usage of the technologies has shown the impossibility of that mission, leading to increasingly enclosed echo chambers. Across the Philippines, the relentless machine of online hatred transforms the very image of this troubled child in a controversy that is localised yet blown out of proportion.

The 96-minute film is expertly paced and naturally moves along without extraneity. We, like John, are thrust right into the plot and experience the unfolding perception of his life just as the faceless online mob does. While it is unfortunate that John Denver Trending cannot currently be shown on the big screen for NYAFF, watching the film at home may even add to the experience. Its occasional utilisation of ‘desktop filmmaking’ elements and Rommel Sales’ vlog-style cinematography ground the realistic feel of the online world’s machinations, as do the cast’s performances. Jansen Magpusao and Meryll Soriano both anchor the story with authentic, complex portrayals of a boy losing control of his public image and his mother, who is paying a heavy price for her son’s newest mistake while still making amends for his old ones. Each manages to evoke sympathy while being realistically flawed and culpable for the development of John’s character into the kid in that video. 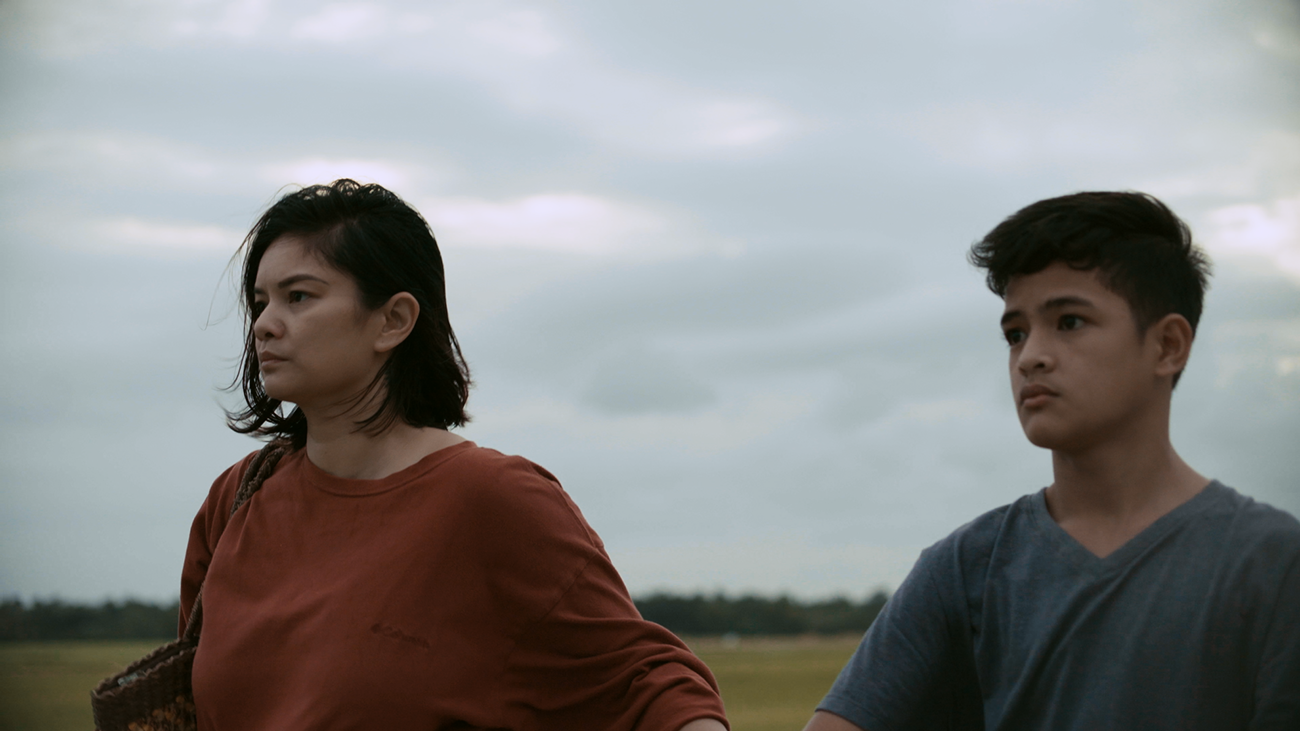 Perhaps the greatest strength of John Denver Trending is the role it forces the audience to play. We judge John in a way we believe feels different than the other characters. Condez’s strong directing leaves the details of the supposed theft of Makoy’s iPad interestingly ambiguous. The potential that he could actually be guilty never leaves the viewer’s mind despite convincing evidence of his innocence. We never know John before his life is turned upside down, causing us to piece together his past in the same manner as most of the people commenting about him online. Does our increased visibility of the Cabungcal family through the subjective lens of a camera make our judgment of his guilt or innocence more correct than these other characters? Surely the characters who confront one of Pandan’s spiritual leaders for answers are as confident in their convictions. Or are we, too, complicit in making judgments about this boy, as we are with so many real life scandals? Despite our unique perspective as an audience, we are still always left with questions about John and what he may or may not have done. His white shirt always carries a black stain, emblematic of his newfound reputation and underlying darkness. The film’s ability to sustain this engaging viewing experience for the duration of its runtime is truly commendable.

Arden Rod Condez’s debut feature has presented us with a gut-wrenching mirror of our own lives rather than a story about someone else’s. His message is universal and a timely reminder that a lie repeated often enough can become true, especially to people in an area where internet access is limited. The actions of the community in person and online are one and the same. While not every shot is cinematically seamless and the film’s ending feels predictable, John Denver Trending is a powerful cautionary tale of the dangers of inappropriate and excessive public shaming.