This was the question asked of director Samantha Lee during a pitch. It’s a question that can sound either naive or offensive, and one which stuck with Lee; so much so that she recreated it in her directorial debut Maybe Tomorrow, in which lesbian millennial creative protagonist Alex (Jasmine Curtis-Smith) pitches her own LGBT+ media to executives. This line, and all its connotations, encapsulates the questions and themes clearly strewn throughout Maybe Tomorrow — those of acceptance, identity, and the emotional tribulations of being queer in the Philippines.

Surrounded by an accepting mother (Cheska Iñigo) and a pair of flirty gay co-workers (Nel Gomez and Gio Gahol), Alex is open about her sexuality to everyone except her actress best friend Jess (Louise Delos Reyes). Upon finding out Alex’s sexuality, Jess is shocked. However, as Jess comes to terms with her friend’s sexuality, she finds herself confronting her own preferences and discovers her relationship with Alex extends beyond ‘just friends’. 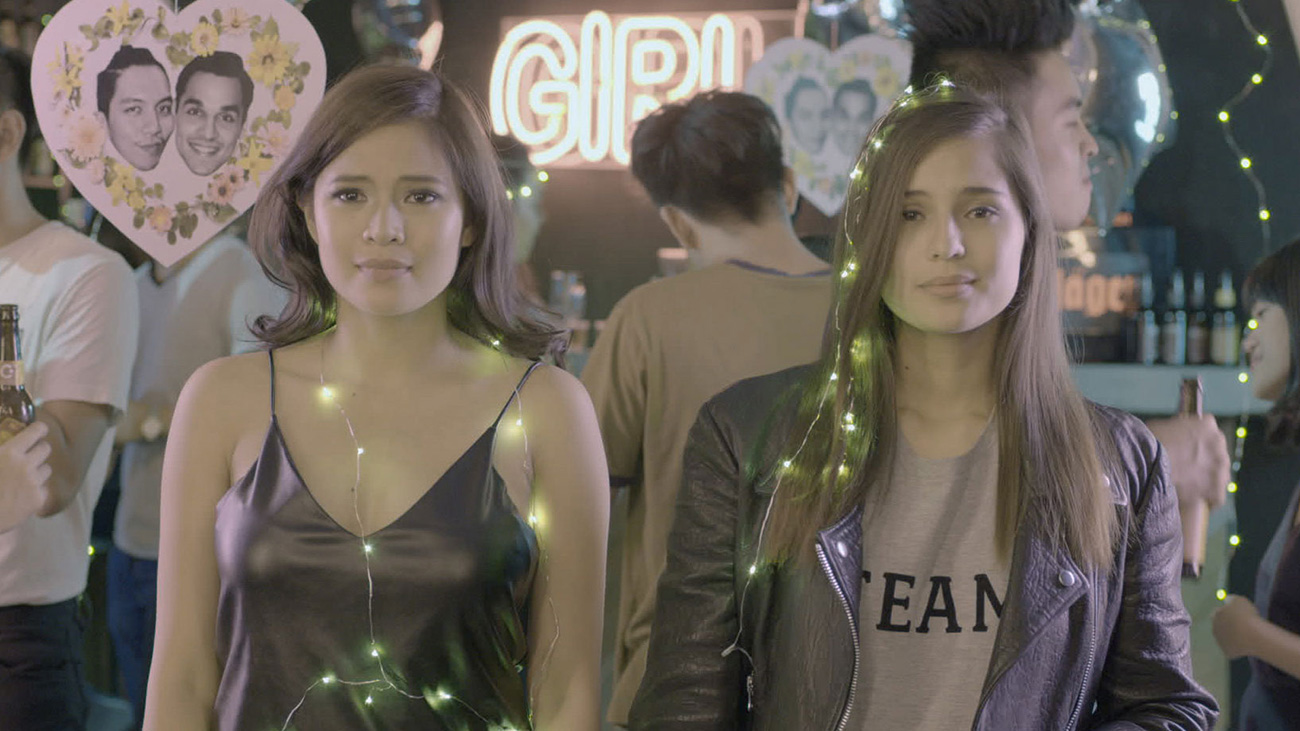 Such a condensed plot summary perhaps infers that Maybe Tomorrow is not interested in exploring societal discrimination against LGBT+ individuals, but this would be misleading. Whilst Alex’s circle of friends and family are supportive of her sexuality, smaller moments throughout the film point to a wider society which is tolerant but not truly accepting. From stark dialogue spoken both in Tagalog and English (“If they find out you are a tomboy, a dyke, say goodbye to your career”)  to smaller presumptuous comments highlighting ingrained, de-personalising stereotypes surrounding lesbians (“She doesn’t look like a dyke”), the realities of being openly LGBT+ in the Philippines are not glossed over. Rather, they are presented within a wider variety of experiences encompassing both accepting and (often ignorantly) prejudiced milieus. This weaving of societal discrimination into smaller moments leaves significant time for the film’s primary focuses — identity and relationships.

Undoubtedly, the stronger of these two elements is Lee’s expansive and honest portrayal of identity and coming out to not just others, but one’s self. The film opens with an atypical approach to the coming out story, with Alex already open with her sexuality to (almost) everyone. Instead of treating ‘coming out’ as a singular, universal experience, Lee displays a refreshing diversity of views connecting identity and coming out, all from LGBT+ characters. Although Alex sees coming out as continual process which confirms her same-sex relationships and sexuality as real to herself and others, her colleague David feels he is neither closeted nor has a need to come out, stating “as long as I know who I am, it doesn’t matter”.

Meanwhile, the need to disconnect one’s public persona from his or her true identity due to societal pressures is encapsulated by vain co-worker Julo. Telling Jess that he doesn’t follow her Instagram because it is “ugly”, he hypocritically agonises over which tattoo he should get – does he get the one he likes, or the one that fits his “brand”? It’s a perhaps too-obvious metaphor, but given the character’s established obsession with image, it works. 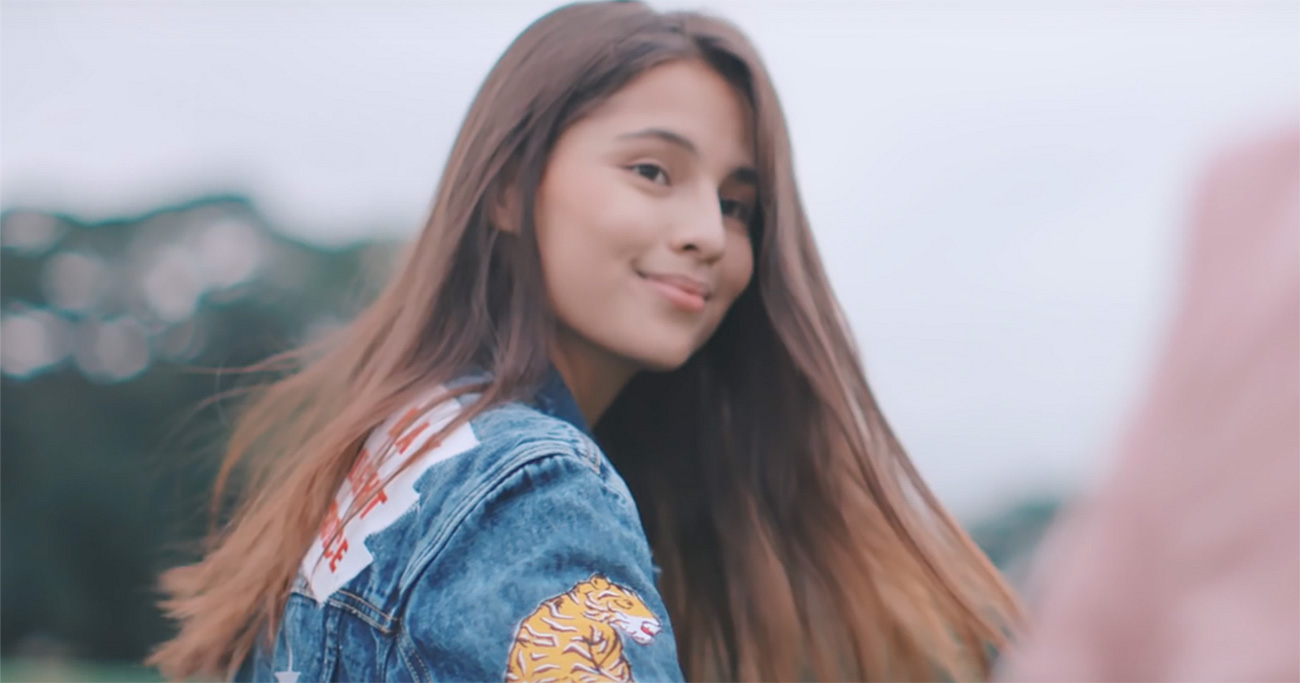 Where such heavy-handedness does not work, however, is with Alex and Jess’s romantic relationship. Whilst their relationship as best friends at least feels established, Jess’s transition from straight to queer and their subsequent romance feels incredibly rushed. Maybe Tomorrow largely relegates the building of a believable romance between the two leads to lengthy, cliched montages of the girls on dates, overlayed with the film’s pastel Instagram filter-like aesthetic and a generic pop score. Accompanied by painfully unsubtle lines which compare lesbian relationships to “making out with your best friend”, the dialogue and filmmaking surrounding the central romance feels adolescent compared to the twenty-something adults it depicts.

Working with a script devoid of nearly all nuance, the film’s lead duo are admirable in their attempts to make their dialogue work. Delos Reyes comes off as the most natural of the two, switching between comedically overdramatic (an expected trait, given her character’s profession) and quietly contemplative of her romance and sexuality. Curtis-Smith’s performance shows a similar, if not more drastic, imbalance. Curtis-Smith is hampered by lines which would feel unnatural in the hands of almost any actor, with “You’re the straightest straight girl I know” being a stand-out offender. Yet when given time to purely display her emotions, rather than lazily explain them with clunky dialogue, Curtis-Smith’s talent finally shines through. This is best shown in the film’s most restrained moment, where the camera stays fixated on Alex as she gradually comes to terms with the end of a relationship. Despite uneven performances from both, their chemistry luckily is strong enough to save the central romance from being uncompelling.

Despite its faults, Maybe Tomorrow is admirable. In terms of queer representation, Lee goes beyond a singular perspective or story. Presenting queer identity, societal acceptance, and coming out as ideals based on the individual’s attitudes, Lee dispels stereotyped images of lesbians by confidently showing a large variety of LGBT+ experiences. Unfortunately, when it comes to the fundamental filmmaking and script, Maybe Tomorrow is not as innovative. Straightforward dialogue, a predictable plot line, and unexciting cinematography significantly weakens its overall impact.