Located in Manila, Dr. Jose Fabella Memorial Hospital is known as the world’s busiest maternity hospital, with more than 20,000 babies delivered on-site in 2014 alone. Informally referred to as a “baby factory”, women are lined up in identical gowns and called upon by number, not name. The applicability of the term becomes even more apparent in the Neonatal Intensive Care Unit (NICU), where up to four mothers and their babies share a single bed. Underfunding means that not only are basic comforts including personal space and sufficient cooling sacrificed, but so is essential medical equipment. To manage such disadvantages, staff implement a variety of alternative methods, such as ‘Kangaroo Mother Care’ cloth tops designed to replace incubators and encourage growth in babies.

These are just some of the conditions and circumstances depicted in Ramona S. Diaz’s latest documentary, Motherland. Shot over six weeks, the film provides an intensely personal snapshot of several women during their time at the facility. Although there is some inconsistent pacing, Motherland nonetheless provides an important record of the conditions, stories, and life-saving efforts at Dr. Jose Fabella Memorial Hospital.

While Diaz’s camera weaves in and out of the hospital’s many maternity departments, the film eventually focuses upon a core group of women and their premature children in the NICU. Among these are a variety of personalities — from the confident and upbeat, yet frankly honest, mother-of-seven Lerma to overwhelmed first-time teenage parent Aira. While each of their stories are unique, they all share similar financial struggles. Particularly heartbreaking is the story of Lea, who was unaware she was having twins until she delivered. Not only is Lea’s husband unable to visit due to not being able to pay for public transport, they also rely on loans from family to muster the 20 dollar deposit required for hospital bills (the rest of which are paid for by charity).

Despite the lacking hospital conditions and devastating stories of poverty experienced by patients, Motherland never loses itself to a complete sense of misery. Instead, it decides to focus on the camaraderie and strong, yet very temporary, bond between mothers. Diaz emphasises the strength of these relationships by showing the more mundane, yet very telling, moments others may have cut, such as mothers having to share food and blankets. Staff are also shown to be instrumental in keeping morale high. A chatty receptionist sprouting humorous advice in particular brought a wave of laughs from the audience every time she appeared (“You got pregnant because you’re all beautiful, but don’t let yourself go,” she says in one instance). This is not to say the patients’ emotional, physical and financial hardships are completely glossed over — the film is blunt and sobering where appropriate. But on the whole, Motherland’s overall uplifting and hopeful tone is refreshing and allows the film attain a playful sense of personality.

Elsewhere, Motherland continues to surprise with its approach to generic form and context. Diaz’s  subversion of standard documentary features, such as title cards and talking head interviews, leaves audiences to deduct the broader social issues which have led to Manila’s overpopulation problem — an issue repeatedly emphasised by sweeping shots showing rows upon rows of overcrowded beds. With Lerma commenting at one point “The children come one after the other, I don’t have enough love to give all of them”, it is little surprise that nurses frequently attempt to convince patients to use IUDs. Yet despite many women acknowledging they cannot financially or emotionally handle anymore children, most refuse. Perhaps suggesting a lack of education or social pressures, a pattern of girls citing family demands or fear of the intrusiveness of the IUD emerge. Meanwhile, more subtle hints pointing towards religion as another contributing factor are revealed through Clarissa De Los Reyes and Nadia Hallgren’s thought-provoking, if not a little repetitive, cinematography. Rosemary beads and religious imagery taped to the hospital’s walls are lingered upon in close-up, while the words “God with us” painted on a nurse’s desk are emphasised through selective focus. The film’s refusal to explicitly explain the broader contextual factors or character backstories may leave some disappointed or confused. Yet the decision to omit this information was deliberate (as suggested by director Diaz during Sydney Film Festival 2017), creating a greater sense of immersion and respecting the intellect of its audience. 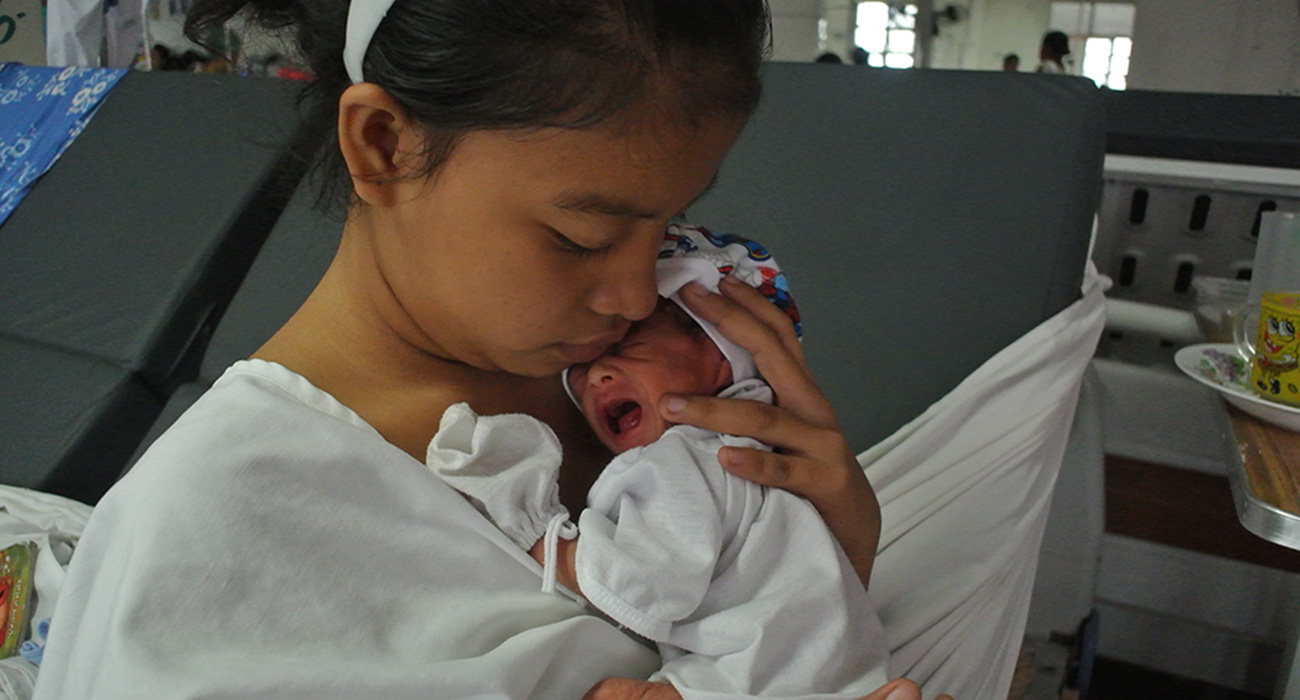 While Diaz’s restrained and slightly atypical approach distinguishes Motherland, it still encounters the same pacing and narrative issues which plague many documentaries. Beginning strongly with a confident sense of rhythm, Motherland begins to buckle under its own ambitions by the second act. For each central subject, the same aspects are explored — their financial situation, their relationship with the father, and their views towards contraception. While the differences and, more commonly, the similarities between their situations are in themselves revealing and interesting, it does noticeably slow the film’s pace and can cause momentary confusion when switching between the many narrative threads. Periodically breaking up this structure are moments of random peculiarity and humour, such as an extended scene in which a mother cannot tell if a baby is or is not her’s. Although these brief diversions communicate the chaotic and spontaneous nature of both the ward and everyday life, they often overstay their welcome and further distract from the already numerous stories at play.

Painting a detailed portrait of not only the patients, but also the of Dr. Jose Fabella Memorial Hospital itself, Motherland creates a remarkable sense of familiarity within its short 94-minute runtime. Focusing on the individual stories of patients with respectful sympathy and without melodramatic pity, overall the film pulls off  a unique, careful balance of light-heartedness and brutal honesty. As a result, Motherland delivers an engaging documentary that is both highly accessible and eye-opening, shining a light on the disadvantaged yet very capable mothers of Manila.