Anyone who feels that Hong Sang-soo is an indulgent filmmaker will no doubt be reduced to eye-popping rage at the very first frame of Claire’s Camera, which opens with Kim Min-hee crouched over documents in a film office during the Cannes Film Festival, with a poster for Hong’s previous film Yourself and Yours displayed very conspicuously on a door in the foreground.

Yes, the director is up to his old self-referential tricks, but assuming that Claire’s Camera is a slight piece of work compared to the likes of On the Beach at Night Alone would be making a very grave mistake. While the sunny, glittering surface of Cannes provides a handsome setting for this exceeding swift sixty-nine minute feature, beneath the French sparkle is a ruminating focus on unmoored souls, the limits of communication, and the ability for people to forge connection with the unlikeliest of new friends.

Kim Min-hee portrays Man-hee, an employee of a film sales company who is abruptly fired by her boss Yang-hye (Chang Mi-hee) halfway through the festival. Yang-hye refuses to state exactly why Man-hee is being let go so suddenly, hedging around insinuations that Man-hee isn’t “honest”. It eventually transpires that Yang-hye is jealous that Man-hee slept with a director client, So Wan-soo (Jung Jin-young), that Yang-hye had already been conducting a liaison with. 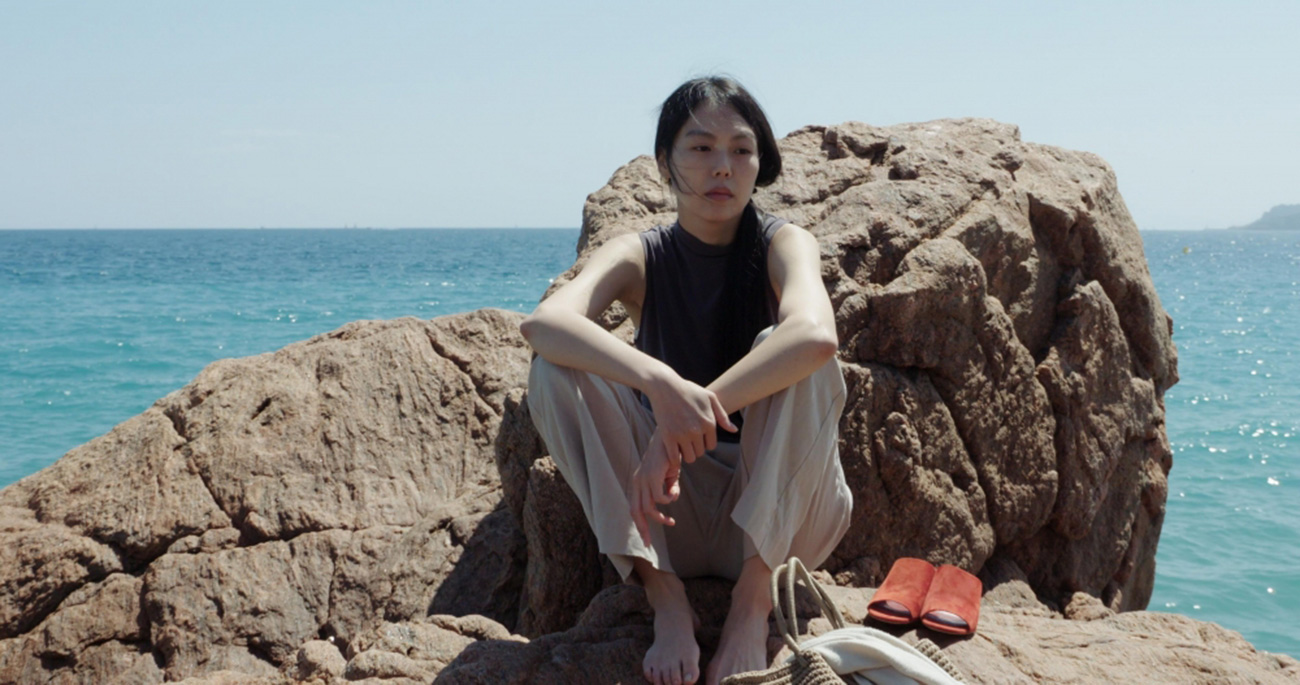 There is also the titular Claire (Isabelle Huppert, returning for her second Hong collaboration after In Another Country), a Parisian teacher who is visiting Cannes for the first time. Armed with her polaroid camera, Claire is open and effusive about everything around her, and she not only falls into Man-hee’s orbit, but has encounters with both Yang-hye and Director So, who is a guest at the festival. A chronologically disordered narrative unspools, with all the major players coming under the gaze of Claire’s omnificent camera, and experiencing the transformative reflection being seen through another’s eyes can motivate.

Previous Hong films, such as Hill of Freedom, have focused on collections of characters who can only communicate via a shared second language that no one is particularly proficient in. Stilted conversations ensue in which misunderstandings are all too frequent, and frustration grows as characters are unable to express themselves as clearly as they desire to. Hong has always been fascinated by how filled with minefields even supposedly simple communication can be; having characters who can only speak to each other in a language they have clumsy skills in and understanding of only heightens the drama inherent in this fascination.

In Claire’s Camera, however, something happens which ordinarily doesn’t in this very ‘Hongian’ situation: despite only being able to communicate to each other in English, the Korean Man-hee and the French Claire constantly find themselves in perfect understanding of each other. Indeed, Man-hee finds an immediate simpatico commonality with Claire that completely eludes her in interactions with her boss and Director So, despite them all having Korean as a first language. Yang-hye’s dismissal of Man-hee, where she refuses to spell out to Man-hee plainly why she is being fired, coupled with Director So’s sexist outburst to Man-hee about her cut-off shorts, illustrate all too obviously that language can be weaponised as a means to obfuscate and wound while shrouding your own feelings and motives from clarity. 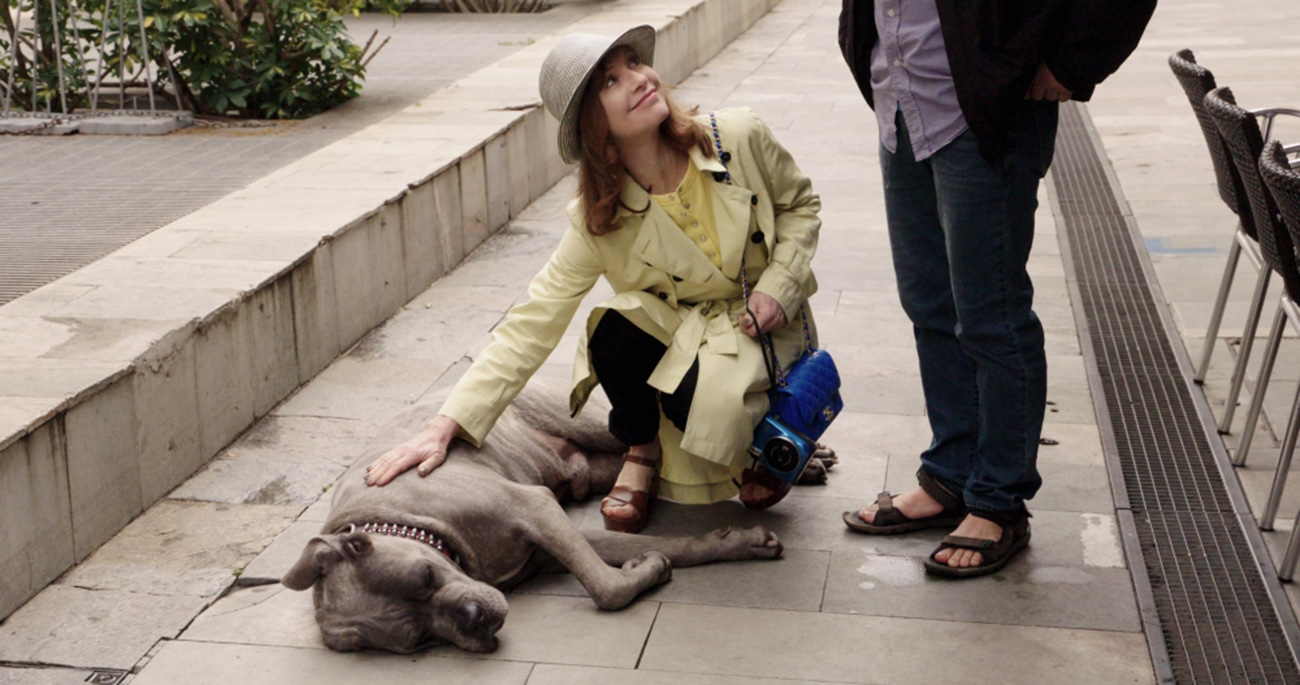 Man-hee and Claire, by contrast, always say clearly what they mean and feel to each other.  Their English skills may not allow them the nuances of their first languages, but it also gives them nowhere to hide from each other – not that it appears that they would want to. The greatest pleasure of Claire’s Camera is to watch Huppert and Kim interact as if they are acting soulmates, and the film would not have the gentle yet compelling strength it possesses without them. They are clearly on the same artistic wavelength here, and their chemistry is electric.

“If I take a photo of you, you are not the same person anymore,” Claire says to Man-hee. To be lined up in someone else’s sight, to see them as they perceive you in a split moment and gain a brief insight of clarity into yourself or see your situation anew, is the upright rod around which the whimsy of Claire’s Camera swirls. Man-hee, in a state of flux and suddenly without purpose, is captured for a moment in Claire’s gaze. And what she sees reflected back to her, in the midst of her uncertainty, distress and ennui, ultimately gives her the strength to move on.

It is not too far a stretch to assume that Hong wants us, the audience, to be captured by cinema’s camera, and to observe in ourselves what the film reflects back to us. Whether you are amused and moved by Claire’s Camera, or frustrated by what you perceive as its inconsequentiality, says more about you than the film itself. See, just as he tricked you in the opening frame, old Hong Sang-soo expects your criticisms and has a sly rejoinder every time.