By now it should come as no surprise to see a Hong Sang-soo film included as part of the MIFF programme (or indeed when the prolific filmmaker has been particularly productive, even two new films!). The festival has been a long supporter of Hong’s airy, soju-soaked, time-twisting output. It’s at MIFF that I first fell in love with Hong’s films and I can’t imagine a festival without them.

Hill of Freedom is the perfect entry point into Hong’s work if you happen to have not stumbled across his films before. While not ascending the heights of his masterpiece The Day He Arrives, this barely-over-an-hour slice of chiffon cake still proves to be a bit more substantial that some of his more recent puff-of-air offerings like Oki’s Movie and Nobody’s Daughter Haewon. It presents you in a nice tidy nutshell the majority of his filmic concerns, primarily the non-linear understanding of cinematic space and time, and the tangled web of human connection that we construct within our lives. 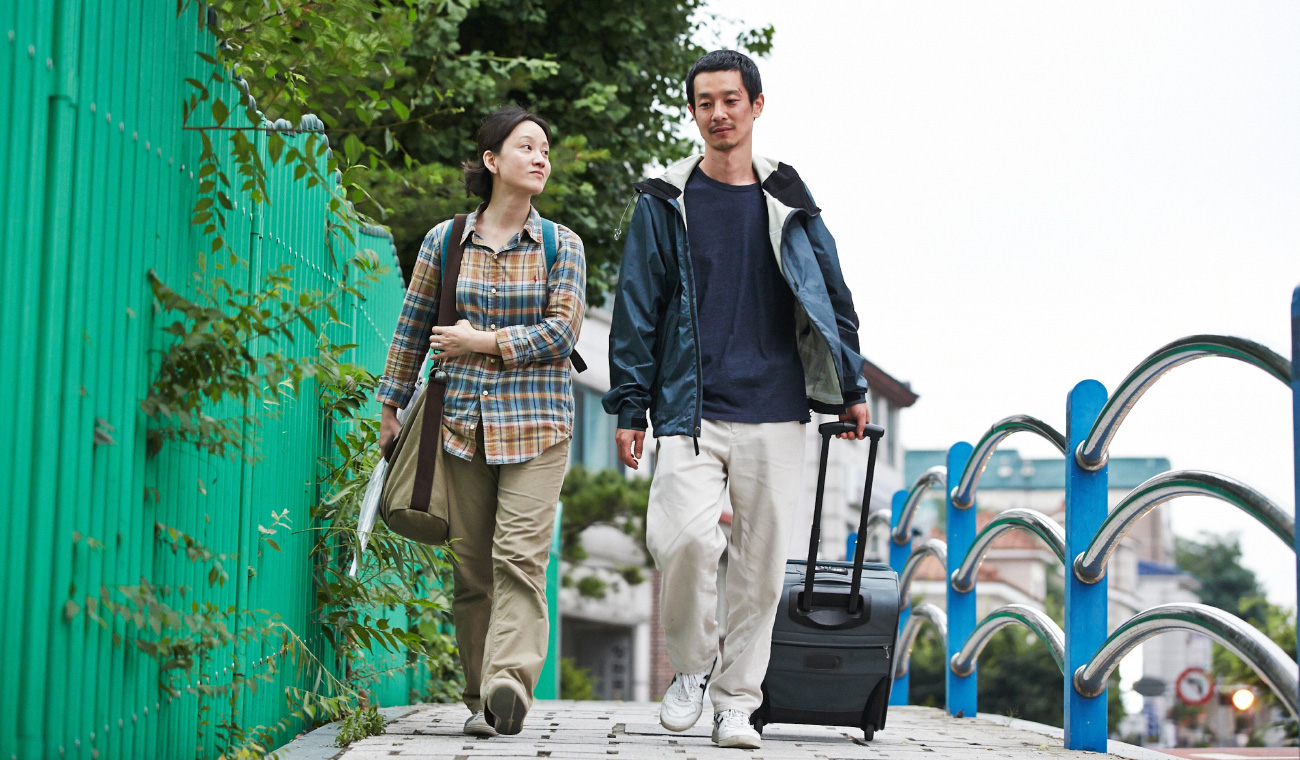 The film starts with Kwon (Seo Young-hwa), who has received a bunch of letters from a Japanese teacher friend, Mori (Ryo Kase). She however accidentally drops the pile of correspondence, before picking them up and reading them out of chronological order in a jumble of timeframes. It turns out that Mori had come to visit Kwon in Korea, admitting that he is indeed in love with her despite her previously rebuffing him, and in attempting to locate her ends up having casual low-key adventures with seemingly everyone in the village bar except Kwon, whom he never encounters. In his search Mori returns repeatedly to a local café called Hill of Freedom, helmed by Youngsun (Moon So-ri), with whom he experiences another kind of quiet, delicate romance.

Like most of Hong’s recent output, the going is gentle and genial in Hill of Freedom, with all of the humour and mild drama being built up purely through everyday human interaction – ordering lunch in a café, or talking with your landlady. Mori has no Korean language skills, and the common language he shares with most of those that he encounters is English. Hong takes great evident pleasure in exploring the humour inherent in conversations where the language being spoken is neither participants’ native tongue and the misunderstandings that ensue not only from not being proficient in that language, but from attempting to use it to express your foreign outlook to an already perplexed audience. It’s a new twist on an old Hong preoccupation: that you can never be certain that your conversation partner will truly understand you, and if what you say can be misconstrued it absolutely will be.

Performances-wise Kase has a gangly, baffled charm who perfectly suits a character that spends a lot of his time wandering aimlessly buffeted by chance and happenstance. Seo doesn’t have terribly much to do as the rather static Kwon, but Moon injects proceedings with welcome sweetness and calm energy whenever she appears as the café’s proprietor. Meanwhile the always excellent Yoon Yeo-jeong (seriously, I am more than a little obsessed with her) as Mori’s landlady threatens to steal her scenes out from under the film. 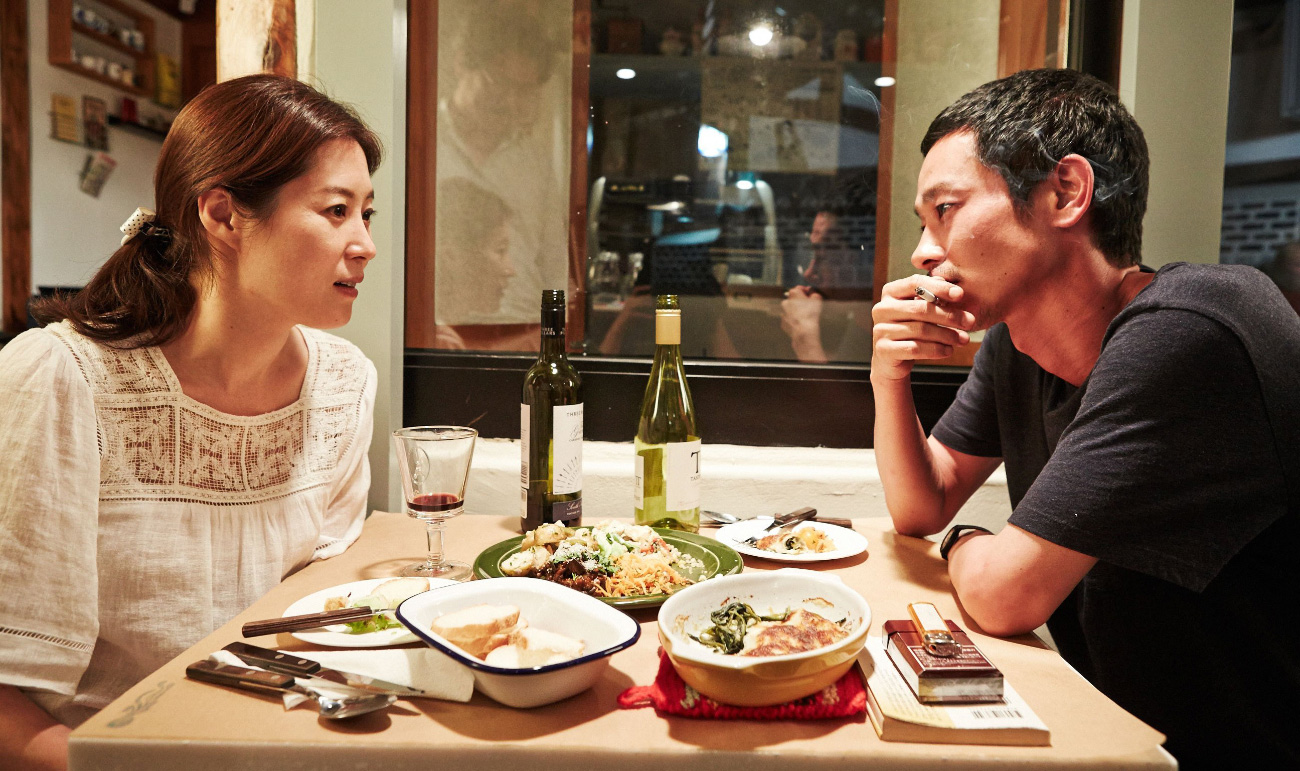 As a filmmaker whose films, even more so than most directors, return again and again to the same thematic wells, visual and narrative structures, and even near-identical characters and images, the general criticism of Hong is that he can sometimes come across as lazy, or perhaps even uninspired. It’s not an argument that I find terribly compelling, however. To be so prolific upon ideas of human interaction, the fluid nature of time and memory, and even on the idea of limitation itself; this is an artist intent on finding new expressions within old ideas at every turn. A tweak here, a shift in intonation on a question there, backtrack on a time-frame and suddenly what could have been stale is suddenly rich in new possibility.

Hong’s films seem innocuous on the surface, but the best of them bend in upon themselves in fascinating layers, and lend weight to his more slight-seeming films purely from their shared bones. It’s a cinematic universe of related puzzle boxes, where once you crack one, you can’t help but always be intrigued to tackle the next. I’ll raise a glass of soju to any filmmaker who puts so much thought into what seems so simple.