Iisa is not a disaster film, though it is set in the post typhoon devastation of a rural community. It is also not an action film even with armed militia as main characters and though it has a strong religious subtext with suffering, struggle and death, that doesn’t qualify it as a passion play either. Issa is however a work of passion and it is a human story; a story from the heart and the directorial debut of Chuck Gutierrez from the Philippines.

The coming together of adversaries in the face of survival; the factions that emerge and cracks that appear amongst allies when facing these pressures; the pooling together of resources when they are needed — these are all defining themes of this beautifully shot film that seep throughout and are reflected in the title. The church may be buried roof high in mud but the faith is still as strong as ever, as is Chuck’s faith in cinema — this is one for the big screen. Soaring visuals, grand soundscapes and big themes.

Reminiscent of watching a Pier Paolo Passolini film or some of the earlier Italian Neorealist films, Iisa has those same beautiful human moments where it often feels like watching portrait art with movement. Studies of the people, not too close up but framed and with no action except for just being, watching, thinking. Long duration shots of individuals that allow you to read the story etched into every line on their face; to witness the innocence but knowing of the younger ones and to read the treachery from those old enough to know.

These are deep happenings and they are beautiful moments. We get to feel their feelings and this is humanity in all its flawed beauty. Similar to those Italian films, you don’t always know exactly what is happening but you can feel the moment. These are not ‘Hollywood’ moments where plot is bashed over your head in bland expositional dialogue – they’re more like occasions where you need to feel and follow your emotions and maybe dwell in the moment. A bit like the Bob Dylan song ‘A Ballard of a Thin Man’: “Cause something is happening here but you don’t know what it is, do you, Mr. Jones?”. But they say great art is not there to be understood, it’s there to be felt. It gets you in the heart. 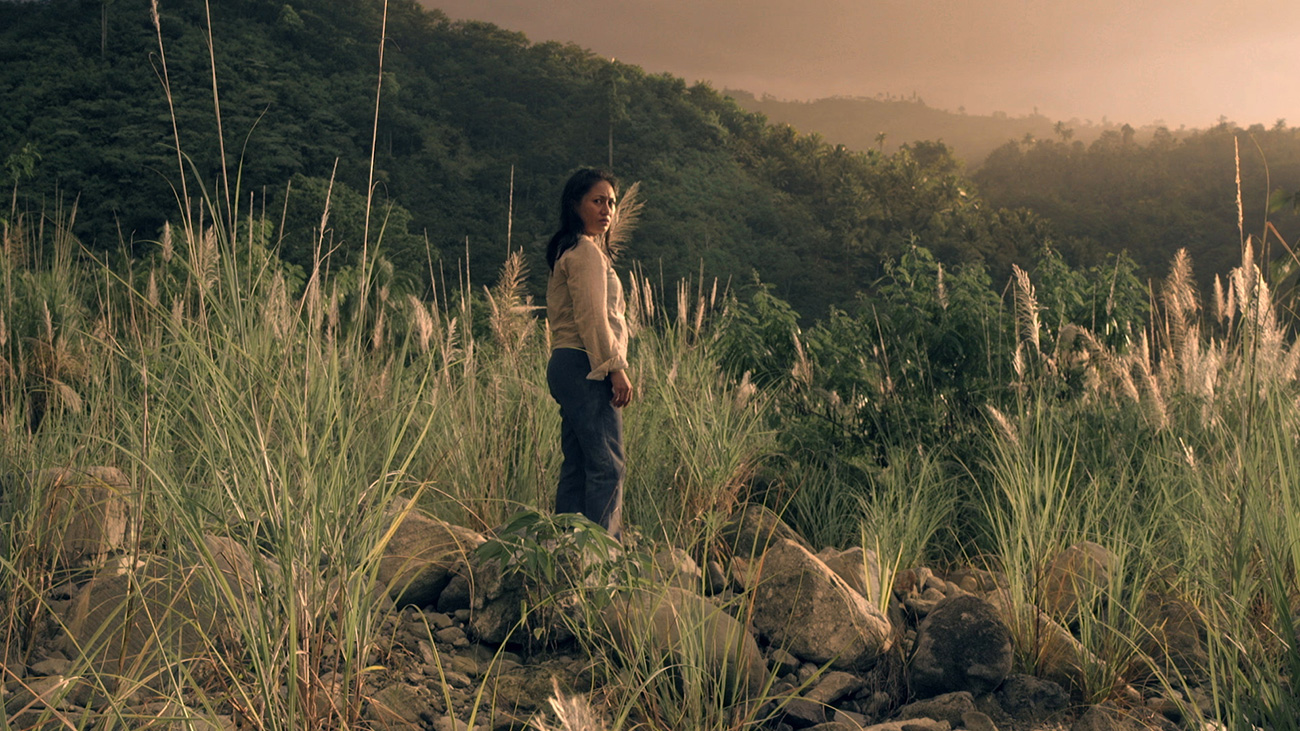 Angeli Bayani plays the main character Rose, a woman whose loyalties are split between the movement and the future of her children. She is plotting her escape but she is still compelled to aid her companions. She is suspected of embezzling the school’s building funds and not liked by more than a few. Angeli comes from a solid background of films having played the maid in Anthony Chen’s glorious Singaporean drama Ilo Ilo (2013) and was the lead actress in Lav Diaz’s epic Norte, the End of History (2014). She brings her power and presence as a lead actress to Iisa in another super performance where she is both stoic and distraught, villain and victim.

But what triggers the immediate struggle within Iisa is a natural disaster. A cataclysmic storm and landslide that has wiped out the town, buried the church, destroyed the crops and killed many. Unfortunately storms of this nature and magnitude are commonplace in this part of the world.

In the desperate aftermath, cracks within the movement appear and they deepen in the ensuing days as hunger sets in. Meager relief delivered to the government supporters in a neighbouring village is withheld from this group; they are left to fend for themselves. Desperate hunger motivates desperate measures, which in turn lead to more tragedy. Confronted with injustices it is a humanity that unites and prevails, an essence of faith that sometimes brings the factions together.

“The Filipino spirit unites all factions of the community for us to survive. That’s the reason and inspiration why I decided this to be my first film,” director Gutierrez says.

“My country has been ravaged by natural disasters frequently. For a country that is poor and culturally diverse from one another, we often survive the worst nature can give us. The events in the film are inspired from Typhoon Bopha (2012) and Typhoon Haiyan (2013). We shot the film where Bopha actually hit (the landslide location).”

He also makes a point that “the international media only know the basic facts of the storms” and wanted to right that wrong by showing “personal stories that transpire on the aftermath of the storms”.

This need to show the world the impact of these disasters beyond the neatly edited world news bulletin has been a common theme amongst the Filipino independent filmmakers of late. Brillante Mendoza’s Taklub and Lav Diaz’s Storm Children – Book One being two examples of indie Filipino filmmakers giving the people a voice and telling their story from not the epicenter of these storms but bang in their aftermath. Gutierrez’s film adds another dimension in moving away from the urban environment and showing us the rural, provincial perspectives of the Philippines.

You are in no doubt that this film is not only well directed but skillfully crafted too with beautiful cinematography, stylised set-ups and deft editing. Someone who knows his language has created this film. Obvious signs of this are the neat bookends of the film, reverse angle shots of the same action, the rain coming down. Beautiful shots, stylized shots, crafted shots but both shots have their own meaning, one from above, one from below.

Another long, set-up is the resurrection of the cross, too strikingly similar to that iconic photo from the United States’ Pacific Campaign in WWII — the raising of the flag at Iwo Jima. It’s not an exact replica, being a mirror image, but the similarities are eerie. Again this technique reminded me of the Pasolini short film ‘Il Ricotta’ where he replicates famous paintings of the Italian Renaissance Masters in order to load his film with political subtext. But what is being said at this moment? Because there is plenty of political commentary going on in Iisa, overt and sub textually.

Scenes like this are not accidental. I had to ask him the question.

“It’s just coincidence probably,” he said. “We don’t have any lights on the set and we meet to finish the scene before the sun sets [so] it just came out like that.”

Gutierrez continues and elaborates on the scene, explaining that “faith is an integral part of our society”.

“It doesn’t matter what religion and political affiliation you might have with other people in your community. Once someone else needs your help, Filipinos will always be there to help. That’s the essence of the cross scene in the film.”

Director Gutierrez may be having his feature directorial debut with Iisa but this is not his first time with cinema as he comes from a background of ‘power’ editor to a long line of Filipino independent cinema classics, narratives and documentaries, that have been viewed around the world. He is also the principle of Voyager Studios and is husband to documentary filmmaker Babyruth Villarama-Gutierrez.

And as a first feature it’s not perfect but that’s okay because the moments where it doesn’t quite work are totally overwhelmed by the majority that do. Some of the off-screen violence feels a little bit clunky and unconvincing compared to the rest of the film but narratively you get the idea and there are certain moments in the film where it feels like the message is being milked. But these are far and few between and overall cannot take away the overall triumph.

Another similarity with Pasolini that Guiterrez’s film shares is the people of the film — they are on the economic and political fringe of society but this time rather than being in the urban landscape of Rome we are deep in the jungle of the Philippines. The struggle with their government is an armed one and it is ongoing. It is their life.

“The two factions in the film are the government soldiers and the rebels called the New People’s Army (NPA),” Gutierrez explains.

“The NPA is a communist group that started during the time of Marcos in the 70’s. They continue to exist today to protect the rural community to injustices brought about a corrupt government in the Philippines.” 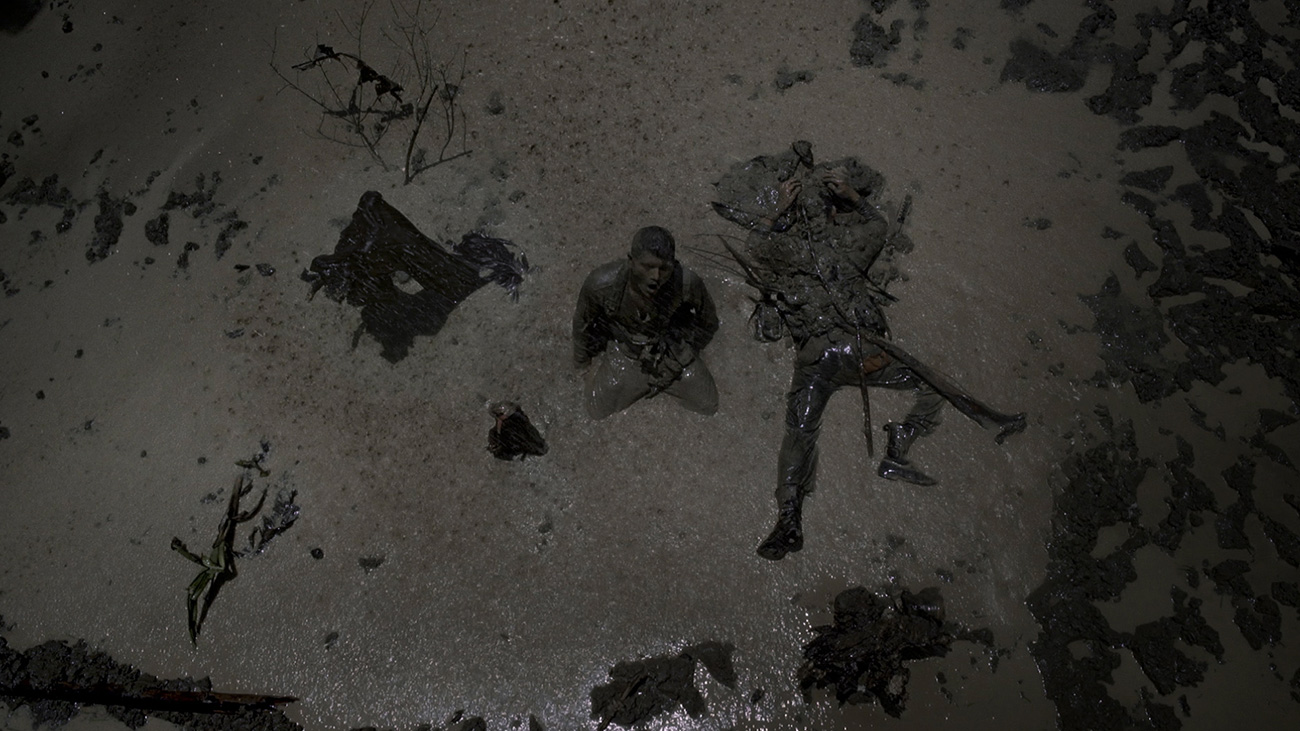 So with all these comparisons to Pasolini, I asked if he and the Italian Neo-realists were of influence on him as a filmmaker.

“Pasolini is indeed an influence as well as Vittorio De Sica. Asian filmmakers who influenced the style of Iisa are Zhang Yimou and Lino Brocka. However, I tried to develop my own film language in my first film. Being an editor for more than a decade surely helps finding my own voice.”

Lino Broka was and still is a widely influential and heavily decorated Filipino filmmaker from the ’70s and ’80s while China’s Zhang Yimou and his recurrent themes of resilience from his countrymen in the face of hardship and adversity made sense. And of course, Pasolini was the champion of the proletariat.

Guiterrez, despite his pedigree of influences has indeed started the journey of developing his own voice and it is remarkable what he achieved so quickly and with so little. He says his film was shot in eight days “with a shoestring budget”.

Creating magic on low budgets is a common theme in the Philippines; it is the land of some of the most exciting filmmaking emerging from around the world. This film was a part of the QCinema International Film Festival 2015, one of eight in competition. This means he received part funding from the festival (it’s like seed funding but it is a great initiative as it gets films made and the standard is usually high). QCinemaIFF has recently taken the mantle from Cinemalaya (a similar in concept but longer running festival) as the most exciting champion for the indie filmmaker scene. Guiterrez has hopes and aspirations for his film and for his nation’s cinema to start to find a wider audience here in Australia.

“Hopefully we can show good Filipino films there on cinemas soon,” he says.

With the state of Australian cinemas however, this may be a hard ask but with the quality of Filipino Independent Cinema maybe it could be just possible?