It’s very easy to judge a stranger. When Junhong (Aviis Zhong) and her friend Peiyi (Alina Fan-Ting) witness a man stealing women’s underwear under the cover of darkness, Junhong films it on her phone, then decides to track down the “pervert” and shame him for this transgression. But what White Ant, the debut narrative feature from Taiwanese documentarian filmmaker Chu Hsien-Che, takes such pains to lay out is that making snap judgements about behaviour can result in further isolating and damaging people who don’t fit within shared cultural norms.

When Yide receives a DVD in the mail, anonymously sent by Junhong, that features footage of one of his underwear thefts, it’s like his private little world has been violently punctured. Having already been introduced to Yide through the eyes of a voyeur – during that opening there are plenty of low-angled, furtive shots emphasising the audience’s secret view into a man’s life that he doesn’t want anyone to witness – the audience is immediately implicated in the fallout that is to follow. 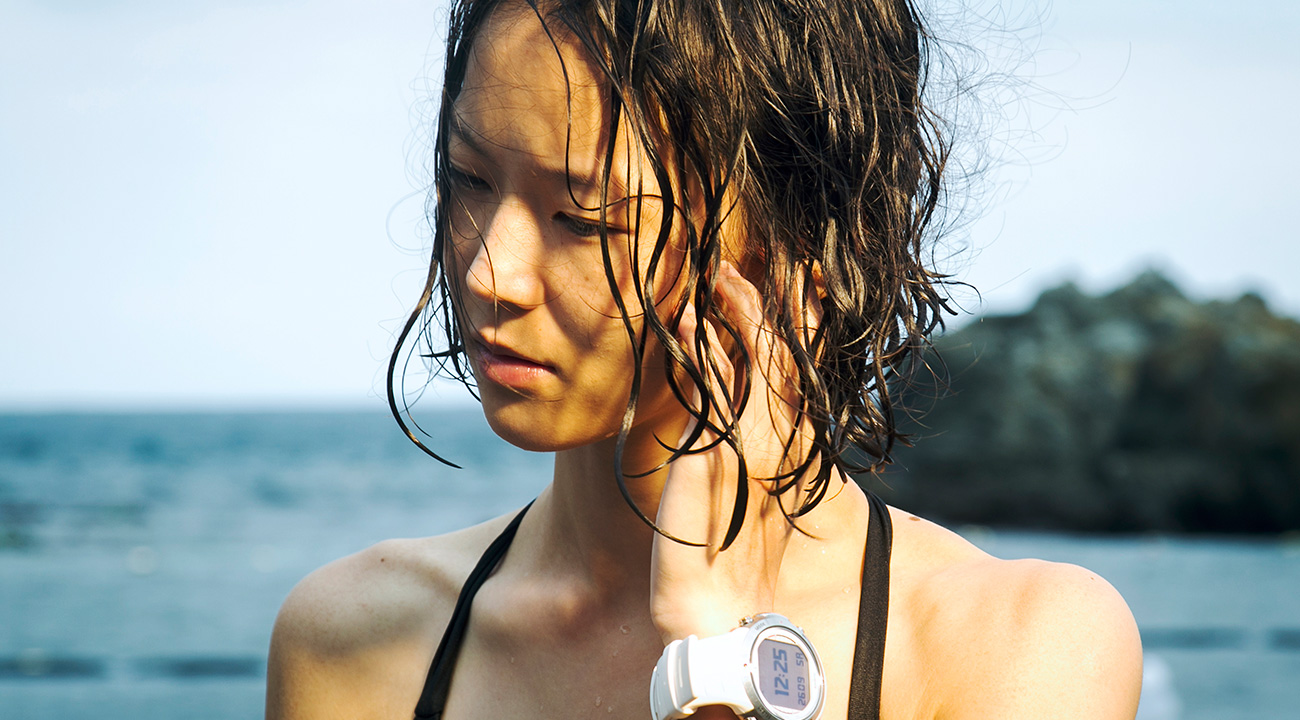 Yide is plunged into a paranoid state of knowing someone is watching him, but not knowing who. The revelation that someone knows his secret, a secret he views as making him unacceptable to society, and that person seems to be attempting to blackmail him, is catastrophic. His detached awkwardness at work, in the streets, and even at home increases exponentially, and when a second DVD arrives he collapses into an emotional panic, blindly confronting strangers as now persecution could be coming from literally anywhere.

Junhong, meanwhile, is uncaring about any pain she may be causing for her target. Junhong is a masterful character construction of self-righteous ego, a woman who is in the right but is utterly unsympathetic in how she goes about dealing with it. Her actions against Yide seems less compelled by legitimate anger at the theft, and far more as a chance to shame and ridicule a stranger for sexual behaviour she views as disgusting. “His kind are all cowards,” she says with relish about Yide, and her collaborator Peiyi, along with Peiyi’s boyfriend Jinhao (Hu Wie-Jie), grow increasingly uncomfortable with Junhong’s pitiless persecution.

The two young women keep stalking Yide, and baulk at Jinhao’s suggestion that they go to the police rather than needle Yide anonymously. Perhaps this is born out of a not unrealistic assumption the police wouldn’t take the complaint seriously, but it becomes obvious that the pleasure for Junhong isn’t in seeing a crime brought to justice, it’s in making Yide squirm. Yide isn’t a person to her, he is a plaything for her to work her inner rage and frustrations out on and, if Jinhao is to be believed in the heat of an argument, Junhong may have her own sexual foibles that render her a hypocrite. 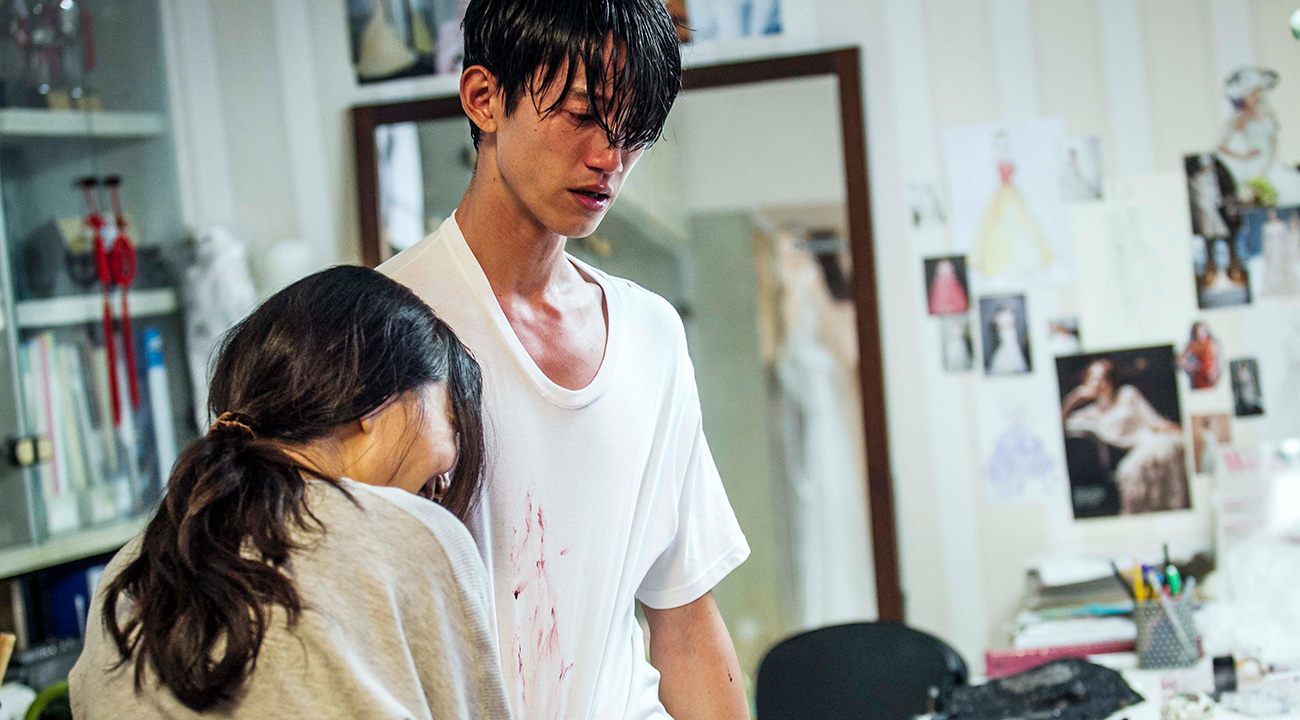 Everything is set for tragedy and it ultimately unfolds with a horrific bang, revealing the origins of Yide’s sexual fixation and how it brought shame upon his mother Lam (Yu Tai-Yan) and family, and causes Lam to live in a constant spiral of guilt. The greatest flaw of this film, sadly, is how it links Yide’s sexual dysfunction and fetishism to his mother and a traumatic childhood incident. It’s far too pat and reeks of simplistic armchair psychology, and seems out of place in a film about the murky and complicated lines of human behaviour. Ultimately it’s an easy answer that lessens the film’s impact. It also suggests condemnation against single women with children who continue to have sex lives and that such behaviour could damage those children, a woefully derogatory stereotype.

Where the film doesn’t fall down, though, is in its depiction of Junhong. Her journey is a slow and nuanced one of growing self-awareness and acknowledgement of empathy and the personhood of others. When tragedy first strikes, Junhong refuses to accept any sense of guilt and culpability. It is completely in keeping with her arrogant attitude and unwillingness to feel for others that it takes her a long winding road, one that ultimately joins up with Lam, to truly understand the consequences of her cruel harassment. Like Yide, Junhong is a roiling mass of pent-up emotions that she refuses to express – when both characters finally explode at different junctures throughout the film it’s simultaneously horrific and a release. Zhong and Wu are both electrifying in roles that could have slid into melodrama without each actor’s precise control of the material.

“How come you can start all over again?” Yide asks plaintively on the precipice of disaster, and one of the tragedies of White Ant is that Yide never finds a way to redefine himself and become more than his fetish and shattered dreams of normalcy. Equally tragically, Junhong doesn’t realise the extent of her punishing behaviour under the guise of moral superiority until she has contributed to ruining several people’s lives. Director Chu has written in a director’s statement that the underlying thesis of the film is about how when interpersonal relationships change in the face of desire “fear gradually accumulates, gnawing our mind away like a white ant.” Yide, terrified of being exposed as existing outside of his milieu’s accepted sexual norm, is devoured by his mind’s white ants. Junhong can only hope that her guilt does not wind up devouring her.