Content Warning: This review contains references to fictional and real instances of sexual assault. Reader discretion is advised and support resources are available at the end of the article.

After years of rumours, a New York Times expose in 2017 uncovered decades of sexual assault and rape allegations against powerful Hollywood producer Harvey Weinstein. Within days of the story breaking, a staggering number of actresses and models came forward with accounts of Weinstein pressuring or assaulting them. The growing allegations against the producer prompted an outpouring of stories on Twitter under the hashtag ‘#MeToo’, revealing incidents of abuse and sexism across a variety of industries. The now-dubbed ‘#MeToo movement’ has seen more than 100 prominent entertainment figures accused of sexual misconduct, showing just how widespread sexual assault is amongst the upper echelons of Hollywood today.

Meanwhile across Asia, the plight of actresses subjected to sexual, physical, and emotional abuse was also drawn into the spotlight. Renowned Korean director Kim Ki-duk has had several accusations of sexually predatory behaviour levelled against him, while in Taiwan,  director Doze Niu was charged with raping a crew member following years of alledged inappropriate behaviour on-set.

But eight years prior to Weinstein and Asia’s #MeToo movement, one of the most shocking cases of actress abuse came to light with the death of Korean actress Jang Ja-yeon. The South Korean entertainment industry was rocked by allegations contained in Jang’s suicide note claiming she was sexually assaulted by more than 30 executives and media professionals. The case continues to develop even today as a reporter was convicted in July 2019 on charges of molesting Jang. 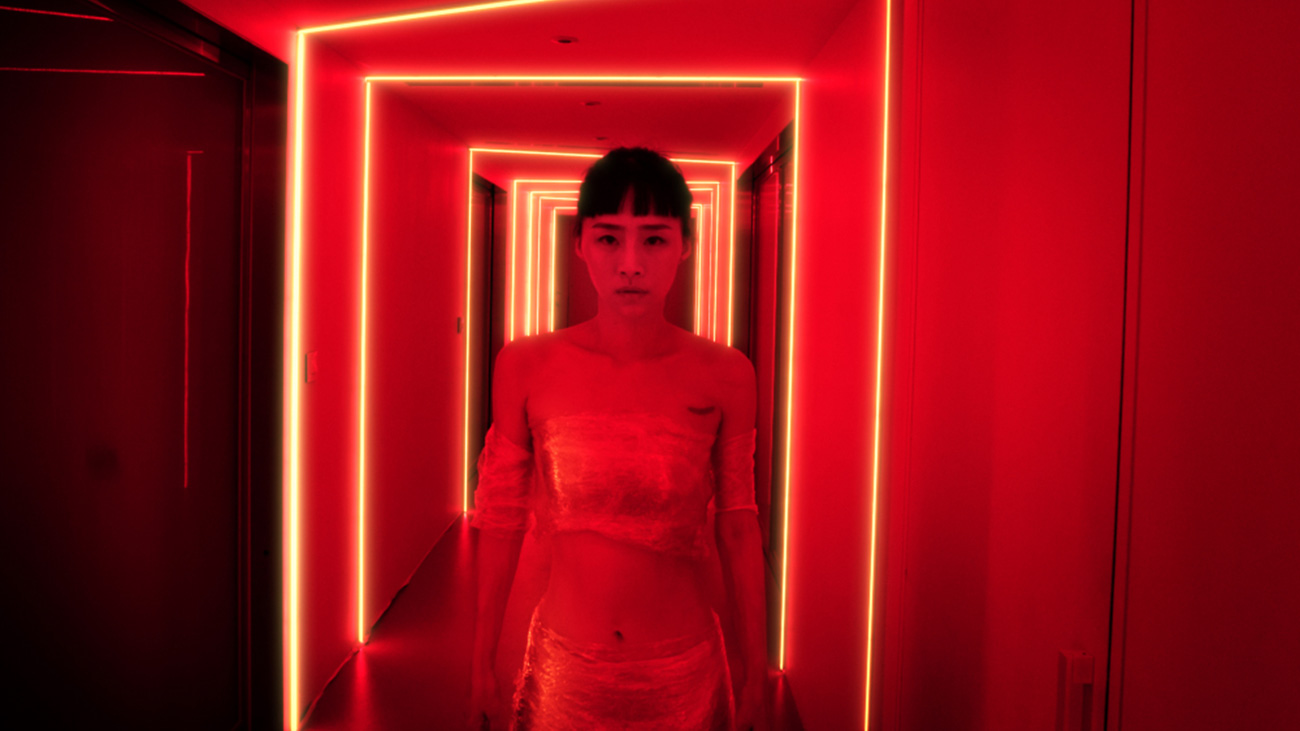 Jang’s enduring story and the broader #MeToo movement served as the impetus for actress Wu Ke-xi to share her own stories of mistreatment with fictional drama Nina Wu. Rewriting her screenplay in the wake of the Weinstein scandal, Nina Wu marks Wu’s first foray into scriptwriting, with the final film co-written alongside long-time collaborator and director Midi Z (The Road to Mandalay, Ice Poison). While Z and Wu display tremendous synergy as director and actress, as a team of writers the results are more uneven. Stretching itself thin both narratively and stylistically across its #MeToo and hometown outsider narratives, Nina Wu falls just short in providing the focus and impact needed by its important subject matter.

Struggling to make it big years after moving to Taipei from the countryside, rookie actress Nina (Wu) is told of an audition for the leading role in a blockbuster romance film. While Nina feels cautious and uncomfortable with the role given the need for a nude bed scene, she also recognises this might be her last chance for a big break. As she navigates the acting world, Nina must grapple with the abusive and sexist challenges of the entertainment industry.

While director Z claims the film is not based on real people, several of the events depicted are drawn directly from Wu’s career or steer eerily close to real incidents. One particularly chaotic scene where Nina is choked and slapped by a director to get a better performance was inspired by a traumatic incident Wu experienced early in her career. While shooting a commercial, Wu says a co-star was instructed by the director to slap her 30 times with prop money while she was filmed. The unscripted event had a severe effect on Wu, recalling in an interview: “I had nightmares and the director’s voice was in my head all the time. I would experience this humiliation over and over again…I wanted to cry all the time.” Wu channels this pain into her powerful performance. Often bursting into tears and theatrics, Wu’s large expressive eyes and rigid posture at times evokes Shelley Duvall’s performance in The Shining (perhaps intentionally, given Kubrick’s infamously harsh treatment of the actress during filming). 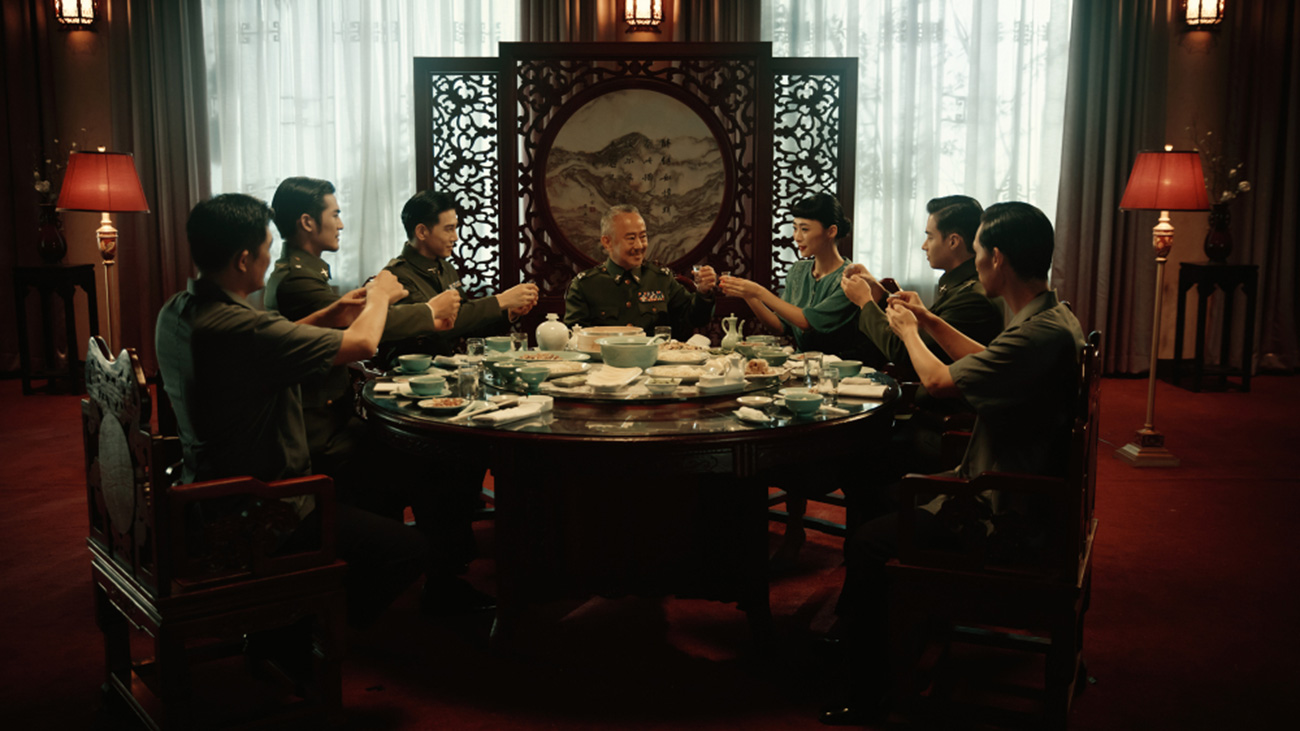 Other events depicted in the film bear a striking resemblance to infamous cases of Hollywood negligence. A scene in which Wu is injured in an on-set explosion while shooting without permits calls to mind the tragic Twilight Zone incident or, more relevant to the #MeToo movement, a car accident on the set of Kill Bill which left star Uma Thurman with ongoing injuries. Keeping these contextual details in mind helps ground Nina Wu as it coalesces nearly every facet of filmmaking abuse into one microcosmic story, elevating its already dramatic plot points with dips into metaphorical and stylistic horror during the first and final acts.

It is between these points, however, that Nina Wu loses its way. For much of the second act, the film’s examination of on-set abuse is distracted by the storyline of Nina’s return to her rural hometown where she cares for her poor family and is reunited with ex-lover Kiki (Vivian Sung). Some of this works, with Z using these scenes to flesh out Nina’s backstory and comment on social rural-urban divides. But other aspects of this detour, such as her mother’s failing health, feel comparatively underdeveloped and removed from the film’s more timely musings on the entertainment industry. With little effort to smoothly integrate this sub-plot into the overarching narrative and commentary, Nina Wu consequentially feels split between two promising, but unfulfilled, premises which lack cohesion.

Exacerbating this discordance is the film’s stylistic switching between minimalist personal drama and more heightened genre filmmaking. Scenes set in Nina’s countryside hometown are shot accordingly with little flair and realistic, muted palettes. But when it comes to examining the film industry, Nina Wu takes on a more surrealist tone, with the film at its most confident during the early reality-bending on-set moments. Effective one-take shots, elegant set and costume design, and a hazy distinction between dream, ‘reel’, and reality combine to create intriguing sequences which highlight the artificiality of filmmaking and how women are disproportionately belittled during production. This is demonstrated skillfully in the film’s many fake-out moments, such as when a gradual zoom away from Nina’s acting mid-scene reveals the crew around her continually interrupting and criticising her performance while the other all-male actors are not addressed. The gradual and continual crawl of cinematographer Florian Zinke’s camera instills a rising sense of frustration and sympathy for Nina, while pointing out the irony of being directed to act “natural” in such a manufactured and pressure-filled environment. 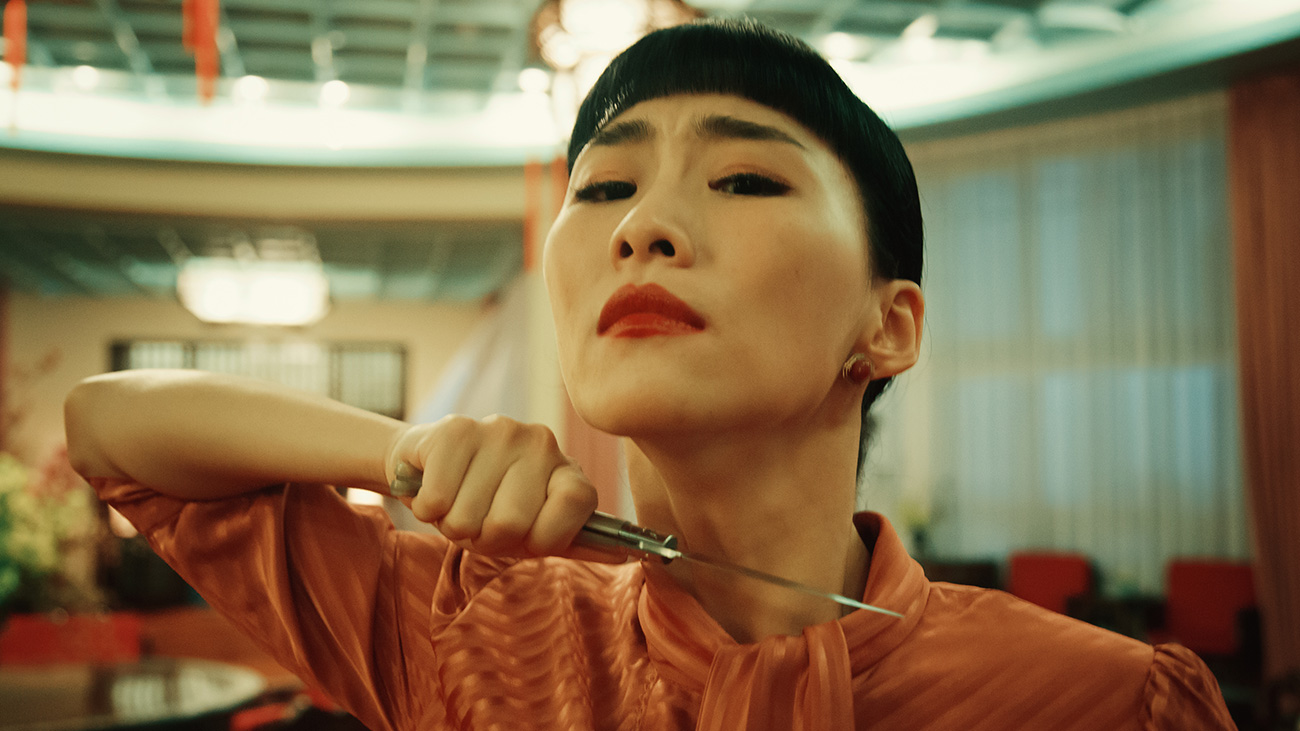 Eventually, as one may suspect given the film’s #MeToo inspirations, Nina Wu tackles the more concealed acts of abuse actresses face to even start a career. In a potentially risky move, Z and Wu personify Nina’s survivor’s guilt and PTSD as a murderous stalker who suddenly appears in several horror-inspired sequences. It’s an initially confusing and jarring choice as the root of Nina’s trauma is only hinted at for most of the film (interestingly, the film’s Mandarin name translates to Smoldering Secret). Thankfully, Z and Wu manage to successfully tie their symbolism and narrative together with a confronting reveal which emphasises the brutalisation and dehumanisation of women working in the ruthlessly-competitive show business.

While Nina Wu’s fictional #MeToo tale is admirable in its intent and fascinating its commentary, the film’s wandering focus and largely metaphorical representation of PTSD leaves room for a deeper and more personal exploration of abuse in the filmmaking industry. Director Z seemingly acknowledges this too and admits, “If a woman had directed, it would have weighed more heavily to the female point of view”. Without discounting Wu’s contribution to the script, given the film’s out-of-place second act and #MeToo’s aim of empowering actresses to be heard, perhaps a more consistent and profound consideration of the ‘female point of view’ is what Nina Wu needs.

Support is available for those who may be distressed by contacting one or more of the following Australian services:

State-specific services can be found at ReachOut Australia.