Let Hoi Decide (aka De Mai Tinh 2) is a sequel to the 2010 film Fool for Love (aka De Mai Tinh). This romantic comedy is CJ Entertainment’s (South Korean major production) first co-produced Vietnamese film. A straight forward and an enjoyable film it’s the comedic scenes that become more memorable than the lessons that the film tries to impart.

Taking place four years after Fool for Love, the eccentric Hoi aka Miss Hoi (Thái Hòa) returns from the US to Saigon, Vietnam to seek an investment for his shopping mall dream. Stepping out of the hotel to get money only to be mugged he is saved by the straight and handsome, Nam (Quang Sự). Nam an unknown talented artist is trying to make ends meet while working as a forger and a painter in the hotel Hoi is staying at. Hoi is instantly smitten by Nam. Nam on the other hand has feelings for Thuy Le (Diễm My) the manageress of the hotel Hoi is staying at. Meanwhile, Thuy Le has problems of her own with her father (Hoàng Phúc) secretly arranging her marriage to Anh Son (Linh Sơn) a wealthy business man.

Hoi’s presentation with potential investors goes south, mostly as a result of his daydreams of Nam, which is only followed by a series of bad luck. Heeding the words of a psychic, Hoi needs to choose to pursue either love or money. Suddenly finding himself homeless, Hoi decides the only solution to end his smitten feelings for Nam is to find a flaw in the artist. Hoi buys all of Nam’s original paintings and creates a deal for future paintings. Nam agrees to the deal which also includes Hoi being employed as Nam’s bodyguard, going so far as to even live with the painter. Thuy then agrees for Nam and Hoi having found no flaws in Nam has to watch on sidelines as the two fall in love. The intertwining of lives gets complicated when Anh approaches Hoi with a deal: If Hoi can help break up Nam and Thuy, then he finance Hoi’s shopping mall project.

Having not seen the Fool for Love and the fact that this was my first Vietnamese film ever, I found this to be an enjoyable experience with a few loud laughs. Let Hoi Decide is a film that viewers can have no expectations for a deep meaningful storyline [I mean sure there’s an underlining of it] but go in there expecting comedy that will have you laughing throughout the viewing. 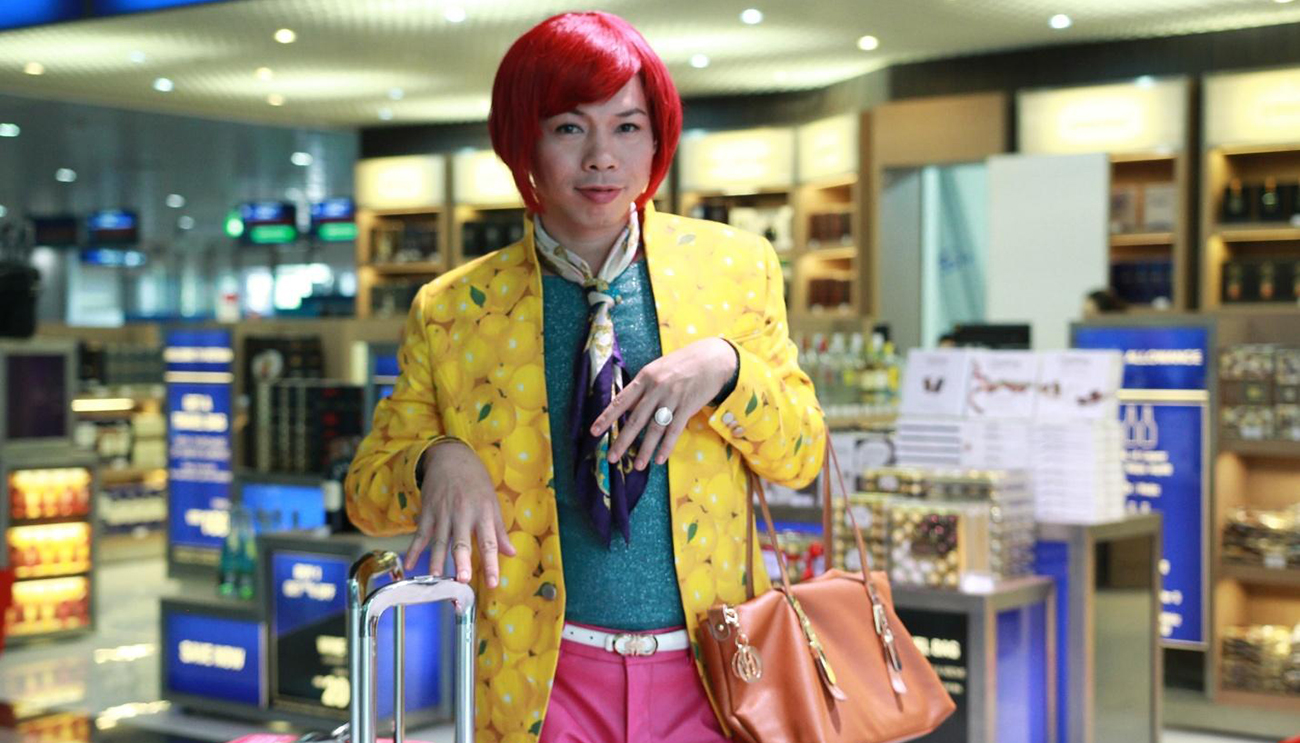 One of the most memorable scenes from the film involves Hoi, who has been injected with high dosage of anesthesia, chasing after a character named Mr. Truc (Hùynh Anh Tuần), also injected with anesthesia, for a confession of his involvement in a scam. With my stomach in stitches and tears in my eyes, I laughed at the sight of Hoi chasing after Mr. Truc only for both characters to slow down as soon they began to feel the effects of the anesthesia yet the chase continued on. Besides the physical comedy, there are of course the gay cliché comedy that’s derived from Thai Hoa’s characterisation of the flamboyantly gay Hoi and his many futile attempts to fall out of love with the very much straight Nam.

Let Hoi Decide broke records at the local Vietnamese box office, which isn’t surprising to see but this may be due to the success of its predecessor film, Fool for Love. This romantic comedy is a perfect pick-me up film but for me it was a welcoming ‘just for laughs’ watch.