MIFF 2022 Review: Children of the Mist

When we think about what a documentary looks like, there’s this idea that it should remain observational by design; that filmmakers have deliberately chosen to step away from their subjects in order to let them exist and allow the camera to tell their subjects’ story. From the audience’s perspective, it’s easy then to believe that footage presented to them is captured through an unfiltered and objective lens. After all, what they’re watching are real situations happening in real people’s lives. But debuting filmmaker Ha Le Diem’s outstanding documentary Children of the Mist (screening online through MIFF Play and in cinemas at Melbourne International Film Festival 2022) challenges this idea that the camera never lies in non-fiction filmmaking.

Hà’s film follows Di, a spirited Hmong girl growing up in the remote highlands of Vietnam. We discover early on that Di loves playing with her friends, participating at school and flirting with boys over the phone. She is an ambitious soul who wishes to make life better for herself and wants to study hard so that her mother can see a world beyond their rural home. Di is by all accounts a bright and lively dreamer and Ha captures several of these moments through a wide angle lens, as if to suggest the scope of Di’s personality and the vastness of her childhood. We also learn through Di and her role playing with friends that the tradition of bridal kidnappings within this Hmong community continues to exist. At its worst, the practice can be linked to larger organised trafficking networks where many Hmong women are sold into domestic and sexual servitude overseas. This is alluded to in Children of the Mist by one woman who mentions that she has not seen her sister since she was taken to China. During the Lunar New Year festival, Di attracts the attention of a male teenager, Vang, who coerces Di into going home with him. What follows is a series of events that upend Di’s world, causing the audience to wonder what will become of Di and her ambitions. 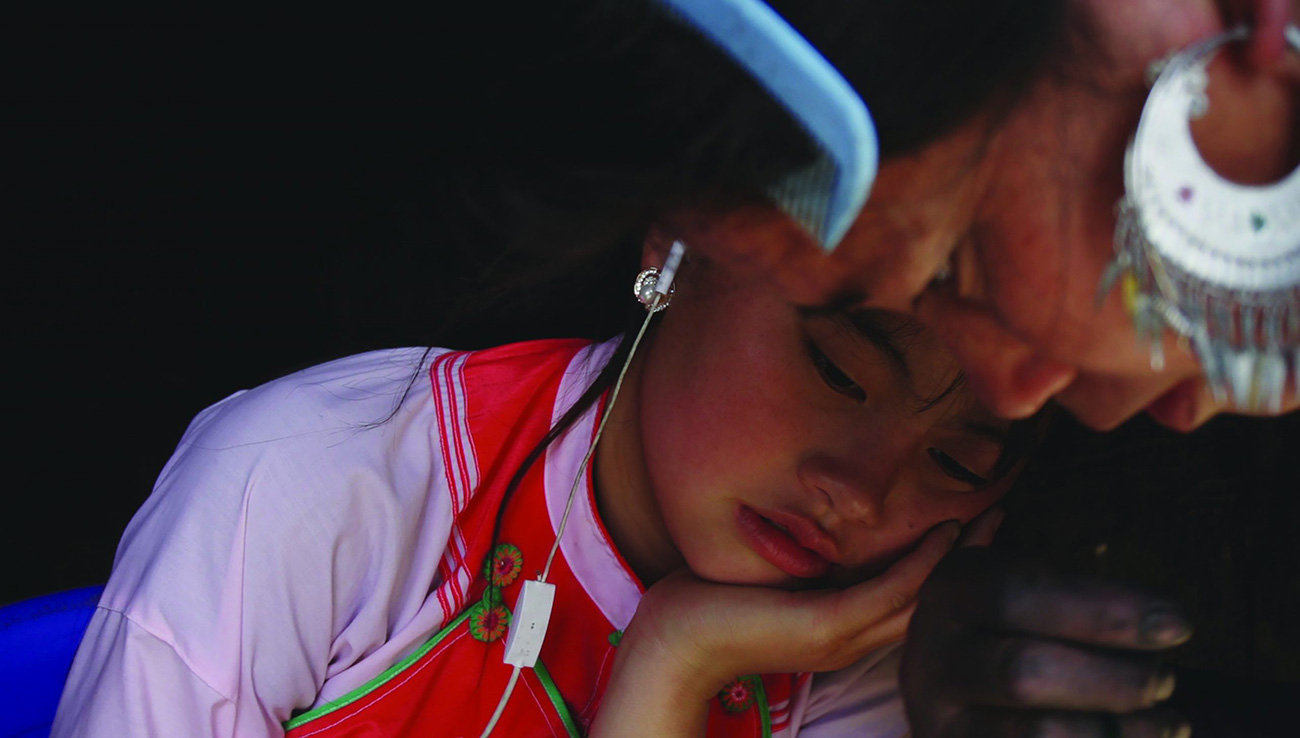 Filmed over three years, Ha and her editor Swann Dubus have expertly crafted a film that shows the gradual erosion of a young girl’s childhood as a result of such archaic practices right before our very eyes. While some documentarians may opt to idly observe or cut out their prompts, Ha and Dubus keep all the moments where Hà interacts with Di, her family and the community from behind the camera. These include filmmaking faux-pas such as conversations between Ha and her subjects, her hand reaching out to subjects from behind the camera and subjects calling out to the filmmaker. In doing so, the audience isn’t made to feel like a fly-on-the-wall and are instead active participants in Di’s story. For example, when Di doesn’t take her situation seriously, Ha scolds her and is upset that she is treating it like a game. There’s a level of interaction here between subject and filmmaker that makes the audience feel integrated into the story which Ha achieves by fulfilling the dual roles of cinematographer and director. It’s this immersive first-person perspective on Di’s story that makes Children of the Mist so effective as a documentary. There is no pretence to what the audience is viewing – only a filmmaker presenting her subjective reactions to the story of a girl’s fading childhood.

While Di’s story is the catalyst for the documentary’s drama, Children of the Mist’s larger concerns around the human toll of ‘successful’ bridal kidnappings is not taken lightly by its director. Footage of Di’s family reveals a cycle of generational trauma which Ha suggests Di may be doomed to repeat. Alcoholism plagues Di’s family (and perhaps even other families in Vietnam’s Hmong community) as her mother and father frequently prod at each other with verbal barbs both privately and publicly. The resentment Di’s parents hold towards each other is palpable: her father drunkenly accuses his wife of cheating on him while her mother–also a victim of bridal kidnappings–reveals that she is a victim of domestic violence. Their hatred towards each other trickles down onto the children as well, with Di often receiving verbal and emotional abuse from her parents. Her mother is an especially interesting woman; on one hand she loves her daughter and wants her to avoid becoming another victim of a bride kidnapping. On the other hand, she is beholden to her culture’s values and wants her daughter to save face by not embarrassing the family. This duality and inner conflict stirs at the heart of the film. 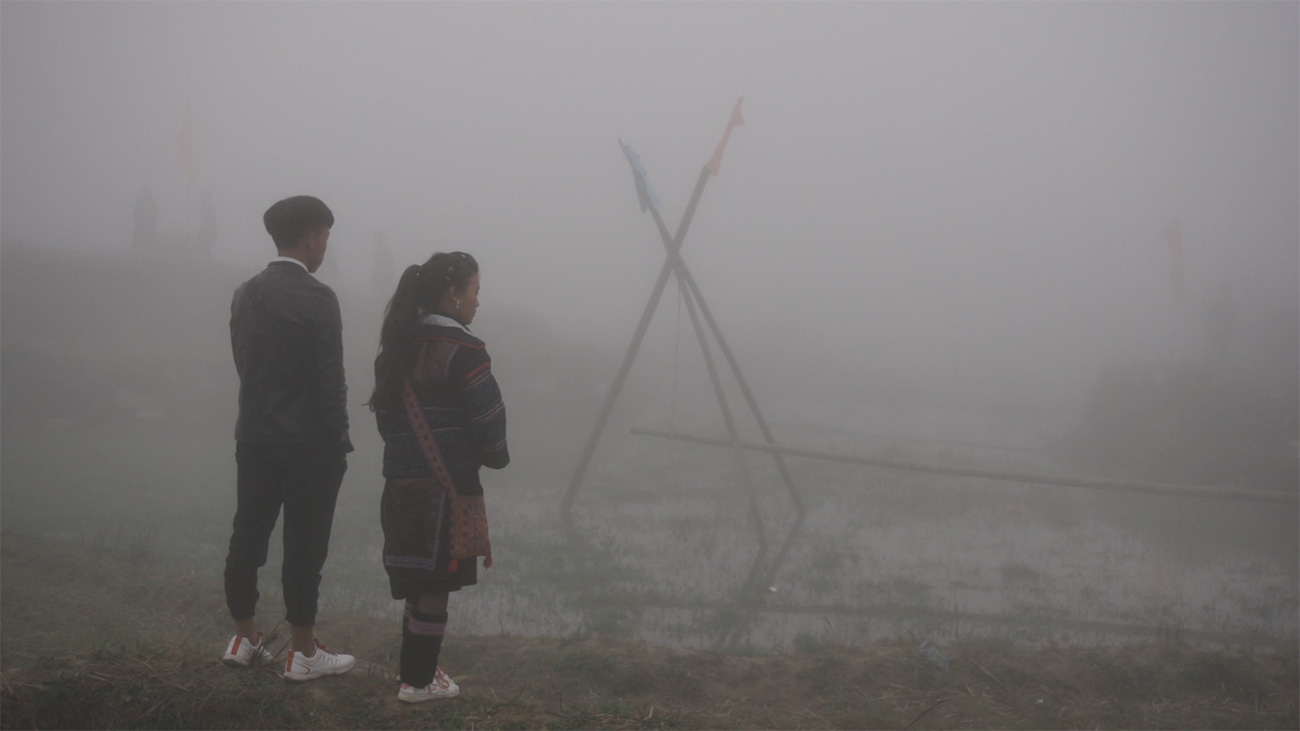 Di’s parents aren’t the only adults we see in the film. When the school catches wind that Di has been pressured into an early marriage, her teachers do their best to intervene. They speak with Di’s family and her kidnapper’s family about consent, the legal ramifications of child marriage, and share their concerns for the children’s wellbeing. Unfortunately, their efforts to intervene appear to fall on deaf ears as outsiders of this community. Ha’s decision to include the intervention however does suggest that the director’s values align with those of Di’s teachers.

Perhaps the most intriguing moment in the documentary comes not from Di or her family, but in a revealing interview with her kidnapper. During the interview, the 14 year-old expresses remorse over his actions and admits to director Ha that even he didn’t know why he took Di away from her family. As their conversation grows, the young man excuses himself from being filmed after he is abruptly called on by his family to continue pressuring Di into a marriage she isn’t ready to commit to. It’s a moment that reinforces the documentary’s title in that all the kids in this isolated community are affected by their harmful traditions.

From that reading, one might interpret Children of the Mist as an anti-coming-of-age-tale. Di does undergo a transformation but her maturation comes at the cost of her childhood being robbed from her rather than a process she works through. There’s certainly a profound sadness knowing that these practices have persevered and that they continue to harm children like Di. Although some parts of the world have pledged to end bridal capturing practices, it sadly appears that an answer to addressing these very real human rights issues may not arrive any time soon for the Hmong community depicted in Ha’s documentary.