MIFF 2015 Review: Flapping in the Middle of Nowhere

Poverty is very clearly seen everyday in the streets of Vietnam and it can be difficult for most Vietnamese citizens to raise money in order to seek proper medical care. In Flapping in the Middle of Nowhere, the debut film from newcomer Diep Hoang Nguyen, this forms just part of the film’s story. We see a Vietnam that’s harsh but somewhat truthful and as such Nguyen’s film can be read as a partial critique of Vietnam’s contentious health care. But that isn’t quite the whole picture as we see the film tries to focus its attention on the equally controversial topic of abortion.

Despite its strict conservative values, abortion isn’t actually illegal in Vietnam. According to an Al Jazeera report in 2014, abortion rates in the country are the highest in Asia and among the highest in the world. This statistic however only accounts for women who have officially done so through official channels at public health facilities and doesn’t take into consideration the many young women who have abortions through private clinics as a result of premarital sex, consensual or otherwise. 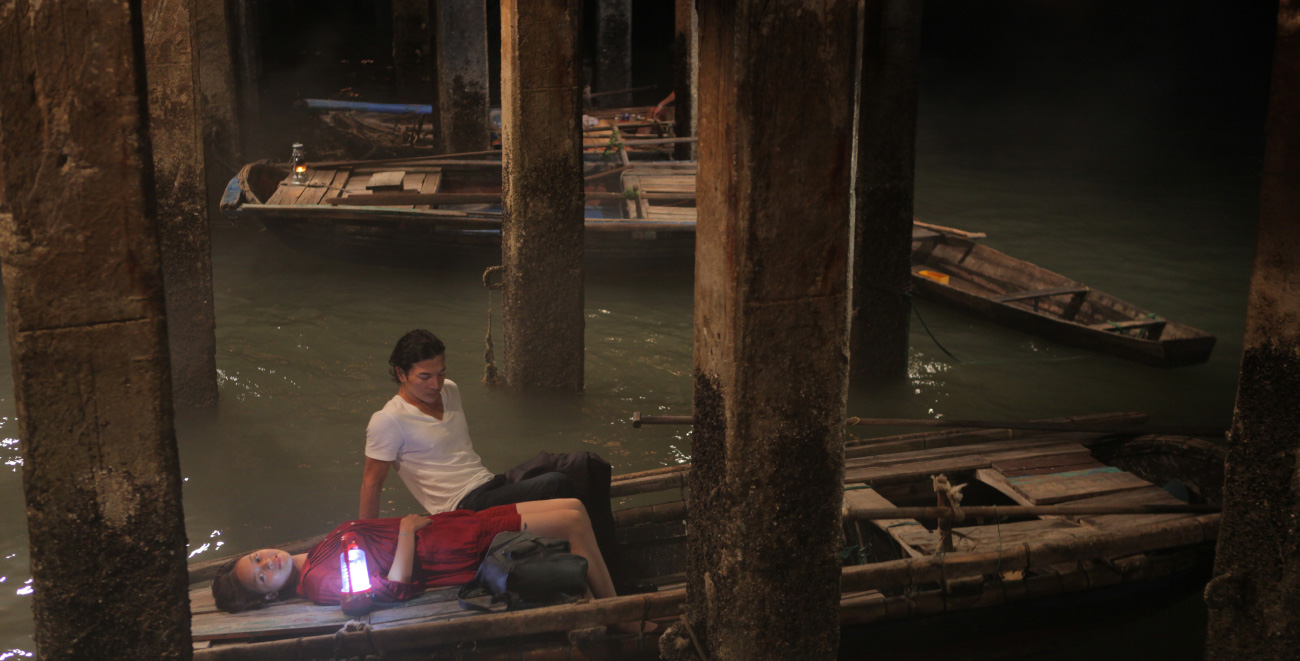 One of these young women is Huyen (Thuy Anh Nguyen), the primary character and focus of this film. Huyen decides she wants to terminate the life growing inside her. She doesn’t necessarily have a reason for it though — she just doesn’t want the child.  After finding out that she doesn’t have enough money to carry out an abortion, she seeks the help of her transgender roommate and friend (Thanh Duy), who suggests prostitution as a means to cover her abortion fees. Meanwhile Huyen’s deadbeat boyfriend, Tung (Hoang Ha), says he can help raise money by working and cock fighting in and around the city. Through prostitution, Huyen meets a mysterious man whose fixation on pregnant women ends up further distorting her decision.

While other pregnancy dramas can often stumble back on worn out questions over the identity of the father or the moral implications involved with abortions, Nguyen’s artistic feature never asks this from her characters and her audience. Instead we are witness to a young woman’s choice and have no power over what she should do. The characters of the film also don’t object to her wishes. Never are they taken aback by her choice or startled as everyone she knows, in their own way, does what they can to support her. Director Nguyen doesn’t use the film as a means to advocate for or against the issue but rather just simply states that ultimately it comes down to the individual.

This is arguably the strongest facet to emerge from Flapping in the Middle of Nowhere but unfortunately, it is also what holds the film back. With drama being built around Huyen’s indecision, the film unfortunately suffers from the built-in structure this kind of story has to tell. The film more or less tries to sustain her indecision for as long as it can which becomes increasingly obvious the longer the film moves forward — particularly once it begins to introduce elements of the supernatural (one nightmare dream sequence is especially memorable though for its shockingly bold visuals).

And yet despite its gradual loss of momentum and interest, Nguyen’s film never lacks cinematic vision. Sure, having French-Vietnamese auteur Tran Anh Hung (responsible for the Academy Award nominated 1993 film, The Scent of the Green Papaya) on board as special consultant on the film is a nice credit, but Flapping in the Middle of Nowhere is still very much a product of this intriguing female filmmaker who has demonstrated with her debut feature that she’s capable of some pretty great things.

Flapping in the Middle of Nowhere might not be wholly focused on one singular idea or issue but there’s enough in this film for an audience to generate interest in Nguyen. Various elements of the film are stylised in such a way that feels inherently unique to the filmmaker. From her sensitivity towards her the film’s subject matter to the film’s visuals, there are signs of greatness here if you look carefully enough.