Director Mamoru Hosoda’s work has long been associated with digital worlds. His newest film, Belle, is his third animation set in cyberspace following Digimon Adventure: Our War Games (2000) and Summer Wars (2009). Despite the recurrence of this setting, with each iteration Hosoda shows not just a continuation, but a maturation of his ideas and musings around the impact of virtual worlds. In the 12 years since Summer Wars, Hosoda has made it clear that his cinema is one that values human connection and how we fight to preserve our links to each other. Belle is no exception, and demonstrates how far the director has come since his last visit to virtual reality in Summer Wars.

Loosely inspired by Beauty and the Beast, the French fairy tale made famous by Disney’s  1991 animation,  Hosoda’s adaptation revolves around withdrawn teenager Suzu (Kaho Nakamura). Traumatised by her mother’s passing, Suzu escapes to the world of U, a digital frontier where users are invited to start a new life represented by avatars that reflect their inner-selves. It is here that Suzu becomes an overnight celebrity as Bell, a virtual singer who captivates the hearts of U’s online citizens. She eventually meets the mysterious Beast (Takeru Sato), a renegade user who crashes one of Bell’s concerts while on the run from U’s own internet police. Though everyone online is furious at Beast for disrupting the concert, Suzu/Bell is interested in learning more about him and tries to track him down herself. 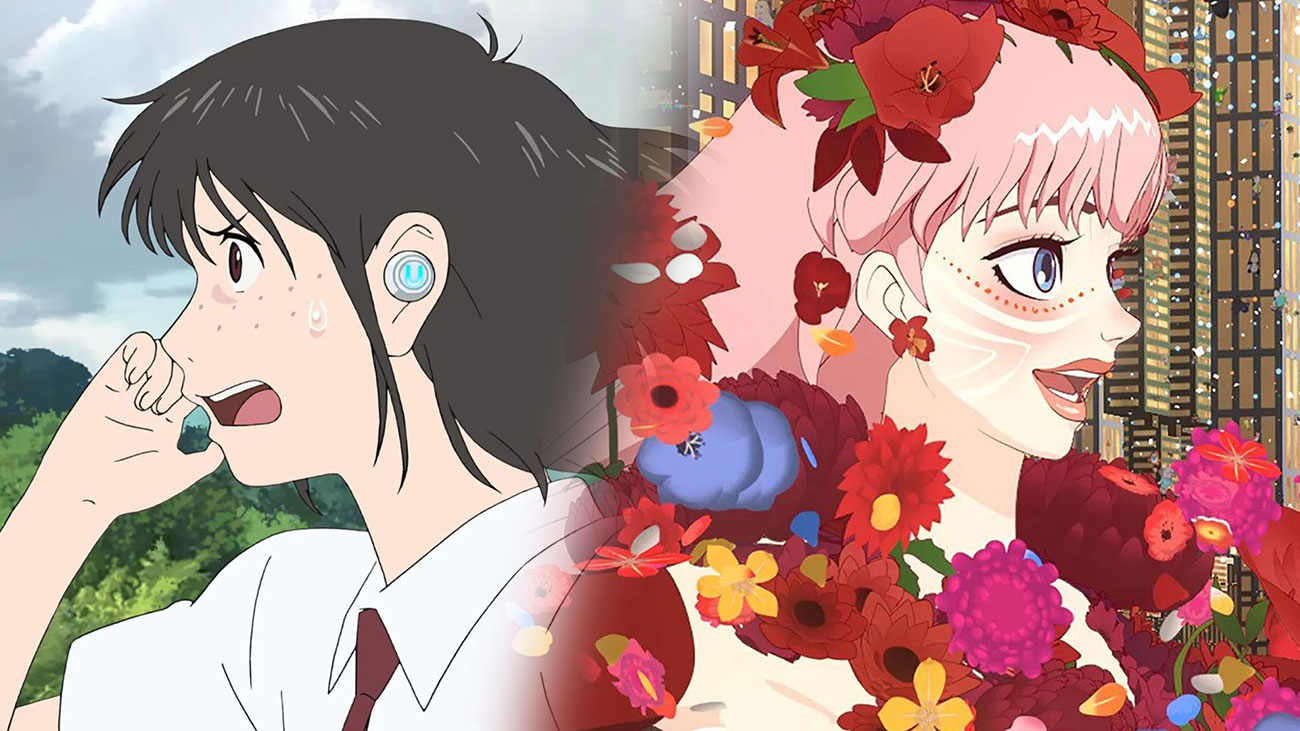 Although Hosoda displays a tremendous respect for the 1991 adaptation, Belle manages to hold its own and step outside the shadow of Disney’s version. At first, it can be easy to draw comparisons: in addition to using the talents of Disney’s own character designer Jin Kim to create Suzu’s avatar and updating the original’s famous ballroom dance scene, Belle also unravels before audiences as a musical. Wielding a deft and purposeful approach to musical sequences, Belle ties story beats, sincere songwriting and committed direction into a harmonious package that earns its character-defining moments. This is especially evident during the film’s powerful climactic set-piece, which involves a chorus of U’s citizens singing alongside Suzu/Bell to the rousing ballad ‘A Million Miles Away’. It’s hard not to walk away from that scene without feeling swept up in the grandeur of it all, the scene possessing much of the magic and spectacle Disney has lacked in some of its recent musicals, animated or otherwise.

With singing core to Belle’s narrative and emotional resonance, singer-songwriter Kaho Nakamura’s contributions as the voice of Suzu/Bell cannot be understated. As Suzu, Nakamura’s performance is extremely earnest – a quality which can describe the film as a whole. Meanwhile, her impassioned vocals as Bell undoubtedly raise the quality of the film’s musical numbers to its absolute emotional peak.1The same can also be said of Nakamura’s English-speaking counterpart, Kylie McNeill, who does just as great a job as Nakamura in Belle’s English-language dub. Nakamura is supported by a solid local cast too, featuring legendary actor Koji Yakusho (The Third Murder, The Boy and the Beast), Takeru Sato (Rurouni Kenshin), Ryo Narita (No Longer Human), Shota Sometani  (And Your Bird Can Sing), Tina Tamashiro (Diner), and one half of the popular music duo YOASOBI, Ikura. 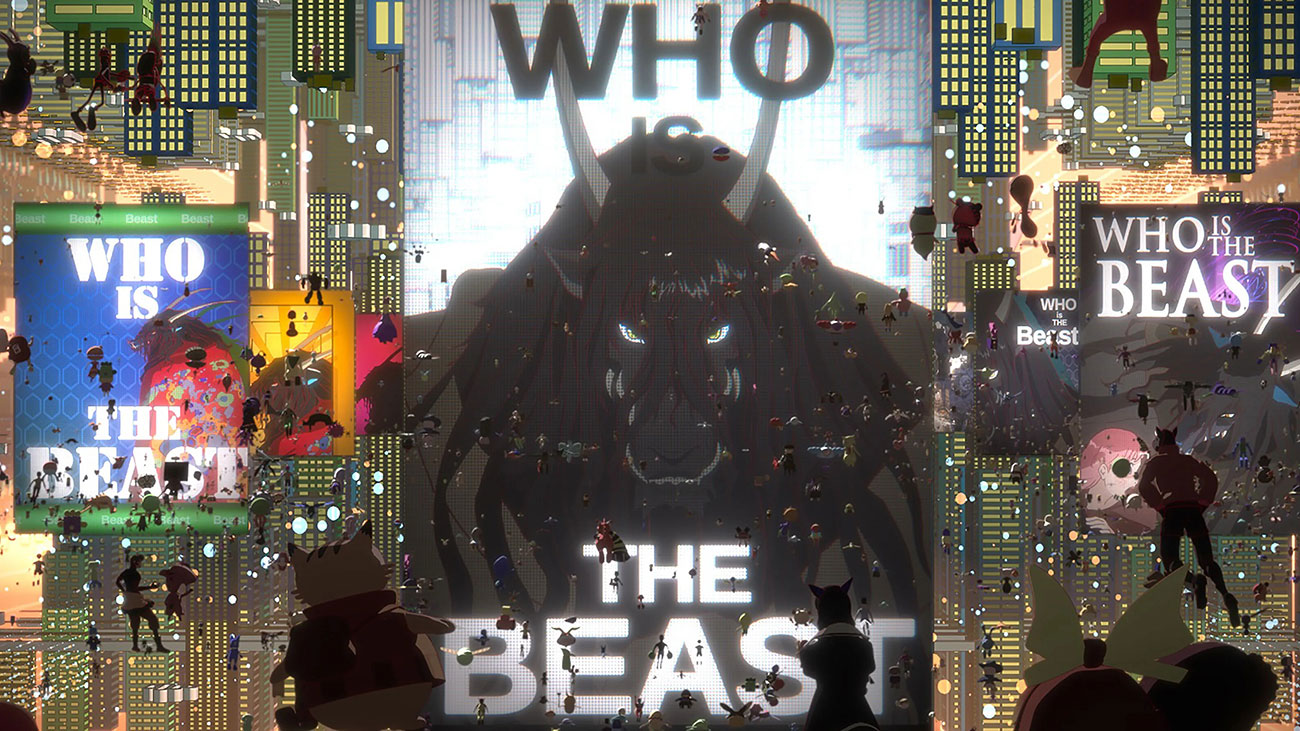 Narratively and thematically, Hosoda’s film differentiates itself further from the 1991 version by shifting focus away from the possibility of romance between its two leading characters. Instead, Belle is much more concerned with the power of community. Hosoda’s works have routinely returned to this theme, and his latest is a natural expansion of these ideas. Where other filmmakers might disavow the Internet and social media for its potential to warp our relationships and connections in reality, Hosoda observes the opposite in Belle. He understands the power it can have in changing lives for the better, and achieves this by exploring how Suzu’s experience in U helps her understand the seemingly irrational actions that can arise from our innate emotions and empathy for one another.

Belle also casts its scope more broadly to examine the Internet’s ability to form communities from strangers. While it does briefly touch upon the ugly side of the Internet, like cyberbullying and doxing, the film’s overall sentiment is that having support and reassurance, no matter its source, can be essential to those that need uplifting the most.

Hosoda is not the only Japanese director examining online culture, with All About Lily Chou Chou and Serial Experiments Lain tackling the topic over 20 years ago. However, you could make the argument that he is the only filmmaker now who is in tune with what the Internet represents for today’s hyper-connected youth. Rather than scorning, pitying or preaching the dangers of online followings, Hosoda’s optimistic outlook is a refreshing change of pace that reminds us that the Internet is merely a tool from which we can choose what to do: do we build others up, or break them down?