What has elevated Hirokazu Koreeda’s films to the upper echelons of cinema is his ability to give higher purpose to the mundane. The Japanese director has shown us that small and seemingly insignificant moments define our lives more than grander ones. Koreeda steps into a new genre in The Third Murder, taking his camera into lawyers’ offices, jails and courtrooms to tell a story about a murderer with murky motives. Here, Koreeda has taken a salacious story and made it mundane; demonstrating that he was either unsure of the message he wanted to express, or that he never found an elegant way to do so.

The Third Murder opens with a murder scene, where the killer’s face is plainly seen. Misumi (portrayed by Kôji Yakusho) kills his boss and sets his body on fire, then steals his wallet. When confronted by the police, Misumi promptly confesses to the murder. From the start, we know this film is not about solving a puzzle to discover the true murderer. Instead, it’s a reflection on judgement in Japanese society; the quiet kind and the consequential kind. The quiet kind watches, but never takes any action, like neighbours ignoring the sounds of the couple fighting next door. The consequential kind takes action and doles out punishment, like a judge passing down its sentence.

For most of the film, we follow Shigemori (portrayed by Masaharu Fukuyama), as the lawyer bends the law to its breaking point to keep Misumi from facing the death penalty, which is legal in Japan. The death penalty is a topic of constant conversation in the film. Is it fair for society to judge, but ignore? Bystanders are rarely prosecuted for doing nothing but those that do act, are punished when their acts violate the law. Although Misumi committed a terrible crime, is it fair for the courtroom to sentence him to death for possibly stopping another crime from taking place? Is it also fair for Misumi to punish someone on his own terms, and pay no price?

The Third Murder doesn’t look or sound like other Koreeda films. Cinematographer Mikiya Takimoto previously collaborated with Koreeda on Like Father Like Son and Our Little Sister, films that made use of natural light and colours. The Third Murder instead casts a blue-green hue over the screen, which then become illuminated by a splash of bright orange during pivotal moments which draw our attention. Whereas previous Koreeda films would feature conversations between families around the kitchen table, in this film, lawyers talk through law procedures while gulping down take-out. Ludovico Einaudi’s piano-heavy score only serves as an afterthought, adding little to the film’s tenser moments. The stylistic changes will be jarring for long-time Koreeda fans, but more troubling is how he has changed as a storyteller. 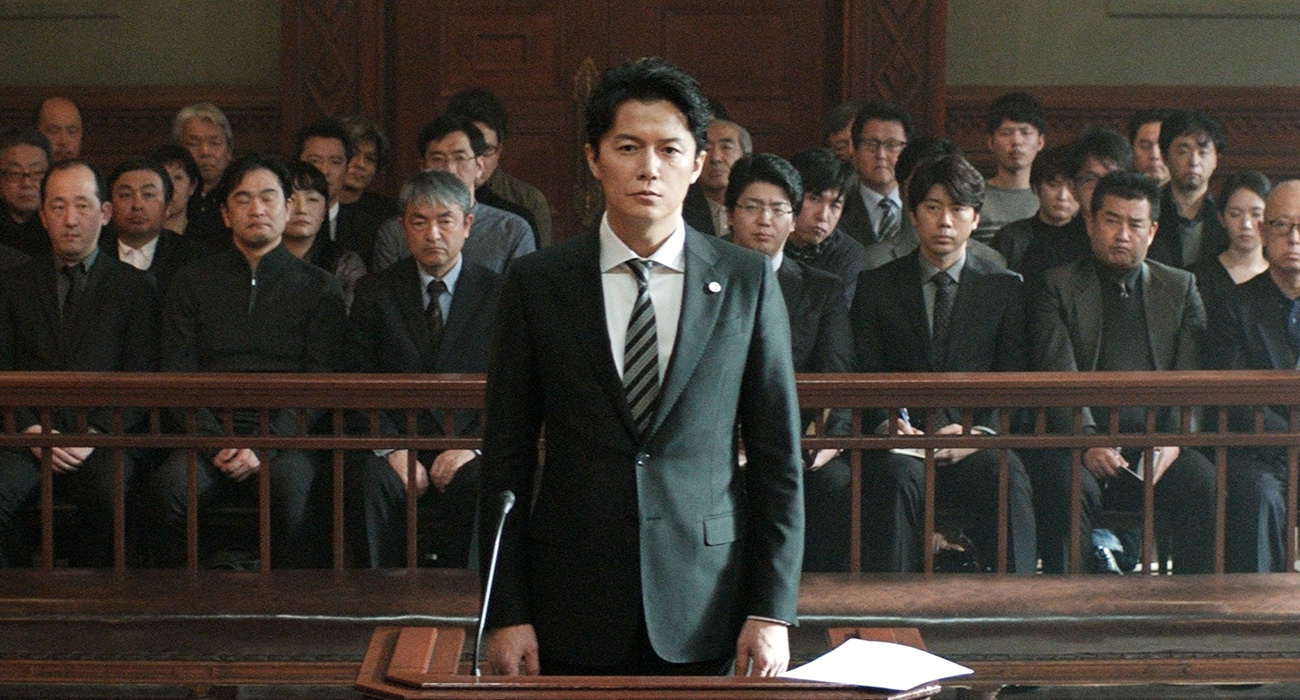 The film plays with the truth, questioning everybody’s version of events. That may explain the lack of character development but it does not validate the lack of human warmth. Either you tell a courtroom drama, with all the melodrama and overblown monologues, or you tell a story about normal people caught up in a difficult situation and allow us to feel for them by making them as real as possible. Koreeda refuses to do either. Shigemori is the lead, but we never care for a man who lacks a life outside of his career. Misumi’s mysterious personality is absurdly frustrating; he knows information he’s never been told, but also seems extremely confused about what he’s done and why. Is he a mystic or a Hannibal-esque psychopath manipulating people into playing his game? The film fades to black without proving this mystery was one worth exploring. When the story takes a horribly dark turn for the victim’s daughter, portrayed by Suzu Hirose, we are at a loss to feel anything because her characterisation is so opaque and the story is so unsympathetic to her. Koreeda has never been so obvious, and yet obtuse, with human emotions.

This is a film Koreeda probably had to make. After the Storm demonstrated that he is running out of things to say about family life and needed to try on a new suit. You will watch The Third Murder with fascination because of its strong performances and twisting narrative, and hope the onslaught of unsolvable mysteries and moral dilemmas lead to some conclusion. However, Koreeda takes you straight to a dead end. The Third Murder gives you something tough to chew on, but ultimately never proves satisfying enough to swallow.