Herds of sheep graze in a verdant field that abruptly abuts an open black wound that belches dust into the air. Microscopic men rendered insignificant by the scale of industry stand perilously close to raging molten smelts. Other men look into the camera and without a word you can tell that their work environment has stripped them of health and vigour and they are not long for this world.

This is Zhou Liang’s Behemoth, a lyrical, poetic, and overwhelmingly devastating look at the environmental and human damage caused by China’s hunger for resources. At turns beautiful, haunting, ridiculous and disturbing, Zhou’s documentary is a broadside against the wholesale industrial consumption of resources and people.

The film first focuses on an open-cut coal mine sitting ominously next to a wide rolling Mongolian steppe that is still home to nomadic herders, then moves on to the full scale hellfire of an iron smelting plant. Throughout, the audience is also confronted with the workers involved in these operations. The style is wholly observational; none of Zhou’s subjects utter a word. We instead intrude upon their world via the camera’s eye, an eye many of Zhou’s subjects directly look into as if simultaneously wary of our gaze, yet also defying us and our pity. 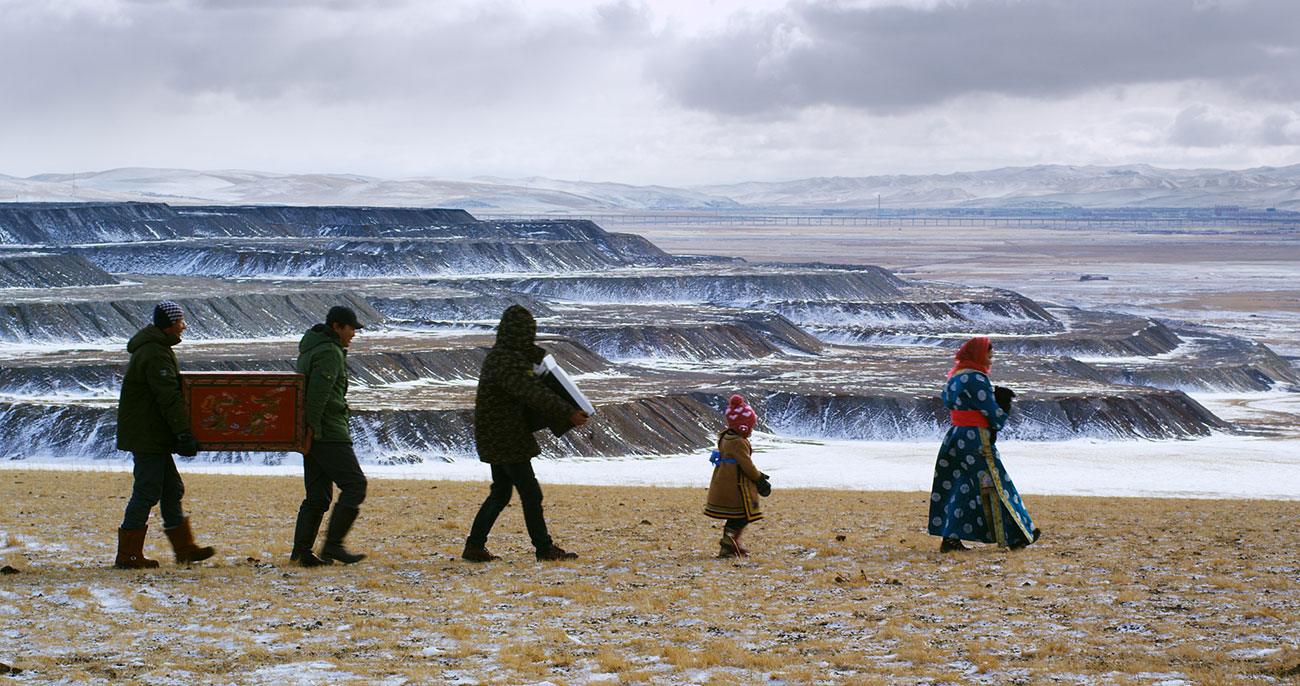 The imagery is at once beautiful and horrifying. Zhou has an astounding eye for capturing scenes that are arresting in their ability to awe, which then suddenly twist as you recognise the human element within that is being quashed and dehumanised. Not only is the human toll exactingly depicted through Zhou’s lens, but the environmental degradation in the face of industry is stark – the green of the wild steppe suddenly cut through with the ugly rupture of an excavated mountain that is the coal mine is just one such image that brands itself upon your memory.

In a film where the images take such precedence over the experience, the voice-over interjections with quotes from Dante’s The Divine Comedy quickly become superfluous and, at points, outright annoying. A less-is-more approach and trust in the audience’s intelligence to continue making this literary parallel themselves without frequent prodding would have benefited the film overall. Viewers may also find bemusing the similarly pretentious repeated flourish of a naked man’s body, curled up foetal-style, that repeatedly crops up juxtaposed against the landscapes featured throughout the film.

Whether the film needed to employ these overtly artistic elements as often as it does will be a question for each viewer to argue about afterwards, although the use of an occasional digital effect that subtly splits images as though they are being viewed through a broken mirror is one flourish that does consistently work. Drawing our attention to the fracturing of these landscapes, and the rupture of using human beings as economic fodder, what could be interpreted as serene landscapes at a distance are instead cracked, flawed and threatening to shatter. 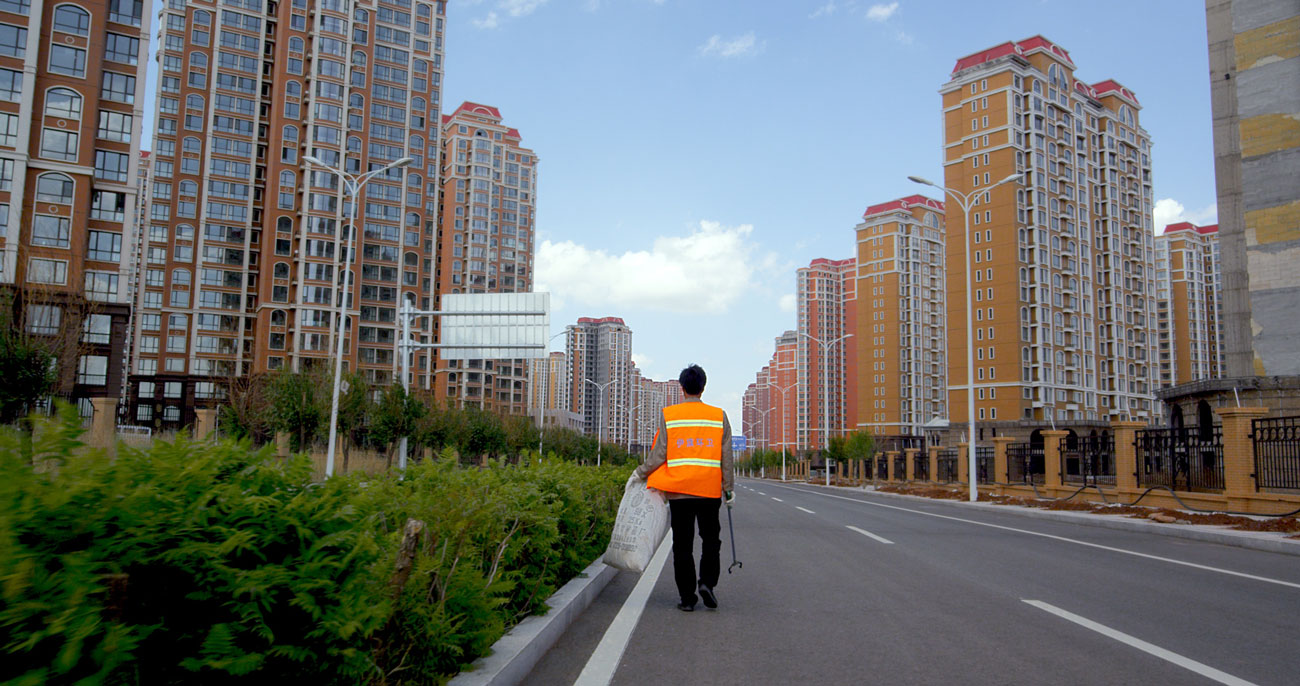 The most disturbing, and jawdropping landscape is the one Zhou saves for the last segment of the film: a brand new precinct called Kangbashi in Ordos City that was built and heralded as a modern paradise for the workers in surrounding industries to move into, but now lies abandoned and barely finished; a ghost town of empty promises. As Zhou’s camera trundles through the deserted streets, capturing row after row of identical high rises bereft of occupants, the anger and shock that has been burbling inside all through the viewing experience threatens to spill at the imprudent gall of such proliferate development that doesn’t actually benefit communities, and illustrates the lie of capitalism’s promise in the chain of supply and demand.

While Behemoth is specifically focused upon what China’s role as a resource factory is doing to its environment and peoples, the wider applications of what is portrayed makes for easily drawn bows. We are all complicit in the systems at work in Behemoth, and the quiet triumph of the film is, in those moments absent of artistic posturing, how unapologetically it allows the stark reality of how humans are cannibalising our environments and ourselves to be on complete display. It’s as open and undeniable as the devil’s repudiation of heaven.