Content warning: This review contains descriptions and discussions of infanticide in relation to the film One Child Nation. Reader discretion is advised.

From 1979 until 2016, the Chinese government enacted the ‘one child policy’, a law limiting  urban families to having just one child and strictly enforced via fines and forced sterilisations and abortions. Touted by the government as a vital measure against overpopulation and advertised in propaganda as the saving grace of the nation, in reality the results of the policy are more mixed. While the policy arguably helped facilitate China’s already declining birth rate, it has also given rise to a host of new issues, including a shrinking workforce and an aging population. When combined with cultural biases against females, the one child policy also created a massive gender imbalance, leaving millions of men without marriage prospects, while an estimated 30 million girls are ‘missing’ – either from infanticide, abandonment, or not being registered.

To try and make an all-encompassing documentary on the subject could prove impossible, given the policy’s 34-year span and multitude of ongoing effects. Smartly, co-directors Jialing Zhang and Nanfu Wang instead structure One Child Nation around Wang’s own familial history, using the strands of her past to branch out into the national and international implications of the policy. Wang is a fitting subject given she grew up under the one child policy in China before moving to the U.S, where she began to question the Chinese government and became a target of political surveillance due to her critical documentary Hooligan Sparrow. Afterwards, Wang’s curiosity turned to her birth country’s family planning policies when she became a mother herself. With Wang’s own story so tightly intertwined with the film’s subject matter, it doesn’t feel like Wang is raising awareness purely for her audience, but also uncovering a dark familial past which forces her to reassess her memories and perspective. 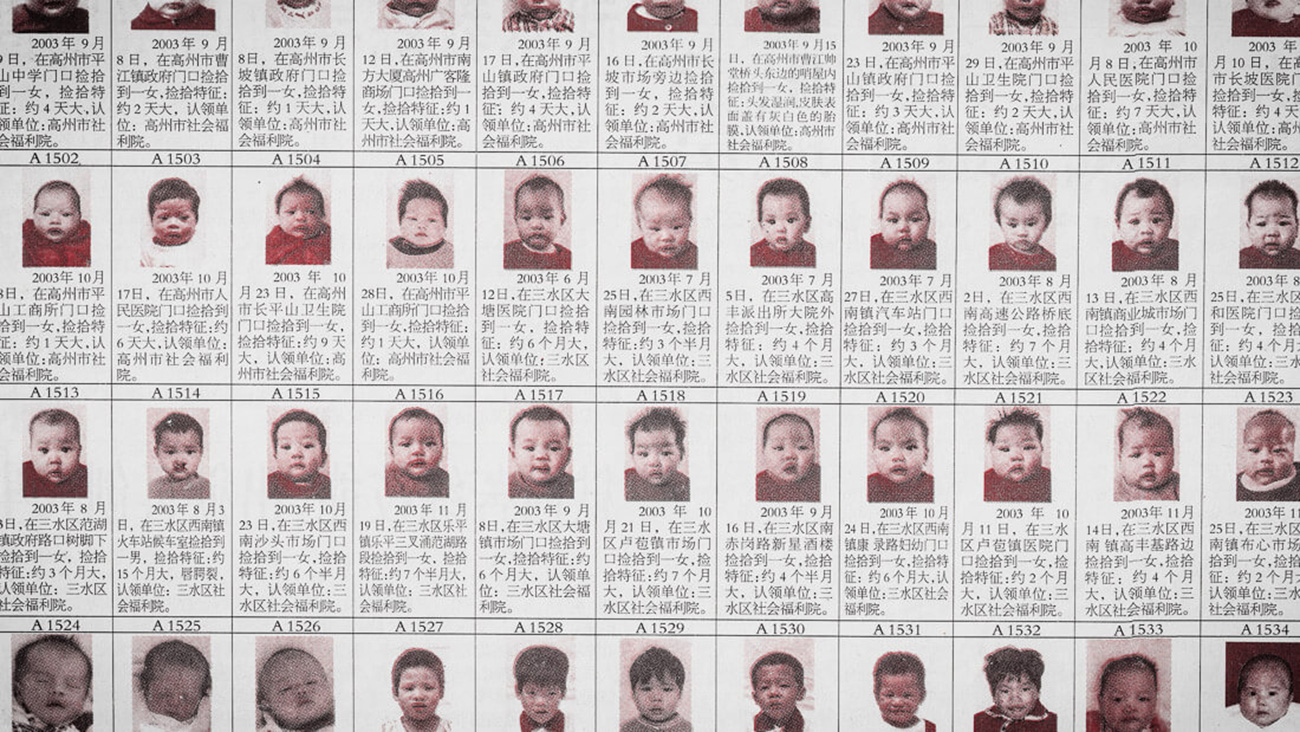 Using Wang as our gateway to the topic is both engaging and informative. Even her name, which uses the characters for ‘male’ and ‘pillar/support’ (a seeming prophecy as Wang abandons schooling as a teen to support her brother), shows just how deeply the one child policy and gender bias can become ingrained into one’s identity. From here, Wang’s scope of inquiry expands in a logical manner, with the shocking findings enveloping the entire nation and even overseas. Interviewees progress from Wang’s extended family to local officials, exiled activists, and eventually an American couple who reconnect kidnapped children sold to US families with their birth parents. Aside from some momentary disjointedness, Zhang and Wang’s firm control over the film’s structure and narrative flow means the audience never feels lost as to how the film arrives at each interviewee and their relevance.

As Wang journeys through China interviewing those touched by the policy, a picture of shared hopelessness emerges, punctuated by shocking admissions which, in my screening, elicited audible emotional reactions from the audience. Impressive given the covert and dangerous nature of filming, Wang and Zhang show a diverse selection of interviewees — a regretful nurse who performed up to 60,000 forced abortions and sterilisations, a nationally-celebrated family planner who believes in the policy, a convicted child trafficker who sold abandoned babies to orphanages, and Wang’s uncle, whose abandoned daughter consequently died of exposure, among others. Yet, no matter their different opinions and experiences, the same sets of phrases keep reappearing – “policy is policy.” “I had no choice.” “I had to put national interest above personal feelings”. As pointed out in Wang’s voiceover, such phrases suggest a denial of personal responsibility and sense of powerlessness among the population, further driving home just how effective the Chinese government’s propaganda is. This is particularly interesting from a Western perspective, where individualism and agency is often valued above the blind following of authority and collectivism – a point the U.S-based Wang touches on herself when expressing her pro-choice opinions.

These personal confessions and atmosphere of hopelessness are made all the more powerful by the directors and cinematographer Yuanchen Liu’s skillful use of the documentary form. More than just voice-overs bridging together information, the film’s talking head interviews are shot in a particularly still and contemplative style, letting the body language of interviewees speak volumes while building a quiet tension towards the next horrifying detail to be revealed. While it is easy to be shocked by the graphic images and descriptions throughout these interviews, some of the documentary’s most telling moments are discreetly hidden in the background (a buried detail in a projected backdrop is particularly chilling once noticed). 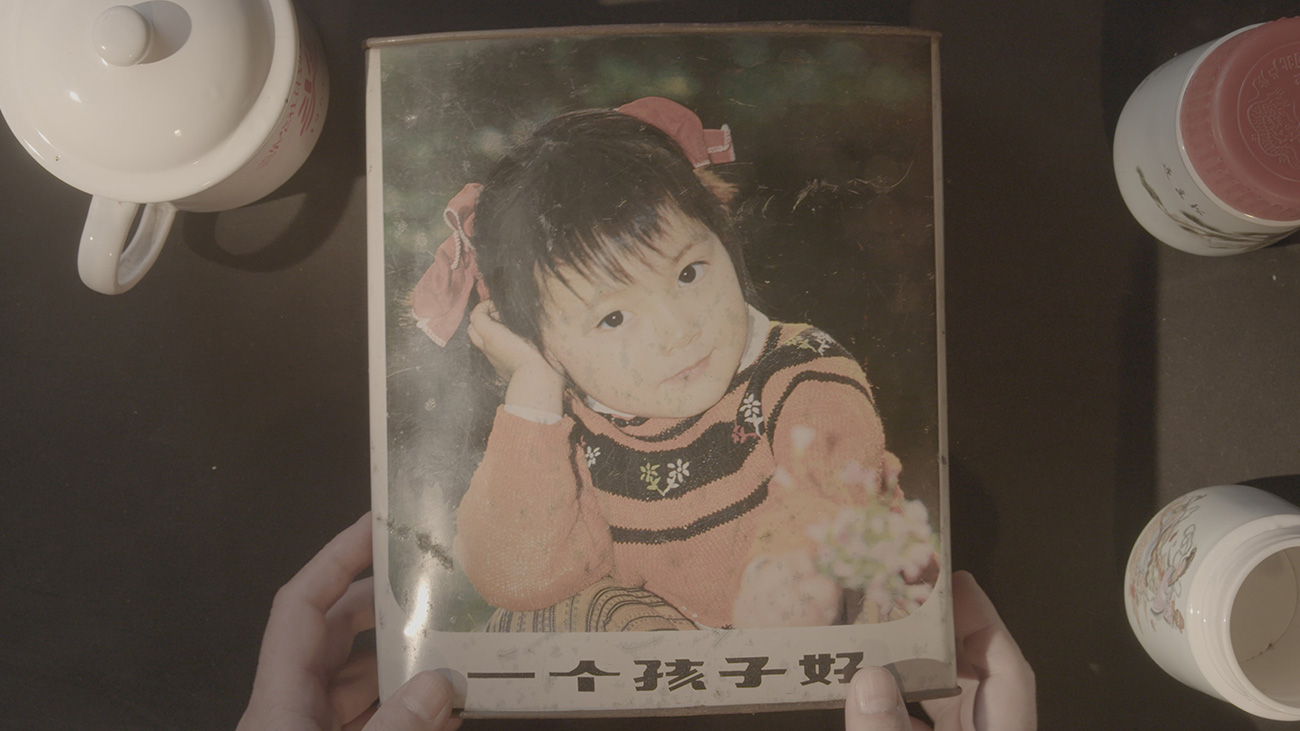 Also impressive is the use of archival footage and its juxtaposition within montages and the broader structure of the film. The opening titles are just a teaser of the control over visual language Zhang and Wang exhibit throughout — where grainy footage of military parades (with excellent sound mixing emphasising the marching and weapons of soldiers) are intercut with slickly-shot and lushly lit close-ups of a baby. While a thought-provoking sequence on its own, the later reveal of that baby actually being the preserved remains of an abandoned child gives greater gravitas to the credits before. Re-purposing propaganda images is a device Zhang and Wang use often, yet it never feels forced or repetitious, instead grounding One Child Nation back to its opening and Wang’s story. It’s disappointing then when these call-backs to Wang and the local context temporarily disappear in the third act, when a momentary switch of perspectives to an American family feels jarring until Wang’s story is eventually weaved back in.

It is this mostly sustained balance between the personal and the wider phenomenon which makes One Child Nation so impressive. With Zhang and Wang’s work there is no sacrifice in interest to be made between the two sides. Instead, the seamless interlocking of the personal, social, global and reflective across every aspect builds One Child Nation into a documentary which works on more levels than most.