Jia Zhangke’s Ash Is the Purest White is never exactly what it seems. At first, you think you’re watching a gangster drama but once the apex of the film hits with a violent spectacle, you realise that this is a love story. And that won’t be your only surprise while watching this film. Like Jia’s previous features, this is not a story only in itself, but a commentary on China’s accelerated evolution in the 21st century and how its people have been forced to adapt to the changing tides.

Zhao Tao plays the coolly confident Qiao, the loyal girlfriend of small-time crook, Bin (Liao Fan). While Bin manages his businesses and settles disputes amongst his men, Qiao is always at his side. She never seems incapable, but he is always the one calling the shots. However, when Bin is confronted by a new crop of criminals seeking to usurp him, it is Qiao who makes a crucial decision that saves his life. She is then sentenced to jail for five years over the illegal possession of a firearm she claimed was hers, but actually belonged to Bin. This sequence causes a narrative shift; Bin is pushed into the background and Qiao is brought forward to take control of the story.

Bin doesn’t visit Qiao in jail, and by the time she is released, he has a new girlfriend and avoids seeing Qiao, either out of shame or guilt. Whatever his reasons, Qiao isn’t satisfied with them. Bin may be a broken man now, but Qiao still expected him to be a man of honour. She scams and steals to find her way to Bin, so they can discuss their future. Zhao shines during this section, outwitting naïve men in a series of comical scenes. But it is in a dim hotel room, with rain pouring relentlessly outside, when Qiao is searching Bin’s face for the answers he won’t give, that Zhao invites us so far inside of her character. We feel that in that moment we are her and she is us. A performance of true, quiet power from an actress who knows exactly how to breathe in Jia’s world. 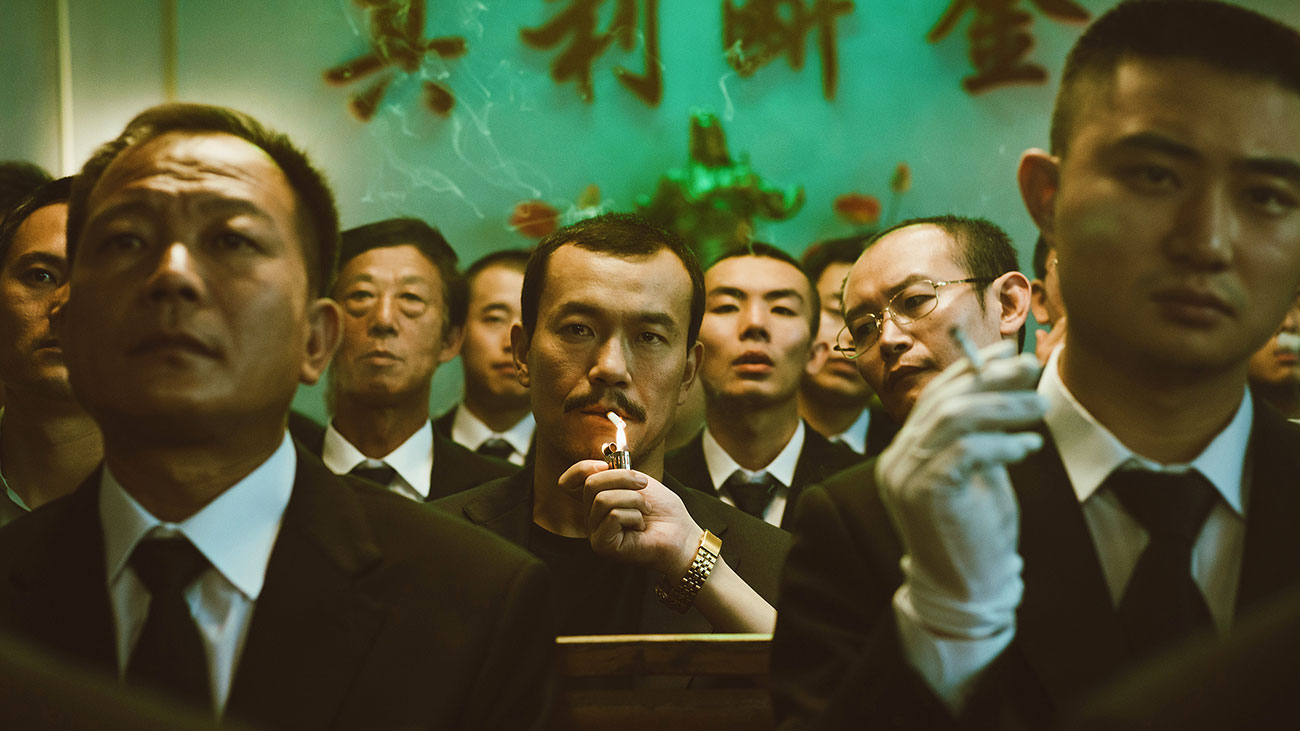 Indeed, quiet power is exactly how Jia presents his story. He leaves aside visual flair and instead allows his French DP, Eric Gautier, to paint with the vistas China already provides. In his first collaboration with Jia, Gautier uses several different cameras to present, and texturise, different time periods. These cameras, guided by Jia’s storytelling, do not judge or exonerate the characters. We are led into murky waters, forced to solve questions with only our own perception of the situation, or simply settle into being comfortable never finding an answer. Jia doesn’t ramp up scenes with tension or excitement. We live inside the story just as the characters do, following them one step at a time and unable to anticipate what comes next. He does, however, soften our hearts with Chinese ballads peppered throughout the film, including the theme song of John Woo’s gangster classic, The Killer. Let us not forget after all, that this is a love story.

Qiao’s love for Bin is unwavering. She never marries and when they reunite ten years after that hotel room, her love for him still shines bright. But Bin holds her at a distance. In the beginning, maybe he kept her around only because she was a good moll. After her release from jail, perhaps he pushed her away because he could not look at her without remembering how far he’s fallen. We’re never sure if Bin abandons Qiao over and over, because of his hurt pride or because this has been a one-sided love affair all along. And maybe that’s something that neither of them knows for sure.

While Zhao and Liao create a believable pair of lovers on screen, moving together with easy fluidity, there’s plenty missing from Bin’s characterisation to convince us why Qiao cannot abandon him. Liao artfully carries his character with gravitas when he’s a big-shot, and muted anger when he is at his lowest point. But the audience, we can never connect with a man who stands too far from us to be truly seen. For this reason, we fail to feel the full power of their love story. 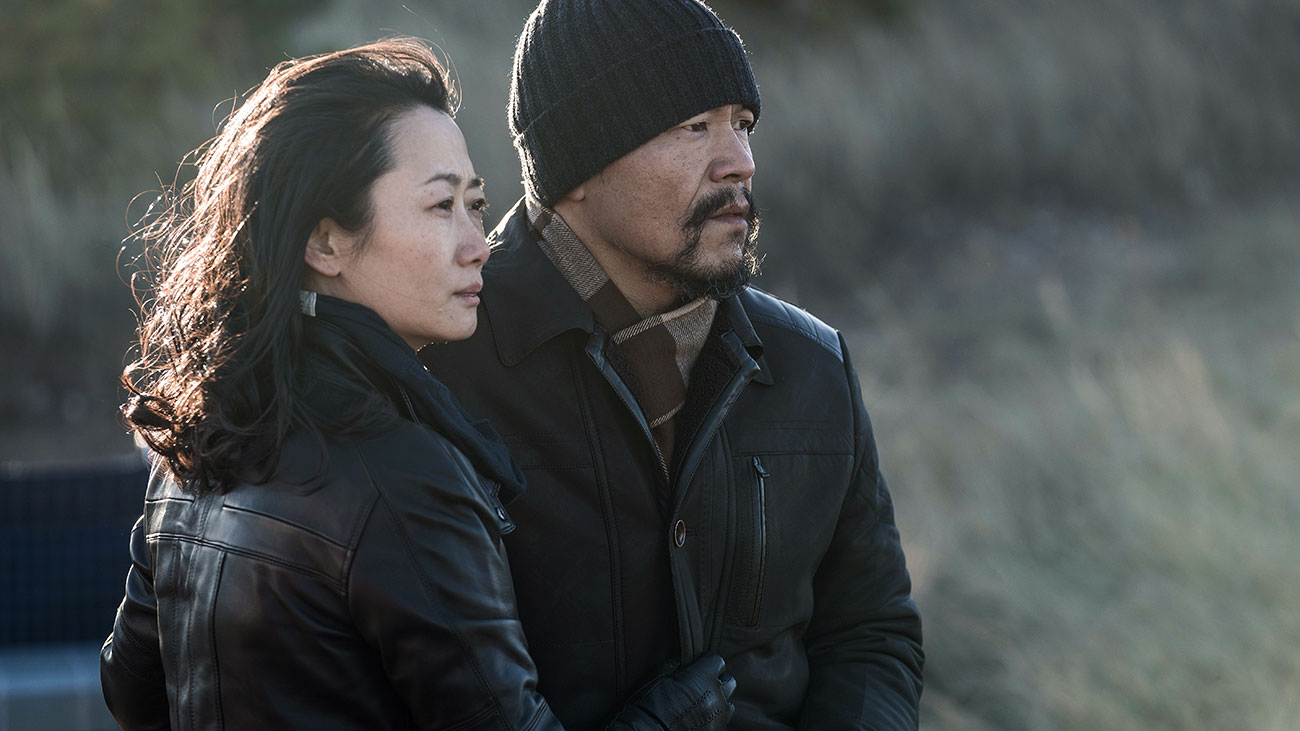 This is also a tale of a woman’s ability to transform amidst adversity. While Bin was only a provincial criminal, he relished his influence and the loyal brotherhood who backed him. But when he became a nobody, it destroyed his pride and his sense of identity. He also discovered that the brotherhood abandons the king when he lost his crown. Meanwhile, Qiao walked out of jail with purpose. She was ready to return home and rebuild her life, while Bin was too ashamed to do the same. And Qiao does prevail – reclaiming the crown and resting it upon her head.

Certainly, there’s not much new here. Jia has explored similar themes, using the same landscapes and actors, in his previous films. But if you’re new to the director’s work, you may be beguiled by its touching message about the strength and longevity of true love. And once again, Jia reminds us of the tenacity of Chinese people, and especially women. China has remade itself several times, and Chinese women are formidable shapeshifters, becoming whatever their country demands of them. With a story that transforms into something new over and over, Jia delivers a surprisingly feminist film about a woman who loves with all her heart, but can stand tall and survive, all by herself.