“We have found your wife,” the investigator says. “She is a shaman.”

He sets off to a provincial coastal fishing village to reclaim his wife (Choi So-eun) but that’s when things start to get really strange. People in the town know who he is and anticipate his arrival, time becomes disjointed, the past merges with the present and sometimes he can see himself as if he was experiencing an out of body episode. He suspects that the PI has slept with his wife but does he really kill him? Sometimes she is his reflection in the mirror. He becomes increasingly disorientated as the film moves on and this is presented in a non-linear fashion. 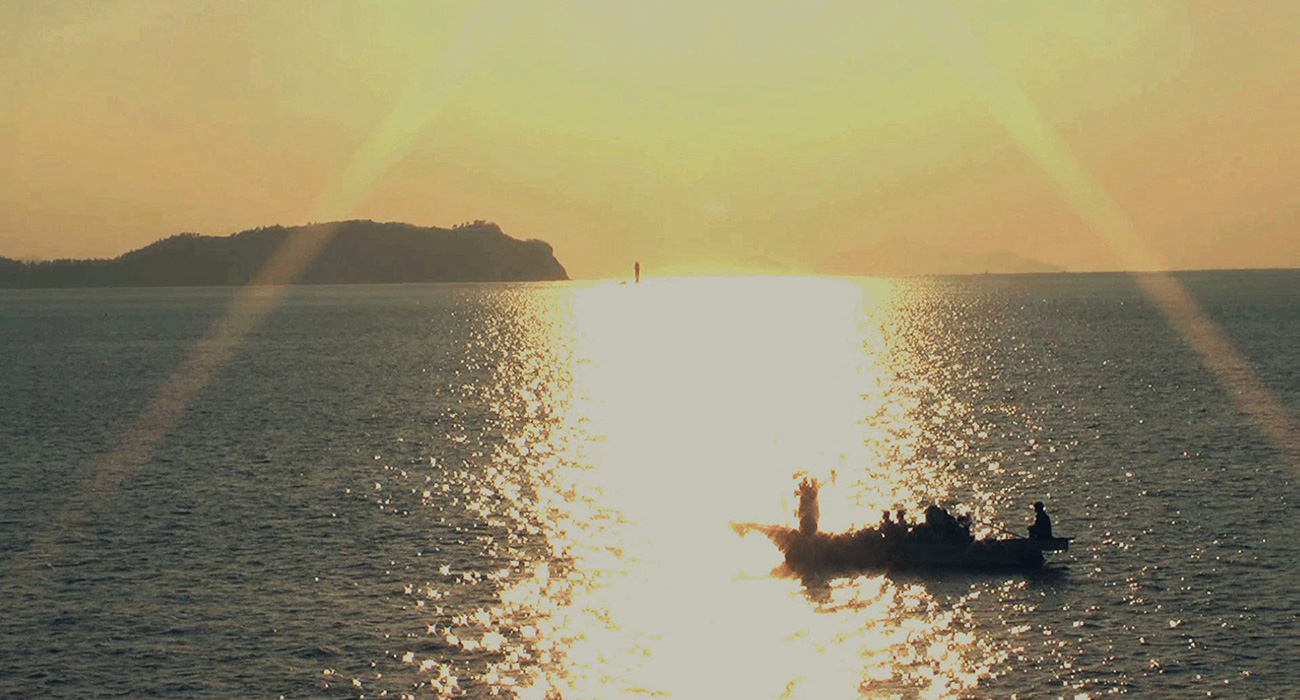 The debut feature for writer-director Park Hong-min is a journey into the esoteric. It’s a trance mystery, a death dream and a beautifully shot film where things are not quite as they seem. Set in stunning locations, A Fish is a triumph of visuals. Shaman rituals on a boat as the sun slides down, great headlands forming back drops for the strange going ons; the fabulous landscape and luscious cinematography seduce you deeper into the mysterious happenings.

It’s not all big panoramas of nature however, Park’s use of reflections in shop windows, in mirrors and with water all adds to the mystery of the unfolding story. He has a keen sense of composition and a visual style that, although ever present, does not dominate, nor take away from the essence of narrative.

Intercut into the main narrative and to further mix things up and add depth to the themes of life, death and existence is a scene with two fishermen. Sitting on a boat at night, becalmed in a deep fog, philosophising about what the fish they are waiting to catch are actually thinking. It goes along the lines of: “Imagine being a fish and then a bait appears. I take it and then suddenly I’m whisked away. What would you think? Do you think?” Is this a ridiculous conversation, unfunny and boring, or is this deep philosophy? 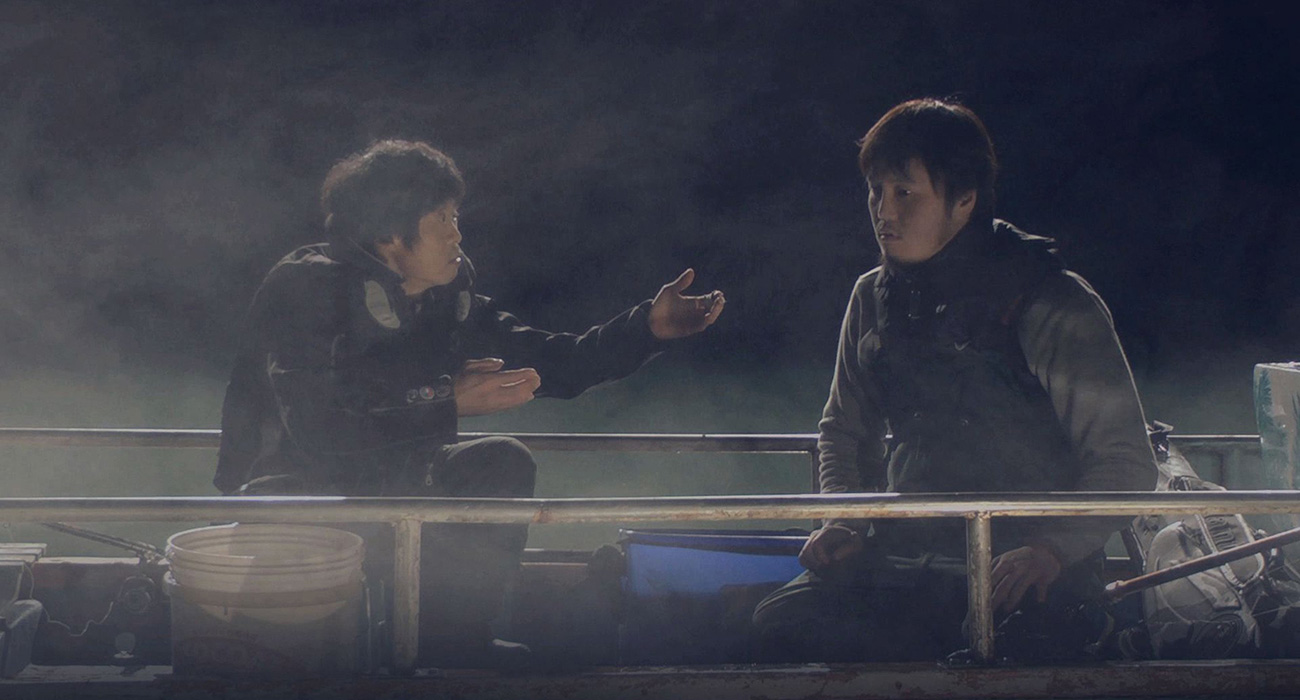 When they do catch a fish it gasps to them that they have fooled him. In amongst this sensation and fright is the realisation that they don’t know each other or even how they came to be on the boat.

“Why are we here? Whose idea was it? Who are you?”

The moment when the fish speaks to them harkens to Eraserhead’s Henry with his new born baby and also like David Lynch’s debut, Park utilises a rich and sometimes haunting soundscape to add that extra dimension. Then they chop off its head and there is silence.

A Fish is a very deft execution of mystery. Is Professor Lee looking for his wife or is she looking for him? Is she him? Swirling souls in a folding of time emerge from the confusion and we land back into reality at the end of the film. Everything makes perfect sense and balance has been restored. Lee’s A Fish is another beautiful example of the strength and depth of Korean cinema debuts and as a first time film it is truly accomplished, revealing a director with a great command over the language of film.