After a long absence from the genre that defined Johnnie To, the Hong Kong filmmaker has returned to the land of cops and robbers in his latest outing, Three. Predominately set in a hospital, To casts venerable talents in Louis Koo, Vicki Zhao and Wallace Chung to fill his picture yet despite To’s return to the crime genre and the pedigree of his cast, Three is mostly lifeless and ham-fisted in its execution.

The film, which sees an intelligent criminal refuse medical treatment in an attempt to stall long enough for his associates to break him out of police custody, has an intriguing hook and is itself a very different variation on the heist film, yet a gimmick can only go so far when there isn’t a story or characters to help sustain or develop it. 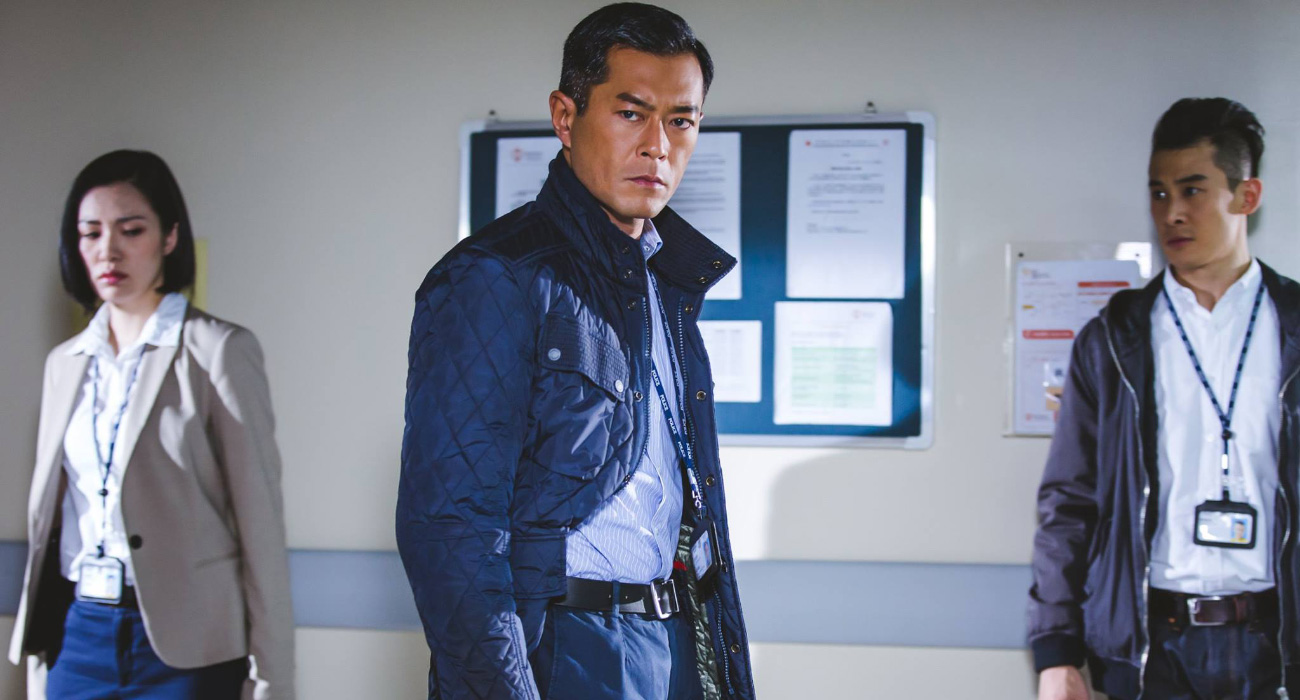 Unfortunately for Three, it isn’t the surgical crime thriller that it hopes it could be and lacks in both departments. Its story is too thin and often moved along by pure contrivances. Because of this, the film’s lean run time of just under 90 minutes suggests that To knows what he wants from his film. Still, were Three’s script to undergo a few more revisions, it could perhaps elevate Three to being a much better film because a better film does exist somewhere here.

The trio of Louis Koo, Vicki Zhao and Wallace Chung are competent in their parts but their roles too are largely underwritten. Save for Zhao’s desperate doctor (who is perhaps the only character audiences really get to know), every character in Three feels so archetypal that they border on parody. No attempts to develop these characters beyond their tropes is made and as a result, there really isn’t much reason to engage with any of the characters when they start off bland and don’t quite go anywhere. Zhao’s doctor character does admittedly have an interesting arc and breaks the mould somewhat (a surgeon having the worst day of her life) yet her efforts to try and prove that she’s not a bad surgeon come across as being plain stupid for a medical professional. 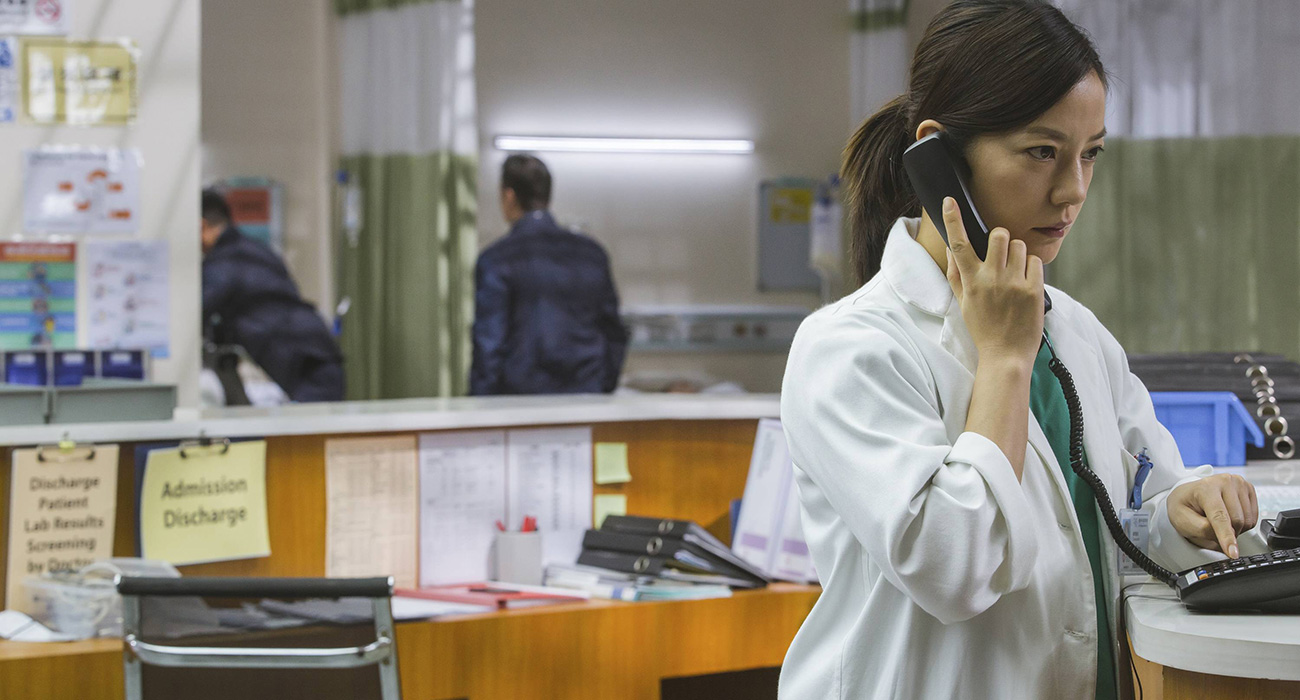 Taking what he learnt from last year’s surprise musical Office, To has relegated action in Three to take place strictly within one setting — that of a hospital ward — and has tried to maximise the space as much as possible. For the most part, To succeeds with this minimal setting; familiarity of the space and the drama that ensues within it helps make the eventual shootout all the more exciting. The shootout itself does bring to mind John Woo classic Hard Boiled and its own hospital finale though To’s version is far more off-kilter (though similarly mesmerising and audacious) than one might expect.

Camerawork and cinematography by longtime To collaborator Cheng Siu-kueng is also worth singling out as Cheng’s camera bobs and weaves around the ward with precision, allowing for some interesting choices in framing.

Three is undoubtedly a smaller project for To, one that already lends itself to a potentially improved remake down the line (this could easily be a moody South Korean film), and in its current form is too undeveloped and underwritten to pass as being even remotely serviceable as a thriller. Lacking the precision of better crime thrillers that To has created before, Three feels like a film built around around one pivotal scene — but what a surreal scene it is.