During the height of still ongoing protests in Hong Kong in 2019, the images broadcast across the world were those of thousands marching with umbrellas, empty city streets, and violent clashes between protestors and police. The protests began in response to a proposed extradition bill between Hong Kong and China, which many saw as a threat to Hong Kong’s semi-autonomy and democracy under ‘one country, two systems’. While the bill was eventually withdrawn, the protests continued and soon turned into ‘Five Demands’ around protecting Hong Kong protestors from police brutality.

Hong-Kong-based Chinese director Zhou Bing’s latest documentary, Hong Kong Moments, does not aim to present the overall scale and history of the protests, but to give a glimpse into the lives of seven civilians of different perspectives and the varying degrees to which the protests impact their lives. By employing such a structure, Bing attempts to craft a non-partisan look at an inherently politically-charged issue, and in doing so highlights the similarities and differences between those who inhabit the same land.

Filmed during the 2019 protests, Bing’s subjects represent an array of political views and generations. Ray is a father and taxi driver who doesn’t understand the protestors’ demands. Second-generation tea shop owner Kate is fiercely proud of Hong Kong’s Chinese ties and police force. Protestor Ah (presumably a false name given his voice is scrambled and face obscured) sees peaceful protest as ineffective. Millennial PTU police officer Peter sees himself as a victim of the protests. On opposing sides of the political spectrum, district councillor of 12 years Benny is pro-Beijing and struggles with the slowness of bureaucracy to improve his community, while 24-year-old political candidate Jocelyn hopes to decrease the presence of pro-Chinese representation in Hong Kong government by being elected. Amongst these stories are copious footage of violent clashes and destruction on the frontlines, often from the perspective of volunteer medic Nok who treats injured and tear-gassed protestors. 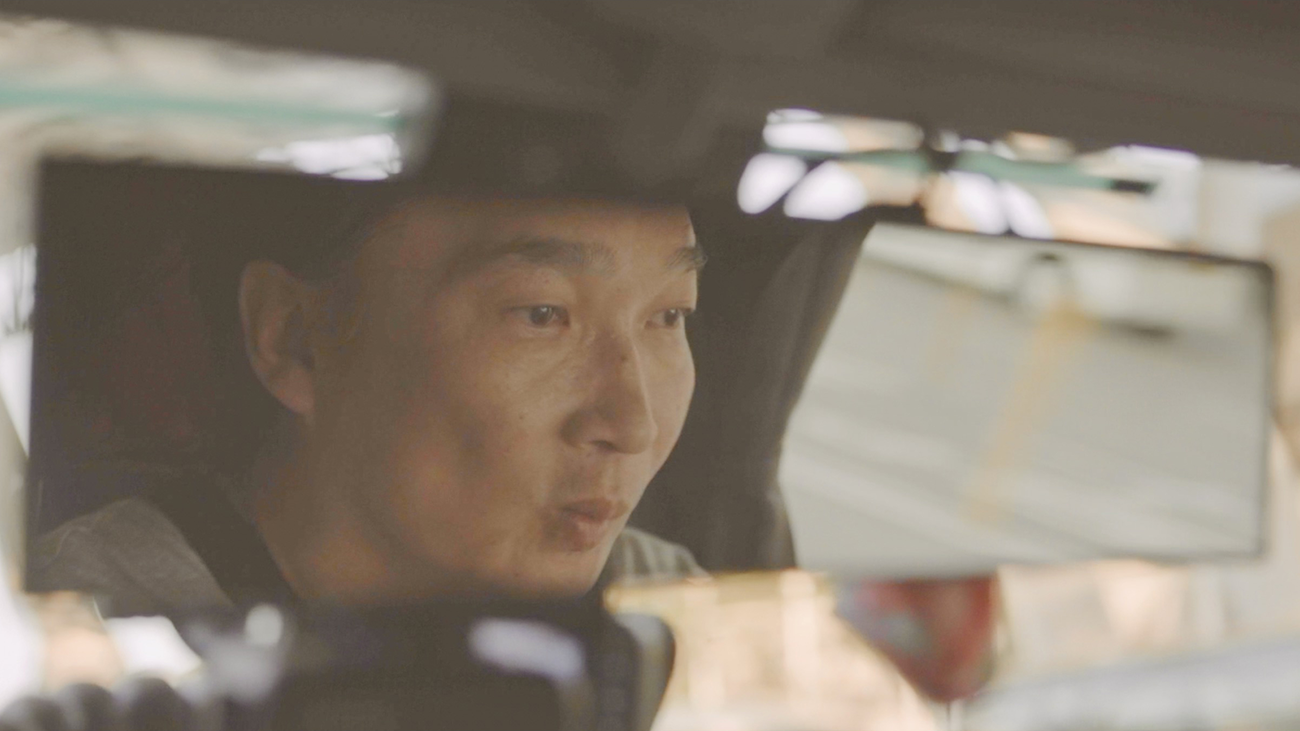 The lack of omniscient narrator, or any context to the Hong Kong protests at all, helps ground viewers in the subjects’ day-to-day life. For some, such as Nok and Peter, the protests have seen a complete upheaval of their lives, as both struggle to help people on ‘opposite’ sides. Conflict remains present in the lives of those behind the frontlines as well. Police supporter Kate has her cafe bombarded by complaints and negative reviews; taxi driver Ray disagrees with his son’s protesting, while also admitting he doesn’t want Hong Kong to change after 2047; and Pro-Beijing politician Benny gets into an argument with a driver over whether it is the protestors or police who are violent. Such moments of conflict in everyday life spark dialogue on a variety of topics, including what it means to identify as a Hong Konger, whether police brutality is ever justifiable, and the current and future state of democracy in Hong Kong.

While casting such a broad net of subjects and topics gives the film a uniquely personal look at many sides of modern Hong Kong issues, it also creates structural challenges in uniting its many areas of inquiry. For instance, early in the film political candidate Jocelyn, who believes “getting into politics is another form of protest”, is arrested for assaulting a police officer after she refuses to stop filming them. Upon her release, she receives online threats. The dramatic arrest, captured through grainy mobile phone footage and her release as explained via quick on-screen text, stands out in contrast to the more slickly-produced cinematography and voice-over from subjects which otherwise define the film’s style. Even though it does kick-off discussion within the film on online hate campaigns, there is little focus on Jocelyn, clemency towards arrested protestors, or the interaction between protest and politics for change again until the final act.

Such an approach also sees a disproportionate amount of time given to each person. Kate is introduced through her family history, detailing her relationship with her mother and how she came to own the tea shop, whilst others (such as policeman Peter and volunteer medic Nok) are mainly defined by their jobs, with only a one or two sentences afforded to their family background and personal opinions. This could be due to a number of reasons, such as access, time and narrative constraints, it nonetheless encourages a personal connection with some subjects over others and leaves some perspectives underdeveloped. 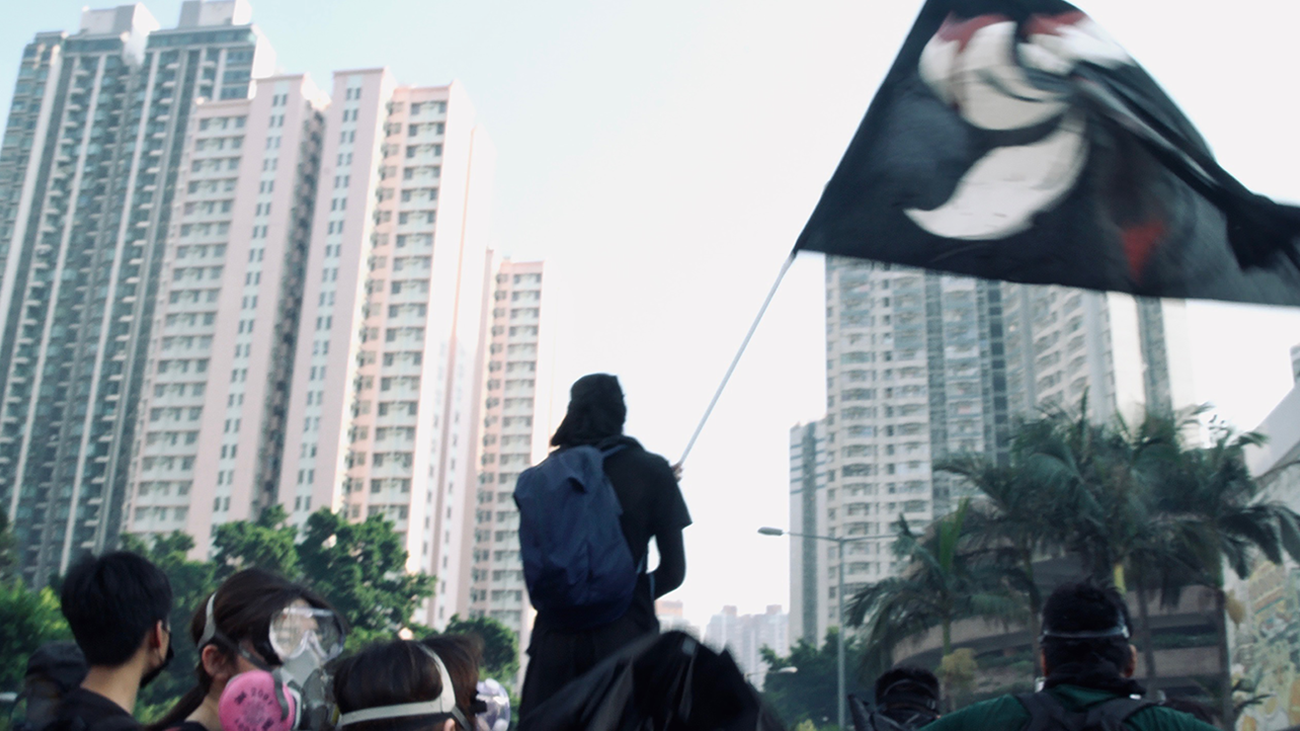 While such imbalance doesn’t impede much on the film’s overall centrist attitude, there is still an undeniable message and conclusion to be drawn — one that is both hopeful and consistent with Bing’s overall impartiality between protest and government. Towards the end, after such a significant portion of the film is dedicated to conflicting opinions, we begin to see a trend of commonality emerging in terms of hope for non-violent peace. To achieve this, Bing implies the way forward is not one of either/or, but for the intersection of democratic legal process and civilian protest. This is communicated through the inclusion of Jocelyn’s electoral win and speech (“it is the protests that made people realise the significance of these elections”)  with text and news report voice-overs highlighting a pro-Democracy win in a majority of districts..

Unfortunately, as we now know with the passing of the National Security Law, Bing’s message was perhaps too optimistic in terms of seeking an immediate resolution to Hong Kong’s increasingly-dubious judicial independence. However, this isn’t a film concerned with the short-term or providing any concrete answers. It is a film dedicated to and made for Hong Kongers in an effort to inspire, in the words of Bing, “hope that Hong Kong will not stay in this state of pain and conflict forever”.