When one thinks of on-screen stories relating to the struggle of coming out, elderly men may not be the first type of people we have in mind for the central characters. That alone makes Ray Yeung’s third feature film, Suk Suk, an intriguing prospect from the very beginning; especially in the landscape of queer Hong Kong cinema where diverse representations of queer screen stories continue to fight an uphill battle, years after the mainstream success of Wong Kar-Wai’s famous 1997 feature Happy Together.

Suk Suk is the story of two closeted gay men in their twilight years who pursue a relationship with one another in secret. Pak (Tai Bo) is a taxi driver closing in on his retirement and preparing for his eldest daughter’s marriage. Meanwhile, Hoi (Ben Yuen) is a retired single parent who lives with his religious son’s family, despite the obvious tension in Hoi’s relationship to his son. Both men have yet to disclose their sexual identity to their families for reasons both personal and societal, but take comfort in each other by exchanging stories of turmoil and hardship at gay bathhouses and during intimate dates. As they grow close and begin to fall in love, the question over whether either man intends to come out to his family looms large. Do Pak and Hoi reveal their homosexuality to their families and risk alienating themselves in their final years, or do they carry on in life without ever disclosing who they really are?

Yeung explores both characters’ internal conflicts with sensitive direction during the film’s crisp 92-minute runtime. Suk Suk unravels before audiences in quiet fashion, making use of contrast to develop the story and its characters. For example, Hong Kong’s worldwide appeal as a bustling city is challenged by the writer-director’s decision to show quieter parts of the city that might not appear as glamorous on screen; places such as the small park where Pak and Hoi meet or inside the aforementioned bathhouses where Pak and Hoi rendezvous. Similarly, when they are together, Pak and Hoi are more vulnerable and open with one another in ways we don’t see when they interact with their families. Several of Suk Suk’s character-driven moments cleverly take place during family dinners and banquets where conversations rarely mine substance or depth for the characters, but imply to audiences more than what’s being said. One example of this is during a scene where Hoi’s daughter-in-law tries to engage in rather banal banter with him, only for Hoi’s son to passive-aggressively shut it down by asking why she’s being so nosy. Such scenes are in direct opposition to the tender moments between the closeted couple who openly give themselves to each other both physically and emotionally. That said, some of the moments between the men linger a touch longer than they ought to, with Veronica Lee’s gentle piano-driven score moving these moments dangerously close to saccharine territory. 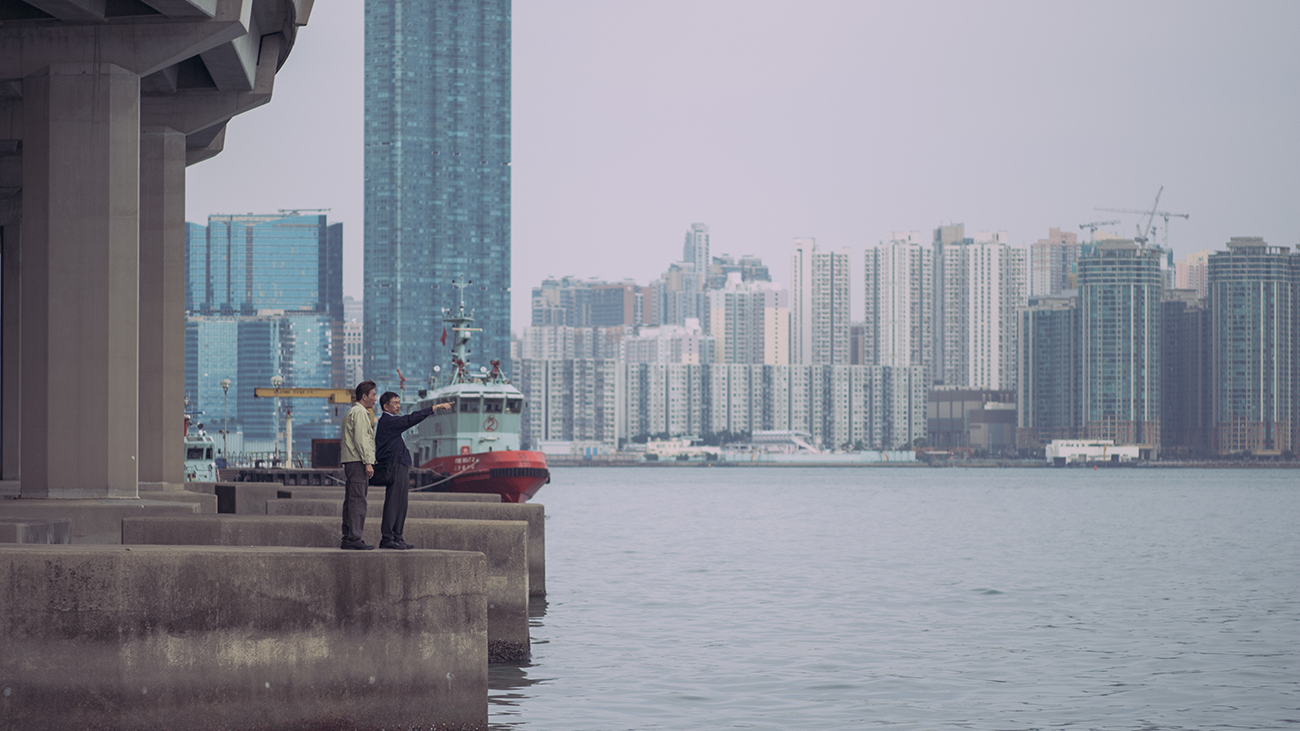 Such lack of subtlety cannot be said of Yeung’s leading actors who are in delicate form as the aging lovers. Veterans Tai Bo and Ben Yuen (both heterosexual men) offer grounded performances with the former winning Best Actor at the 39th Hong Kong Film Awards for the meatier role of Pak. According to Yeung — who also chairs and programs Asia’s oldest queer film festival, the Hong Kong Lesbian & Gay Film Festival — casting the film proved to be quite difficult, as actors turned down their parts or bailed on auditions altogether, afraid of how the role may affect the public’s perception of them. Yeung mirrors such social perceptions in an important sideplot, in which a gay elderly gentleman is afraid to publicly show support for the establishment of a gay nursing home in fear it will lead to further ostracisation from the wider community.

While such exploration of wider societal biases might not be at the forefront of Suk Suk, they play a large part in shaping its characters as Yeung’s film comments on the difficulties that older men face in coming out; especially those who’ve spent a large portion of their lives building families and surviving trauma. Though restrained and gentle in its overall execution, Yeung doesn’t offer an easy answer to the question that hangs over his film and shows with Suk Suk that being out and proud for Hong Kong’s older generation can be fraught with its own complexities.