South Korea’s submission into the Academy Awards race next year is Joseon-era period drama, The Throne, a film that’s big on ideas but isn’t as consistent as it could be. Chronicling the story of the 21st king of the Korean Joseon Dynasty and his strained relationship with his son, the Crown Prince Sado, The Throne is yet another film in South Korea’s ongoing trend of lavish historical epics. Sadly, this is one epic that doesn’t quite live up to that title. The Throne has a lot going for it from a production standpoint but its obvious shortcomings impede it from becoming something more than just a story of royal squabble.

Historical and cultural context isn’t quite needed in order to understand the film, which fills in viewers plenty during its more than two hour running time. Based on historical events we see Song Kang-ho (in top form as usual) play King Yeongjo, a stern ruler whose ascension to power was at one time a controversial subject within the high court. His son (Yoo Ah-in), the next in line to rule, is seen as an unruly figure – at least within the eyes of his father – and, over time, the relationship between the King and his Crown Prince is strained to the point of hatred and contempt. So much so that, in the very beginning of the film, we see the Crown Prince emerge from a tomb, sword in-hand, ready to murder his father. 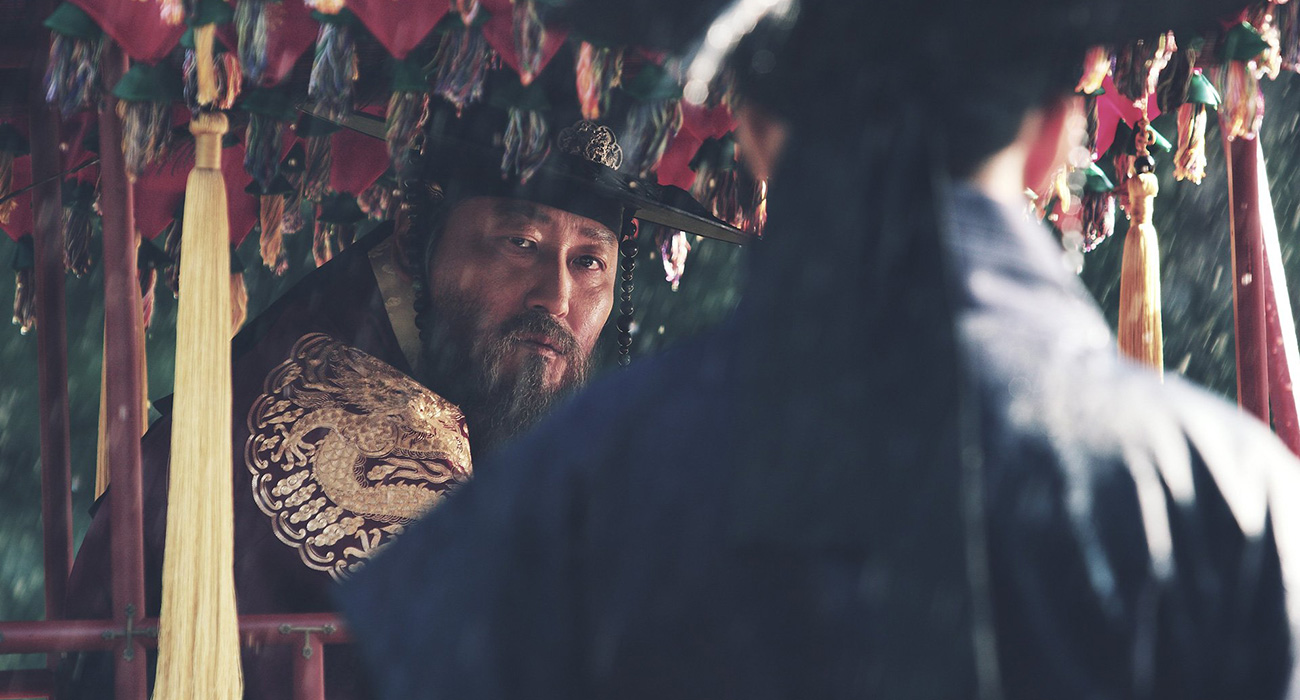 It’s an exciting opener but filmmaker Lee Joon-ik (who last directed the overly dramatic 2013 film, Hope) quickly transports the action into the past where we see the Crown Prince at a very young age. In his younger form, the Crown Prince exhibits an aptitude for study and is generally loved by his father, the king’s concubines and is soon married to a young wife. But the burden and responsibilities of the royal court quickly weigh heavily on him, thus leading to resentment of the expectations set by his father.

That eventual resentment towards his father becomes one of the few problems in The Throne as it doesn’t feel quite as justified as it should be. His father is awfully tough on him, yes, but for the most part we are witness to a few verbal spats early on which never escalate in the way one might expect it to. The decision to consistently move back and forth between the past and present timeline also doesn’t always illustrate the struggle between father and son as effectively as it should either.

This becomes extremely apparent particularly when the film flashes back in time from the perspectives of characters who can otherwise be considered tertiary to the story of the film. In fact, the time jumps between past and present feel problematic in itself. In piecing the film together, it almost feels superfluous to include this narrative structure as it can lead to flashbacks that feel almost inane and forces the film to annoyingly stop and start just as it’s about to gain momentum. 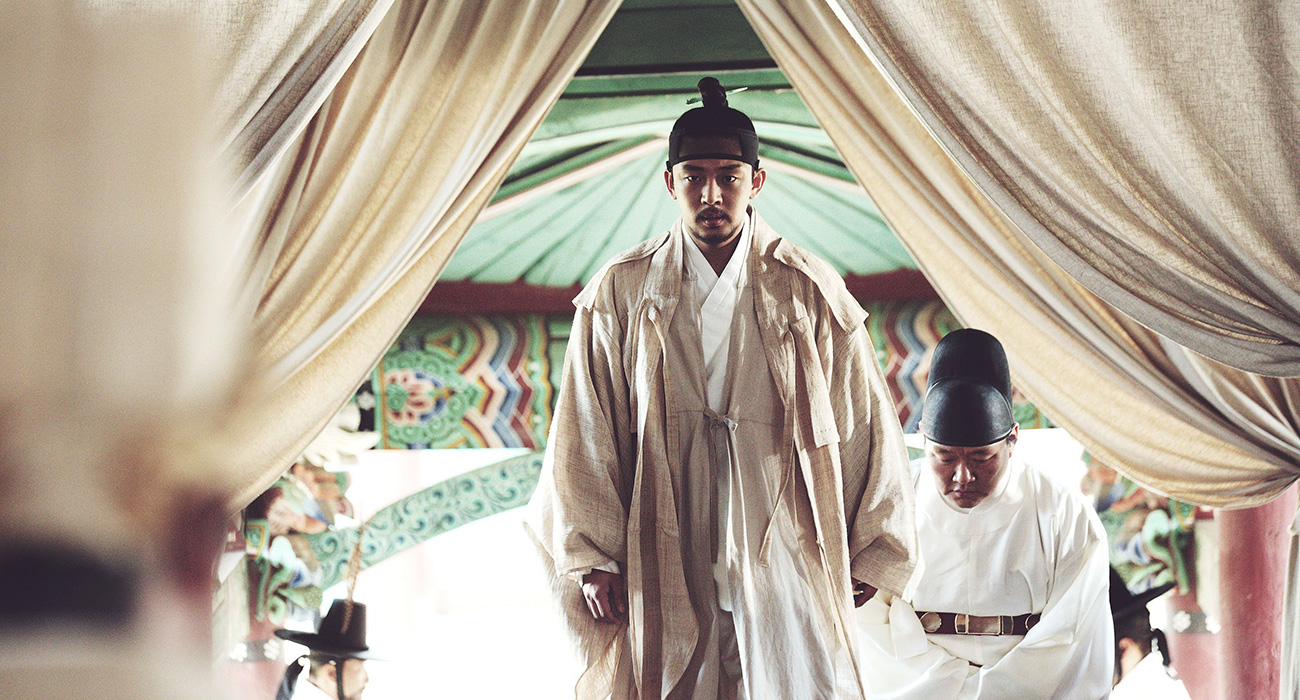 Yet with all these concerns on the mind, surprisingly the film can be quite effective on an emotional level even with it’s hackneyed structure. As the filmmaker had demonstrated in Hope, director Lee’s eye for emotional human drama is something of a strength of his. In humanising these royal figures, Lee’s take on the royals in this period of Korean history makes these often larger-than-life characters wholly empathetic to an audience.

One particular scene involving the Crown Prince’s late celebration of his mother’s birthday – a scene in which he forces everyone in his family and those that serve him to pay their respects and celebrate his mother as though she were the ruling Queen – and the parade that follows was especially touching, and hit a bit close to home (I saw a lot of my own father in the Crown Prince in that moment).

The Throne is certainly a lavish production – one that’s perfectly capable of winning fans of period dramas with its costuming and design – but this Joseon-era period drama isn’t as epic as it likes to think it is. And yet despite being too long for its own good (those last ten or so minutes especially drag the film down and really tests the audience’s patience), The Throne’s story of fathers, sons, responsibilities and parenthood can still be effective in parts – there’ll be moments and scenes throughout that no doubt will feel more personal to yourself than others. Its obvious faults might be hard to ignore but the film’s human moments are redeeming to say the least.