Despite its subject concerning events that predominately happened in China and featuring Mandarin-speaking subjects, director Ann Hui’s latest feature, The Golden Era, is in fact Hong Kong’s submission into the foreign film race at the Academy Awards this year.

The film certainly fits the bill of an Academy Award feature; it’s a period piece based on historically significant figures and contains a fair dose of melodrama just for good measure. But unlike last year’s hopeful Hong Kong entrant, Wong Kar-wai’s The Grandmaster, The Golden Era squanders its potentially inspiring story with a hum-drum narrative and a disagreeable style that completely dismisses its subject.

Set predominately during the late 1920s and 1930s, The Golden Era brings to cinema screens the life of influential Chinese writer Xiao Hong. The film opens with a stoic Xiao (Wei Tang), rendered in black and white, solemnly declaring to the audience her own death in 1942. From there the film leads into the major events that impacted her short life (Xiao passed away at the young age of 30), namely her marriage to writer Xiao Jun (Feng Shaofeng) and her struggle as a writer during a tumultuous period in China’s history.

The ingredients for a decent, let alone great, period biopic can be found strewn across The Golden Era’s massive running time of nearly three hours – which in truth felt like far more – but Hui’s film lacks any sort of motivation for its audience to want to become emotionally invested in its subject.

A huge part of this lies with Hui’s decision to relay information about Xiao Hong through the supporting characters of the film. Each of these characters recall their first time meeting Xiao Hong and how they’ve been affected by her to the audience; relaying dates and important events in her life as well as theirs. Though not an entirely unusual method of delivering information to an audience – similar to what you would expect from a documentary – the way in which The Golden Era goes about in providing this information never convincingly paints Xiao Hong as an important figure. 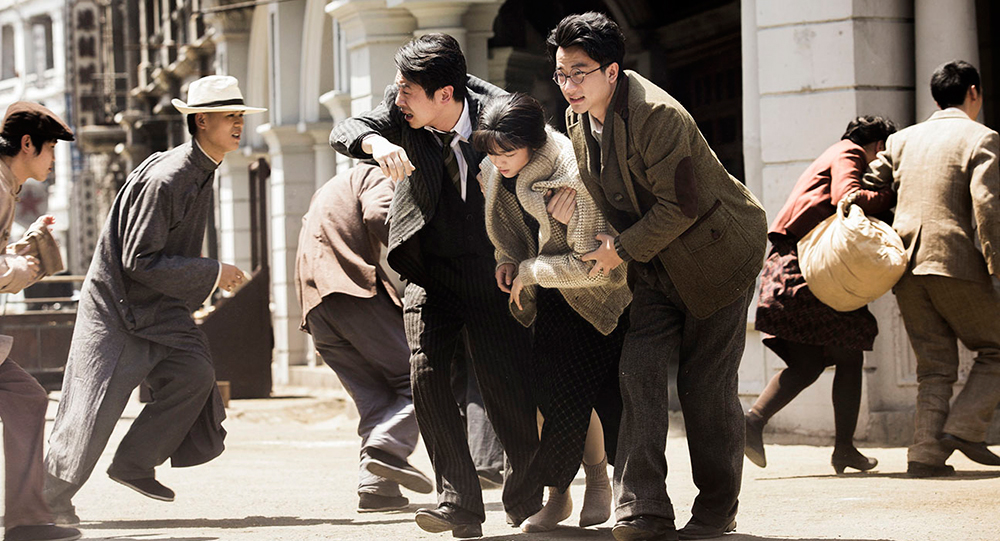 Hui’s talking heads talk up a big game about Xiao Hong’s writing and the dedication she had to her craft but the film hardly demonstrates this. As other characters speak in her place, it doesn’t provide many opportunities for Xiao to speak for herself. As a result, there’s a constant feeling that the idea of Xiao Hong exists in the film but her actual voice and presence is far removed and absent from the narrative. Concerning Wei Tang’s part in all this, the actress, normally quite capable in her own right, appears out of touch with her character – further evidence that the Xiao Hong we see in the film is an empty vessel.

Consistent fourth-wall breaking techniques including characters in scene taking an aside to talk to the audience prove to be extremely jarring, taking the audience away from the action. Additionally, select information regarding Xiao’s life that Hui wants to communicate to her audience is often redundant and unnecessary. One such example sees characters recollect two differing stories of a nasty break up between Xiao Hong and her husband; a baffling scene that appears to have little purpose behind it. Scenes like this lag the film’s already slow momentum and creates further dissention between the subject and its audience.

Enacting a similar approach to The Golden Era’s style and form is the similar biopic, Centre Stage, directed by Stanley Kwan. Kwan’s film featured footage of actress Maggie Cheung discussing the life of silent screen legend, Ruan Lingyu, who she played in the film. This footage was then interwoven into the fabric of the narrative, creating a convergence between part and player. Though the style mightn’t have always been as natural as it could have, Kwan’s approach to his subject was much more accommodating. Hui on the other hand seems to be grasping at straws just trying to make her subject as engaging as possible and doing so in the most abrasive way possible.

When tackling a biopic, the first few questions that can typically arise may include: Why is this person important? What have they done? Are they worth celebrating? On all accounts, Ann Hui fails to answer these basic questions with her latest effort, and after watching the movie, it is difficult to recount the reasons why Xiao Hong is worth talking about.

The Golden Era is not a good movie and it would be very hard to see it get past the first round of shortlisted nominees for the Best Foreign Language Film category for next year’s Academy Awards. Outside of Hollywood bureaucracy however lays a poorly made biopic, one that’s completely out of sync and shows a clear disconnect, perhaps even malcontent, with its subject. The Golden Era is poorly conceived, terribly long-winded and lacks conviction and purpose. The only question to ask now is: why did a movie about this writer need to be made at all?