Review: The Act of Killing

From the opening scene of Joshua Oppenheimer‘s The Act of Killing (2013), it is apparent that this documentary is unlike many others. Despite brightly costumed women and the vibrant Indonesian landscape filling the frame, there is an underlying sense of unease – a feeling that never subsides throughout the theatrical cut’s two-hour run time.

After the overthrow of the Indonesian government by the military in 1965, mass killings of ethnic Chinese and supposed communists took place over a year – an estimated one million were murdered. These killings were carried out by the army and death squads, some of which grew to form the paramilitary group Pancasila Youth, who are still highly respected within Indonesian society today. However, this violent period in Indonesia’s history is not the focus of Oppenheimer’s film. Instead, it is the perpetrators of these crimes who are examined, most notably Anwar Congo, a high-ranking member of the Pancasila Youth.

While the film explores the position of these paramilitary members in today’s society and their continuing impact (with politicians shown publicly praising the work of gangsters), the use of its ‘film-within-a-film’ helps separates The Act of Killing from other documentaries. With Anwar claiming that Hollywood film stars such as Marlon Brando influenced his attitude and style as a gangster, he and other former death squad leaders are asked to create films re-enacting their past violent actions. It is on these film sets that The Act of Killing‘s most disturbing and unsettling moments arise. Both perpetrators and victims gleefully recall their past experiences, with one victim laughing as he tells former executioners of having to dump the body of his murdered stepfather.

As the men joke and proudly discuss their murders and acts of crime, it becomes quickly apparent that these ‘happy’ memories are all a facade. Almost immediately former executioner Adi Zulkadry breaks his boastful veneer, claiming that his actions were cruel, before reassuming a defensive position. However, it is the trajectory Anwar takes towards recognising his guilt that is most memorable. The utilisation of The Act of Killing‘s own film-within-a-film highlights the mindset of Anwar and provides audiences a glimpse under the former executioner’s cheerful mask. The shooting of a nightmare sequence and the following interviews confirm that Anwar is tormented by his past, but it is not until the last powerful moments of the documentary that he ultimately confronts his actions. Oppenheimer’s refusal to cut away from Anwar and the lack of music during The Act of Killing‘s final scene makes for difficult viewing, but is necessary in showing the impact of guilt and regret on the human psyche. 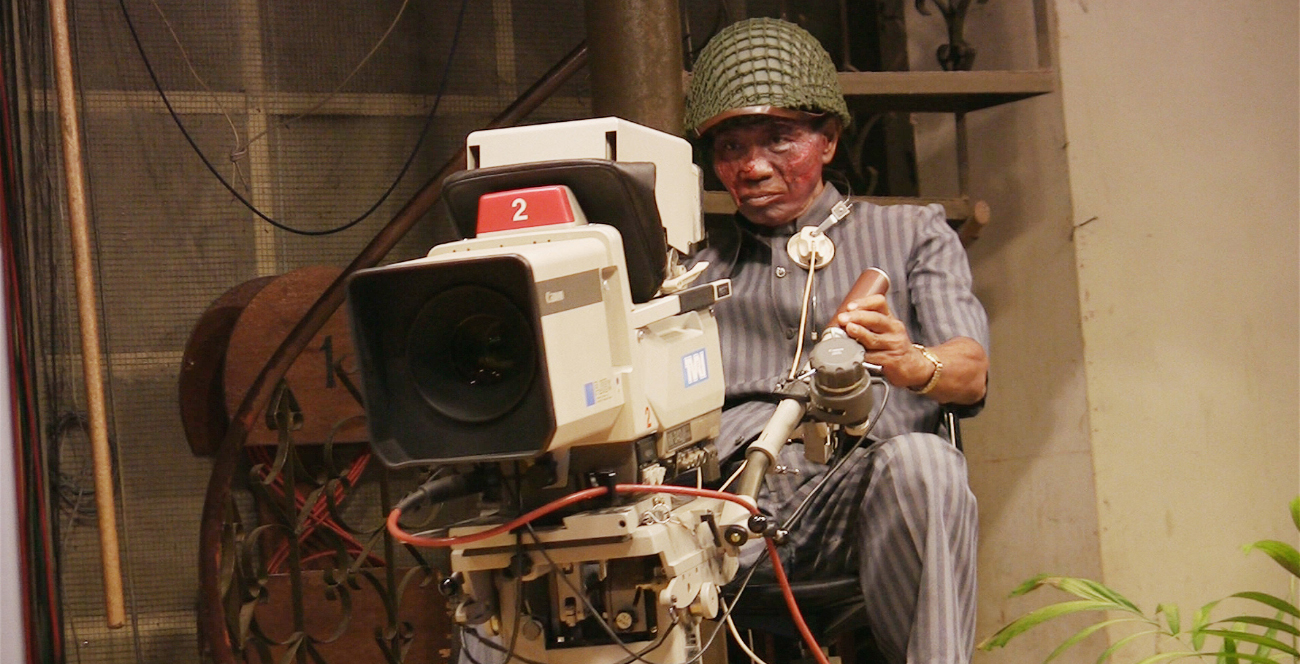 It is this display of universal emotion that may polarise the response of viewers. Audiences often don’t want to conceive murderers as human beings, instead preferring to distance themselves emotionally. Yet Oppenheimer refuses to portray Anwar as merely a villain, allowing him to transcend the Hollywood bad-guy clichés he aspired to in his youth. Footage of Anwar teaching his grandchildren to respect animals, a stark and interesting contrast to his re-enactment of the killings, shows his complexities as an actual person. Oppenheimer’s unbiased approach and the openness of Anwar forces audiences to understand, and perhaps even identify, with Anwar, a concept that may unsettle some.

It is Oppenheimer’s audacity to ask these tough questions regarding redemption and sympathy, not only to Anwar but also the audience, which makes The Act of Killing so compelling. While at times uncomfortable and confronting, The Act of Killing is essential viewing that stays in the mind long after the final credits.