Feature: Why Indonesia’s ‘The Look of Silence’ deserves Oscar glory

Brooke has previously reviewed The Look of Silence at Sydney Film Festival 2015. Her full review can be found here.

The decades-spanning career of a soul legend, the short life of a jazz singer, a modern Ukranian revolution, ongoing cartel violence, and mass killings. To say the Best Documentary Feature nominees for the 88th Academy Awards is diverse would be an understatement. Conversely, the “Oscars race” for this year’s winner is tremendously tight.

Although Winter on Fire: Ukraine’s Fight for Freedom and Nina Simone biography What Happened, Miss Simone? are both outliers with a combined nomination count under 15 — perhaps as a result of being produced by Netflix — the remaining three nominees are neck and neck. Amy Winehouse documentary Amy won numerous awards in its native Britain, claiming multiple BAFTAs and BIFAs. Cartel Land has earned more than 30 nominations for its investigation of the Mexican drug war.

However, earning 44 international awards (according to IMDB at the time of publishing), one documentary has resonated more widely with judges than the rest. That film is The Look of Silence, Joshua Oppenheimer’s examination of the victims and perpetrators of the Indonesian massacres during the 1960s. 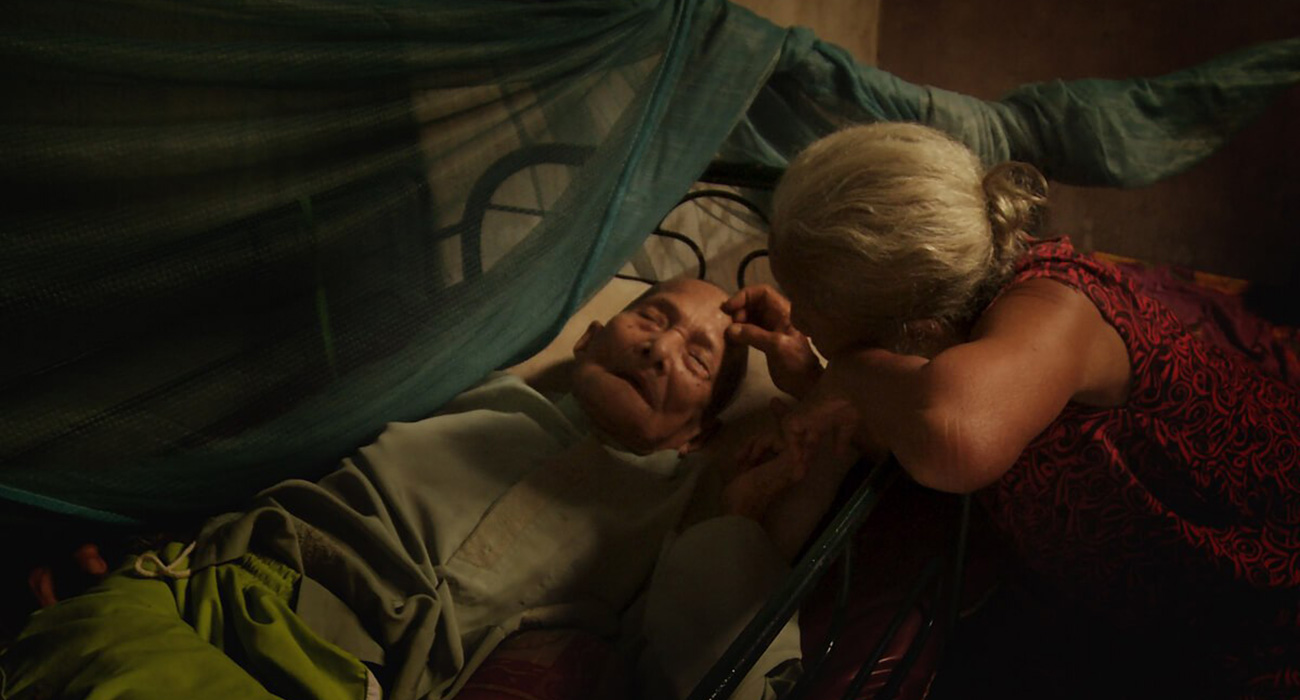 While the number of awards or nominations a film accrues should not be considered a definitive, or even objective, measure of its quality, when viewing this year’s nominees I have to agree with critics. However, it is not the subject matter that makes The Look of Silence so deserving of praise; in fact, it largely avoids recounting the larger historical events of the killings. It is how Oppenheimer subverts documentary conventions in order to create a confronting experience, for both those filmed and watching.

When one thinks of documentaries, especially those based on historical events, it is likely that the use of archival footage comes to mind. However, The Look of Silence largely eschews the use of primary evidence, sans a news report, in favour of confronting audiences with blasé, and at times joyful, re-enactments by the perpetrators. While explicit footage of youth being fatally shot in Winter on Fire, decapitated heads in Cartel Land, and Amy Winehouse’s body on a stretcher in Amy are obviously shocking, the spoken recounts of violence in The Look of Silence are arguably more effective. The candid manner in which the killers describe the abuse of victims, including castration and beheading, not only leave viewers to create the images in their own minds, but also reveals the perpetrators’ lack of remorse and personal moral codes.

Although some would argue that archival footage is required in order to show events ‘objectively’, The Look of Silence is not a documentary overly concerned with facts, but with the human condition and perspective. Oppenheimer’s decision to mainly utilise re-enactments and interviews, not archival footage, therefore services the film in multiple ways. Not only is their use entirely appropriate, reinforcing the film’s thematic concerns, but they also separate it from other footage-reliant nominees Amy and Miss Simone. 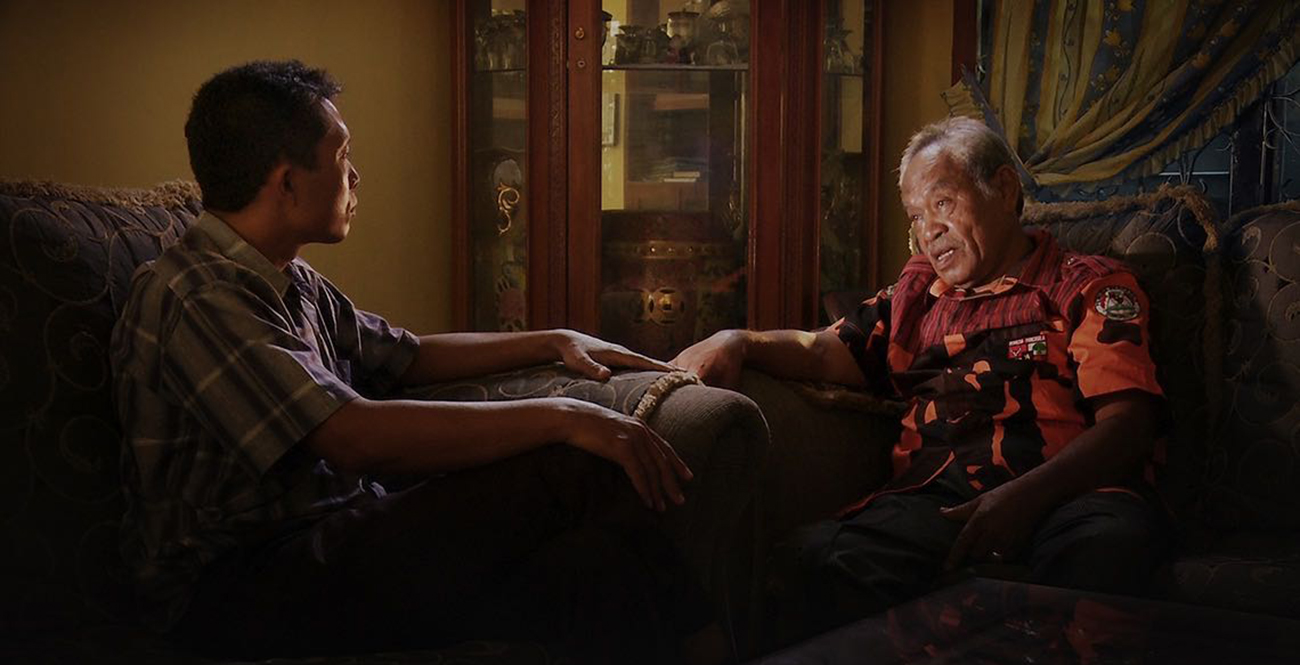 Re-enactments, which feature more prominently in The Look of Silence’s companion film The Act of Killing, are not the only way in which Oppenheimer contorts the conventions of documentary-making. It is not Oppenheimer or a largely unbiased third-party who assumes the role of interviewer. It is Adi, the film’s central figure, whose persistent questions are clearly motivated by his personal loss, that interrogates the visibly uncomfortable killers.

Almost every killer interviewed displays some kind of resistance to Adi’s queries, whether they be excessively defensive or outwardly threatening. In fact, the response of one perpetrator, who doesn’t like that Adi asks “much deeper questions than [Oppenheimer] ever asked”, encapsulates why using Adi as an interviewer is so vital in attaining these reactions. It is in these moments that viewers not only empathise with Adi’s frustration and disbelief, but also discover that the interviewees’ defiance is more telling than any rehearsed answer. Combined with the concerns of Adi’s mother over his safety and the violent pasts of the perpetrators, an air of danger and anxiety increasingly tinges each encounter.

The range of reactions on display is especially refreshing when compared to the politically-charged Winter on Fire, in which only willing pro-EU protesters are interviewed. By placing the viewer in the middle of unpredictable conversations, rather than the receiving end of a one-sided account, The Look of Silence involves the viewer and creates an underlying intensity unrivaled by the other nominees. 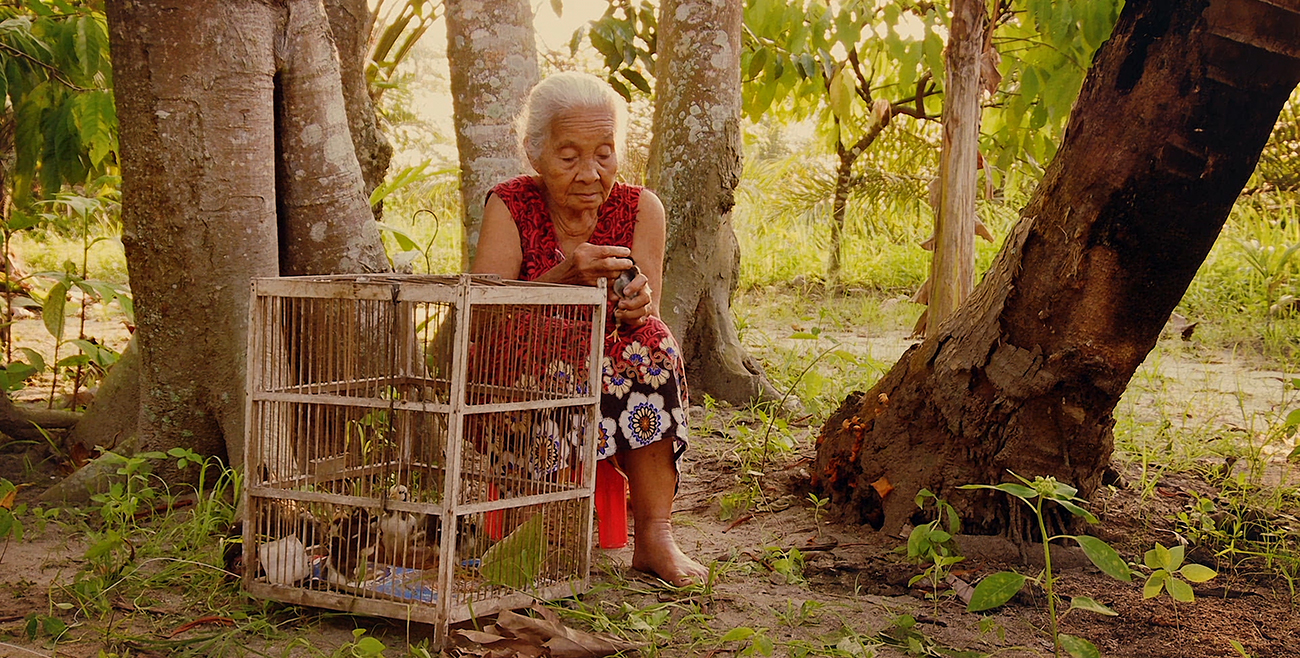 In addition to Oppenheimer’s unique use of confrontation, The Look of Silence also excels on a technical level. And while each nominee is technically accomplished in its own way, The Look of Silence’s comparatively patient pacing and captivating cinematography emphasises its intensely personal tone, providing a detailed portrait of its subjects rather than the brief snapshots offered in other entries.

Unlike the quick pacing of other nominees, especially biographies Amy and Miss Simone which condense years into minutes, The Look of Silence dwells on the mundane. Oppenheimer’s camera is relentless and persistent, refusing to cut away as Adi’s father struggles to get in his wheelchair. The small scope of The Look of Silence allows Oppenheimer to include these moments without sacrificing the film’s overall pacing. Conversely, Cartel Land‘s coverage of vigilantes fighting the Mexican drug war suffers from its additional American border story, which feels more like a distraction than an essential parallel.

The Look of Silence’s deliberate and careful pacing is also reflected in its cinematography by Lars Skree. Every lingering close-up captures the emotions and humanity, of both Adi and killers, with extreme clarity, a stark contrast from the paparazzi and fan footage used intermittently throughout Amy. 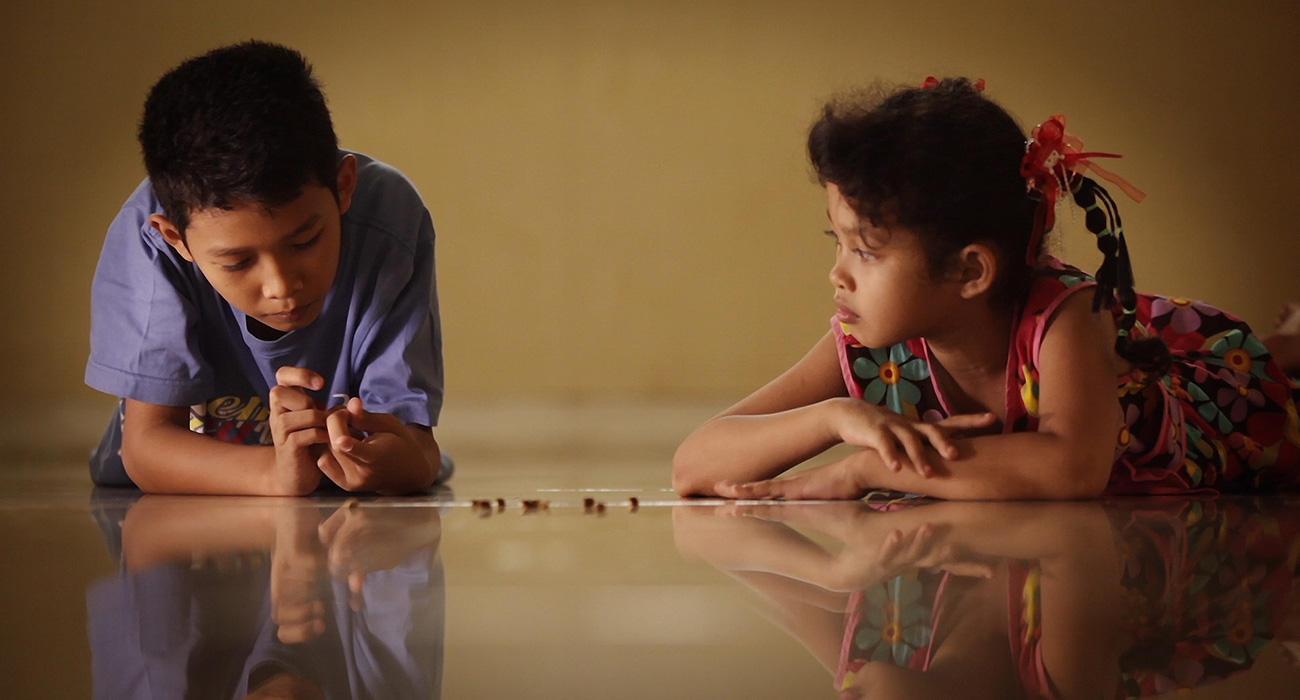 So what does all this mean for The Look of Silence’s chances come Oscar evening?

In recent times the Academy has shown an affinity for the unconventional and well-made, with surreal dark comedy Birdman winning Best Picture in 2015 and Mad Max: Fury Road gaining 10 nominations this year. The Look of Silence certainly fits this pattern, with its avoidance of genre staples, such as archival footage and passive off-screen interviewers, distinguishing it from the other more typical nominees. Combined with its technical prowess and powerful examination of morality, don’t be surprised if The Look of Silence earns Indonesia its first Academy Award.