Review: SPL 2: A Time for Consequences

SPL 2: A Time for Consequences is more spiritual successor than direct sequel to 2005’s SPL. While there are small references throughout, such as broken windows and terminal illness, SPL 2 follows a new set of characters with a cast composed of newcomers and familiar faces. The actors and story are not the only departure from the first film, with The Monkey King director Soi Cheang taking over directing duties. While this may concern fans of Wilson Yip’s original, worry not — SPL 2 is worthy of its franchise branding.

Kit (Wu Jing), an undercover cop whose cover is blown, is framed and placed in a Thai prison that operates as a front for organ trafficking run by Mr. Hung (Louis Koo). Hung, who requires a new heart due to a medical condition, plans on kidnapping his younger brother, Man-biu (Jun Kang), to use his organs. However, when the plan fails, Man-biu is captured by police and used in negotiations headed by detective Wah (Simon Yam) to rescue Kit. Meanwhile, prison guard Chatchai’s (Tony Jaa) daughter Saa (Unda Kunteera Yhordchanng) requires a bone marrow transplant due to leukaemia. With Kit matched as a perfect donor and the discovery of the prison’s real function, Chatchai must face the warden (Zhang Jin) and break out the former cop to save his child. 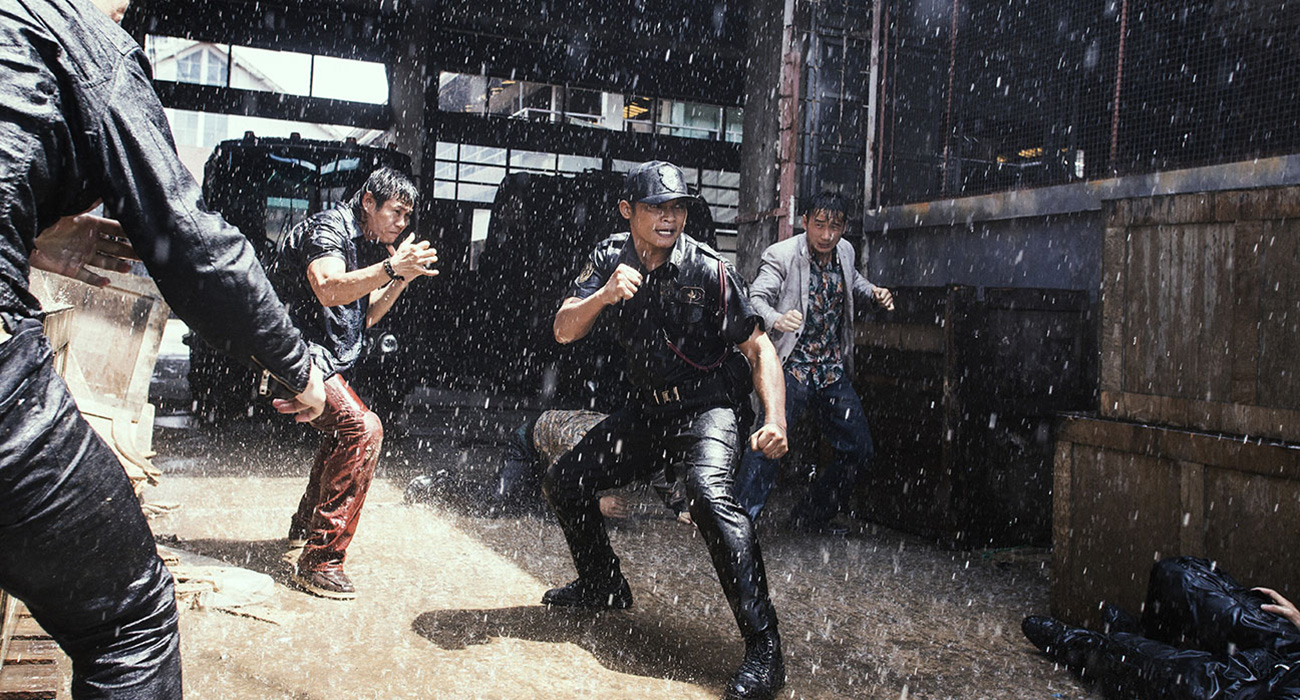 Despite the above sounding overly complicated, writers Jill Leung and Wong Ying manage to tie-up the film’s many simultaneous threads through some too-convenient plot points. Furthermore, SPL 2, much like its predecessor, at times relies too heavily on dialogue  in order to explain characters’ relationships and backgrounds, with lines such as, “You’re my brother, we grew up together”, feeling unnatural, jarring, and cliché.

Thankfully, more clarity, in terms of both story and action, is evident in the film’s cinematography by Kenny Tse. With the story split between several countries, director Soi Cheang and Tse visually communicate the location of characters through the use of contrasting colours. For instance, the Thai prison is bathed in saturated yellows and reds while scenes involving Hung take on a more subdued, almost-monochromatic, palette. In addition to these more subtle cues, text also accompanies the beginning of each scene meaning the audience is rarely lost. 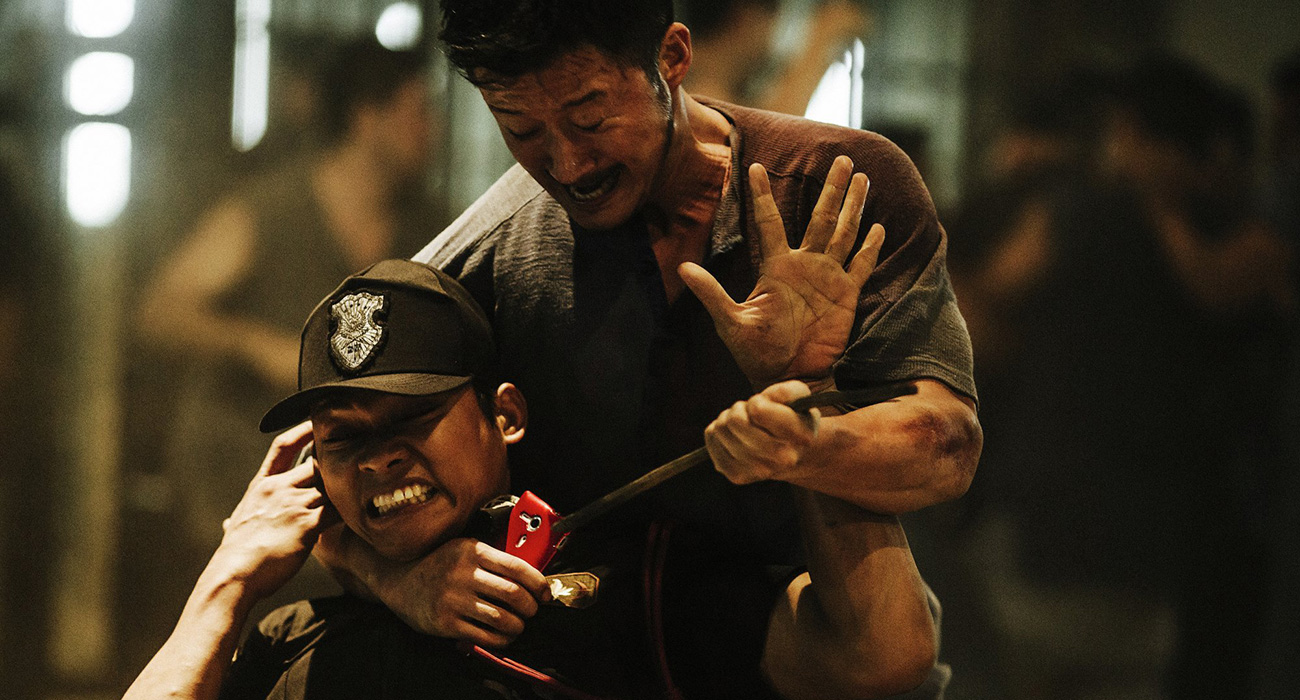 Cheang and action director Li Chung Chi also masterfully guide viewers through the fight scenes, with the film’s impressive fight choreography rarely obstructed by needless close-ups or breakneck cuts. It would be remiss to not mention SPL 2’s exhilarating prison riot scene. Seemingly shot in one take, Tse’s camera glides effortlessly between individual fights, showcasing the respective martial arts styles of each actor. While the long take techniques of cinematographers such as Emmanuel Lubezki (The Revenant, Birdman) are known for being somewhat ostentatious, Tse’s camerawork never feels unnecessarily extravagant, instead focusing squarely on the action. Combined with a constantly moving background of fighting prisoners and Chan Kwon Wing and Ken Chan’s electric guitar-imbued score, SPL 2’s prison riot scene is on par, if not better, than The Raid 2’s comparable and extensively-praised jail yard fight.

Like the original, SPL 2 is not just about physical fighting, but also drama. Fortunately, the renowned action star-heavy cast members are more than capable in their roles, with Yam (The Thieves, Ip Man) standing out in particular. The role of detective Wah, which involves several intense scenes and angry outbursts, could have easily been overplayed. However, Yam delivers a balanced and subtle performance, as exemplified in a scene where Wah is restrained, expressing mostly with his eyes. 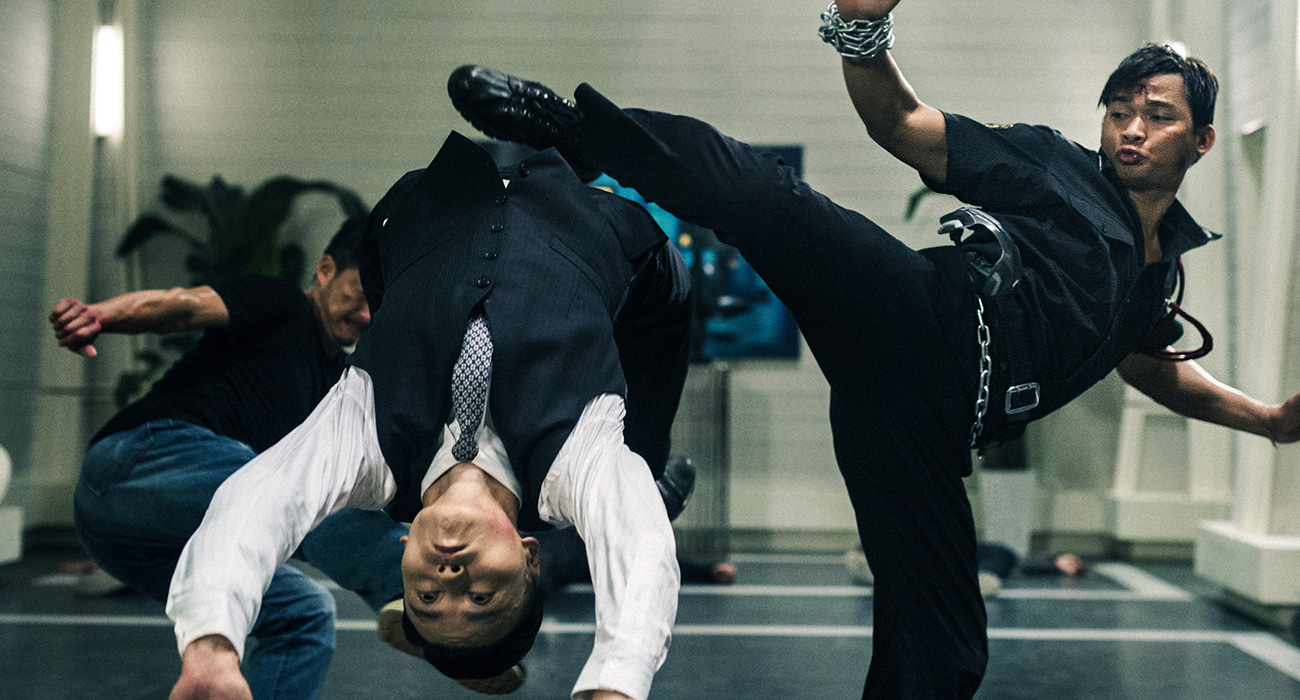 Similarly, Jing (SPL, Fatal Contact) demonstrates range and versatility as recovering drug addict cop Kit, adequately portraying his characters’ frustration and determination. As the film’s emotional core, and most internationally-recognised actor, Jaa (Ong Bak, Furious 7) is required to bring more than just fighting skills. Although he at times lacks the nuance of his co-stars, with Jaa over-relying on laboured breathing to express anger, scenes including those with his character’s daughter and the emotional first meeting with Kit show that the action star does possess great dramatic potential.

Although SPL 2 falters when it comes to a believable story and realistic dialogue, it not only delivers, but exceeds, on the series’ main selling point: action. With several sequences that rival the most-acclaimed fight scenes of the decade, SPL fans should appreciate not only Jaa and Jin’s martial arts, but also the clear and enthralling action directing of Cheang and Li. The film’s excellent cinematography and considerable dramatic acting are a welcome bonus.