Lina Wang’s debut feature film is as much a tribute to the land as it is to its people. Following the lives of two Uyghur children living in a rural farming village, and with dialogue primarily in the Uyghur language, it unveils with great diplomatic tact the challenges of their upbringing. Having first premiered in 2019 at the likes of Berlinale, Tokyo International Film Festival, Hong Kong International Film Festival and Shanghai International Film Festival, it quickly generated plenty of interest as it picked up awards along the way. But beyond the film festival circuit, Wang’s film did not receive a wide theatrical release. Fortunately, it is now getting a limited release in the US.

Amidst vast sweeping plains and quiet dusks dyed blue with twilight, we are first introduced to Isa, a young boy who spends his time caring for his goats and his deaf mother while his older brother and father are away. Meanwhile, his neighbour and friend Kalbinur, who comes from a cotton-farming family, often comes to visit; the two of them are taking turns to care for a baby goat. 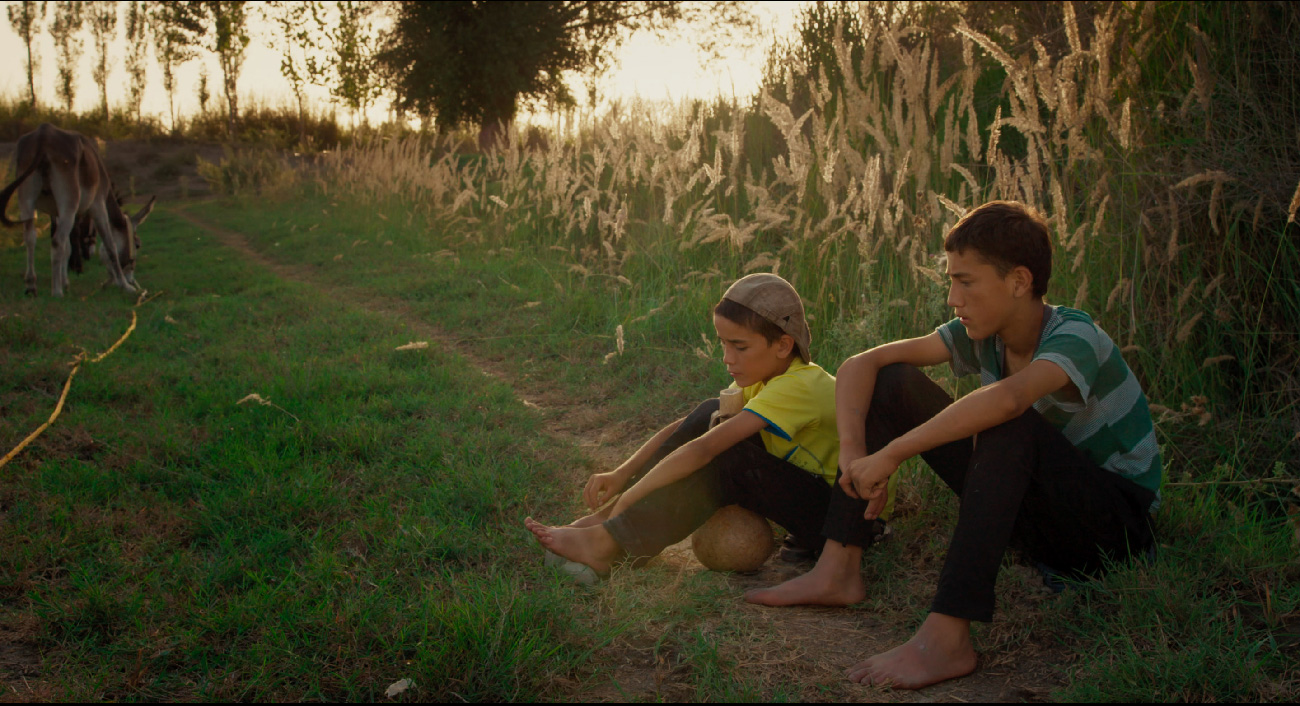 From early on, without so much as a word, we can feel a sense of desolation, one that is independent of the film’s setting. After all, to automatically associate rural living with isolation might be erroneous, and for Isa, it feels more circumstantial. While other kids of his age have gathered to play football, Isa feels a great responsibility to return to his mother; when Kalbinur comes to retrieve the baby goat from the stable, Isa pleads for some extra time with it. There’s a strong sense of Isa’s naivety being burnished away as he juggles between school, helping his father with manual labour and caring for his mother. And yet, even when his father opts to put his mother in a nursing home, Isa is beyond reluctant. In tender scenes of nursing the baby goat or communicating with his mother through mere gestures and glances, we feel the full force of Isa’s sensitive nature, a fact made more powerful with the knowledge that this boy is a non-actor. Though he is simply sharing a snapshot of his life — as Wang draws upon the real lived experiences of these children and families — we can still feel the ease at which he moves in front of the camera, as if they were intimate partners.

Kalbinur’s story on the other hand portrays another complex struggle that has garnered more discussion over the years. In school, she struggles with learning Mandarin — in a rather heart-rending scene, she is scolded in front of the class for her low grades on the subject, with her parents by her side. But it is no one’s fault — even Kalbinur’s parents cannot tutor her in the subject, themselves having never learned it. But Kalbinur’s mother laments this, possessing the knowledge that her Han friends who learned Mandarin have all moved to the city to take up more stable professions such as becoming teachers. As such, Kalbinur’s mother is eager to send her children to schools in the city, where they have a chance at a better life in a country where great importance is placed on one’s Mandarin language ability. This leads to quarrels and estrangement between the two parents, which affects Kalbinur’s happiness. The issue of a dominant culture supplanting minority cultures is an issue that isn’t China-specific, and so its relevance has far-reaching implications. But for China, where the rights of Uyghurs have finally gained more attention on the international stage, it provides rather cogent commentary.

All that A First Farewell touches upon hits close to home for Wang. She grew up in Shaya, Xinjiang, and had similarly departed her homeland for the prospect of a better future, only to quickly return once again to make this film. Working closely with Director of Photography Li Yong, Wang’s love for the marvellous landscape can be felt through the myriad of wide shots that immediately capture the eye and the heart, accompanied by nature’s diegetic melody that’s euphonious to the ears. Wang also exercises much prudence in incorporating a musical score, adding to the documentary sense of the film, allowing these stories to play out naturally without resorting to histrionics. And so when the score composed by Xi Wen does kick in as the camera pans across the horizon, the harmony of ambient electronic beats vibrating under an overlay of traditional instruments strikes an emotional chord.

As past reviewers and critics have noted, Wang’s style here closely resembles that of Iran’s new wave filmmakers, and she has similarly confirmed their influence on her work in an interview with Asian Movie Pulse. To thread on the fine line of docufiction is a feat in itself; it is easy to lose one’s balance in the process. But for Wang, she has shown her agility in preserving the preciousness of human stories, and further giving them the opportunity to shine from within. What Wang has proven most of all is her ability to act as a conduit in the storytelling process rather than an imposing voice. This is a rare gem to be found in any filmmaker.