Review: Reach for the SKY

Korea’s education system is notorious for being punishing and highly-competitive. According to the BBC, three-quarters of Korean students attend private after-school tutoring at hagwons, pushing students to study until 10pm when they are legally required to close. Some students continue to study until the early hours of the morning, putting their daily study time at around 17 hours. Perhaps more distressing is the rate of suicide for Korean youths. In 2012, The Korea Times reported suicide as the leading cause of death for youths aged between 15 and 19, with many citing academic-related stress in their suicide notes. Belgian-Korean documentary Reach for the SKY aims to display the widespread cultural impacts of this education system through four stories, emphasising the restrictive nature of the university admission process. While ambitious in scope, and effective in conveying the effects of high-pressure competition on students’ outlooks, Reach for the SKY does not always provide the insight it seems to promise.

Reach for the SKY follows three high school students as they prepare for South Korea’s National Exam, or Suneung, which will decide which university they attend. Most students aim to attend one of the country’s top three universities: Seoul National University, Korea University, and Yonsei University (collectively referred to as the SKY universities). Yet, according to one student in the documentary, only the top 0.01 to 0.1 per cent of students will be admitted to a SKY university. With social reputation and career opportunities heavily dependent on which university a student attends, many choose to retake the Suneung examination rather than study at an institution of lower status. In Reach for the SKY, students Hyun-Ha and Min-Jun, represent these ‘repeaters’. Hyun-Ha prepares for her second Suneung by attending the expensive Eetos Private Academy, while Min-Jun lives in a strict boarding school away from his family. Meanwhile, first-time Suneung taker Hye-In attempts to navigate the competitive admissions process by attending specialised lectures by private educators. One such private teacher is Kim Ki-Hoon, a quasi-celebrity who delivers online lectures in an increasingly regulated and government-involved teaching environment. 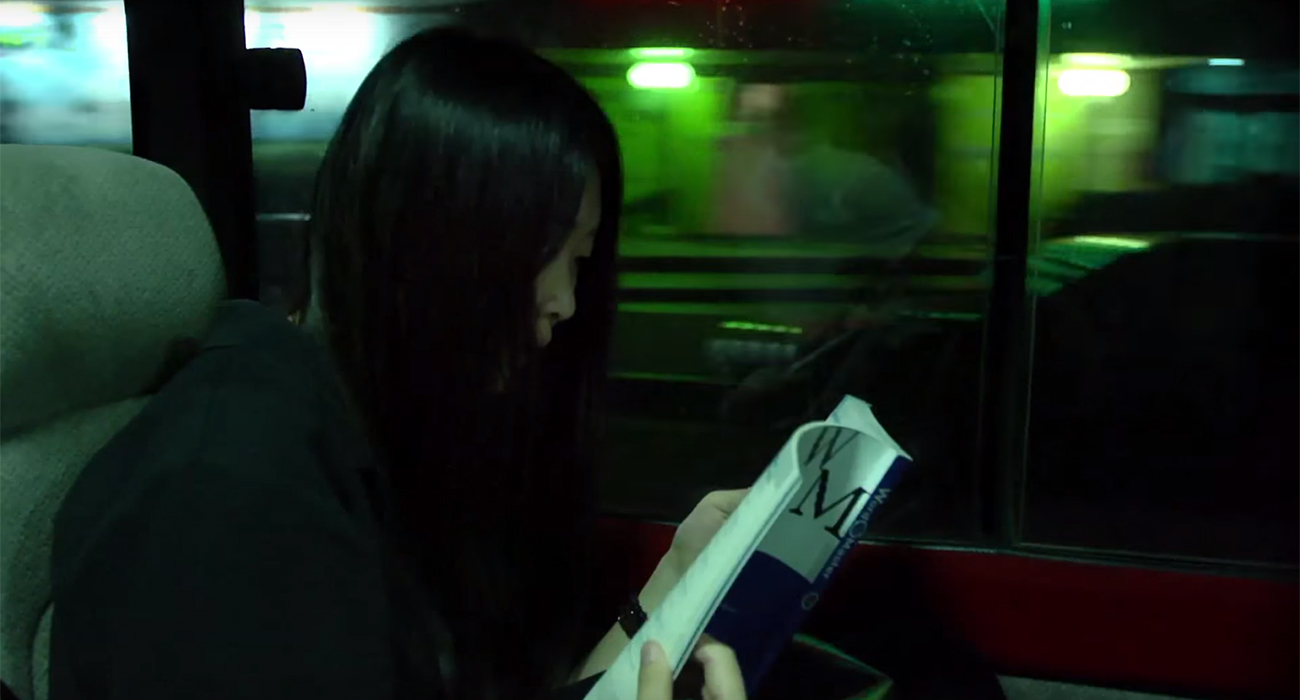 In addition to these personal stories, Reach for the SKY also comments on a range of related topics, such as the role of religion in providing faith and issues of education-based social hierarchy. This unfortunately results in the an overarching sense of disappointment throughout Reach for the SKY, which never seems to decide which aspect of the Korean education system it wants to explore. Encapsulating this frustration are directors Steven Dhoedt and Choi Wooyoung’s insistence on using title cards, composed of a counter and proverbs, to separate the film. The use of a D-Day counter to structure the many narratives is admittedly ingenious, cleverly paralleling the widely-used countdown calendars to Suneung while furthering a sense of pressure on both the students and audience.

However, it is the Confucian sayings which follow that provide false hope that Reach for the SKY will take an in-depth look at the effects of the Korean education system. These philosophical musings explicitly mention ingrained aspects of Korean society often not examined by Western productions, such as filial piety and class divisions. Yet, Reach for the SKY fails to capitalise on these largely unexplored ideas, instead falling in line with its international predecessors. While some of these Confucian values are implicit in the storylines of the repeaters, the film does little in addressing their applicability in modern Korea, instead returning to familiar narratives surrounding long study times through repetitious shallow depth-of-field B-roll of study supplies, making the use of proverbs puzzling. 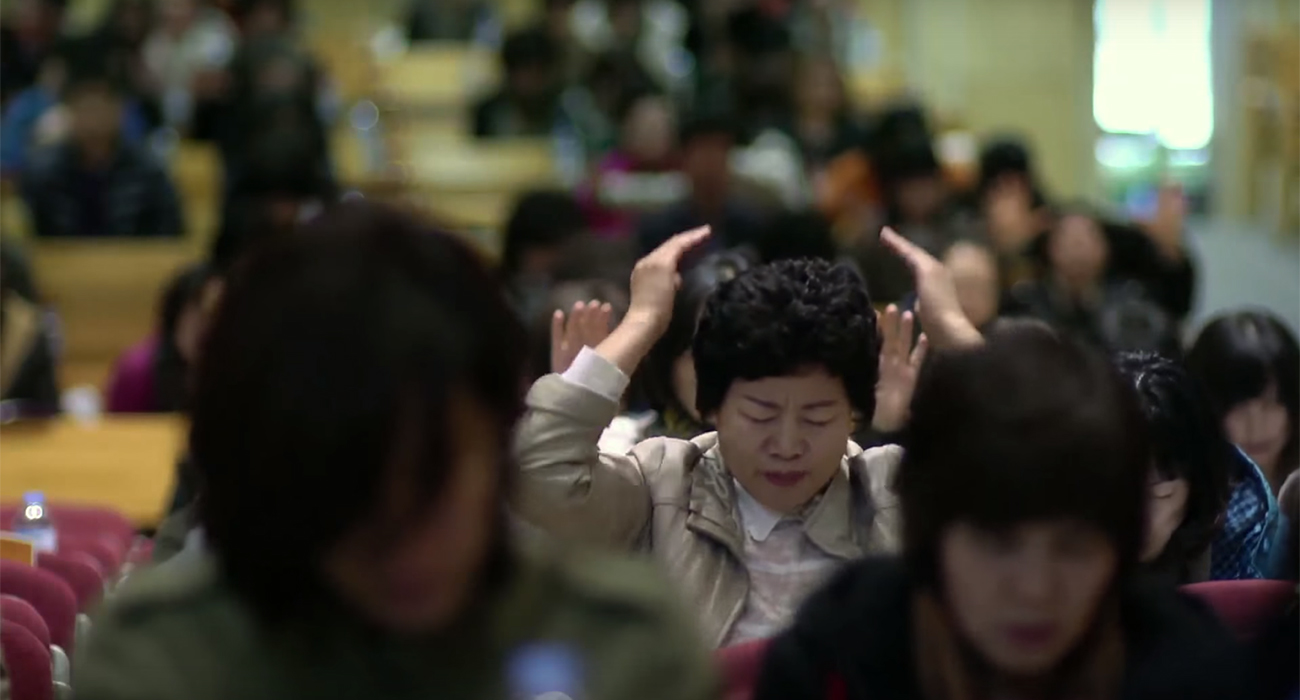 The text-heavy title cards are not the only cause of misled expectations in Reach for the SKY. Mentions of tuition expenses throughout and early segments with Ki-Hoon, described at one point as the $4 million teacher”, imply the film may also offer an educator’s perspective on private Korean education, but this too fails to materialise. Any hope that the film will meaningfully examine the impact of government resources and anti-private education laws on tutoring businesses dissipates as Ki-Hoon’s involvement is restricted to extremely brief footage of him conducting lectures, with the changing regulatory environment only hinted at briefly through one or two lines of dialogue.

While the stories of the central students are somewhat more in-depth, they too suffer from an underlying sense of untapped potential, with the outstanding, well-balanced storylines of the repeaters accentuating the missed opportunities of the remaining narratives. Hyun-Ha’s storyline especially demonstrates a perfect middle-ground between the small and large-scale influences of Korean society on education and youth. A visit to a shaman who tells her to avoid distractions like romantic relationships and a discussion in which her mother reveals she would have dismissed her father had she known about his low level of education, are particularly pertinent examples. Furthermore, Hyun-Ha and Min-Jun’s everyday routines and interactions with their family and roommates create a holistic image of not just their lives during Suneung, but their personalities as a whole.

However, this delicate balance between social commentary and personal narrative is not as evident in Hye-In’s story, who is seemingly afforded less time than the individual repeaters due to the film’s crammed 90-minute runtime. While viewers are shown a prolonged scene of Hyun-Ha nervously waiting before receiving her results and calling her father, the outcome of Hye-In’s studies is delivered relatively quickly via dialogue. As a result, it is difficult to become invested in Hye-In to the same extent as the repeaters, with her and Ki-Hoon ultimately left underdeveloped. 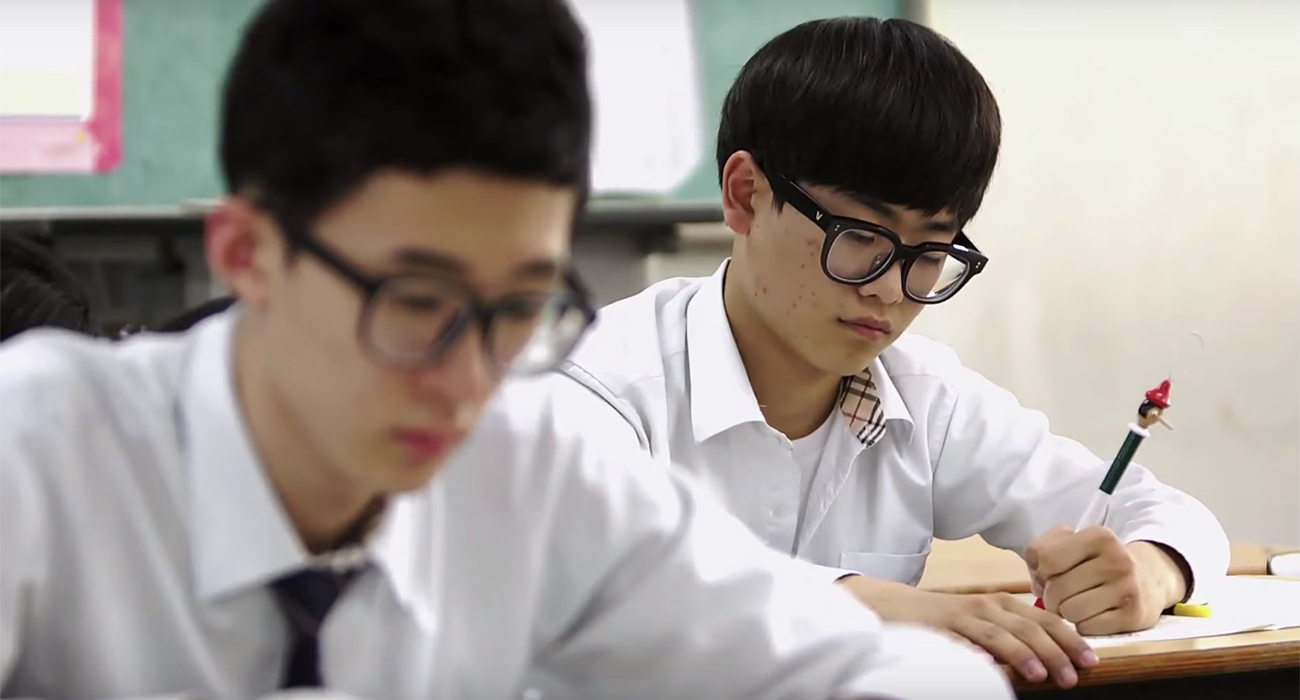 A more affecting film may have been produced had Dhoedt and Choi focused more on the personal opinions of the repeating students, as the film’s most hard-hitting and revealing moments come in the form of student monologues paired with striking cinematography by Dhoedt. In one instance, Min-Jun explains through voiceover his determination to “become the person on the top of the food chain” through high test scores, while a Korean flag attached to balloons floats in the sky, highlighting how Korea’s competitive culture can greatly affect the thought process of youth. Meanwhile, Hyun-Ha displays an anti-competitive view, displaying disdain for the lengths students must go to succeed while ironically having to navigate the very same system. The conflicting, introspective views of each student do much to mitigate the perception that Koreans have a monotonous attitude towards education; a welcome departure from the well-worn narratives presented throughout the rest of the film.

Reach for the SKY is as ambitious in scope as its Korean title, ‘Country of Study’, implies, mentioning large-scale social issues regarding social status and economics, while providing a look into the individual lives of students. Although this ambition is certainly commendable, it is also a source of disappointment, with many of the film’s more original ideas not explored to a significant extent. Hopefully the more undeveloped topics contained in Reach for the SKY, such as the lucrative nature of private tutoring and social standing based on education, will inspire filmmakers to explore beyond the well-documented competitive nature of Korean education in future documentaries.