Not all love stories have to be set against the backdrop of war or feature death to leave an imprint on its audiences. Some are unassuming, like Lee Hyun-ju’s debut feature, Our Love Story, a lyrical and simple film made all the more poignant for its grounding in realism.

Lesbian cinema is still woefully underrepresented, especially in a conservative Asian culture such as South Korea’s. It is therefore a small achievement to have a film such as Our Love Story released in the same year as Park Chan-wook’s The Handmaiden, a film so diametrically opposite in every way.

The story follows Yoon-joo (Lee Sang-hee), an art student preparing for her graduate exhibition. She is an ordinary college student sharing a tiny apartment with her flatmate, spending late nights eating instant noodles and waking up late for morning classes.

A chance encounter at a convenience store in which Yoon-joo helps Ji-soo (Ryu Sun-young) purchase a pack of cigarettes after she forgets her ID is the meet-cute moment of this love story. Ji-soo invites Yoon-joo to the eatery she works part-time at as thanks. The attraction between the two young women is obvious. Ji-soo, being the more forward of the two, invites Yoon-joo to sleep over at her place after a late night drinking session and makes the first move. She is also respectful of Yoon-joo’s wishes to slow down and when they do have their first sexual encounter, it is realistic in its awkwardness and earnestness. 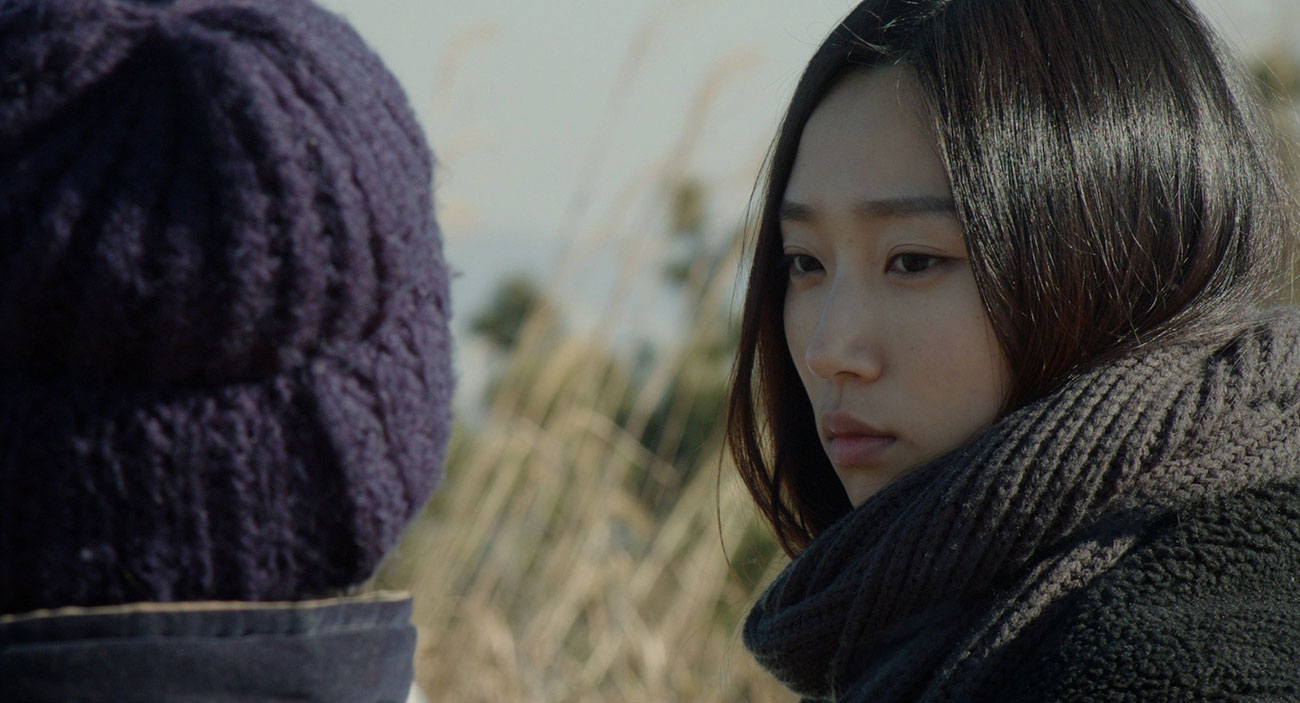 Yoon-joo is portrayed with real sincerity and subtlety by actress Lee Sang-hee, and through her restrained mannerisms we get a real sense that Yoon-joo is simply someone seeking to feel and experience intimacy. She and Ryu Sun-young have a natural rapport and although the characters they play are opposites in terms of personality, both convey the characters desire to connect to each other.

Director Lee Hyun-ju also conveys the overarching message of emotional intimacy through the understated framing of key scenes to highlight the emotional distance or intimacy between the two women. One such scene sees Ji-soo having lunch with her father after moving back in with him. He doesn’t know about her sexuality, so when a phone call from Yoon-joo comes as they are eating, the camera moves away to remove the faces of both Ji-soo and her father from the frame as she rejects the call. It’s simple but effectively gut-wrenching.

The film also comments on the lack of LGBT+ visibility in society. Early on in the film, we learn that Yoon-joo has never had a boyfriend, and her flatmate and boyfriend make comments that she needs to “meet the right guy” before proceeding to suggest setting her up with men they know. When Yoon-joo reveals to a good friend she has met someone, he bombards her with a string of questions, to which she replies, “Do you have to end every sentence with the word ‘guy’?”

The casual assumption by Yoon-joo’s friends that she is looking for a man is patronising in its own way, as opposed to simply asking her what kind of person she is looking for. This same assumption also applies to Ji-soo as her father presses her to meet a man. Although Ji-soo has a good relationship with her father, she is not out to him. Director Lee’s choice to avoid cliched expressions of homophobia are commendable and yet the undercurrent of rejection to the idea of two women together is still present. There is a way to present the hostility that marginalised groups face without resorting to graphic violence against their bodies. 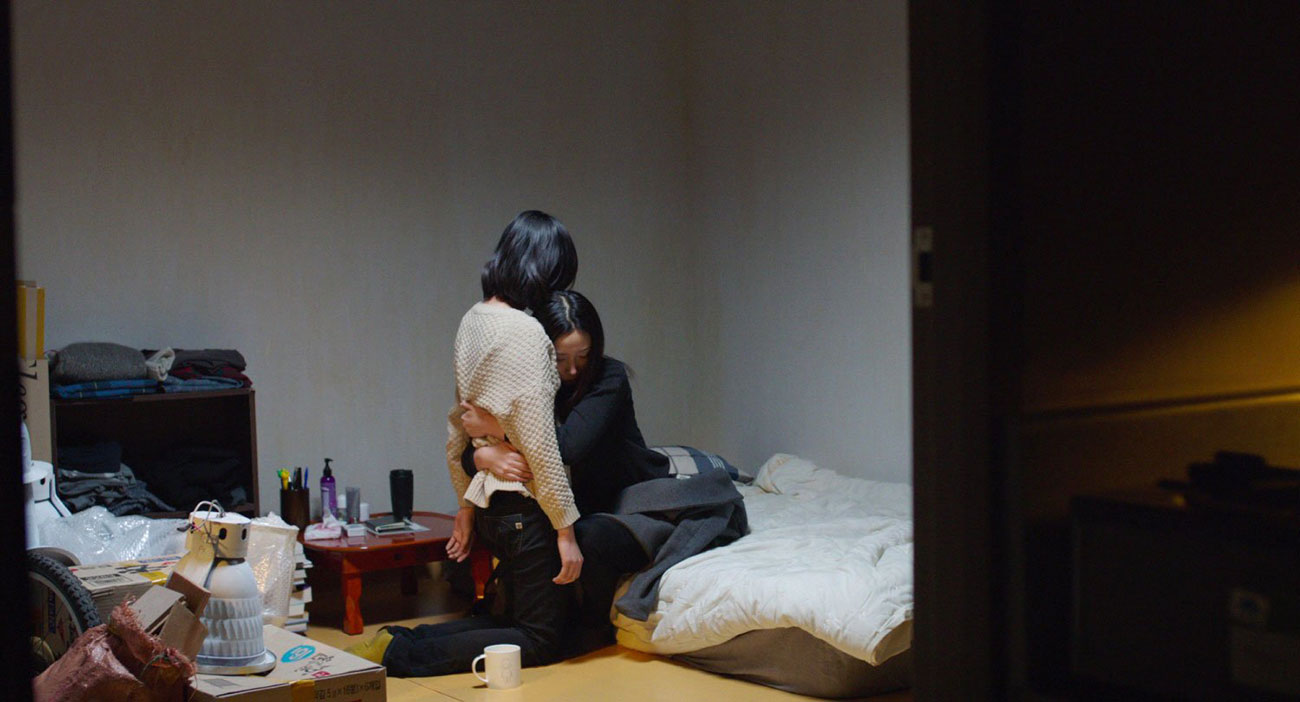 Through the exploration of both Yoon-joo and Ji-soo’s individual lives, the story also touches on the uncertainty of being a young adult. Yoon-joo’s self-doubt in her own social skills, her artistic block and Ji-soo’s struggle in juggling several part-time jobs which result in a move back home with her father, all add up to enrich our understanding of the two characters, which in turns helps in appreciating the complexity of their relationship.

Our Love Story is a compact and simple film. It is likely to be too simple for many people stylistically and narrative-wise, but it is that directness and economical use of small spaces to convey emotional distance and intimacy that makes Our Love Story effective. It is a story about the uncertainty of your early twenties, and the uncertainty of the early days in a relationship.

Sometimes, love stories can contain the giddy joy of blossoming love, crushing disappointment and bittersweet hope, all in one tiny Seoul apartment.

Our Love Story will screen at Mardis Gras Film Festival 2017 on Tuesday, February 28 at Event Cinemas George St in Sydney.