Leesong Hee-il, one of South Korea’s few openly gay directors, quickly built a reputation for his honest portrayal of homosexuality in the country with his short films and 2006 debut feature No Regret. Making its Australian debut at this year’s Mardi Gras Film Festival, Leesong continues in the homosexual melodrama romance genre with One Night and Two Days, originally released in 2012.

With each film, director-writer Leesong not only displays his strengths in minimal dialogue and controlled directing, but also sheds light on the taboo to create a compelling, and at times uncomfortable, experience. 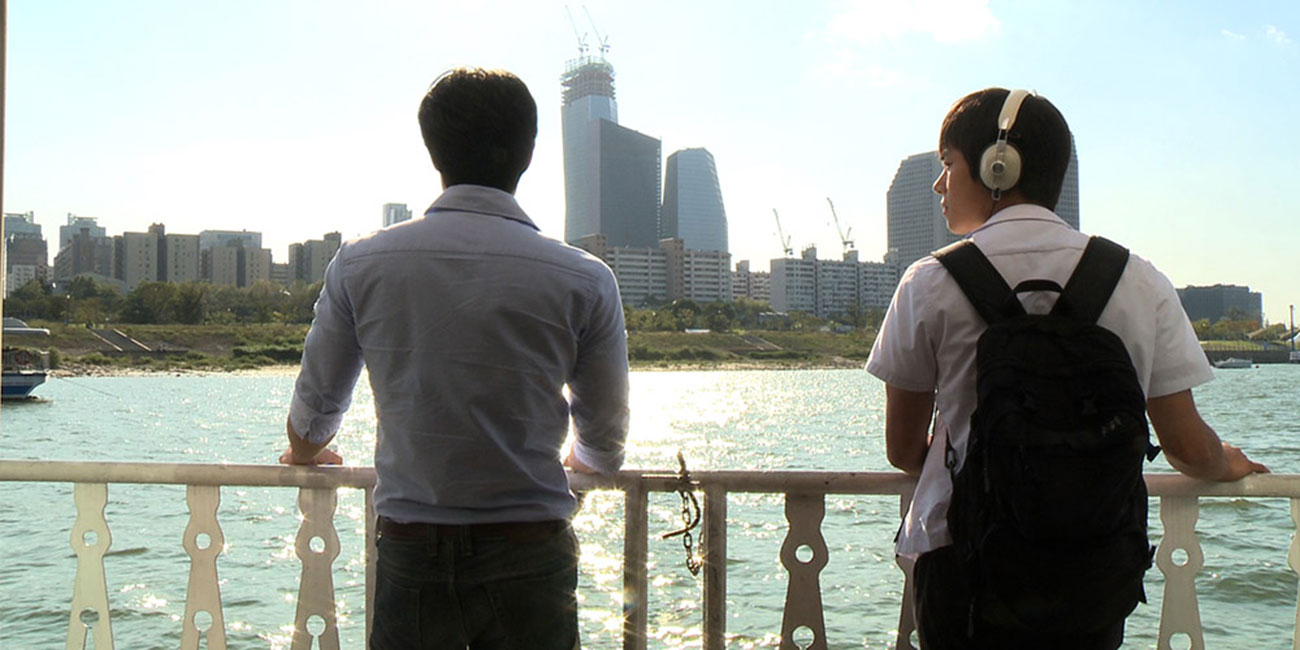 Suddenly Last Summer, the shortest yet arguably most contentious of the trilogy, encapsulates Leesong’s ability to depict morally and legally dubious situations without exploitation or even judgement. Kyeong-hoon (Kim Young-jae) is a closeted gay teacher working in Seoul. Eighteen-year-old student Sang-woo (Han Joo-Wan), who believes the teacher has shown affection for him in the past, threatens to out Kyeong-hoon unless he spends six hours with him on the Han River.

Given relatively little lines, majority of Kyeong-hoon’s character is determined by Kim’s facial performance. Kim manages to provide an appropriate amount of disbelief and horror at the situation he has found himself in, while also providing a touch of ambiguity as to his real thoughts. However, it is Han’s deeply layered performance as student Sang-woo which proves even more impressive. Minor details, from fidgeting to his style of walking, create a believable impression of an innocent and immature student merely wearing a façade of confidence and power to hide an underlying vulnerability and loneliness.

Adding to the realism of Suddenly Last Summer is its cinematography and sound design. Sans a few important scenes, a majority of the short emphasises diegetic noises, such as insects, over a typical soundtrack to immerse viewers in the humidity of summer in Seoul. Meanwhile, handheld long takes and possibly natural lighting further the intimate and naturalistic atmosphere of the film.

This largely subdued, frank approach to such controversial subject matter is Suddenly Last Summer’s most bold, and I suspect most dividing, aspect. Combined with the ambiguity of Kim’s performance, the ethical implications of a relationship between a teacher and an underage student creates a constant sense of tension with every interaction between the leads. 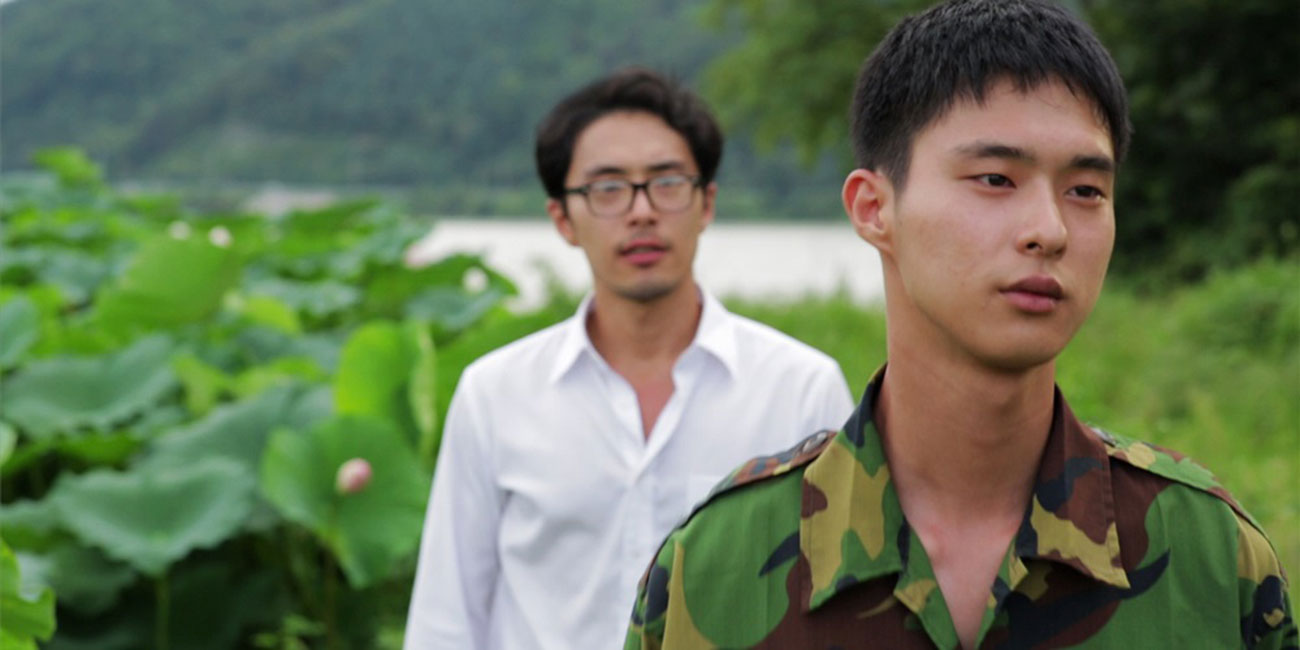 The second short of One Night and Two Days, Going South, again sees Leesong approach the borders of morality. Following a homosexual affair during mandatory military service, which can be punishable under the South Korean Military Criminal Act, Jun-yeong (Chun Shin-hwan) drives soldier Gi-tae (Kim Jae-heung) back to base. Since military service, Jun-yeong has started a relationship with a woman and denies serious feelings for Gi-tae. Gi-tae, who wishes to understand why Jun-yeong has become so distant, drugs and kidnaps his former lover as they travel the Korean countryside.

Despite Jun-yeong’s clear rejection of Gi-tae’s love and the problematic act of kidnapping, Leesong again refuses to completely villainise either character. During a particularly emotional mud-covered fight, which shows the full extent of both actors’ abilities, Leesong offers each character the opportunity to openly discuss their emotions and, perhaps, elicit sympathy.

With Going South, Leesong moves towards a more refined, varied style. Set against the vibrant green hues of the Korean countryside, a large departure from the largely muted colour palettes of both Suddenly Last Summer and White Night, Going South is the most visually interesting of the trilogy. The use of sweeping camera motions and considerate staging, where other directors would resort to standard shot-reverse-shots, extenuates the uncomfortable tension between the two leads. 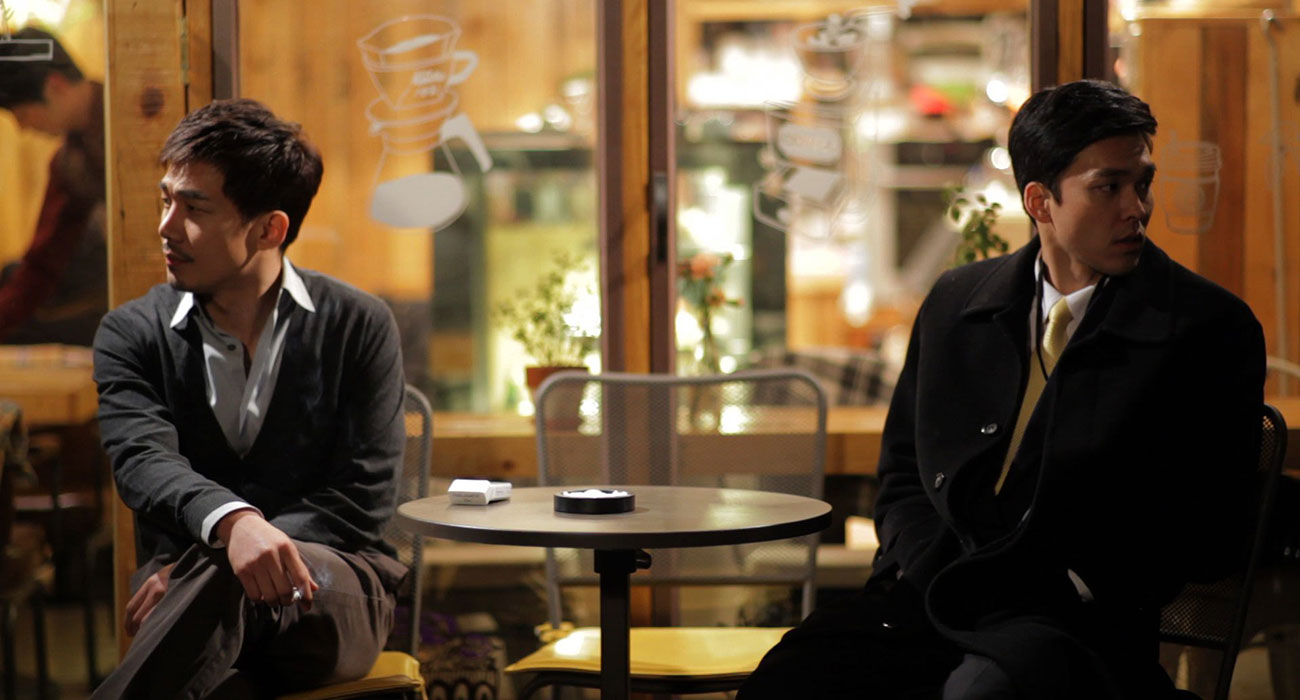 Finally, the feature-length White Night trades in ambiguous morals for a more straightforward love story between flight attendant Won-gyu (Won Tae-hee) and delivery man Tae-joon (Lee Yi-kyung). Inspired by a real incident of homophobic assault in 2011, White Night follows Won-gyu as he stops over in Seoul, where he was the victim of a discriminatory attack years prior. During his stay, Won-gyu encounters Tae-joon, who accompanies him throughout his only night in the city.

White Night continues the restrained, yet stunning, cinematography of Going South, with Leesong and cinematographer Yoon Ji-yoon elegantly employing shifts in focus and layered framing to capture the loneliness and longing of each character amongst the lights of night-time Seoul. Even when the film makes an extremely brief segue into what one might consider a thriller, with Tae-joon chasing down and exacting revenge on Won-gyu’s previous attacker, Leesong avoids the temptation to show the violence in close-up or with abundant gore – somewhat a staple of modern Korean cinema. He instead opts to tightly box-in Tae-joon, emphasising the physicality and emotion of the act rather than bloody spectacle.

Unlike the consistent performances in Going South and Suddenly Last Summer however, White Night represents both the high and low-point of the trilogy in terms of acting. Won produces a versatile performance as Won-Gyu. While the opening title scene shows that Won is more than capable at overt displays of emotion, his distant stares and mannerisms throughout the entire film create a constant, underlying air of traumatisation and alienation from Korean society. Comparatively, Lee as the hot-headed Tae-joon feels underwhelming lacking the subtlety and depth present in Won’s performance.

As proven by the minimalistic and restrained One Night and Two Days, Leesong is a director undeterred by social taboo, yet also not enticed to exploit the morally questionable. What results from such a stark depiction of homosexual relationships is a trilogy that resists judgement, with audiences instead tasked with interpreting the ethically-grey actions of its characters while being bluntly confronted with the harsh reality of homophobic discrimination in modern South Korea.