While hitting all the familiar tones as the many courtroom dramas that precede it, Lee Han’s Innocent Witness presents itself as less of a thriller and more of a human story; one that hones in on the misunderstandings of the general public in regards to autistic people. The film begins as a murder mystery, but shifts to following a pair of very different people who need to find a way to communicate in order to uncover the truth.

Soon-ho (Jung Woo-sung) is a lawyer who has left behind his work at a non-profit organization to take a job at a law firm famous for their unscrupulous clients, in the hopes of paying down his father’s debts. His life is humble; he is an unmarried 46-year-old who lives with his father and has only one friend, who also acts as a potential love interest.

As the law firm’s reputation continues to stink to high heaven, the higher-ups recruit Soon-ho to take a pro-bono case defending a housekeeper accused of murdering a man she had been looking after for 20 years. The housekeeper claims she was trying to stop the man from a suicide attempt, using gas and a plastic bag, but ultimately failed. Their altercation is witnessed by a 15-year-old autistic girl, Ji-woo (Kim Hyang-gi), who lives across the street. Her testimony forms the prosecution’s decision to charge the housekeeper with murder. 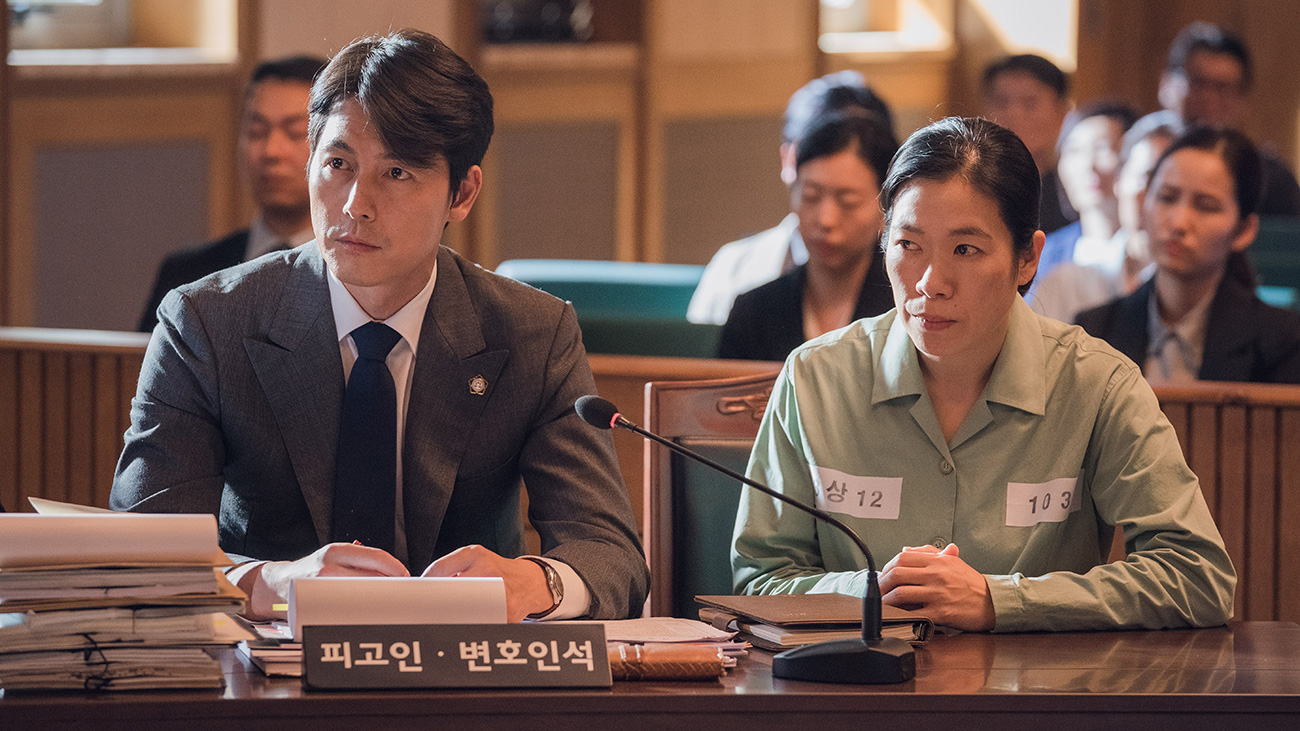 Soon-ho does not seem particularly interested in the case or the housekeeper, but he does want to impress his bosses, be made partner at the firm and earn more money. He asserts to his father that his personal life has been put on pause until he can pay off his father’s debts. In his pursuit of winning the case, he tries his very best to befriend Ji-woo with the hopes of discovering something that will exonerate his client. He also wants to figure out just how much her testimony could make or break the case. Can an autistic person’s testimony be trusted? Surely, they perceive situations differently, and even facial expressions, so how could Ji-woo know for sure that the struggle she witnessed was a murder?

Any film that chooses to heavily feature a person with developmental disabilities can choose to do so with either a great deal of sensitivity or use that character rather callously to manipulate the audience into feeling more complex emotions than the story actually serves up. Innocent Witness, thankfully, chooses to do the former but Ji-woo is also the only part of the story that deserves any attention.

South Korean mysteries such as Memories of Murder and Oldboy are beloved the world over for their intricately plotted tales, memorable characters and unforgettable style. Innocent Witness is devoid of all of these elements. Even with its third act twist, the film does not delight or surprise, but simply makes you realise it has not ended where you thought it might. The characters hardly make a play for your affection by opening themselves up to the screen but rather seem just as impenetrable by the end, particularly in the case of Soon-ho, as they did at the start of the film. Sure, the characterisation was already lacking, but Jung Woo-sung was also unable to imbue his performance with warmth; something vitally necessary in making the audience believe he was playing the man the film told us he was.

And style­­? There is none to speak of. The movie moves from scene to scene the way you would flip a page in a book; just to get to whatever comes next without any time given to the characters so that they may inhabit their worlds. Instead, it was like the camera crash-landed into different rooms at the most opportune moment and not a second sooner. Lee Han has only directed five films since 2006 and he offers nothing in this film that could you could point to and say was essentially his, and not the work of any number of filmmakers. This was not a passion project it feels like, but rather, a job. 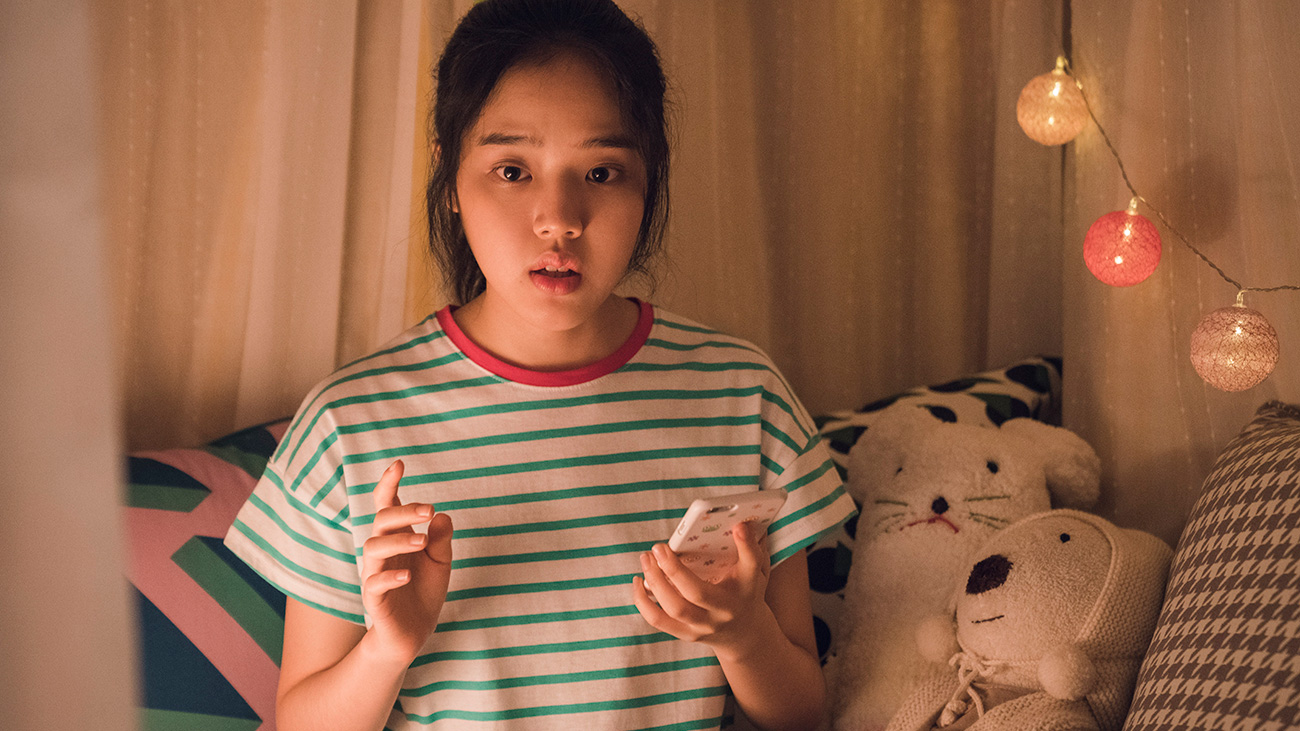 But even if Soon-ho was a dynamic character and the film was sleek, these elements would not be able to cover for the story’s poorly formed subplots and shockingly unresolved threads. The courtroom scenes in particular were, at times, infuriatingly unrealistic⁠—even when compared to the many unrealistic courtroom scenes you will see in countless films and TV shows.

But where the film does earn credit is with its honest intention to give Ji-woo an opportunity to shine. She is not merely a child placed in an unfortunate situation but a brave person who is committed to having her truth heard, even if it may not be understood. “Who could believe her?” a character asks at one point, insinuating that Ji-woo’s developmental challenges make her an unreliable witness. But the film shows us that if we take the time to understand people like Ji-woo, all the answers we need will be revealed to us. Kim Hyang-gi’s committed performance is also a high point, and while this reviewer can’t comment on its authenticity in depicting autism, it can be said that her performance remains consistent throughout, which adds to its believability.

When watching a film like this, one must ask: who is it for? Is there really an audience for a film that trots out such a pedestrian mystery? One that it hardly even seems to care for? And if its ultimate value lies in the ability to elicit compassion for people who live with any sort of challenges, and are so rarely depicted at all in South Korean cinema, then is that enough? If the film’s sole intention was to present a positive and strong representation of an autistic person, Innocent Witness would have done better to centre Ji-woo wholly, as her story was the only one worth paying attention to.