With the domestic and international success of Korean filmmaker Hong Sang-soo and the span of time that he has enjoyed this success, it’s not surprising to see his art is imitated. He has cultivated something of a monopoly on the human relationship observation genre and anyone who goes there with an inkling of his style is bound to get the inevitable comparison.

In many ways Two Nights, Two Rooms by David Cho (Jo Sung-kyu) is similar to a Hong Sang-soo film. It has filmmakers as its central characters and it’s a series of vignettes that observe the machinations of female and male relationships. The male character hopelessly just wants the females but is showed up as a weak human being and the action takes place in a quaint, quiet country town. To put the icing on the cake, there are hints of temporal distortions and it’s also funny. But then again there are many differences to this film too that make it not like a Hong Sang-soo film. Structurally it is more conventional in that it doesn’t have chapters where time is repeated; it’s a lot more simplistic and it has production values that set it apart too.

But Two Rooms, Two Nights is not a poor imitation that is going to disappoint and I think that is giving the wrong impression. David Cho has made relationship films in the past and this is his seventh feature, so possibly the comparison is unfair. This is a funny film, it is very enjoyable and it sheds light on a darker, more hopeless side of the male psyche in relation to lusting and loving women. 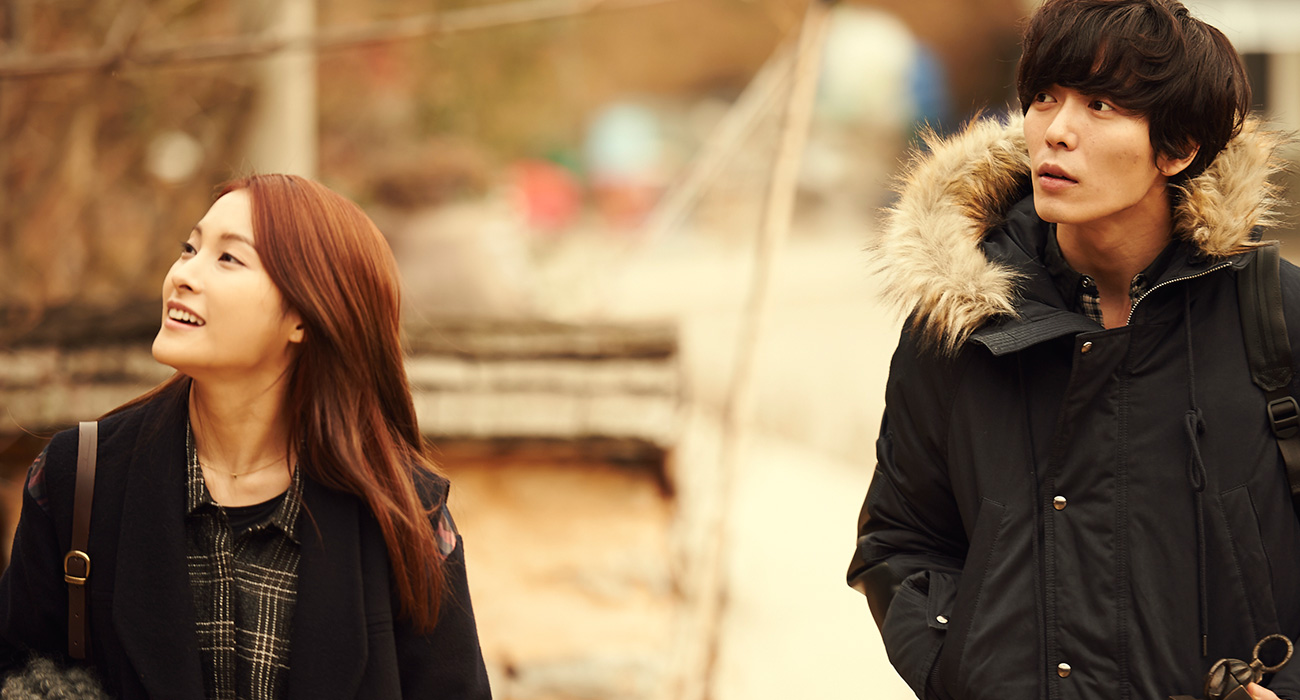 A filmmaker (Kim Jae-wook) and a scriptwriter (Chae Jeong-an) are seeing each other but the relationship is secret for professional appearances. His ex-girlfriend (Park Gyu-lee) is coming to Korea from Japan on a work trip and requests his help showing locations in a country town. He speaks fluent Japanese so of course he will be her guide, keeping their rendezvous secret from his current girlfriend because maybe his intentions aren’t exactly noble. His ex however rejects the tryst and she leaves but still has two rooms booked for the weekend. He is pleasantly surprised then when his current girlfriend finds herself free and heads up to see him. All good, no harm done?

Not quite as the ex decides to return and to his horror both women seem to have struck up a friendship on the bus. Suddenly the drama begins and the comedy ratchets up a gear. What follows is a game of cat and mouse where our protagonist tries to see both women whilst trying to keep them apart despite their adjoining rooms at the same motel. Throw in people they meet along the way who’ve seen him with the other girl and a very confused and fantastic character in the motel keeper (Baek Do-bin) and the recipe is complete. He’s a kind of zen monk who has some very strict rules around his Hanok (traditional Korean) motel and some rather weird rituals. One being the antique lock and key for each room that plays out as one of the last laughs.

There are many jokes and funny scenarios that roll out as our two-timing anti-hero bumbles and fumbles his way around town, digging his grave deeper with each lie he tells. It’s a tragic fable of lie upon lie in order to conceal his treachery and lust for female flesh. He is a truly flawed fellow.

The women are just fabulous characters: strong, independent professionals who you get the feeling are onto the situation and playing him for laughs, as the film progresses. There are some really clever scenarios and it’s kind of cute and very funny but it is all on top of some very dark commentary on the ways of the male. There are some great moments with language too — he doesn’t realise that his Japanese ex can actually speak Korean fluently until she is speaking to his current girlfriend. Having never asked about the issue and assuming, like in the past, that she couldn’t his coming to terms with this ‘lie’ makes for some good comedy (all at his expense of course!). 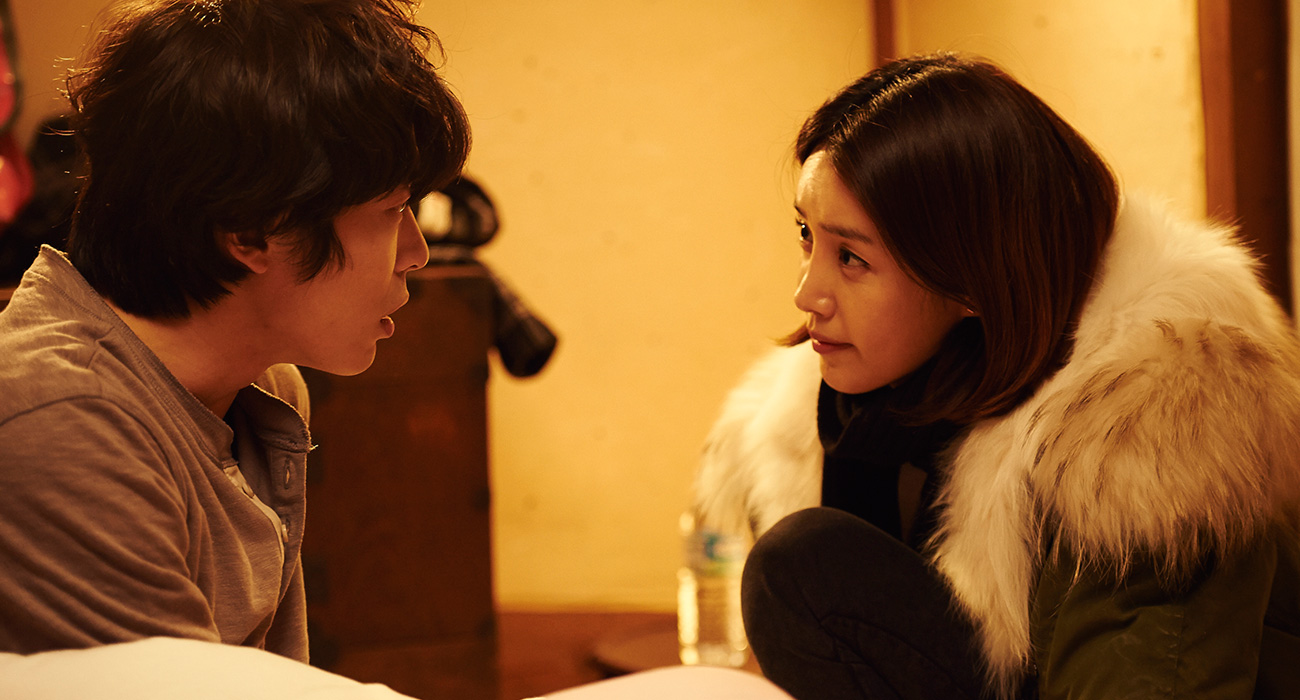 Two Rooms, Two Nights had its World Premiere at the Busan International Film Festival this year but should be a fresh addition to the local box office when it is released. It is really a very clever, tightly woven farce where you know that nothing good is going to come of our poor man as he squeals and squirms in an attempt to maintain his cool machismo.

David Cho has done so much more than attempt to imitate a Hong Sang-soo film; he has extracted fine performances from his cast and has really carved out a fine and most enjoyable film. It’s such a delight to see the women play with this man like cats with a mouse; really quite torturous but so, so funny.