This is not gay Paris, though there is a violent homophobic scene. This is not romantic Paris, although it is touched on in a ‘happier times’ flashbacks. This is a brooding, moody, seedy, atmospheric Paris seen through the eyes of the dispossessed and desperate homeless of the iconic city. This is a surreal journey of love lost, lust declined and a seemingly endless search.

A Korean couple is honeymooning in Paris, a strange land with an exotic culture and so much to see. She (Paeng Ji-in) experiences the rush of the city and expresses it in a lusty curiosity and fascination of its red light district. He (Cho Jae-hyun) meanwhile is just so happy to be with his young, beautiful wife. Together they explore the laneways, back street cafes and of course each other; a dash of excitement, a taste of sexual adventure, a brush with forbidden fruit — what could be a more perfect start to married life? Paris has a well earnt reputation as the Romance Capital of the World and these two are here to indulge in it. 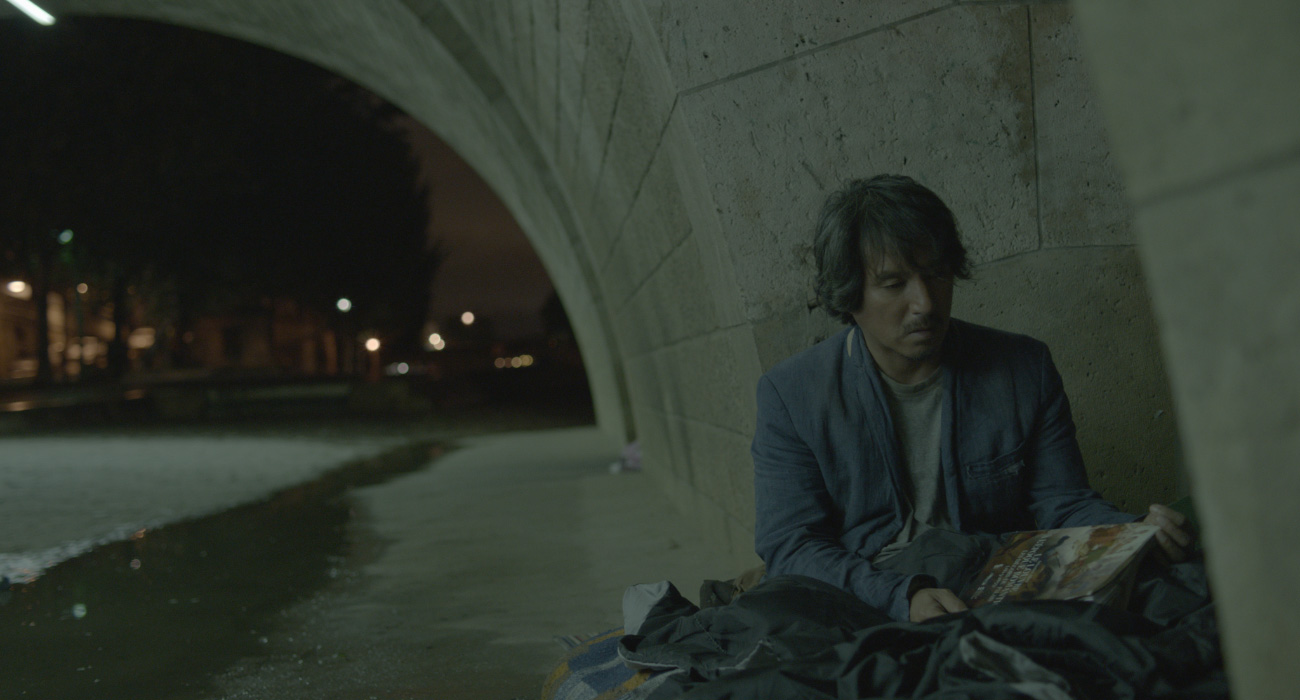 Well, that all turns sour when he returns to a café from an errand only to find she is not there. And with no amount of searching can he find her or even a clue of her existence; she has literally vanished. Was it connected to that van parked outside the café? Has she returned to the hotel room? Thus begins his descent into the darker side of life in Paris and the film’s eternal fruitless searching.

But we find this out through flashback after being thoroughly imbued in Sang-ho’s heavy drinking, daytime desperation and his nocturnal determination to seek what’s under every rock of Paris’ seedy red light districts. He stops by every Asian prostitute he can find to ask them not for sex but about the whereabouts of his wife. Clutching his A4 photo ID of her, he is somewhat tolerated and seems to be well known. This ritual has been going on for a while, maybe years. The search is the journey, it takes us places and introduces us to all types of characters in a deep trawl through the dirt and darkness of Paris. He’s a complete stranger in a strange land with a desperation that drives him and keeps him moving. He believes his wife has been abducted into the life of a sex slave. 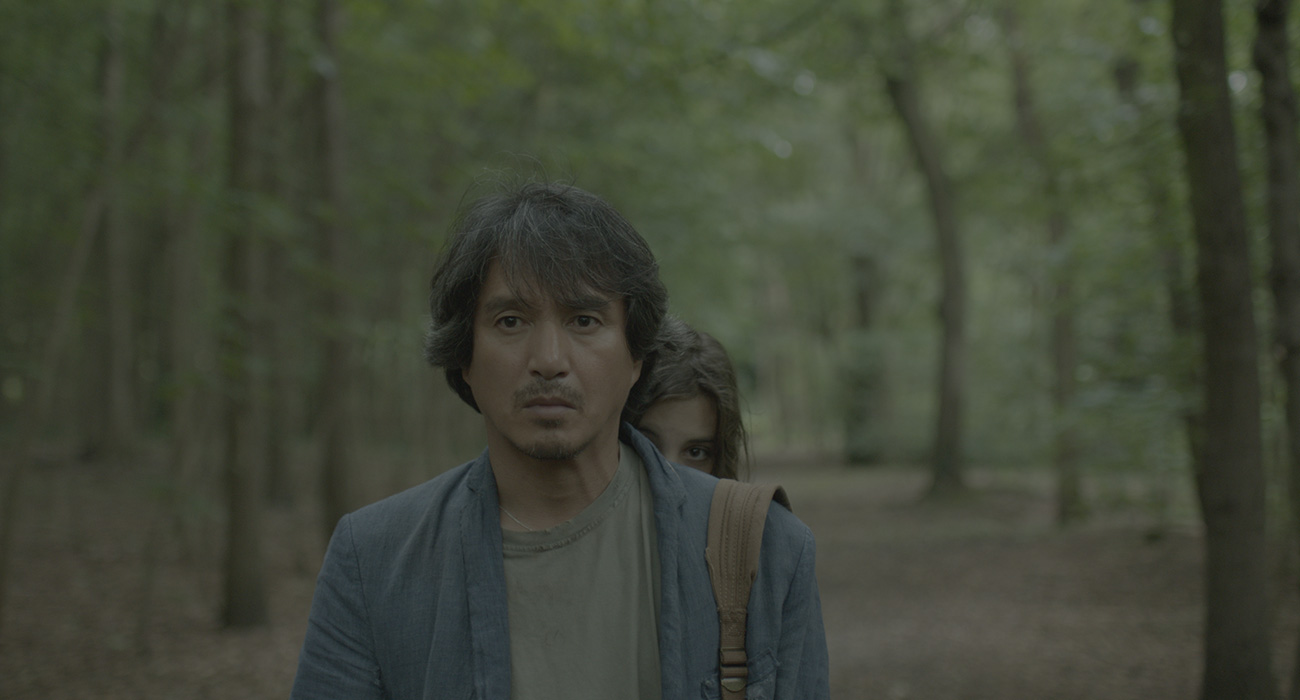 Cho Jae-hyun plays the husband Sang-ho and is an actor of notable repute, having served many times with Kim Ki-duk including playing the father in Moebius. He progression is subtle in this film but it certainly is not one note. With little to no dialogue on the street he must portray his journey through his body, a technique he honed well in Moebius and uses well once again in this film. On his endless search he comes across a fellow Korean and they strike up a friendship even though she’s the very thing he fears his wife has become.

They both find relief from reality in their connection. She finds hope in a man who sees her as more than just a sexual object but he destroys all this in the end by wanting her body, just like all the others. Although his offer is backed with good money he has stolen, she is distraught at the thought and rejects him. This results in an unexpected aggressive outburst of violence from him and has us now questioning whether he may be involved in his wife’s disappearance. 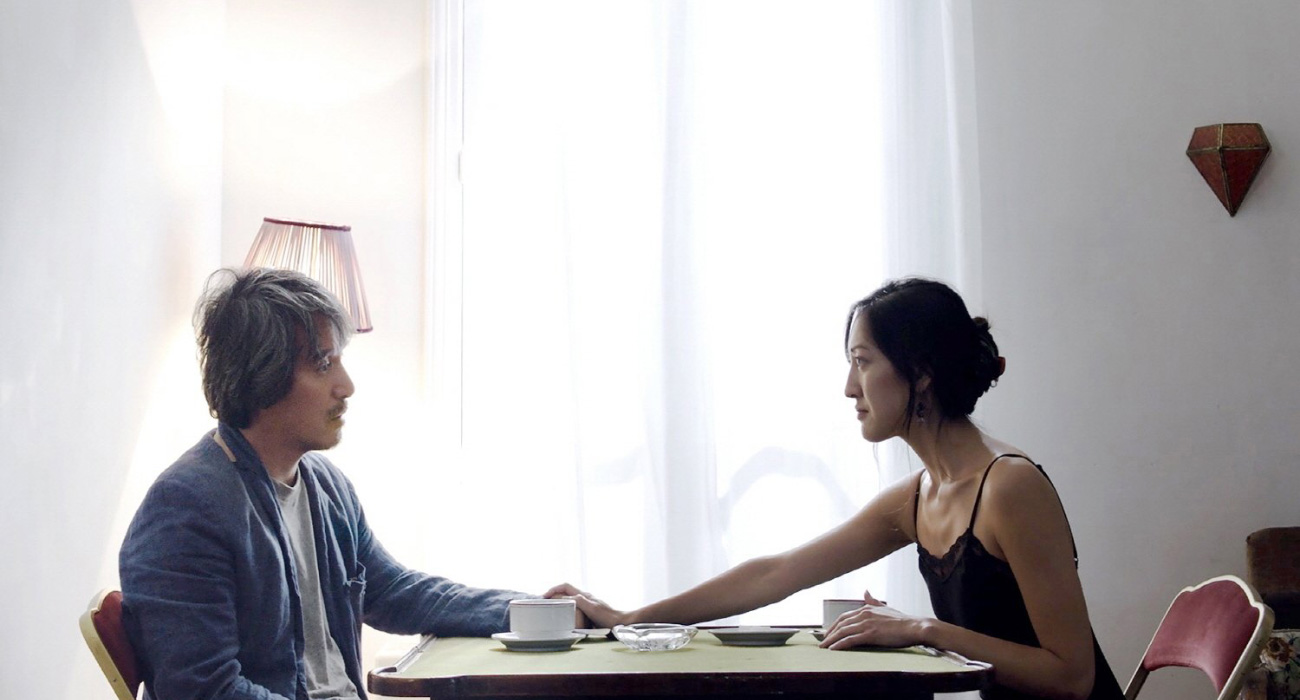 Mi Kwan Lock plays this prostitute character and she gets more screen time than the wife. Her character is a welcome relief from the heavy presence of the husband forever searching on the streets. She delivers some dimension to the endless roll call of nameless call girls we encounter based on her character’s interactions and hopes of a friendship with Sang-ho. But she also demonstrates this dimension in one cold, clinical client encounter that puts us in no doubt of who and what she is.

The film changes gear when finally someone recognises his wife, confirming that she indeed works the nights and they met her in Marseilles. So he leaves the city and travels south. Now, even more time, space and reality become increasingly blurred in a series of encounters with fellow outsiders he meets along the way. Did he really spend a wild night hospitality with a band of Gypsies? Where is this van full of men from North Africa going? And what are they doing here? As his mission becomes clearer his world becomes less sure. 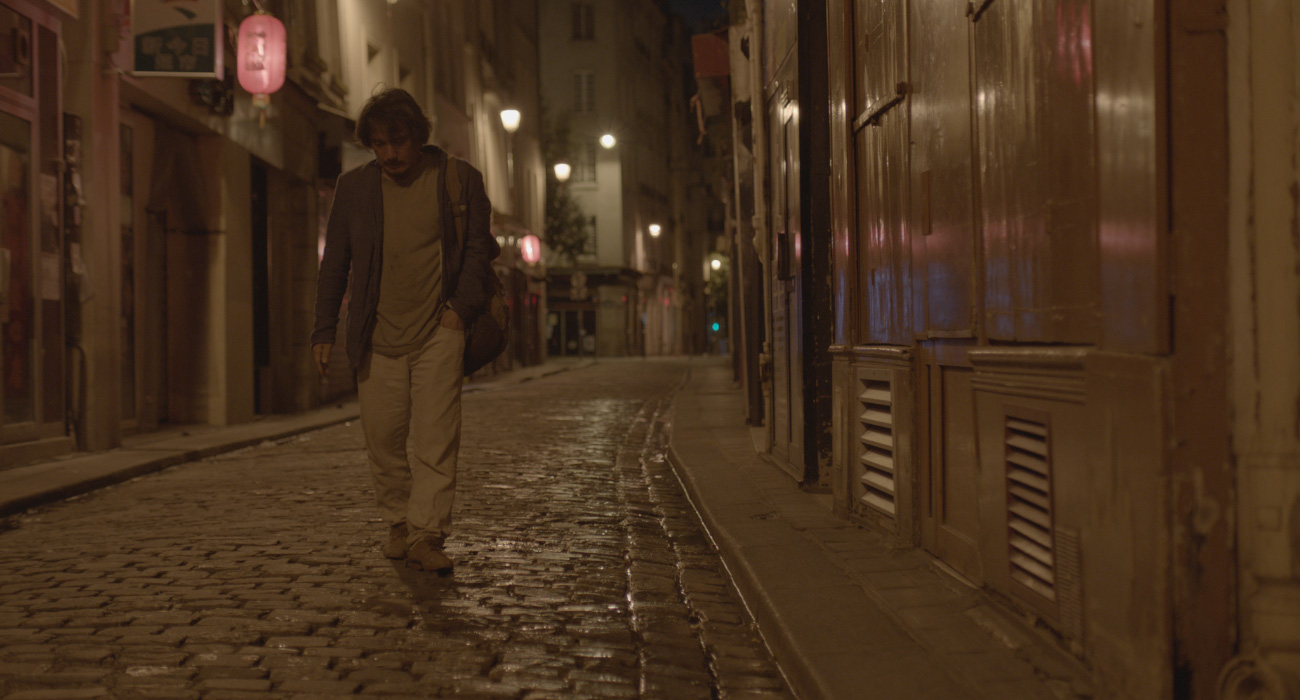 A Korean in Paris is a film of open ends, many unanswered questions and absent details. If you crave answers and surety in plot then this film will frustrate but if you enjoy gliding through a lush representation of the ether of life, where all is not immediately apparent and sometimes not at all, then there is plenty in this film. Even when questioned about specific details from the film, the director is just as evasive. “Did he meet his wife at the end of the film?” was the question and the answer was, “Maybe he did? Maybe he didn’t? What do you think?”. The same response for the van of North Africans, “What were they doing?”, one person asks. “Maybe they were listening to a soccer match? Maybe they were doing something else?”.

A Korean in Paris is not a place for answers but it is a journey of insight and impression that lifts the lid on a side of life that maybe has no apparent answers. It is very confident in it’s ambiguity and director Jeon Soo-Il delivers an assured performance that matches his cast’s fine portrayal of alienation in a foreign land. A true art house flick set in the true art house city.