Jo Byeong-man and Kang Kye-yeol have been married for 75 years, and are still completely, transcendentally in love with each other. Despite their advancing ages (Jo is 98, while spring chicken Kang is 89), they still live unassisted in their remote home in the mountains, where they cook, gather firewood, have snow fights, and sleep with their hands entwined. But Jo has been struggling with his health, and as his physical capabilities decrease, they must face the inevitable fact that they will one day soon be parted forever.

Director Jin Mo-Young, a first time feature filmmaker, spent nearly two years documenting Jo and Kang’s lives together to make My Love, Don’t Cross That River, a naturalistic and highly touching film that has fast become the highest grossing Korean documentary ever made.

Having toppled the likes of Christopher Nolan‘s space epic Interstellar and the Stephen Hawking biopic The Theory of Everything in its first week where it emerged as number one at the Korean box office, the film has also just won the Best Documentary Award at the Los Angeles Film Festival and will be screening at the 2015 Melbourne International Film Festival. 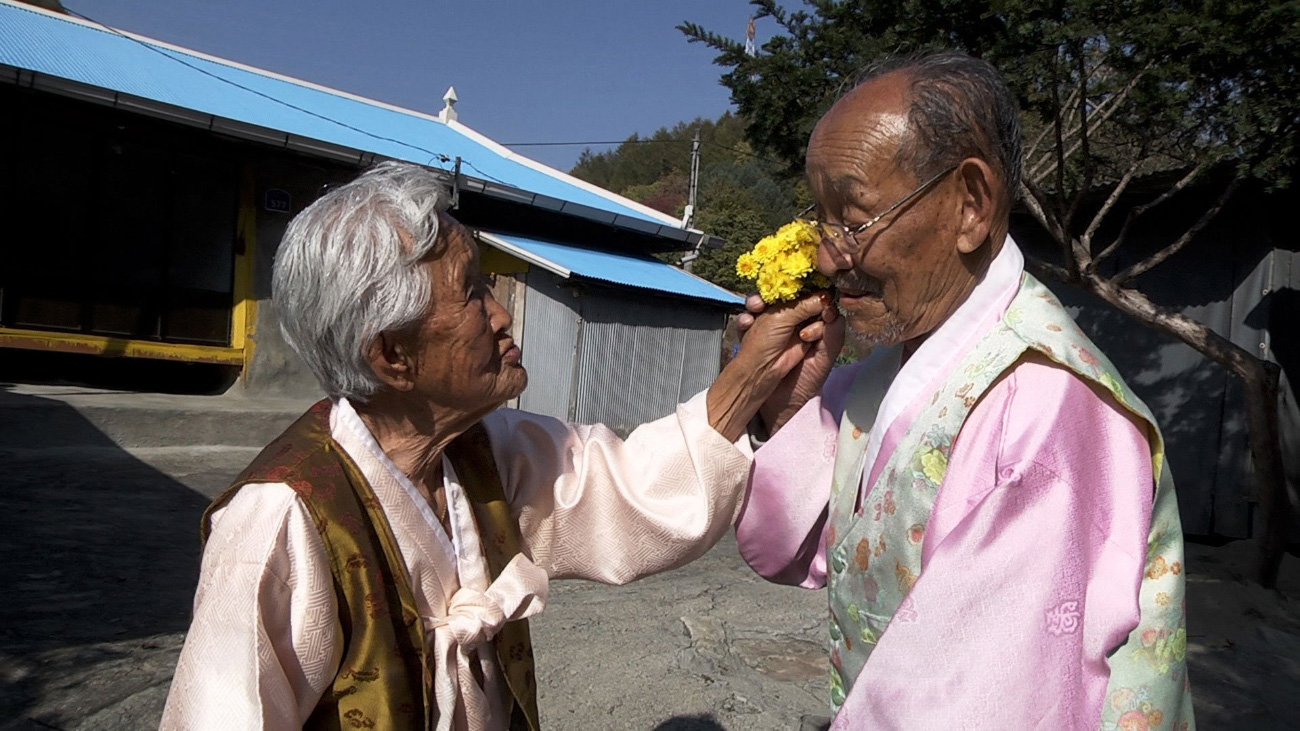 Chatting to director Jin via email, it was revealed that he had first encountered Jo and Kang through a television program that had screened in Korea.

“I watched the TV documentary on them in 2012, and it was a big shock to me — how had they kept so lovely a life for so many years? The television documentary was really beautiful and well made, but I was sure there would be something more. So, I visited the couple the next day, and started to look for the ‘secret’ of their love,” he said.

As the film lays out, that ‘secret’ is revealed to be a combination of love, understanding and communication. It’s particularly touching when Kang speaks about marrying Jo at such a young age, and as their marriage was organised between their families she did not know him terribly well and spent their first few years together calling him ‘sir’. To hear their story together, through growing love, children, family tragedy, to now their final years, it is clearly one that warranted a film.

Jin however struggled to find backers when he initially embarked on the project.

“Most of my colleagues and friends were not sure of this project, because they were already famous thanks to the TV documentary,” he said. “So, for the first 10 months I started shooting, I had no budget at all. But, I believed that their story was worth being shared again if I succeeded in unveiling the secret.” 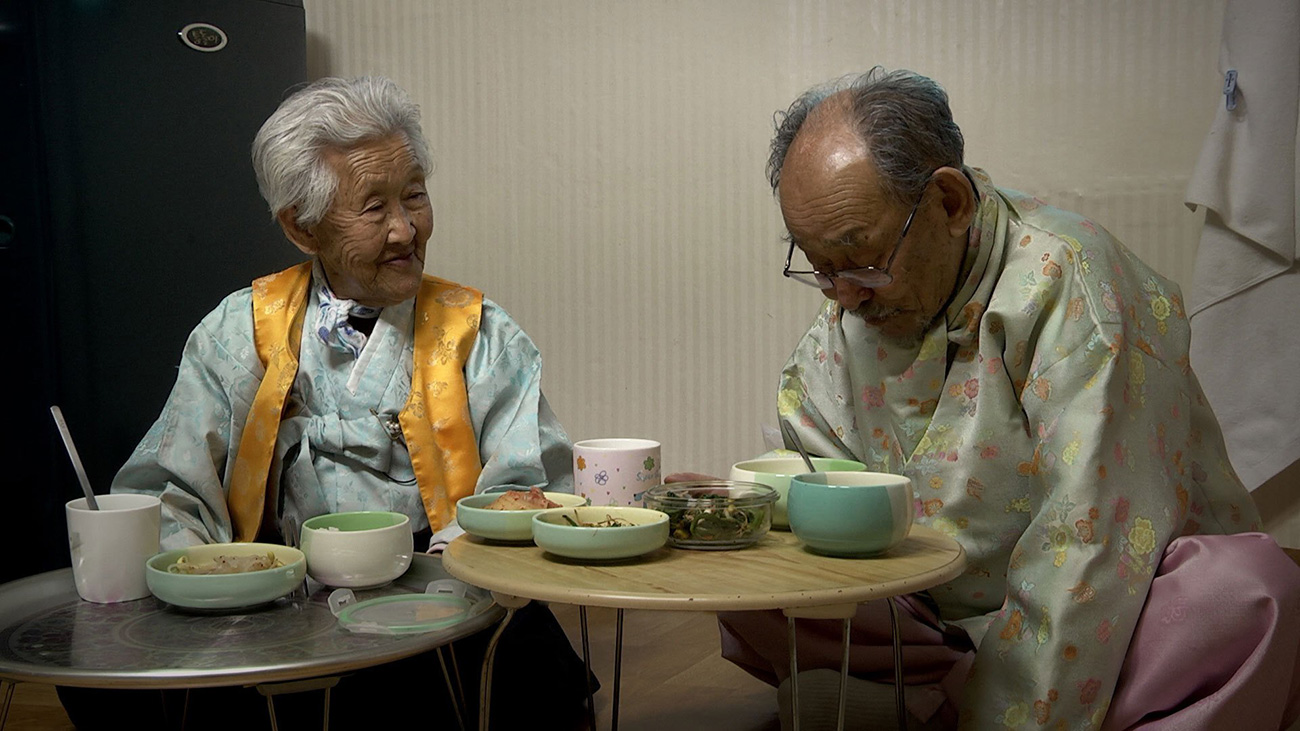 Those who eventually came on to support the film must have been ecstatic with the enormous box office profits, something that Jin did not anticipate at all.

“I just would have been really happy even with [an audience of] 100,000, which is quite a big number for an independent documentary film.”

What is particularly striking about the structure and feel of the film is that it is strongly observational, the sort of effect that is achieved only when a filmmaker has spent an extended amount of time with their subjects and the camera becomes a part of their lives — something they are no longer constantly performing for. There is also, crucially, no narration or outside voice over-riding what the viewer sees.

“I made every effort to be a ‘fly on the wall’ while I was shooting,” said Jin. “So, I wanted viewers to feel as I did. Fortunately, 400 hours of footage was enough to be edited into 86 minutes of film without any intervention of a narrator.”

The success of the film means that Jin could feasibly do any film he likes, and he is currently continuing in documentary work, filming for the past year on a film about “a defector from North Korea with the working title of ‘Stranger’“.

“He is working as a Meoguri, which is an old-fashioned diver, wearing 50kg metal and bronze headgear, depending only on a single oxygen line, and he catches sea products underwater. This film is a portrait of our society seen with the life of a defector from North Korea, a stranger in the South.” 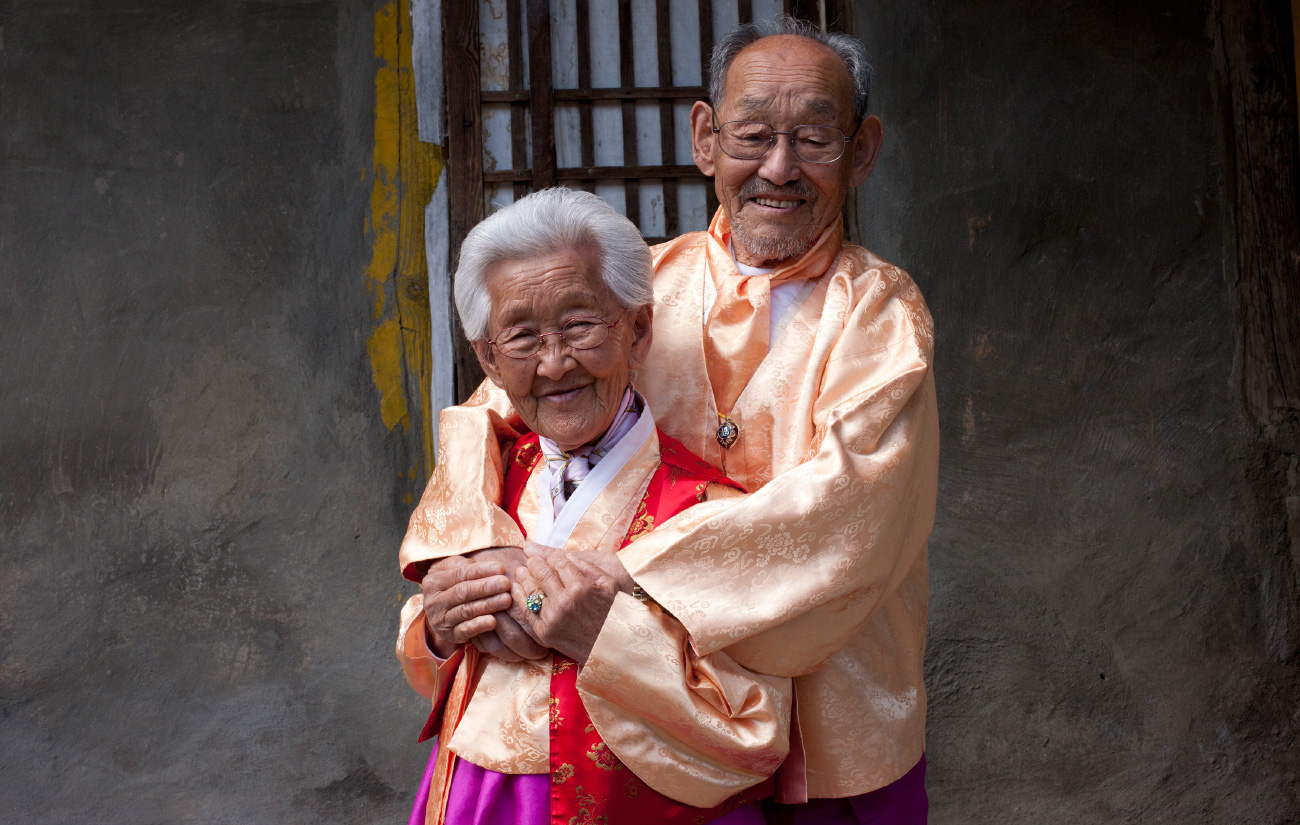 Yet it will no doubt be difficult to move out from under a debut film that has so deeply emotionally affected many people.

For my own screening of My Love, Don’t Cross That River, I was burdened under the weight of the recent grief of one of my own grandparents’ passing, ending a 70 year marriage that had been the backbone of our family. I was concerned that the film would be too much for me to bear, and indeed seeing Kang and Jo’s love expressed on screen, their quiet devotion, great humour and playful interactions that all spoke of a life well lived together had me in tears from the get go.

That Jo and Kang are extraordinarily cinematic is immediately apparent, but their story wouldn’t have the clout it does if it wasn’t for the careful, unobtrusive but meticulous camera wielded by Jin. As the lights came on over the credits and I returned from intense emotional introspection, I looked around the cinema worried that my sobs had disturbed other patrons. But every other person had tear marks trailing down their faces.

As for Jin, his interpretation as to why his film has elicited the reaction it has is poetically simple.

“I think great love is like a great mountain. They made this great mountain with billions of tiny dust particles accumulated from every moment of their lives.”

Director Jin Mo-young and producer Han Kyung-soo will be in attendance at the Melbourne International Film Festival and will be present for the My Love, Don’t Cross That River‘s first screening on Friday, July 31 at 1.30pm. Tickets to this session are selling fast. A second session on Sunday, August 2 at 4.15pm is currently on standby.