“I look at diverse people. I see them and I like them all. Then I start making food for them.”

Im Jiho is a celebrity chef in South Korea who is celebrated for making tasty, healthy food out of what other haute cuisine chefs would turn up their noses at. His cooking is based on his encyclopedic knowledge of foods that can be foraged in wild forests, along seashores, even on the verges on the side of the road in a country village. While Im has a famous restaurant that serves up haute cuisine interpretations of his knowledge, he is equally adept at making simple, homespun dishes that draw on regional techniques.

Though some of Im’s pronouncements about the various medicinal properties of the plants and herbs that he gleans may strike some as smacking of pseudo-science, it’s clear from the reception that his food receives from diners that it wows tastebuds and has entirely changed some people’s relationships to food. He is clearly a household name for a reason, and The Wandering Chef aims to bring viewers into a more personal understanding of Im’s drives and inspirations – and they transpire to be more familial and painful than you may have anticipated. 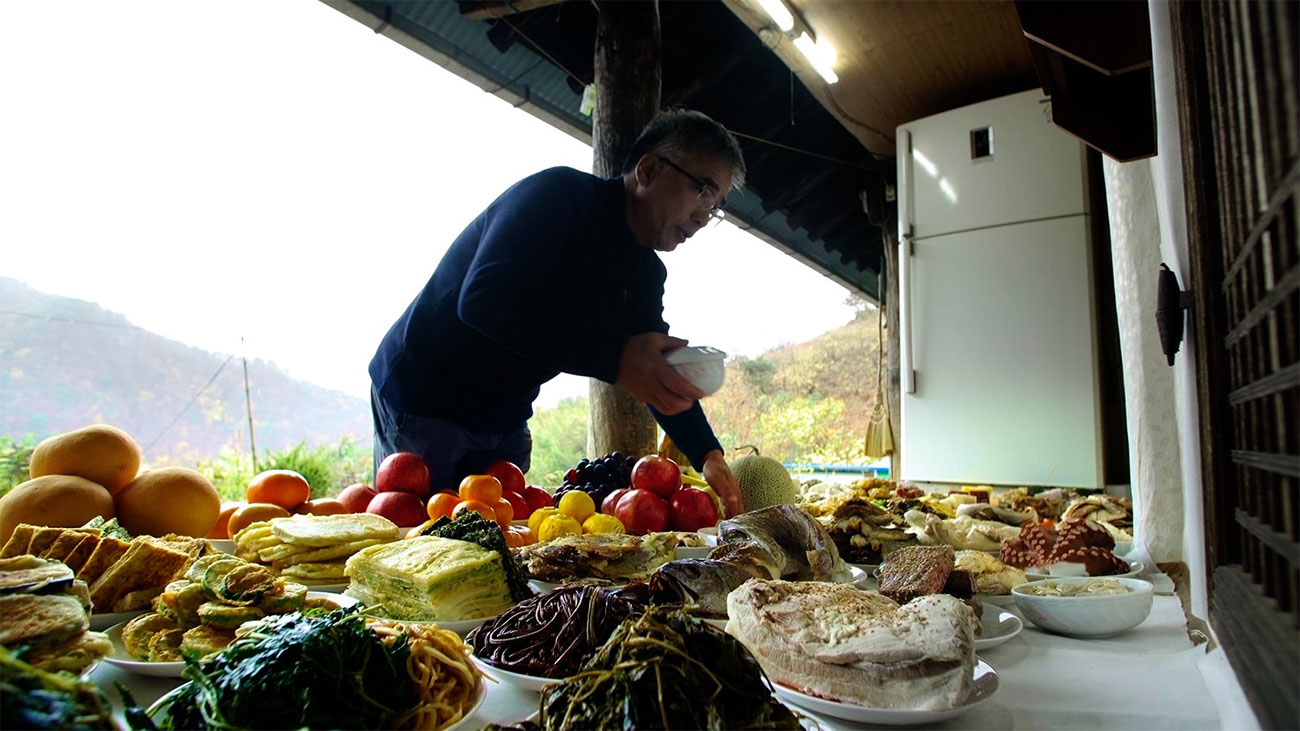 Director Park Hye-ryoung has established a long career in documentaries for television, including a long-running series focused on Im of the same name as the film’s title. Her familiarity with her subject imbues this film with a sense of comfort that simultaneously skates over some of the nuances in Im’s story for those who may be unfamiliar with him, which provokes some frustrating moments in the film’s early stages. But this intimacy provides the film’s climax and latter half with some serious gravitas as the narrative pivots from a simple story of a famous chef into something more moving and contemplative.

Central to the film are the friendships that Im strikes up with people he meets along his foraging travels, especially the elderly. Chef Im seems to take a real interest in elder people, not just in their knowledge of food but in their company. One particular friendship is with Soon-gyu, an older woman who lives in a rural village with her husband, and whose first interaction with Im is to offer a bowl of soup. Intrigued by her homestyle cooking, the chef returns both to cook for Soon-gyu and her friends and family, and to learn from her perspectives on cooking and life.

What Im collects for his dishes often looks unprepossessing – much of which appear, at first glance, to be literal weeds. But it’s clear that nourishing food can be concocted out of what he finds. There’s a charming sequence where Soon-gyu discovers Chef Im plucking moss off rocks, and she radiates suspicious skepticism at his attempting to make anything edible out of “stone’s clothes”. Yet she is bowled over when Im brings her a bowl of moss soup and it turns out to be delicious. Im himself glows radiant at her cheekily reluctant admission that perhaps he was right, the praise visibly affecting him. 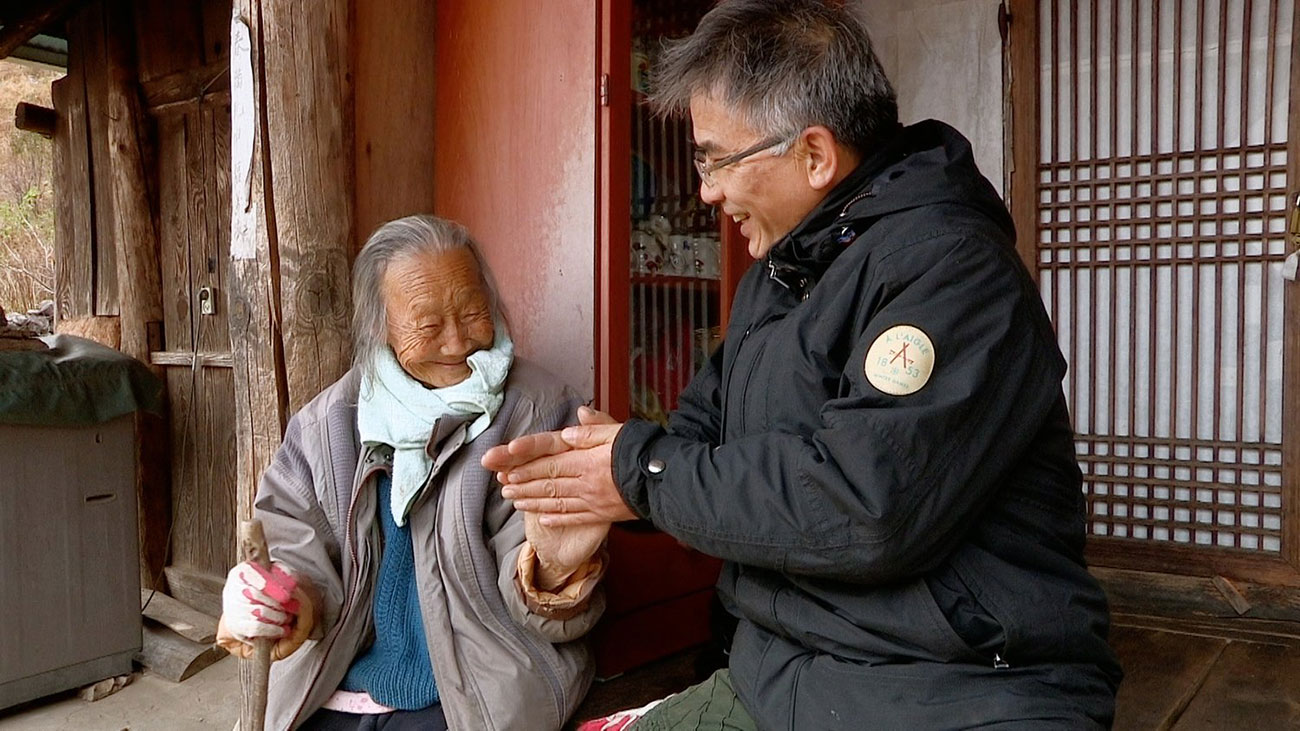 The first half of the film ambles along pleasantly, with Chef Im visiting his elderly friends, cooking for them, listening to stories and asking advice from them. The mood turns, however, when a tragedy befalls one of his beloved senior ladies, and in mourning Im decides to undertake a gargantuan cooking feat in order to express the depth of his grief. It becomes clear that through this act Im is not just memorialising his friend, but all the maternal figures in his life who have gone before.

If you are looking for an airy exploration of a celebrity chef’s cooking ethos, this is not the film to deliver something so rudimentary. This is less the story of a chef than an exploration of our emotional relationships to food, and how food is so often used as an extension of our feelings for friends, family, and those others that we love. Food can serve as a means to express and attempt to process emotions as engulfing and indescribable as love, and grief. Im began his cooking career in memory of someone important to him – it seems fitting that this film winds up documenting his efforts at memorialising those who affected him most via food.

While it’s filmmaking style is simple, the emotions carried by The Wandering Chef build up accumulative weight. What begins as a fluffy culinary hagiography slowly morphs into a serious and raw reflection on the cyclical nature of life and grief, living with regrets and attempting to express that which cannot be easily summed up in words. When Im finally surveys the dishes upon dishes that make up his enormous mourning offering, the chef seems deflated – even this great achievement does little to ameliorate his overwhelming sorrow. The person this banquet is for is absent, and their space in the world cannot be filled by even the fanciest or technically arduous of dishes. Skill can bring fame and respect, but as the The Wandering Chef proves even the simplest bowl of soup can be life-changing if it is made, offered and received with love.