From my observations as a female 90s kid,  it always seemed as though my generation largely never fell out of love with Disney Princess films, even as we grow well into adulthood. Perhaps it’s the sense of both change (often in terms of representation for Women Of Colour and gender roles) and consistency they bring. Despite spanning cultural and historical settings, these stories still often share a defiant, yet naive, heroine and carry moral lessons that can apply to the real world (even if some are of questionable quality). Making her feature-length directorial debut, female writer-director Jeon Go-woon applies these genre staples to modern Korea with Microhabitat (or more fittingly ‘Little Princess’ as it is known in Korean). It’s a tale of urban living for adults, giving audiences much to reflect on in their own lives thanks to some rather prominent observations of personal freedom and gender.

Living in a tiny apartment in Seoul, 30-something maid Miso (E-som) lives on a carefully managed budget divided between her vices (alcohol and cigarettes) and necessities (medication and rent). Confronted with a price hike on all goods, Miso must choose what to prioritise. Deciding on booze and smokes over accommodation, Miso collates a list of former bandmates and friends she can stay with, setting off a number of realisations about the world outside of her self-created microhabitat.

As Miso migrates from one home to another, Microhabitat‘s main concern becomes abundantly clear: the repressive societal expectations of modern Korea. Each situation Miso finds herself in is tinged with humour and exaggeration, yet still represents the harsh realities of Korean life. Case in point is Miso’s first visit to ex-bandmate Moon-yeong (Kang Jin-ah), an office worker who attaches herself to an IV drip and discusses how she needs to work harder to get an even “better” job. It seems heavy-handed and excessive at first (even if, surprisingly, IV drips for workers are not unheard of). But, given the film’s almost episodic structure and Miso’s nomadic journey, Jeon’s storytelling approach works in efficiently condensing a variety of Korean experiences into one narrative. 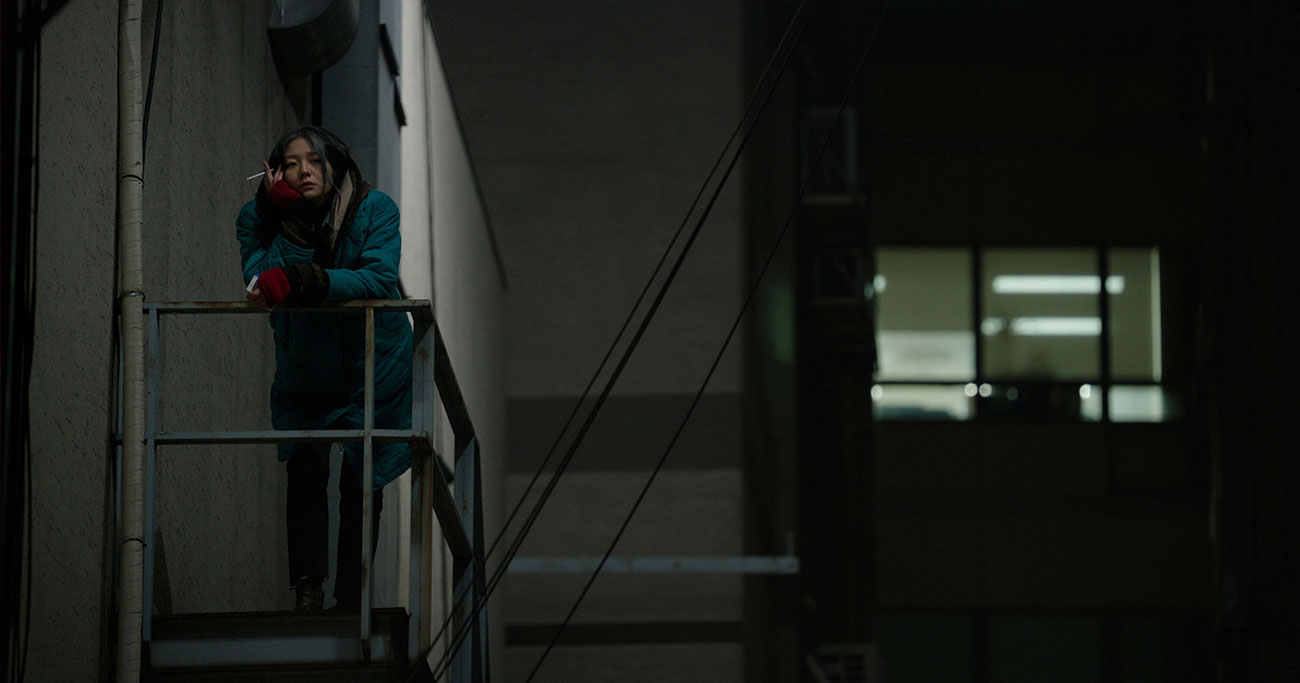 From this point forward, Microhabitat narrows its focus to examine how both men and women are expected to fulfil certain familial roles. For the remaining female band members on Miso’s list, the roles are somewhat expected. There’s Hyeon-jeong (Kim Kuk-hee, who imbues her role with a grounded realism and warmth the other ex-band members lack), a keyboardist-turned-wife who feels trapped by her husband and family-in-law who crush any hopes of independence as they demand she “shut up and cook”. Then there’s Jeong-mi (Kim Jae-hwa), a former guitarist and now mother who hides her dissatisfaction with parenthood (“Having a baby is the one and only suffering in a person’s life” she cheerfully exclaims, before correcting her choice of “suffering” to “blessing”). For Jung-mi, the impact of a child on one’s life is such that she describes it as both a “penance and religion”.

When Jeon turns her critical eye to the expectations society and women put on men, she is just as sympathetic. Dae-young (Lee Sung-wook, whose blubbering meltdowns are both genuinely sad and slightly funny) is so traumatised by the shame and financial burden of his divorce he thinks he is “allergic to women”. Even Miso, for her all her defiance of social norms, inadvertently abides by socially-set notions of masculinity when it comes to Dae-young, calling him “biologically a man, but psychologically a woman”.

Jeon also flexes her ability to manage tone with the story of Rok-i (Choi Deok-moon), who is pressured to marry Miso by his mother (veteran Lee Yong-Nyeo, who pulls off her brief role as elegant matriarch effortlessly). The control of his mother over his romantic life leads to some of the film’s more overtly (yet never jarring) comedic moments. This includes a family performance for Miso where cinematographer Kim Tae-soo’s camera glides from the seated men of the family playing accompaniment instruments, up to the standing mother on vocals (Rok-i’s former band position), before finally settling on an uncomfortable Miso, her body awkwardly clapping and swaying while her eyes beg for escape. 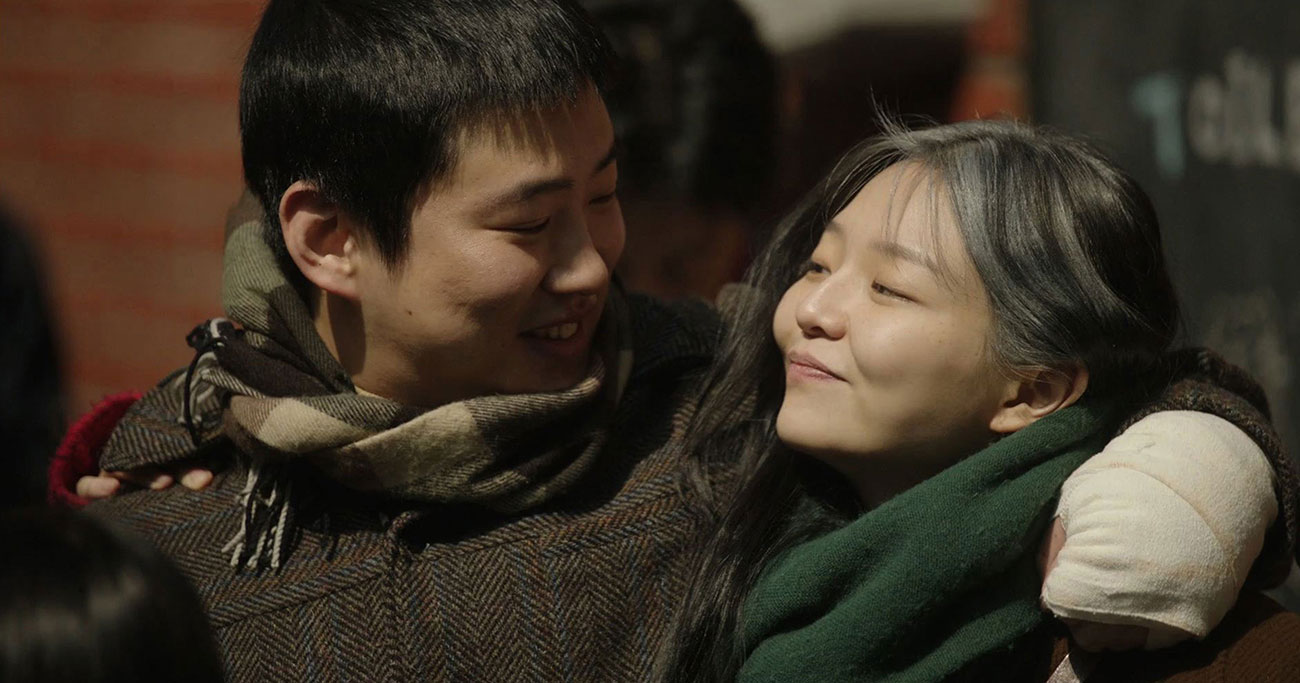 At this point it might come across as though Microhabitat uses Miso and her situation as merely a vehicle to check off criticisms about Korean life. But thankfully our main character is not completely lost to the film’s overriding commentary, with Jeon skilfully creating an empathetic hero who stands as a character on their own while contributing to the film’s broader message. Sure, she initially comes off as naive in her defiance to give up her vices for stability, but the ever-sympathetic Jeon portrays this trait as positive rather than pitiful. For instance, Miso naturally possesses all the cooking and cleaning skills others see as ideal for the domestic woman to have (“Women don’t need to do anything else [but cleaning]” exclaims Rok-i’s mother at on point). Instead of using these skills to adhere to societal standards, she uses them to connect people together and express gratitude, reminding those who did become trapped by their social roles of the kindness and independence the world still has to offer.

Alongside Little Forest (which also tells of a young woman who resists the pressures of Seoul life), Jeon’s darkly-comedic and socially-conscious Microhabitat joins a seemingly growing number of small-scale, female-created films unafraid to denounce and subvert society’s measures of success. In the case of Microhabitat, Jeon’s campaigning for individualism and compassionate treatment of those inhabiting any gender, familial role, or economic status shows a humanist attitude that I hope continues in films to come.