What ‘Little Forest’ gets so right about women, food and relationships

There’s something so fulfilling about watching food go from raw produce to a cooked meal that’s shared and enjoyed by people. Director Hayao Miyazaki understood the inherent simplicity of using food as a way to establish relationships with his vivid depictions of animated food, as do most Japanese slice of life dramas. South Korean director Im Soon-rye also understands this intimately, if her work in Little Forest is anything to go by.

Directed by South Korea’s leading female director, Little Forest is based on a Japanese manga which has previously been adapted for screen in Japan. Having never seen the films or read the manga, I watched director Im’s take on the work as an original piece of work. Her previous work has often been politically charged, often dealing with heavy themes; the slice-of-life narrative provided in Little Forest is an unexpected change of pace. Yet despite the lack of conflict, easygoing nature and lighter themes, it is no less than any of her previous films for its keen observations of people, relationships and society.

We follow Hae-won (The Handmaiden‘s Kim Tae-ri), a twenty-something who has returned from Seoul to the tiny countryside village she grew up in after failing a teaching examination, the last straw after finding her life in Seoul stale and her romantic relationship unfulfilling. Another thing that’s stale? The food in Seoul. 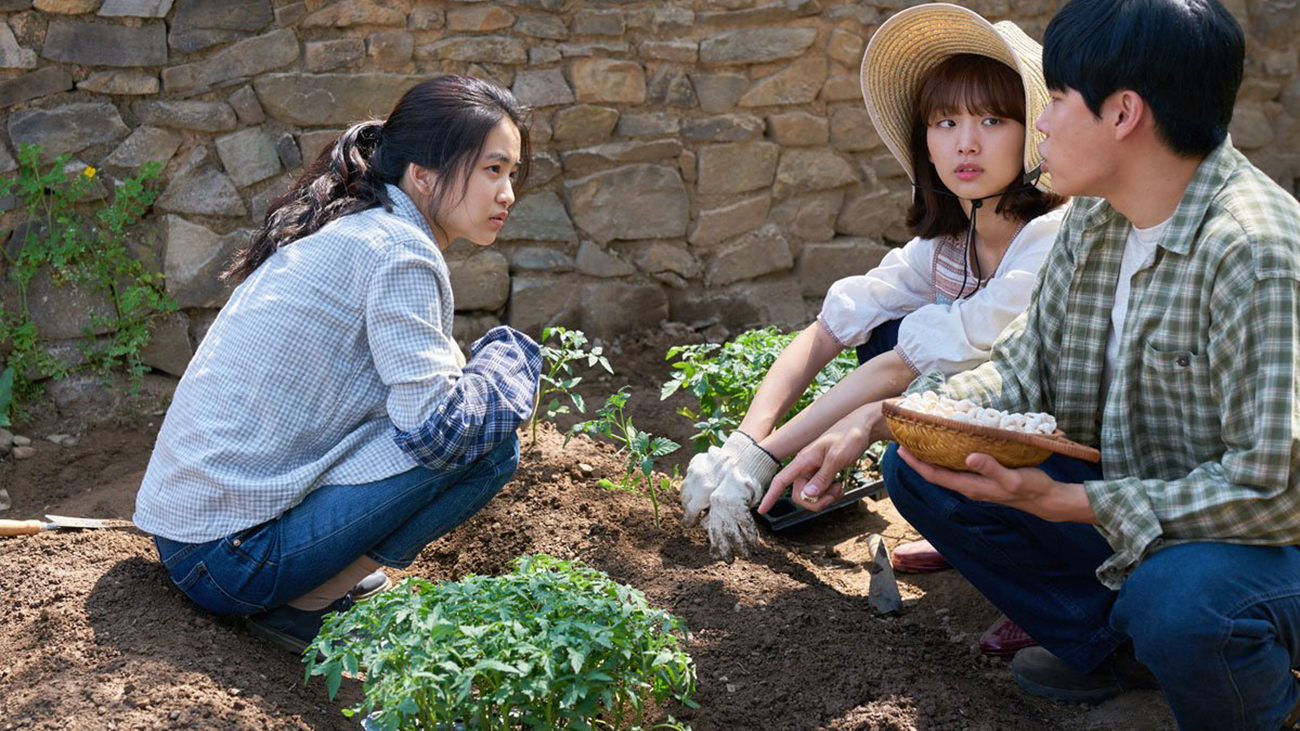 “Instant food didn’t fill me up. I meant it when I said I came back because I’m hungry.”

Much of the film is made up of Hae-won farming, plucking raw produce, preparing food and enjoying the food she’s made by herself or with friends. How these scenes are framed are simple and unassuming, mostly using overhead shots during food preparation and cooking with Hae -won’s voiceover on what the food means to her, especially in its seasonal context. Despite its simplicity, there is meticulous attention and care in the way the camera follows how food goes from the land, is prepared and finally consumed and shared with people, that it’s easy to see that the care we have for our food is a metaphor for how we treat ourselves and others.

Hae-won tells her childhood friend Eun-sook (Jin Ki-joo) that she returned because she was hungry and tries to not admit that she returned to the village because she felt like a failure. But there is truth in her excuse. Her finding the food in Seoul unsatisfying and lacking in nourishment is merely a symptom of her dissatisfaction with the rat race life in Seoul. The food she prepares with her own two hands fills her up and gives her joy. It rebuilds and heals her mind, soul and body.

More telling about Hae-won’s intimate relationship with food is its place in her relationships. Her boyfriend in Seoul tells his friends that she cooks lunch for him everyday, and they mock him, to which he hastily replies “Oh, I wished she’d use the time to study instead”. Hae-won cooks for the people she cares about, and when Hae-won overhears him saying that, she never cooks lunch for him again.

Back in the countryside, Hae-won is constantly making and sharing food with her two friends, Eun-sook and Jae-ha (Ryu Jun-yeol), and they reconnect over meals. One of the best scenes in Little Forest involves Hae-won’s preperation for a creme brulee, based off a recipe of her mother’s (played by Moon So-ri). It’s a joyful memory she has of her mother, and she uses the same creme brulee to mend the fences with Eun-sook after an argument. Hae-won’s mom tells her as a child, “Cooking reflects the heart”. When Hae Won cooks for someone, it’s because she cares about them deeply. You don’t make creme brulee for someone if you don’t love them. 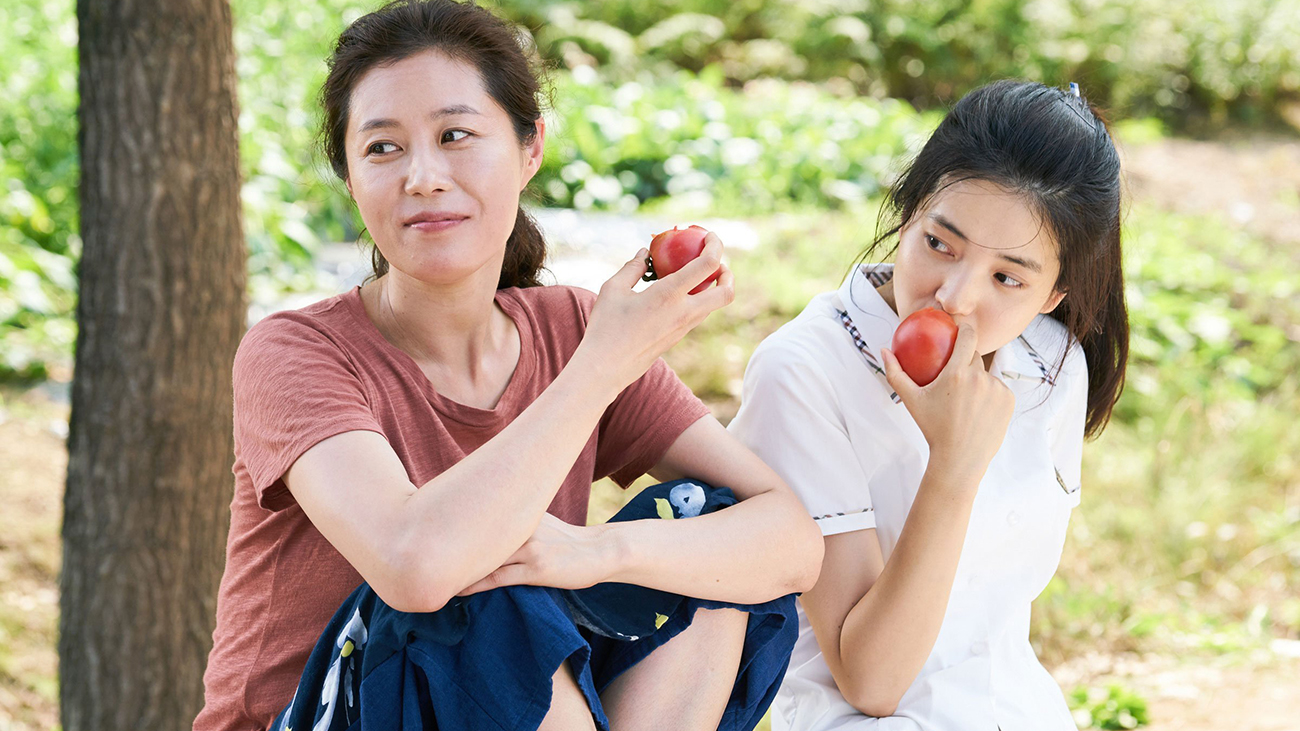 “Mum coming to mind everytime I cook. It’s like I’m always competing with her.”

When the film begins, Hae-won’s feelings towards her mother are complicated. She feels abandoned and resentful after her mother disappeared on her just before she graduated high school. But being back in the house she grew up in brings back so many beautiful memories she had with her mother. As Greta Gerwig put it about making her own mother/daugher film, Lady Bird, “I don’t know a single woman that doesn’t have the most complicated, crazy, beautiful relationship with their mother”.

Food is the heart of the relationship between Hae-won and her mother. The love both have for each other is all wrapped up in food. As a child, Hae-won thought her mother was a food genius, “inventing” recipes like okonomiyaki and creme brulee, only to realize when she is in Seoul that they weren’t original, leaving Hae-won feeling a mixture of exasperation and affection for her eccentric mother.

Food is also her mother’s legacy, as the recipes that Hae-won observed her mother make as a child, is adapted to her own take as an adult and shared with other people; –thereby creating her own unique legacy and relationships with food.

Ultimately, Hae-won comes to understand her mother’s intentions better, that in her own strange way, she wanted Hae-won to lead her own life and find her way back to her roots on her own terms without pressuring her. She leaves to give Hae-won that choice and to also finally find herself as a woman outside of being Hae-won’s mother after all the years following her husband’s (and Hae Won’s father) passing. 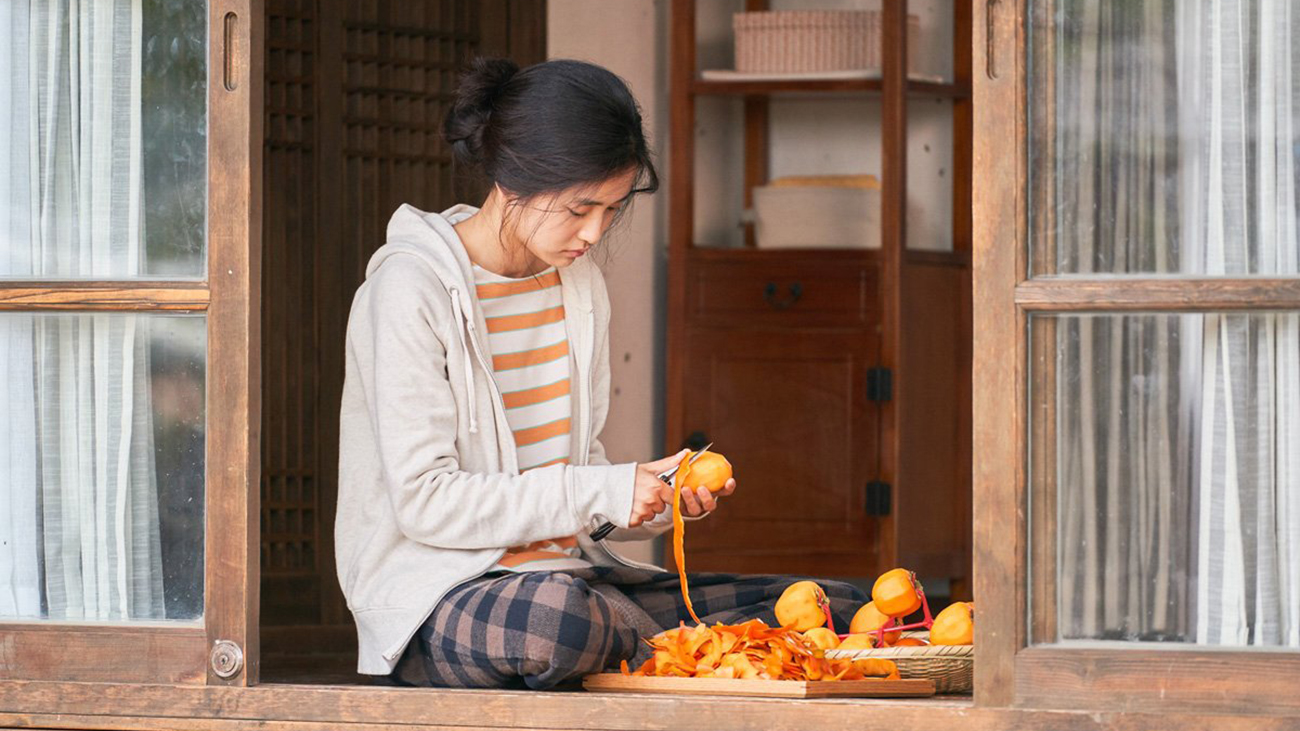 “Onions that endured winter are sweeter than spring onions.”

Sometimes you have to go away from what you know to know what you really need. If a major part of Little Forest was about Hae-won’s relationship with her mother, the other is Hae-won healing, growing and finding herself.

It is evident Hae-won has mixed feelings about returning to her little village. While she loves working on her own and cooking, she makes vague remarks about returning to Seoul. Like every country to city story, people from the village and herself included, regard thriving in Seoul as success. To return to the countryside implies failure. But ultimately, what the film shows us is that everyone grows at their own pace, and will thrive in the environment that best suits them.

Greta Gerwig has also said, “To me there’s something so inevitable about growing up and denying where you’re from and realising two minutes too late that it was a beautiful place.” Sacramento in Lady Bird is lensed with a warm, deliberate postcard quality. Similarly, the countryside where Hae-won grows up and returns to is lensed with so much natural light. Everything looks warm and cosy, even in her small home. In contrast, the flashbacks to Hae -won’s life in Seoul take place look cold and sterile, her apartment poorly lit and lacking in warmth and joy.

Hae-won’s return to the village where she grew up therefore is not a sign of weakness, as she eventually learns, and what she really needed – and that the city couldn’t provide – was nourishment for her soul, both literally and metaphorically. 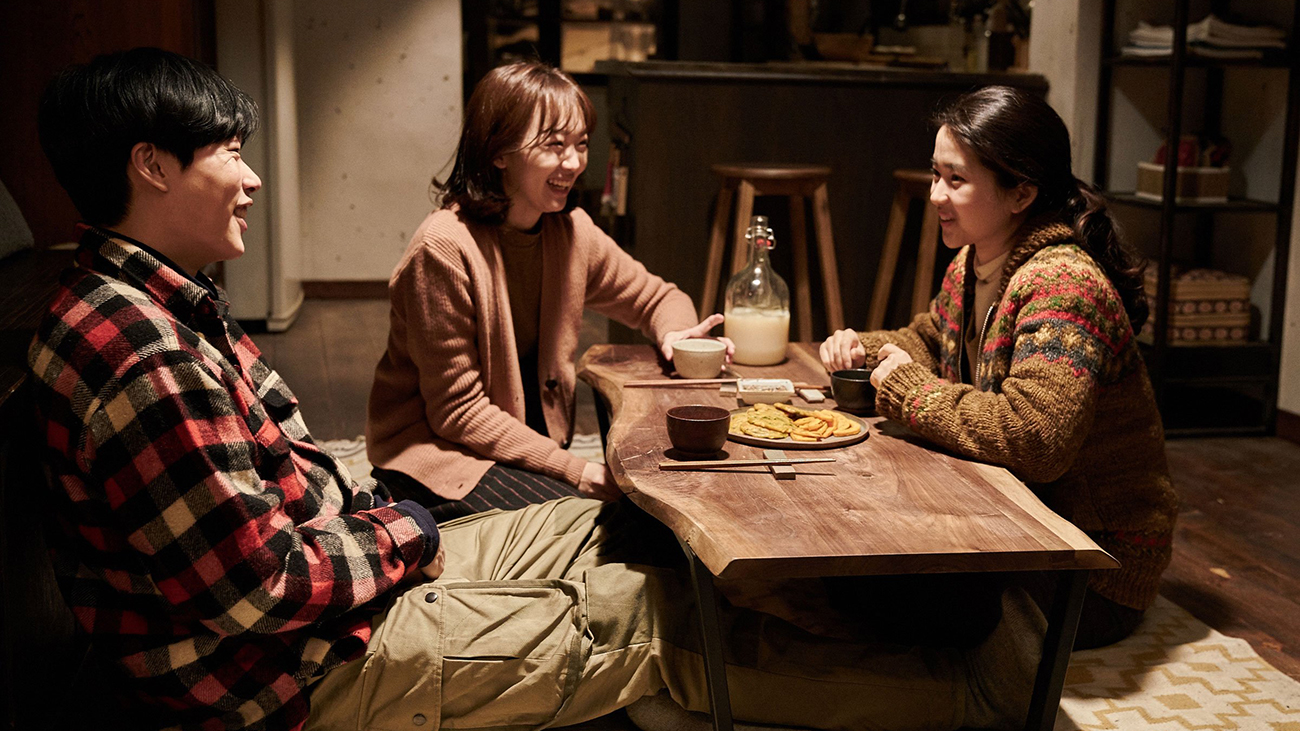 Food is the key to everything in Little Forest. Food is intimacy, it is communication, nourishment for the body and soul. It evokes memories; it is the bridge in relationships and it is in everything Hae-won does. Food is Hae-won’s relationship with her mother in that like cooking, it can be frustrating and complicated and elusive the way Hae-won’s mother is, but ultimately it can be the most rewarding, satisfying and beautiful thing.

Little Forest reminded me of two films. One, of course, was Greta Gerwig’s recent Lady Bird, in its excellent depiction of mother/daughter relationships. The other was the late Adrienne Shelly’s Waitress which was also was a female led, female directed film about using food to connect with people. These are small stories with a clear, focused point of view unique to women and their experiences and are deeply empathetic. They show women as flawed and complex and their relationships with each other as rich and multi-dimensional.

It is my hope that big or small in scale, these stories will continue to be told so women all over the world can see themselves reflected in art made by women and for women.