TJFF 2018 Review: Tremble All You Want

Our first love is rarely our last love, and for good reason. Akiko Ohku’s Tremble All You Want is a Japanese romantic comedy based on Risa Wataya’s bestselling novel of the same name. The film stars Mayu Matsuoka in the role of a 24-year-old accountant, Yoshika, who is obsessed with extinct animals and continues to pine for her eighth grade crush while dodging the advances of her co-worker. The film does its own trembling; it is quirky enough to be admired for its unique approach to storytelling, but never goes full quirky, which yanks it back from the edge of being memorable and renders it forgettable.

Yoshika refers to her romantic interests as “One” and “Two”, which ranks their importance but also the order they appear in her life. The Japanese word for the number one is “Ichi”, which is also the name of her eighth grade crush. For the past ten years, she has pined for Ichi (played by Takumi Kitamura), despite not having seen him once since middle school. After setting up a fake Facebook profile impersonating an old classmate, she arranges a class reunion and plots her opportunity to woo Ichi. Meanwhile, she is pursued by her co-worker, Kirishima (played by Daichi Watanabe), an easily excitable man who vomits immediately after asking Yoshika to be his girlfriend. He takes the completely opposite approach to love than Yoshika – he chases after his heart’s desire with shameless abandon, while she waits a decade before approaching Ichi. 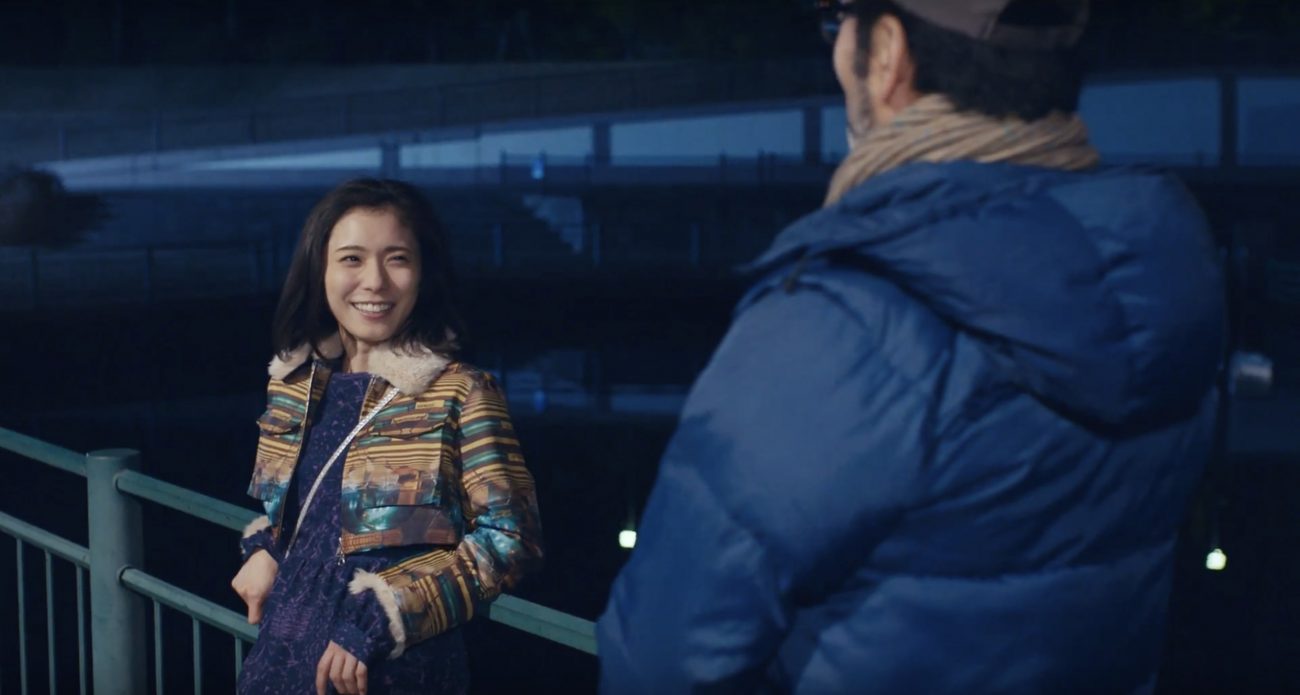 Yoshika plays a common female character in Japanese romantic comedies; innocent about the ways of love and clueless about adulthood responsibilities – but with an important twist. Yoshika is vocal about her wants and literally sprints away from a potential first kiss because she isn’t ready. Often times, female leads in Japanese rom-coms suffer all manner of abuse from their loved ones and their first kiss is forced on them. Maybe it’s by virtue of this character being written, and then directed, by a woman, but Yoshiko stands out among the typical characters in this genre. When she does have her first kiss, she is the one to lean in and steal it.

Idiosyncratic decisions keep the film unbalanced between reality and unreality, and help elevate it slightly above its redundant material to sustain the audience’s interest through a poorly deserved two-hour runtime. Throughout the film, Yoshika recounts her exploits to win Ichi’s heart to a cast of characters that are always encouraging and supportive; the convenience worker with a thick unibrow, the sweet old lady knitting on the bus, the doll-like waitress at a local café and a middle-aged man who fishes by the river day and night. We slowly come to realize these characters exist, but the socially awkward Yoshika can’t possibly be speaking to them and they can’t possibly care about her plans. Instead, she has entirely imagined her relationships with them. The film is also peppered with clever sound design choices that add a cartoonish quality to certain scenes.

The high point of the film is undoubtedly Matsuoka’s committed performance, as she carries Yoshika through manic highs and depressive lows without a false note. During the most gut-wrenching scenes, tight close-ups on Matsuoka’s crumbling face and tear-filled eyes are our window into her character’s splintered heart. Even when the film carries us through classic rom-com tropes and prolongs the ending we see coming a mile away, Matsuoka’s boundless energy in the role makes the journey to the end credits worthwhile. 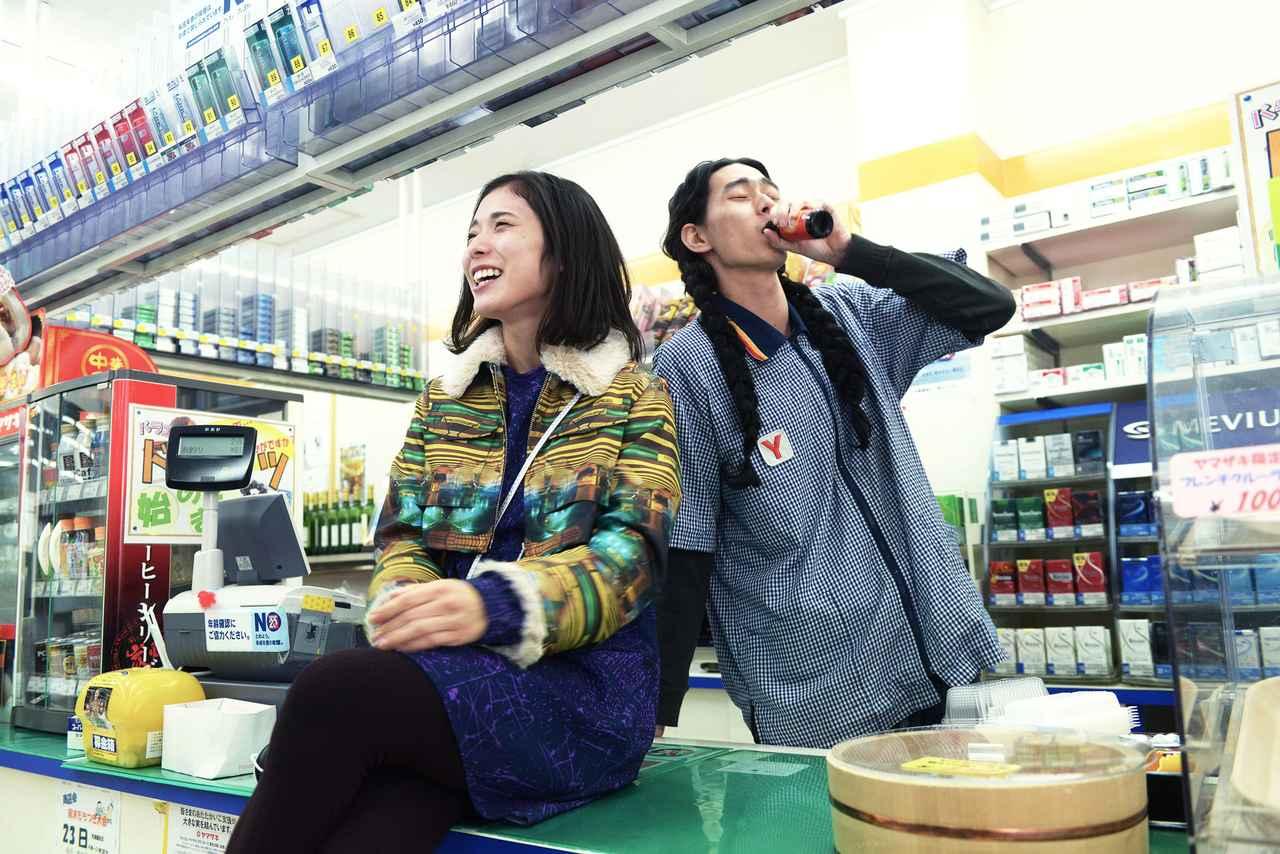 The film has a subtle message that perhaps came across clearly to me because I know it well; we romanticize our first love because those feelings are grounded in a time when we were young and saw the world open up before us with infinite possibilities, including the possibility of attaining our perfect love. Adulthood rubs out those fantastical ideas, but teaches us that love is miraculous because of its imperfection. It is two people, who are a little crazy in their own way, falling in love with each other’s craziness and saying, “Yeah, this is the person for me.”

It is hard to see the film perform well outside of Japan, as its style is strongly reflective of a live-action anime adaptation than a standard dramatic feature. And while the film is an entertaining romp, thanks mostly to Matsuoka’s charming performance in her first leading role, the lack of believable romances with either of her mates undercuts the romance aspect of this rom-com and the comedy is not much to remember either. Ultimately, you’re likely to find better standouts in this genre than Tremble All You Want. If the film has delivered anything, it is a star in the making by the name of Mayu Matsuoka.