Opening on text of its year of release (2017), based on a 1937 Kazuo Dan novella, and proudly showcasing a visual style reminiscent of 1970s Japanese cinema, Hanagatami feels ‘timeless’ in the most literal sense – that is, a film which transverses all boundaries of time. And yet director Nobuhiko Obayashi’s latest is also a product of its time – an intentional point made by Obayashi himself (see below block quote). Prior to its production in mid-2016, tensions between Japan and North Korea were high as a result of repeated rocket launches. Concern surrounding the possibility of war rose as Hanagatami was released in 2017, and in this context Obayashi’s three-hour examination of youth, romance, war, and mortality serves as a powerful, surrealistic anti-war film which encapsulates the lingering anxieties and devastating memories of survivors, including Obayashi.

“[In the 1970s] everyone had forgotten the war, and I realized it wasn’t the right time for the film…[Audiences are now] finally beginning to open their ears to what [the remaining survivors] have to say…I felt that [Kazuo] Dan’s and my father’s generation was telling me, ‘Now is the time. You have to make this film.’” – Nobuhiko Obayashi on why he made Hanagatami decades after he first wanted to (via Asia Times).

Obayashi delivers this message through the story of a group of teenagers in a small countryside town in Japan, analogising the turbulent relationships and emotion of youth with the broader sorrow of a nation in wartime. Seventeen-year-old Toshihiko (Shunsuke Kubozuka) moves from Amsterdam to Karatsu to live with his aunt Keiko (Takako Tokiwa) and terminally-ill cousin Mina (Honoka Yahagi). Toshihiko soons forms an odd group of friends, all of whom have their own secrets. Making up Toshihiko’s motley crew are class clown Aso (Tokio Emoto), the mysterious Kira (Keishi Nagatsuka), the steely-eyed yet kind-hearted Ukai (Shinnosuke Mitsushima), and Mina’s friends Chitose (Mugi Kadowaki) and Akine (Hirona Yamazaki). They spend their teenage days together throwing parties and picnics. But as war looms closer and Mina’s condition worsens, each character must come to terms with not just the inevitability of death, but its possibility of occurring before they even reach adulthood. 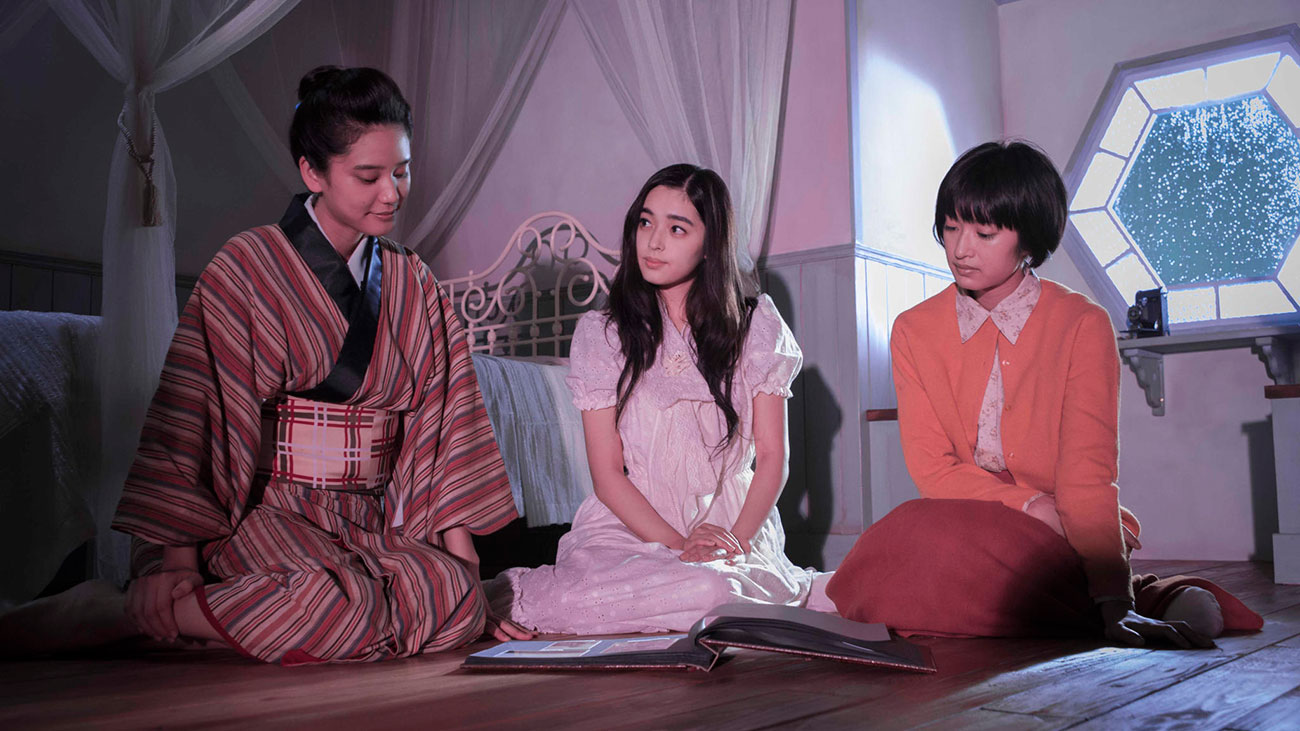 Contemplation of mortality and the purpose of one’s life during war is the centrepiece of the film, and is a point observed from many angles. While all characters seem to agree that being sent to war is a death sentence, how each man regards war differs. Keiko’s husband, who is diagnosed with tuberculosis, volunteers for duty so that his limited life remaining is not wasted. Meanwhile, the younger generation is more cynical, choosing to protest conscription through suicide and death. Their accompanying ideologies range from control over one’s life (“I will not accept that youth are dispensable!” says one teenage soldier before shooting himself) to cynical fear (“Die before you are killed. Who will eat us?” says Kira following a particularly brutal demonstration of the fragility of life).

Although the anxieties of adolescents troubled by conflict and sickness are sufficiently conveyed through narrative and dialogue, more impressive are how these themes permeate Hanagatami’s striking, often discordant, cinematic approach. Colourful, surrealistic sequences in which fields of singing children are filled with scarecrows of soldiers are among the most obvious of Obayashi’s efforts to communicate the destruction of youth in wartime.

However, the unsettling of everyday life is also embedded in the most mundane of scenes through deliberate cinematic choices which could be viewed as “wrong” in terms of traditional filmmaking. The actors look far too old for their roles, dissonant piano chords play over a repetitive classical soundtrack, the 180-degree-rule is often broken, and there is an abundance of distracting CGI, with characters looking ‘cut out’ from their environment. It’s initially overwhelming when combined with Obayashi’s more overt stylistic displays, but as the film continues, these incongruities, rather ironically, begin to feel natural and become a part of Hanagatami’s charm.

Some of the above story elements and cinematic techniques may seem familiar for those aware of not just Obayashi’s previous works like House, but also his personal circumstances. Just prior to production Obayashi was diagnosed with stage IV lung cancer. Much like how the sickly Mina ponders her meaning, Hanagatami feels like Obayashi’s consideration of his legacy. The passing on of one’s work in the face of the end happens several times throughout the film, the most telling instance being when Aso is recommended Sadao Yamanaka’s final film, Humanity and Paper Balloons, by his recently-conscripted teacher. 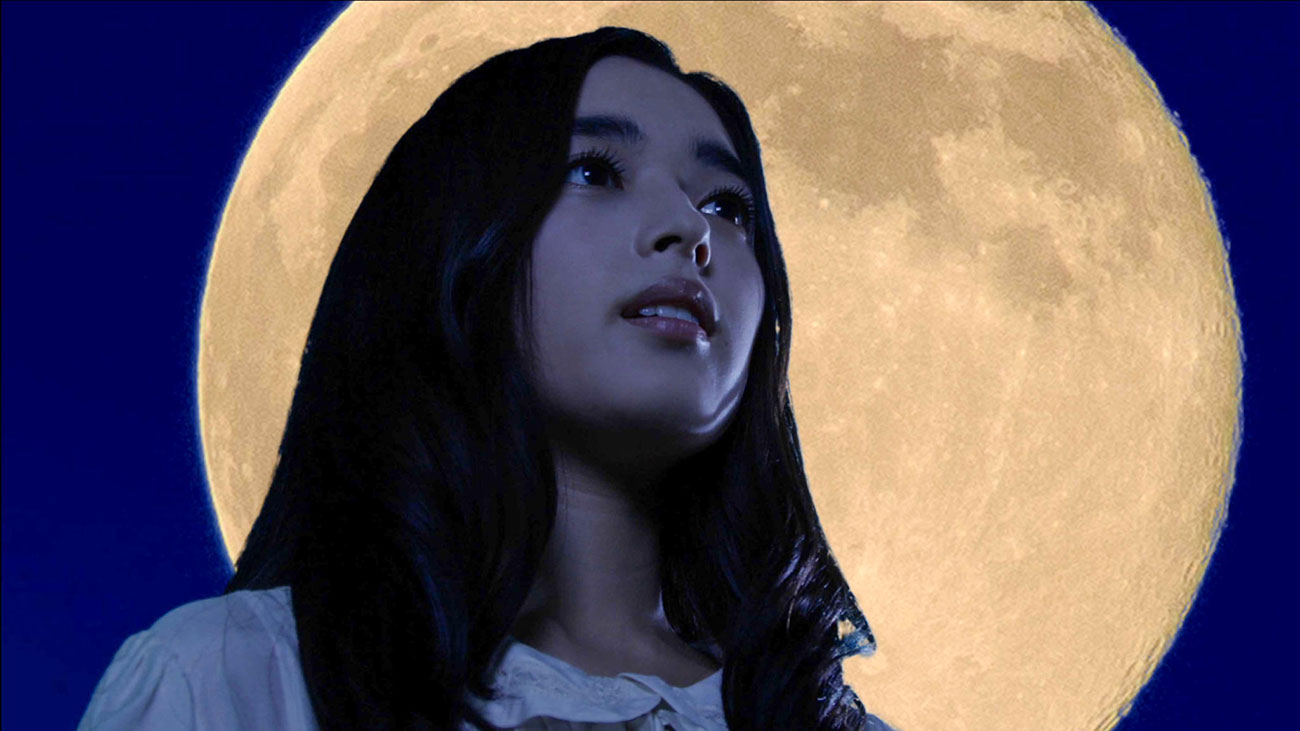 Similarly, Hanagatami as a whole feels like Obayashi’s possibly final gift to Japanese cinema. It is an encapsulation of his war-hating views, disorienting cinematic style, and reverence for the work of those who came before (“It’s not nostalgia, it’s heartache for all that’s lost!” says a title card over a black and white scene). In fact, the final poignant scene may act as a snapshot of all these aspects. The very fabric of the film is torn through – the set rotating to reveal Dan’s original novella and a noticeably empty director’s chair inscribed with Obayashi’s name.  This display of self-awareness at once ponders the role and power of the filmmaker (“I believe that my responsibility, my role, is that of conveying [a] peace message to the new generations,” Obayashi has said), while, hauntingly, emphasising the absence of Obayashi himself.

It’s a cynical, tempting interpretation considering the circumstances surrounding the production of the film. But given Obayashi’s reportedly improving health and the beginning of pre-production on his next war film, this is perhaps misguided. Regardless as to where it sits in Obayashi’s final oeuvre, as either a fitting conclusion to an illustrious career or a preview of what is it to come, Hanagatami’s immensely layered nostalgic tale of death and war will live on for future generations. As Obayashi, quoting the great Akira Kurosawa, said:

“Kurosawa used to tell me, ‘I will live until 400 years old, then I can confirm that all my film dreams will come true.’ That’s the destiny of the artist. He only lived to 80 years old but his films will live for much longer.” (via Tokyo Weekender).