Review: The World of Kanako

Before The World of Kanako, filmmaker Tetsuya Nakashima was known for work that was more contained and ‘smaller’ in nature. Confessions, one of his most famous films, might have had a vast and novelistic scope but ostensibly was a relatively small yet complex character-driven thriller. Similarly, cult favourite Kamikaze Girls was small in that it was a sweet story that chronicled the friendship of two teenage girls living in countryside Japan that dazzled with its distinct visual palette.

Though both examples are vastly different from one another, Nakashima’s latest effort attempts to merge the two into a schizophrenic reality-based fantasy conjured up almost entirely within the mind of its protagonist, Showa Fujishima (played by veteran actor Koji Yakusho). It’s also Nakashima’s first full-blown action feature too and though by no means as action-packed as other Japanese blockbusters, it’s still a far cry from the craftier stories he’s used to telling. 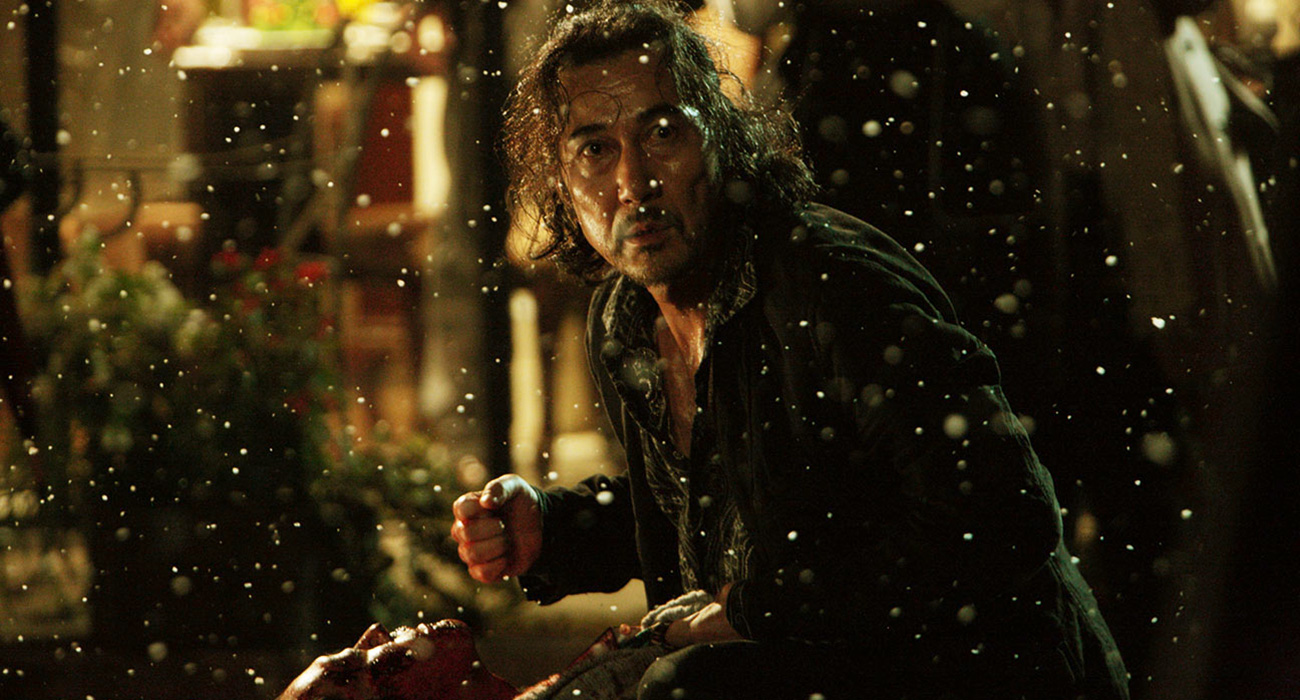 The result, in theory, should be a unique experience and to some effect, The World of Kanako can most certainly be called that. It is unrelenting and throws everything it can at viewers but underneath Nakashima’s visual storytelling is a film that’s unfortunately all too problematic for me to want to embrace; and I suspect this may be the case for many others too. I do recognise that it’s a bit hypocritical of me to personally say this about Nakashima’s The World of Kanako — especially when you take into consideration my adoration for the work of Sion Sono – but it’s a film that’s needlessly aggressive and very suspect with its treatment of female characters.

Working out to be something of a mystery, The World of Kanako sees former police detective Showa Fujishima track down his elusive daughter Kanako (Nana Komatsu) once he learns that she has suddenly gone missing. A mentally unstable drunkard, Fujishima’s investigation soon leads him to some strange people and even stranger places. And the further down the proverbial rabbit hole he goes, the more he is forced to question who is daughter truly is. 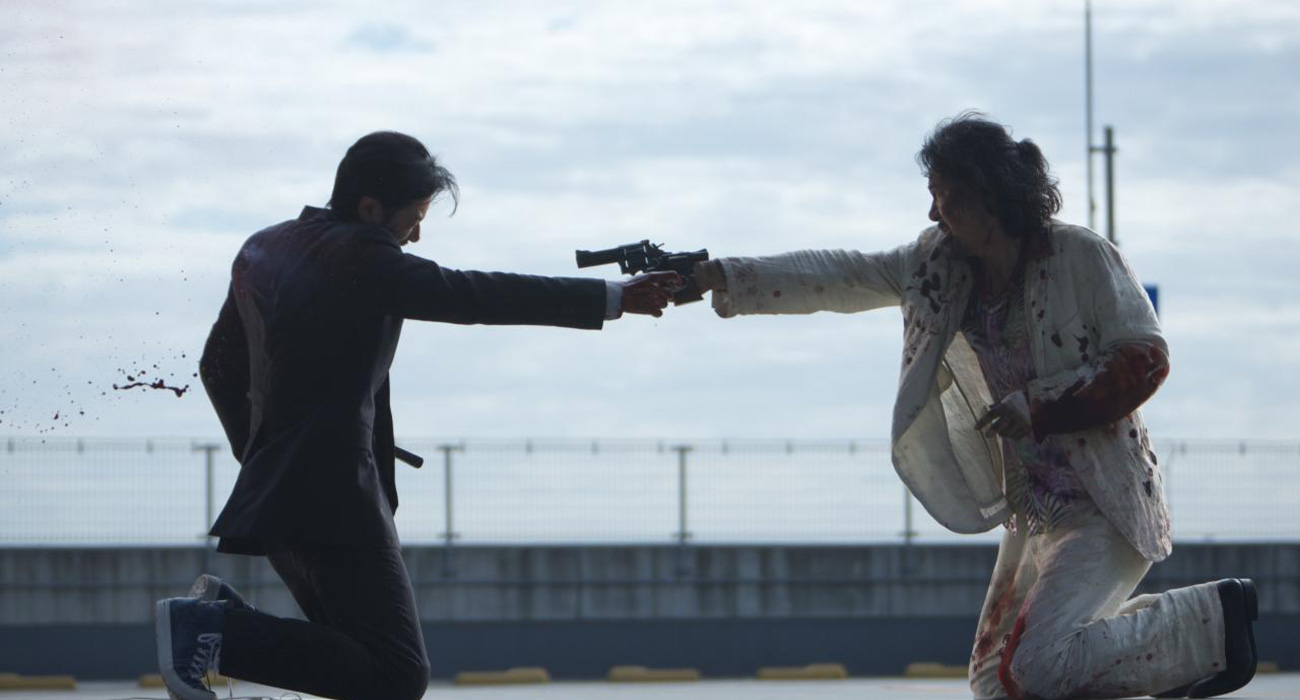 Along the way, viewers are subjected to Fujishima’s misogynistic behaviour as he routinely abuses women in his journey to reunite with his daughter. All of this amounts to scenes that are uncomfortable to watch; scenes that are far too excessive and in poor taste. This is truly a shame considering how well Nakashima has portrayed female characters and female relationships before, evidenced by Kamikaze Girls.

Furthermore, the film’s need to be as edgy and ‘cult’ as possible makes it feel more artificial than it ought to (though perhaps in some weirdly brilliant way, this is Nakashima’s way of telling the audience to look past its often vibrant veneer). The World of Kanako tries too hard to impress and is too obvious in its attempts to do so. Gore, cartoonish violence, disturbed characters, frenzied music sequences, rapid editing, sexual deviants — it’s almost as if the filmmaker had a checklist to tick off to try and please fans of Nakashima’s other cult contemporaries Takashi Miike or Sion Sono. 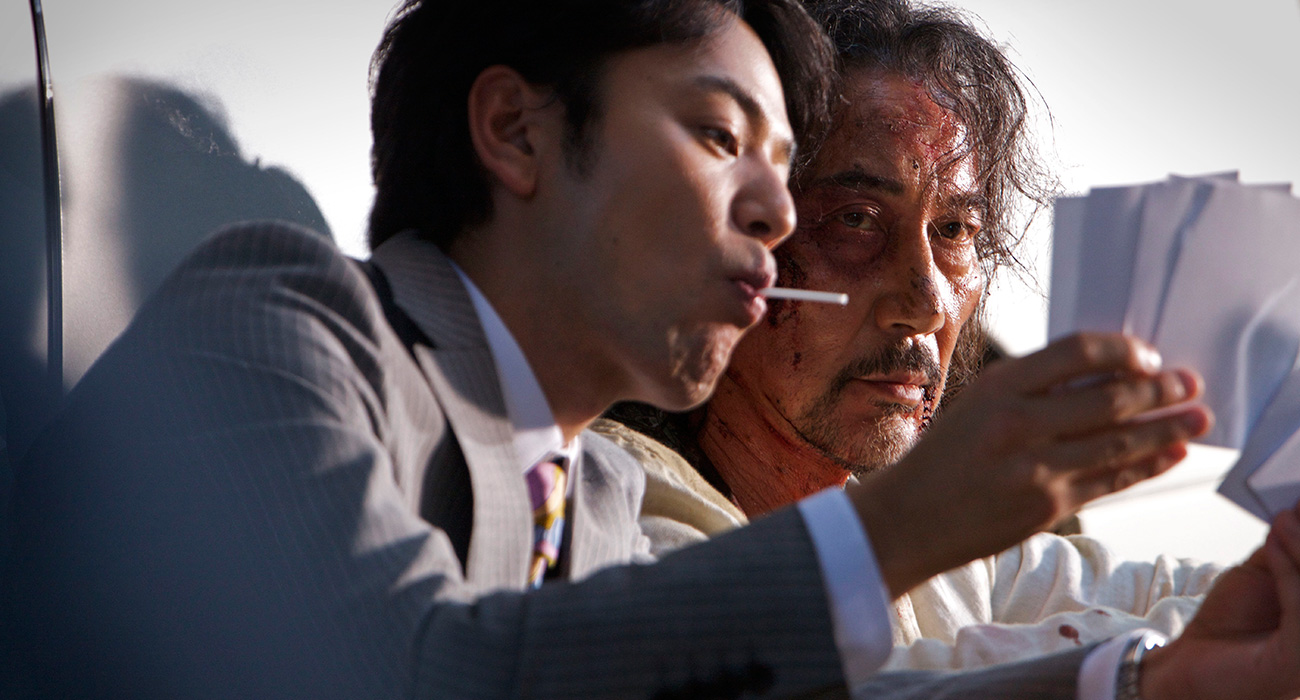 Still, there are some redeeming qualities. With a stacked cast of established actors and young up-and-comers to work with – the likes of which include Koji Yakusho, Nana Komatsu, Satoshi Tsumabuki, Fumi Nikaido, Ai Hashimoto, Aoi Morikawa, Jun Kunimura, Jo Odagiri and Miki Nakatani – Nakashima is certainly blessed to attract big names to this big yet fundamentally flawed project. While some stars are sidelined more than others, it’s at least comforting to know that despite the material, Nakashima’s actors are giving it their all. Yakusho throws himself into the role, Satoshi Tsumabuki is clearly revelling in his as a crooked cop and newcomer Nana Komatsu certainly carries an aura of mystery and intrigue by sheer presence (despite her sociopathic behaviour, her character however isn’t quite as wicked as the film makes her out to be).

Unsurprisingly, the film also offers plenty in the way of visuals even if it tries too hard to please. Its party sequences for example are fun to watch just based on what it throws onto the screen and are awash with colours and scenes you’d expect to see in some nightmarish purikura (all of which is set to a selection of music ranging from idol group Dempagumi Inc, electropop outfit Trippple Nippples and hushed rapper DAOKO). 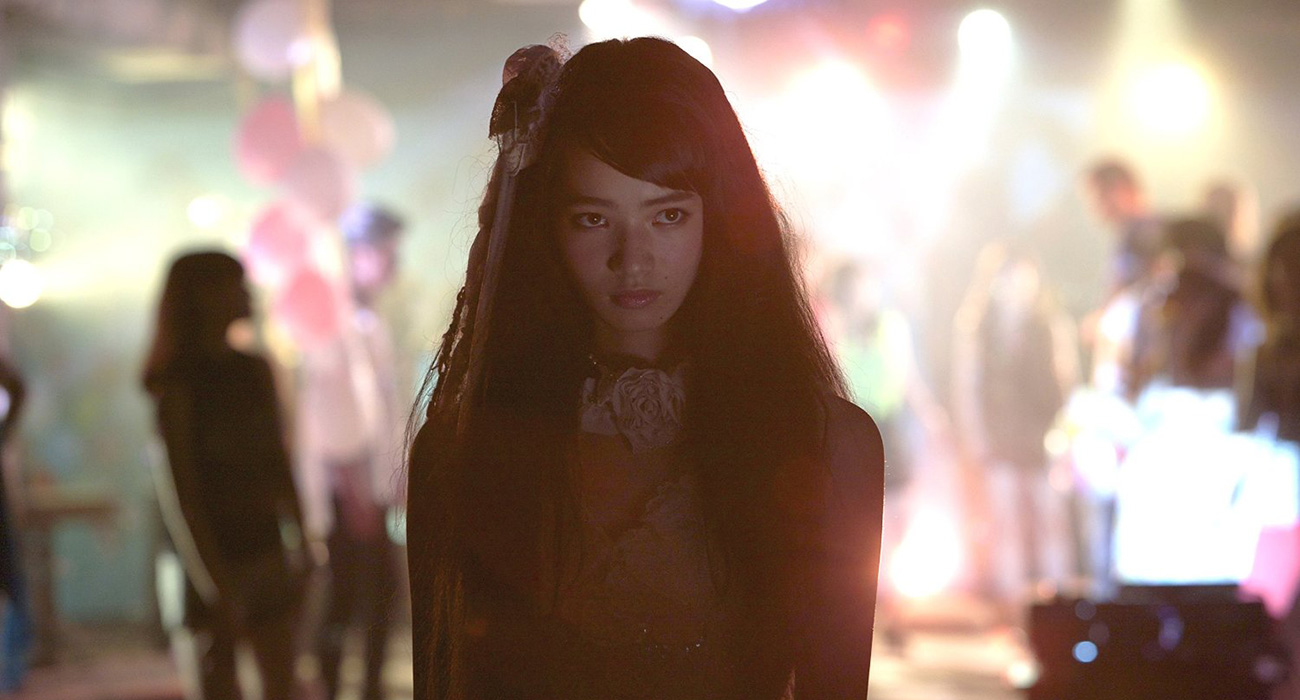 It’s a shame that the narrative presented here has to treat its female characters the way it does in order to project a sense of edginess but even outside of this, there’s an overwhelming emptiness within the film. And was that the point? Because like the character Kanako, the film feels nothing and just does things without rhyme or reason simply because it can. As an experience, it’s bleak but never challenging in the way that Miike achieved with something like Audition or Sono with Guilty of Romance. Those films are unique trips in their own way but are a lot more nuanced in its execution than Nakashima’s own.

I wish I could have liked The World of Kanako more because a lot of the elements here add up to the type of weird and wonderful Japanese films that myself and many fans around the world love but Nakashima’s obvious try-hard attempts to live up to the reputations of his crazy counterparts cheapens that effect. And in doing so, he’s created an even bigger problematic mess on his hands.