As the world awaits the arrival of that other sadomasochistic romance expected to be unveiled in 2015 (and on Valentines Day too, no less), it appears that one little Japanese film released in 1999 has already beaten it to the punch.

Director Akihiko Shiota’s debut feature film, Moonlight Whispers, is an intriguing Japanese gem concerning the relationship of two teenagers, Takuya Hidaka (Kenji Mizuhashi) and Satsuki Kitahara (Tsugomi), both of whom share a sexual awakening as the two respectively grow into their submissive and dominating sexual roles.

Shiota demonstrated his knack for subversive teenage stories with this first feature and continued to buck the trend in Japanese teenage dramas with his follow-up films, Harmful Insect (2001) and Canary (2005). With these three films, Shiota assembled a trilogy of teenage stories which focused on the vulnerability of teenagers and how that may directly affect their development during a transitional period. In Moonlight Whispers, this theme is exemplified through initial Takuya’s influence over Satsuki and eventually Satsuki’s power over Takuya. 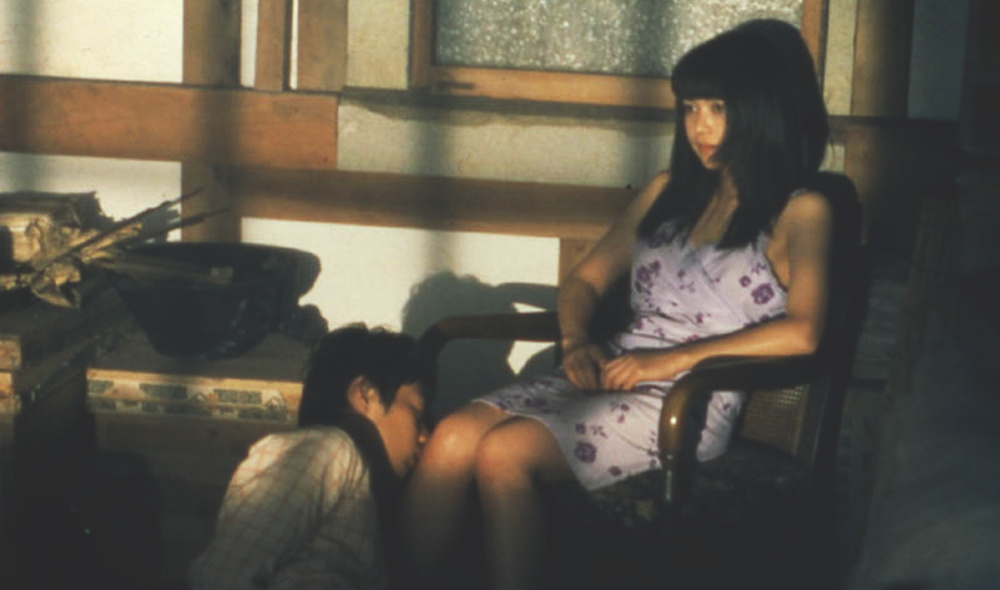 Beginning like any other innocuous teenage romance on screen, Takuya and Satsuki’s relationship is initially defined by the normal set of circumstances that befall any other teenage couple. They shyly confess their feelings to each other, share a first kiss and have awkward sex. However, after they’ve had sex for the first time Takuya feels he didn’t get what he really wanted out of it.

One afternoon, Takuya briefly leaves Satsuki in his room where she happens upon a drawer full of fetishistic material that Takuya has collected from Satsuki. Devastated and heartbroken, Satsuki retreats, calling out Takuya for being a pervert. Wanting to gain back her trust and approval, Takuya proclaims to Satsuki that he’ll do so by devoting himself to becoming her pet dog. Disgusted by his unusual request, she rejects his advances (unaware that she’s really giving in to his submissive behaviour) only to end up discovering that a part of her enjoys toying with Takuya’s emotions.

Though it may be easy to cry foul and say that Takuya’s obsessive behaviour towards Satsuki is rather criminal (we learn he’s followed her around for some time before they even started dating and that he continues to stalk her even after she leaves him), Shiota insists that Satsuki is the one who’s firmly in control throughout the film.

When they confess their feelings for one another, Satsuki is the one who leads – she walks ahead of Takuya, positioning herself closer to the camera to become the larger focal point and is also the first one to say how she feels. Then, when the couple have sex for the first time, it’s Takuya who is vulnerable to the will of Satsuki as he’s the one lying in his bed due to sickness. Small glimpses like these make Satsuki’s sexual awakening feel quite natural and even empowering to her character; leading to an interesting inverse of gender roles in sexual relationships and a rather frank depiction of a sadomasochistic relationship (one without all the kinky equipment people stereotypically think of when it comes to this type of relationship). 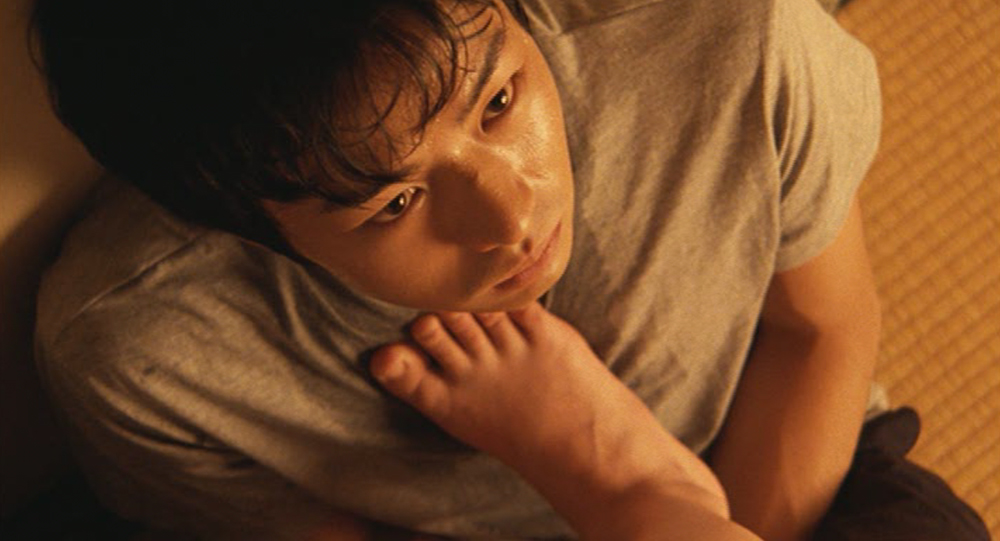 The actors are very good in their roles but one can’t help but feel that stronger direction for some of the critical moments of the film, particularly its surprising climax, could have elevated the actors to even more convincing grounds. That said, the film does trap itself within melodramatic territory at times which can hurt Shiota’s character study. Given that the film is something of a subversion of the high school melodrama genre, however, these trappings are somewhat understandable but still dampen its compelling study of sexual awakening.

Despite its subject matter, Shiota’s film is surprisingly light and admittedly an easy watch. Alarm bells often ring when one imagines the type of relationship that the two characters in Moonlight Whispers share but Shiota doesn’t ever fetishise components of Satsuki and Takuya’s relationship. He humanises their relationship instead, turning something that might sound harrowing into something more believable and even innocent – hardly casting shame onto his characters for being honest with their sexuality.

Of his three early teenage dramas, Moonlight Whispers is arguably the strongest and doesn’t meander too much compared to his follow-up films. Shiota marked his arrival with this compelling feature, even if it falls short of greatness due to its occasionally stifled pacing, which only makes me wonder why the filmmaker hasn’t continued to making daring films like this.