Review: The Kingdom of Dreams and Madness

If you had told 2006 Hayley, who at that time was slowly losing her mind writing her honours thesis on the films of Hayao Miyazaki, that one day there was going to be a gorgeous documentary that took you behind the scenes at Studio Ghibli and tracked the making of what may be Miyazaki’s last film, she would have knocked you out and stolen your time machine right then and there.

Indeed, that would probably be the reaction of most die-hard Ghibli fans regardless of the space-time continuum, and The Kingdom of Dreams and Madness, directed by Mami Sunada, offers invaluable insight into an animation kingdom that has captured the minds of children and adults with such classics as My Neighbour Totoro, Spirited Away, Grave of the Fireflies and countless others. 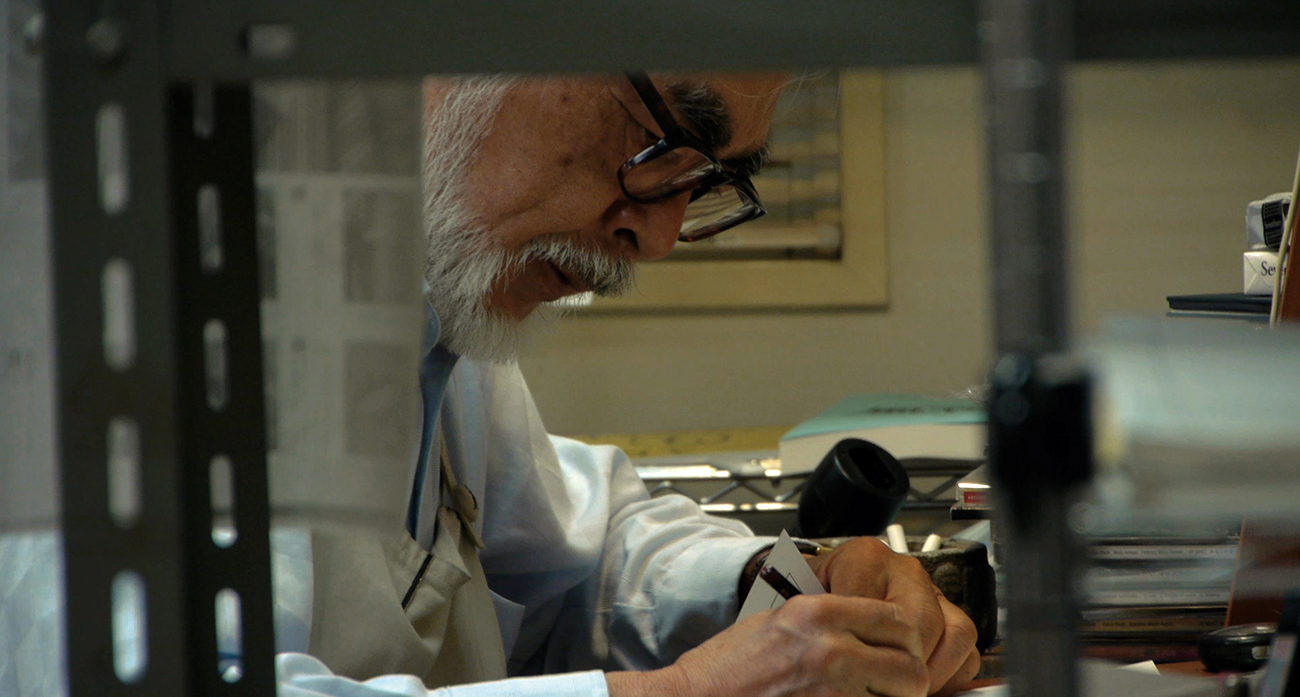 Tracking the production of The Wind Rises, Sunada’s documentary primarily follows Miyazaki as he struggles to transform the images he sees in his head onto paper, and then communicate that vision to his fellow animators. Miyazaki is an idealist wrapped in a protective outer coating of diligence and pessimism. He works a strictly timed routine every day bar Sunday, and throughout the film is frequently grumping to the camera about whether it’s even worthwhile to make films these days.

There is the sense that the main theme of The Wind Rises, that of attempting to retain artistic integrity against outside sources that can taint art and skew it towards darker purposes, is a question that haunts Miyazaki on the regular. He finds himself questioning on camera the “beautiful yet cursed dreams” that are films, a medium that he feels can no longer exact real change upon the world. Given how preoccupied his previous work has been with themes of the environment and its preservation, it is unsurprising that the Fukushima nuclear disaster has affected him deeply, to the point where he doesn’t quite know how to process it. Artistically “I’m a man of the twentieth century,” he says. “I don’t want to deal with the twenty-first.” 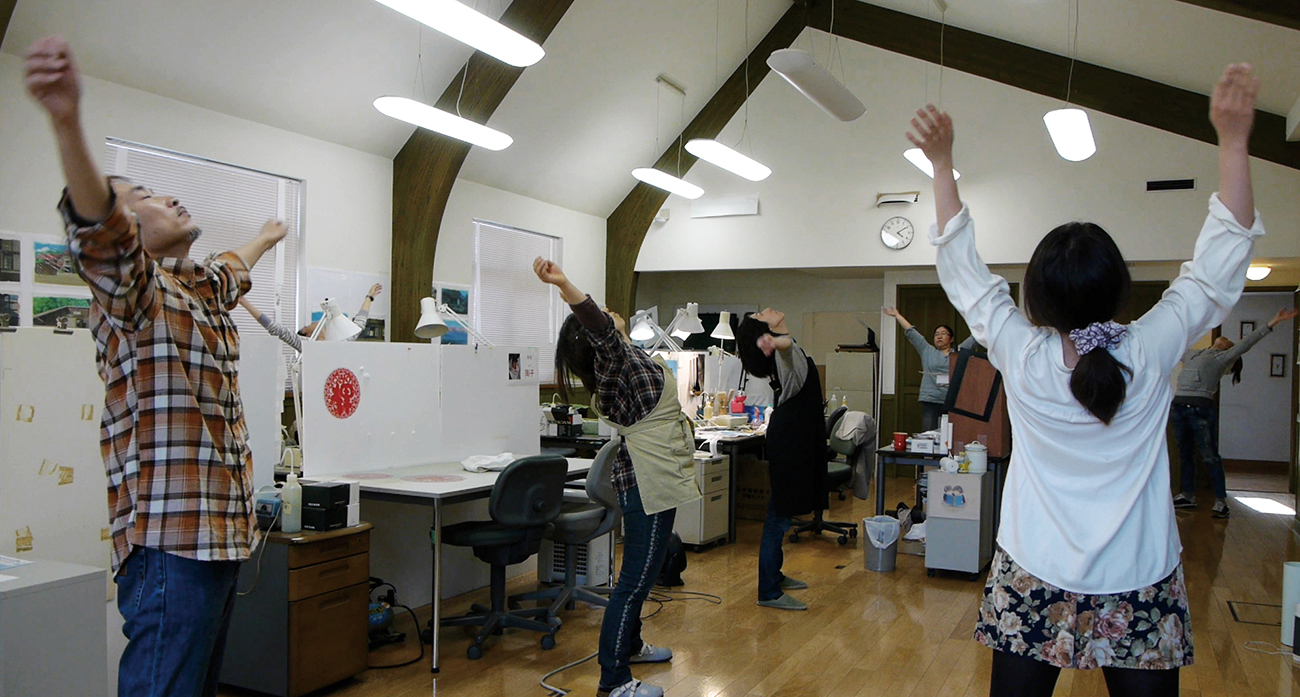 Focusing on day-to-day production at the studio, the documentary largely lacks any grand overview of Ghibli’s history that takes in its entire animated output which may frustrate purists, but this year-in-the-life approach reveals much more about the studio’s processes than something more overarching. As well as seeing Miyazaki work on The Wind Rises, there’s focus on producer Toshio Suzuki who sheds light on the wider Ghibli machine – from merchandising to publicity tours to hiring voice actors and wrangling all the various artistic egos that reside under Ghibli’s roof, not just Miyazaki, but also the shadowy Isao Takahata, Ghibli’s other master director most famous for Grave of the Fireflies.

Takahata is somewhat of a ghost hovering over the film, a mostly unseen poltergeist whose production on the film that would become The Tale of the Princess Kaguya becomes somewhat of a spurring point for Miyazaki to strive to finish his film on time and triumph over his friend and rival (some of the most wryly funny parts of this film come from various players’ exasperated comments about Takahata’s famous inability to actually finish the films he starts). It’s a reminder that although the two animators founded Ghibli together, there has always been a sense of competition between them – without Takahata taking Miyazaki under his wing originally there would be no Miyazaki as we know him, but there is the sense that although Miyazaki respects Takahata there is also an underlying desire within him to best his former mentor. 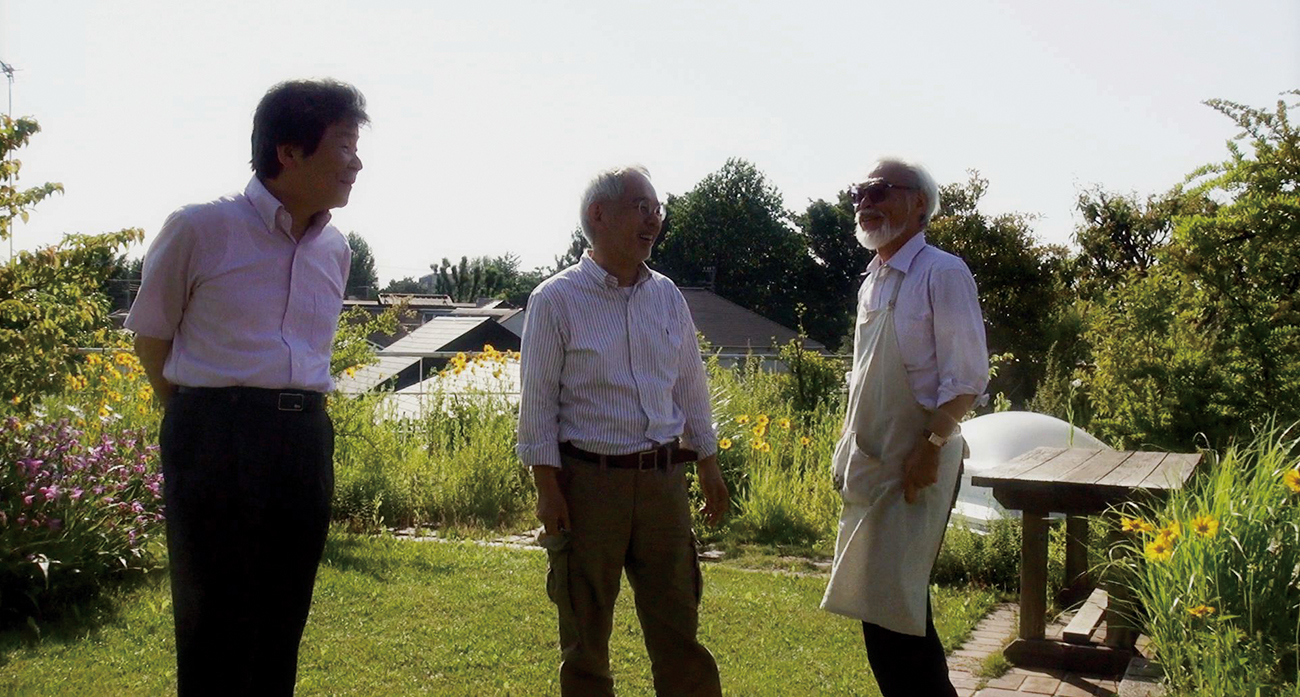 At nearly two hours, Sunada’s documentary is as expansive as many of Ghibli’s own features, and offers an invaluable peek into one of the most influential film studios in the world. To see a master such as Miyazaki through the whole process of creating what may be his last film (we do hold out hope for more, of course), culminating in an emotional premiere, is an extraordinary journey. It has caused me to personally want to revisit The Wind Rises, a film that on first watch I was lukewarm about, but now through the context provided in The Kingdom of Dreams and Madness I feel may now appreciate with new clarity.

As well as being an entertaining, informative and well-structured documentary, Sunada has created an important cultural document that pulls back the curtain on some of the greatest minds in contemporary animation and does so with honesty, humour and, most importantly, with an appropriate level of focus on the studio’s resident cat, Ushiko. If Studio Ghibli has taught us anything, it’s that cats will always help to uncover the most intriguing parts of a story.

The Kingdom of Dreams and Madness is currently available to own on DVD thanks to Madman Entertainment.