In present day Taiwan, Sei (Gigi Leung) learns her best friend Ling has passed away suddenly in a car accident. The two share a close history with one another, having developed their relationship in ’90s Macau where a large portion of Sisterhood, the new film premiering at this year’s Melbourne Queer Film Festival, takes place. Upon hearing this news, Sei returns to Macau, the city she left 15 years prior, to confront her past and the unresolved emotional breakup with Ling.

Sei’s story of reconciliation is a reflection of Sisterhood’s director’s own background — filmmaker Tracy Choi was born in Macau and educated in film schools in both Taiwan and Hong Kong. Her debut feature is an observation of youthful relationships, one that’s steeped in the same nuance that has become a signature of Taiwanese cinema. Meanwhile, the energy of the ’90s set Macau scenes recall the best of Hong Kong cinema. But more than this, Choi provides to audiences open to embracing Sisterhood with a delicate new take on the co-dependent female friendship narrative by placing it against a fascinating cultural backdrop.

Through Sei and Ling, Choi and writer Au Kin-yee weave a larger story that acknowledges the history between China and Taiwan by paralleling the political drama in the background with both characters’ intimate relationship in the foreground. 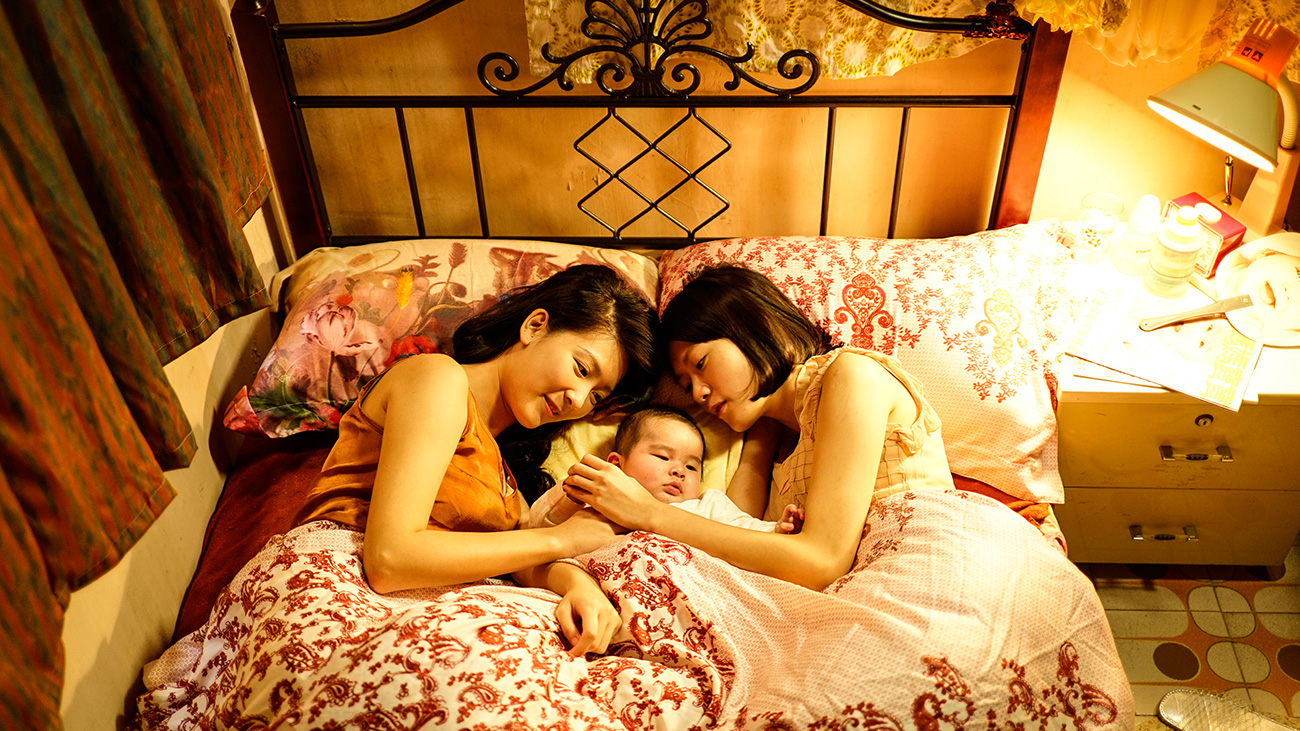 The turning point of Sisterhood, for example, clashes on the same day of Macau’s return to sovereignty which then sets into motion events that lead to a breakdown in communication between Sei and Ling. Sei leaves Macau for the newly flourishing Taiwan, while Ling remains in Macau (under the guise of returning to China). In both scenarios, no right or wrong answer is assigned to each woman’s decision.

For Sei, her choice to move to Taiwan symbolises her break from Ling and the end of her youth. She has no choice but to be independent from Ling. Fifteen years later, Sei returns to the places where she flourished as a youth, finds closure in her relationship with Ling and begins to start afresh back in Macau. But in that moment on December 20, 1999, her only option was to go. Ling meanwhile decides to stay in Macau out of maturity and responsibility to her child.

It’s a story that also brings to mind Peter Chan’s 1996 romantic drama Comrades, Almost a Love Story and to help Choi realise her vision, she enlisted some of Johnnie To’s most frequent collaborators, including cinematographer Cheng Siu-keung. Together with Cheng, Choi uses spaces to capture the emotions and relationships of the film’s characters. The massage parlours that a teenaged Sei works in are claustrophobic and sleazy when lit with a sickly fluorescent yellow light, but cramped dormitories become places of warmth where the girls bond through “lived-in” touches — these include, photographs of Leslie Cheung, mismatched wallpaper and packets of half-eaten black melon seeds. 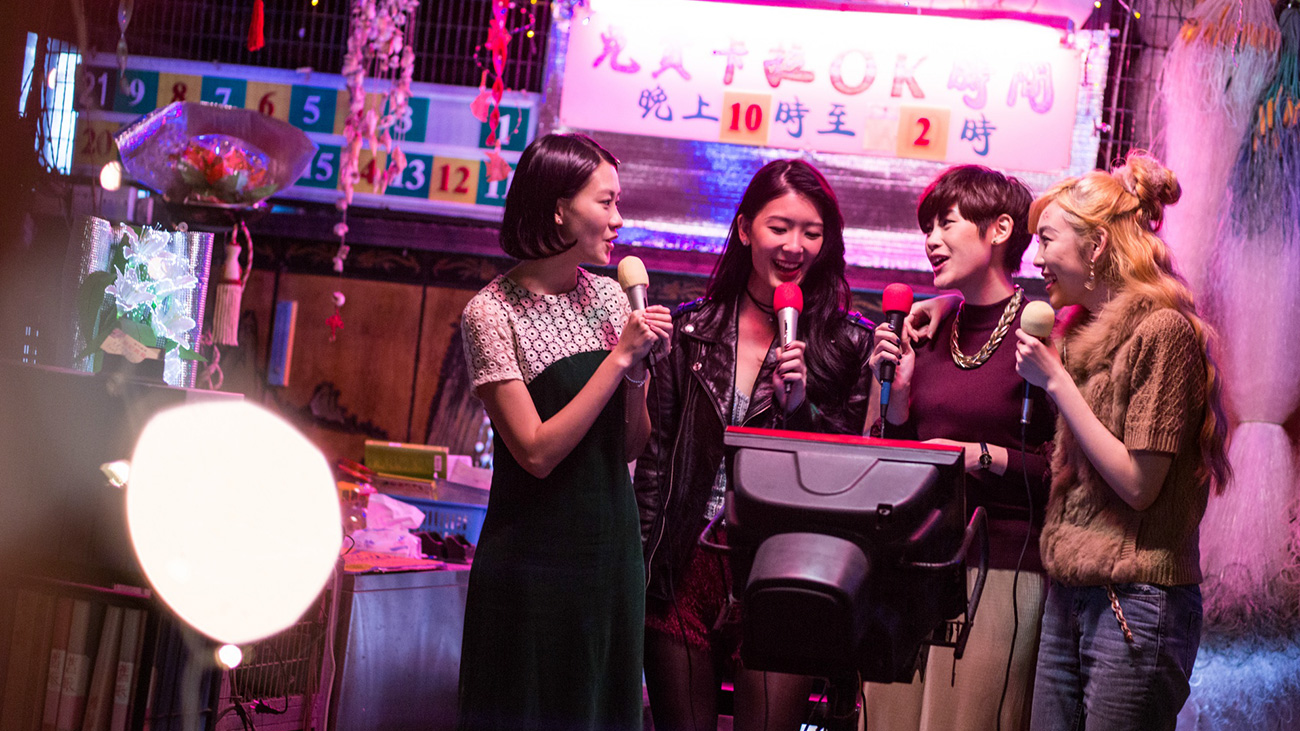 The film also often uses bars on windows and fences to symbolise confusion, feelings of being trapped and emotional distance between characters, not unlike that of Wong Kar-wai and Christopher Doyle’s work in In The Mood For Love. This however, is subverted in an instance during the midpoint of the film, where Sei and Ling make the decision to raise Ling’s baby together out of the turmoil of an unwanted pregnancy. A long voyeuristic shot through steel bars is followed by a medium shot of the two characters coming to that decision and embracing, even as Ling says, “I’m really scared. I’m really, really scared”, before the camera cuts back to the long shot between the bars where Sei replies reassuringly, ”We’re in this together.”

Actors Liew and Sei also perform well in Sisterhood. Liew strikes the right balance of naivete and sincerity in Sei, while Yu brings both warmth and edge to her performance as the hard-partying but good-natured Ling.

Choi’s eye for detail is strong and her voice as a female filmmaker is crucial, especially as an Asian female filmmaker making stories about queer female characters. The best stories told aren’t always the ones that escalate drama or heighten tension but those that provide a unique angle on familiar material and on that front, Sisterhood delivers. It is worth noting that Sisterhood is one of three Asian films selected for MQFF 2018 – all three are directed by women. This itself is no doubt a significant quality worth celebrating. So while Sisterhood may not appear to be a groundbreaking experience for many, it certainly shows off Choi as an important new voice in Asian filmmaking.