Kiyoshi Kurosawa is still finding new directions to take his already varied catalog. For his newest film, Wife of a Spy, the acclaimed auteur has stepped back in time to craft his first period piece set in early 1940s Japan. He has already shown his strength at manipulation with films like his masterpiece Cure, so an espionage drama is an exciting and logical way for the director to stretch himself further. In addition, Kurosawa penned the script alongside the excellent screenwriting duo of Tadashi Nohara and Ryūsuke Hamaguchi, two of the creative forces behind Hamaguchi’s renowned Happy Hour. Built around a small cast of characters but involving the fates of millions, Wife of a Spy follows Satoko Fukuhara (Yū Aoi), who begins to suspect that her merchant husband Yūsaku (Issey Takahashi) and nephew Fumio (Ryota Bando) may be secretly working for the Allies after returning from Manchuria. Complications are compounded by Yasuharu Tsumori (Masahiro Higashide), an old friend turned military squad leader, who suspects the same thing.

Distance has been a running theme throughout Kurosawa’s work and is on full display in Wife of a Spy. Like the dysfunctional family of Tokyo Sonata or the lonely teenagers of Pulse, Satoko finds herself strangely detached from her husband and doubts her ability to trust him. Yūsaku is a self-described cosmopolitan with obvious Western predilections who does business with non-Japanese clients. Everything from the clothes he wears to the whiskey he drinks is boldly individualistic at a time when the Imperial government is tightening its grip on the Japanese people. Satoko has proudly stood with him in this regard, but her husband’s travels on the mainland appear to have changed him in some way. His Western sympathies are so loud and obvious there is no way he could possibly be a spy for them. Or could that be the perfect cover, enabling Yūsaku to trade silk as well as information with foreigners?

The couple’s large home allows for great chasms to come between them and is amplified by the distance Kurosawa often keeps between his camera and characters. The script drops a cheeky reference to “Mizoguchi’s new film,” a reminder not only of the exact placement of the film’s story in the established account of history, but also of the early Japanese master of long takes and mise-en-scène, techniques Kurosawa has long employed in his sizable filmography. Wife of a Spy is no different, often allowing the drama of the dialogue-heavy script to play out uninterrupted. The film marks the first collaboration between Kurosawa and cinematographer Tatsunosuke Sasaki, who frames these moments well with understated but precise camera movement. However, the overall look of the film has an anemic quality to it and is rather bland by Kurosawa’s standards. This is due in no small part to the digital sheen created by Sharp’s new 8C-B60A 8K camcorder, which captures the recreated 1940s with a rarely seen level of modern detail unmatched by the remaining scale of the project. 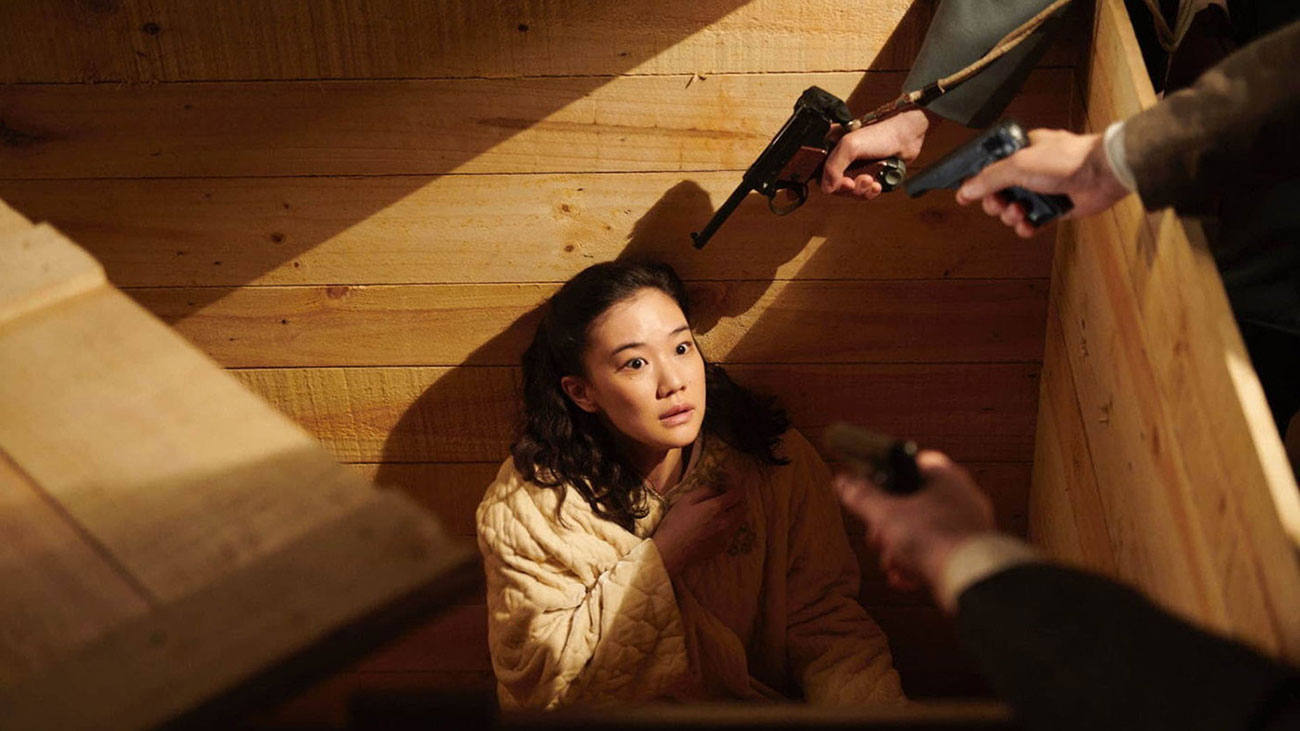 Before earning Kurosawa the Silver Lion at the 77th Venice International Film Festival (an honour coincidentally shared with Mizoguchi), Wife of a Spy was created for and premiered on Japanese television. The scale and limited locations unfortunately reflect the stereotypical attributes of such a production. Many events happen offscreen because the story is built on mystery rather than action. This lends the film nicely to a television budget, but Yūsaka is given so much screen time that much of the intrigue behind his character is undercut. Despite Kurosawa’s solid directing of the individual scenes, particularly when he is able to momentarily dip into his horror roots, the script does not afford him much room to play with the film’s own premise. Before long, Wife of a Spy pivots away from its own concept in favor of something a bit less interesting, overly drawn out, and peppered with occasional moments of confusion.

Clocking in just shy of two hours, Kurosawa gives his audiences plenty of time to get to know the Fukuharas. Yū Aoi and Issey Takahashi exhibit great chemistry in their gorgeous period-accurate outfits and are able to seamlessly switch between being believably in love and deadly serious. Aoi in particular sells some very difficult character turns with fervor, even if the script’s requirements feel sudden and out of left field at times. Satoko makes several very consequential decisions throughout the narrative, but the film’s second half strips much of her agency, often being told what to do and when. Nevertheless, the pair works as an effective vessel for conveying the central themes of loyalty to justice over loyalty to country and dare to explicitly call out Japanese war crimes.

Kiyoshi Kurosawa has crafted a fine film with Wife of a Spy, but that is all it is—fine. The bifurcated structure creates two decent halves that could have become one great whole had the film committed to one of its directions earlier. It is admirable for being a female led World War II tale of espionage and duplicity, but it cannot help but feel like a missed opportunity for something more suspenseful and impactful. The complex patriarchal weight borne by a spy’s wife is given occasional lip service, but this dynamic goes largely unexplored with the television film’s limited cast of characters. Even though basic knowledge of the war’s Pacific Theater betrays the eventual result of the film’s second half long before credits roll, the interpersonal relationship of a fictional marriage set to the backdrop of impending national conflict is rife with potential that is not fully exploited. Kurosawa’s films always simmer, but it feels like Wife of a Spy was removed from the burner just as things were beginning to heat up.